A Bureaucrat Caught in Political Crossfire

The unseemly tussle between the Government of India and the Government of West Bengal over the Chief Secretary of the State – on the eve of his retirement – was not only unprecedented, it left a bad taste in the mouth.

However much the Centre may deny it, the facts of the matter point to only one reason behind this bizarre tug of war over Alapan Bandyopadhyay. And it seems to have little to do with the officer himself and more with the election results, where the BJP was unable to oust Mamata Banerjee in what had become a highly acrimonious election battle.

Although Banerjee has won the election, during her two terms in power many of her colleagues in the party and government – the rank and file not excepted – were mired in myriad malpractices and corruption. Some of these cases, such as the Saradha chit fund and the Narada sting operation scams, are still under investigation.

It is not surprising that following the BJP’s failure to oust Banerjee from power, the central agencies have slumped out of their hibernation and are showing some progress in these cases. The arrests of some TMC stalwarts (later released on bail by the High Court) are mere beginnings. More such action is likely.

The latest episode concerning the Chief Secretary should be seen against this canvas.

The matter is pretty simple. The Prime Minister was to meet the Chief Minister at Kalaikunda, an air force base in West Bengal, to take stock of the impact of cyclone Yaas which hit Odisha and Bengal on May 28.

The CM, along with the State’s Chief Secretary Alapan Bandyopadhyay, went to the meeting, but the CM was peeved by the presence there of the BJP’s Suvendhu Adhikari – who had defeated Banerjee at the polls and is now leader of the opposition in the Assembly.

The CM had a brief conversation with the PM, handed over some papers on the devastation caused by the cyclone and then, according to her version, took leave of the PM to visit Digha, a coastal town, also devastated by the storm.

The Chief Secretary too left with the CM. There was no presentation to the PM about the cyclone’s effect on the affected districts of West Bengal. Subsequent events indicate the PM was far from amused.

The Chief Secretary was due to superannuate on June 1, but the Centre had granted him three months’ extension at the State government’s request. However, following the Kalaikunda episode the Department of Personnel & Training, which is directly under the Prime Minister, asked the Chief Secretary to report to it in Delhi on May 31, his last day in regular service.

The State government refused to release him. Caught in the Centre-State crossfire, the officer thought it best to retire in the usual course rather than accept the extension. By doing so he avoided the requirement of reporting to the DoPT.

Mamata Banerjee immediately appointed the retired officer ‘Chief Adviser to the Chief Minister of West Bengal’ for a period of three years.

Bandyopadhyay’s ordeal has not, however, ended with his retirement from the service. Now, the Union Ministry of Home Affairs has issued him a notice to explain why action should not be taken against him under Section 51(b) of the Disaster Management Act for his absence from the meeting led by the Prime Minister at Kalaikunda.

The Act provides that during a national disaster anyone who fails to comply with any direction of the Central or State government or other designated authorities specified in it can, on conviction, be imprisoned and/or fined.

The former bureaucrat will of course respond to the show cause. Whether the matter will end there, or if the Centre will file a criminal case against him, only time will tell.

The Government of India would like us to believe that the latest ‘show cause notice’ issued to Bandyopadhyay has nothing to do with his ‘failure’ to comply with the DoPT’s directive issued earlier.

But the chain of events preceding the show cause tells a different story more so as Alapan Bandyopadhyay is known to be close to the Chief Minister. The central government seems unwilling to let the retired officer off the hook, as when it was found that by retiring from service in the normal course he had escaped the DoPT’s clutches,the Disaster Management Act has been invoked in his case.

By retiring in the nick of time Bandyopadhyay might have saved himself from a great humiliation at the fag-end of his career. However, the threat of prosecution under the DMA hangs over him like the proverbial sword.

It is hoped that good sense will prevail, and the Centre will appreciate that magnanimity is often the more effective tool to drive home a point than pursuing the course of vengeance.

If, however, the matter is taken as a prestige issue and the retired bureaucrat is hauled over the coals for doing something over which – caught between two warring political heavyweights – he seems to have had little control, it is likely to have a chilling, demoralising effect on the entire bureaucracy.

And that does not augur well either for officialdom or the politicians.

Sandip Mitra is retired from the Indian Foreign Service 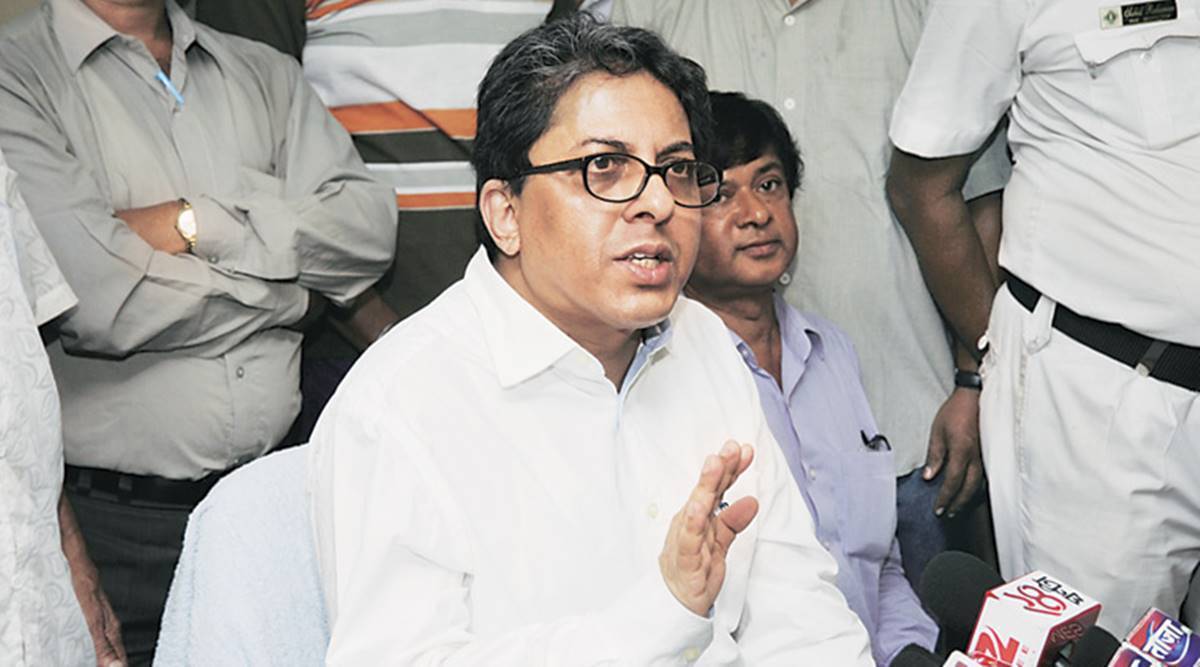