US has not delivered

A full week after External Affairs Minister S Jaishankar’s extended four-day visit to the United States, the country remained in the dark as to the Biden administration’s generosity to spare some of their surplus stockpiles of Covid-19 vaccines. (Editors note: Just a little after this article was written the US announced its vaccine policy, of which India’s share was just about sufficient to meet one days requirements).

We leap out of the famous Samuel Becket play Waiting for Godot — of two tramps who waited by the roadside for Godot to come and set life right, but only to realise as dusk falls that He wasn’t coming after all. The tramps leave the stage in disappointment as the curtain comes down on the stage.

Jaishankar probably tied up the scheduling of the next Quad summit. But Serum Institute of India (SII) has been quick to draw conclusions. It has sought the approval of the Drugs Controller General of India (DCGI) to tackle the vaccine crisis by taking up mass production of the Russian vaccine Sputnik V in India!

The SII, of course, has a massive production base for making vaccine and is already selling Covishield based on the so-called AstraZeneca vaccine (“Oxford Vaccine”), which is currently the mainstay of immunisation for Indians.

This comes amidst reports that Britain is once again asking AstraZeneca to meet new emergencies. Prime Minister Boris Johnson is a tough leader and once he sets his eye on something, he ruthlessly pursues it even if it draws the blood of Europeans or Indians. He bluntly admitted during a Zoom meeting with Tory MPs in March, “The reason we have the vaccine success is because of capitalism, because of greed, my friends.”

They will never agree on waiver of IP rights. Whoever put this idea into the Indian calculus played tricks with the naïveté of our leadership. Taking into account President Joe Biden’s timidity and rapacity and Prime Minister Johnson’s self-centred attitude, it is just well that the Modi government is showing signs of taking India’s vaccine strategy out of the Anglo-American basket and turning to Russia.

But all this didn’t have to happen just this haphazard way. After all, India is well aware of the great Soviet legacy in vaccine research and development. An alert government in Delhi should have begun government-to-government discussions with Moscow the moment it came to know that Russians were developing a vaccine. That is to say, almost an year’s time has been lost.

All the pin-pricking today by state governments that the Centre should procure the vaccine from abroad, that it should be freely supplied, blah, blah, would have been avoidable. The Russians do not have a problem to deal directly with the Indian end-user, either. Going one step further, Delhi could have encouraged the state governments to act boldly to set up their own manufacturing base for Sputnik V.

Delhi could have even promoted such initiatives by providing funds. Indeed, this is not a matter of self-sufficiency alone. India also could have realised its dream to be the “world’s pharmacy”. But all this needed commitment and vision both at the central and state level.

On the contrary, our elite, besotted with America and Britain, instead had their eyes cast on the vaccines developed in those two countries. That is, despite the gory past of the western pharmaceutical companies as blood suckers and predators in their propensity to make fortunes out of human disease, the government put all its eggs in the Anglo-American basket. This mishap is emblematic of our elite’s sickening pro-western mindset.

Come to think of it, even if Biden shares with us some of his extra vaccines, what does it add up to? Some 20 million doses? Our EAM made this transatlantic journey to arrange 10 million doses of vaccine for his country of 1400 million! America’s utility in the era of lockouts probably begins and ends with providing a decent haircut, perhaps — but not for supplying vaccines. Yet, our local choir groups would have us believe that America is about to rescue India from the pandemic!

India could have taken to mass production of Sputnik V at least 6 months ago when the vaccine’s financial backers and developers announced in Moscow that they were keen to win global market share and touted the international price for Sputnik V as competitive.

Kirill Dmitriev, head of Russia’s RDIF sovereign wealth fund, disclosed at November briefing that Russia (which has a limited production base) was keen to collaborate with foreign partners; that over 50 countries had made requests for more than 1.2 billion doses; and, importantly, that the supplies for the global market would be produced by foreign partners. He mentioned India amongst potential partners.

Some enterprising Indian companies indeed made a beeline to Moscow and negotiated collaboration agreements. Production of Sputnik V may soon start. Which is a good thing. But precious time has been lost even as India is racing against time to prepare for the Third Wave, which is already at the gates.

Indeed, since the Sputnik V was developed by the renowned state institution Gamaleya National Center and marketed by the RDIF (which comes directly under the Kremlin’s supervision), this topic should and could have been prioritised by PM for a call with President Vladimir Putin.

What all this shows is the absence of a well-thought out holistic strategy. Resources were never the problem but lack of political will. The Supreme Court has touched the core issue by demanding to know what the government has done with the Rs 35000 crores earmarked for vaccines in the budget.

In strategic terms, the government is being exceedingly foolish in not having the big picture. The pandemic is not only a matter of public health but also threatens to destroy the Indian economy, with unthinkable consequences for future generations.

Unless we arrest the pandemic now, India’s ambitions to rise as a great power are doomed. The country is recording its worst economic performance in more than four decades. The second wave of pandemic has mortally wounded the prospects of an economic recovery.

The record daily infection cases and fatalities and lockdowns combine with an exasperatingly slow vaccination drive to disrupt industrial supply chains and undermine the country’s goal of becoming a manufacturing power.

Until the beginning of this year, economists and international financial institutions still generally believed that India would become one of the fastest-growing economies in the post-pandemic era. But these projections are now up in the air.

Cover Photograph: Indian Foreign Minister Jaishankar on vaccine tour of the US 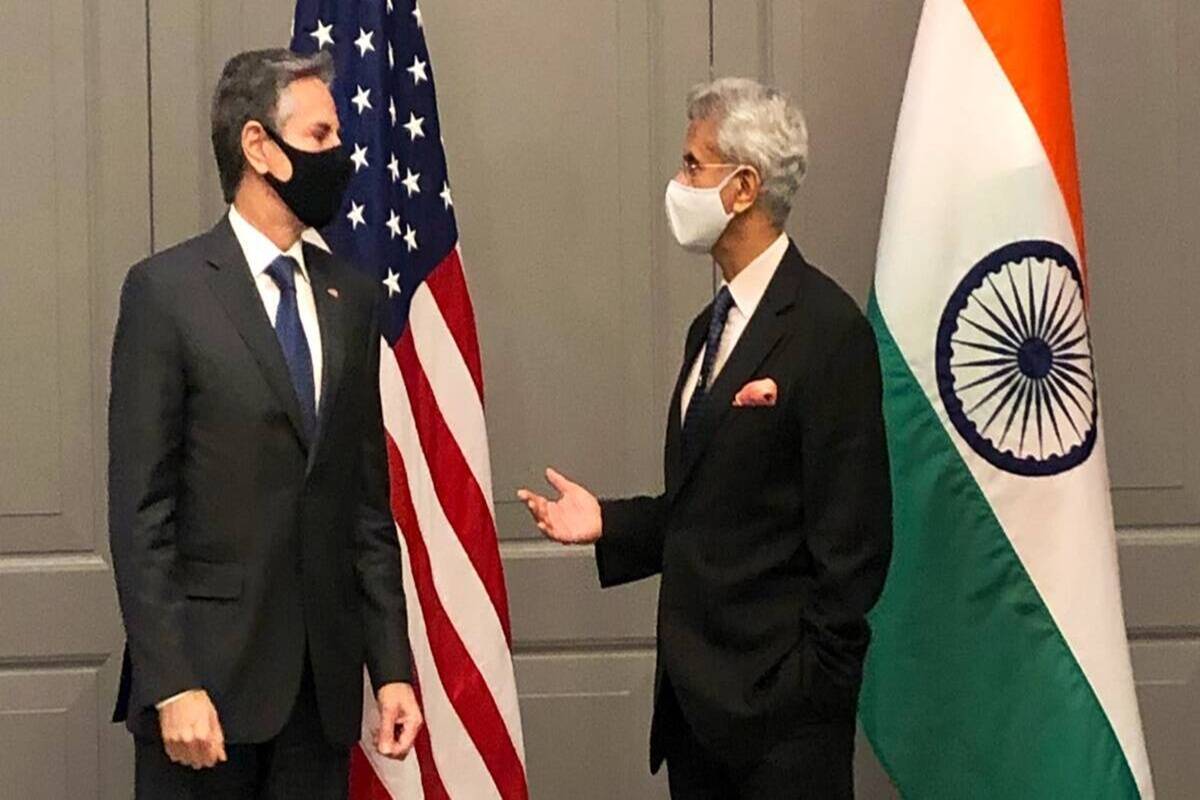