This is No Time For Competition

There was a time when governments took pride in abiding by the law, and court judgements were complied with as a gesture to Indian democracy. It is thus, a bit strange that there seems to be a tug of war going on right now between supporters of Prime Minister Narendra Modi and others more critical of the government, about his decision to bring the procurement of Covid vaccines under central control. In a rather flip flop vaccination policy, or seemingly lack of it, this has come as a welcome announcement after the Supreme Court direction that the procurement should be done by the centre and not left to the states.

At the onset the procurement of Covid vaccines was under the central government, with Prime Minister Narendra Modi taking credit for the manufacture of the vaccines in India, and the export to needy countries across the world. When the second wave of the pandemic hit India, devastating households for want of oxygen and medical supplies, the government decided that the procurement of vaccines was up to the states. And that the Centre had a lot more to do than confine itself to the modalities of tracking and buying Covid vaccines. From the ‘free’ vaccination drive, prices were fixed on the vaccines, differing for the centre, the states and private and government hospitals.

There was panic all around as the states were turned down by world vaccine manufacturers, many of whom said that they would deal only with the Centre. The states protested and finally to clear the confusion the matter was taken to the Supreme Court that slammed the government on three counts - decentralised procurement of vaccines, differential pricing and paid vaccination for citizens in the 18-44 age group.

Prime Minister Modi has reversed the earlier decision, and announced that the centre would be procuring the covid vaccines. This is of course as per the court ruling, and would have been a sign of healthy democracy underlining the cooperation and coordination between the executive and the judiciary. However, for some strange reason ‘government sources’ are being quoted to delink the two, insisting that the PM had taken the decision on June 1 - a day before the court ruling-- and hence it had little to do with the directive from the Supreme Court Bench.

Strange logic that really does not strengthen the position of the executive, even as it is aimed at reducing the clout of the judiciary. One, it is entirely irrelevant whether the Prime Minister took the decision first or the judiciary stepped in first to galvanise the centre into remedial action. Simply because both are arms of the Constitution and have to work together to ensure the best for the citizens. Two, hence the effort to place the two pillars of Indian democracy in a face-off position is not healthy at all, more so as often the executive cannot be the repository of all knowledge and does make mistakes that people approach the judiciary to rectify.

It is no secret that the second wave of the coronavirus caught the governments napping, with disastrous results for the people on the ground. Facts are crucial to preparedness and hopefully, all details, statistics, indeed the trajectory of the virus across India will be confabulated and analysed by medical experts. But for now it is important to provide more than adequate medical care, and ensure that all the health workers needed to combat the pandemic are made available in surplus. Vaccines are one essential part of this fight against the virus, and this cannot be blocked by the proverbial chicken and egg argument. India needs more vaccines, urgent distribution of vaccines, and a timeline of weeks to complete the vaccination process. So whether PM Modi thought of it before, or was chastised into action by a stern Supreme Court is immaterial really, except for political discussion and an understanding of the nature of the executive.

India has had a laudatory vaccination history, having eradicated polio and smallpox through this woven tapestry of workers through the villages and districts of the country. This should be recognised, even though it existed before 2014, and revitalised for the Covid-19 vaccination program. The end result has to be no other than to keep the people of this country as safe and secure against the crippling, and devastating, pandemic. Period. 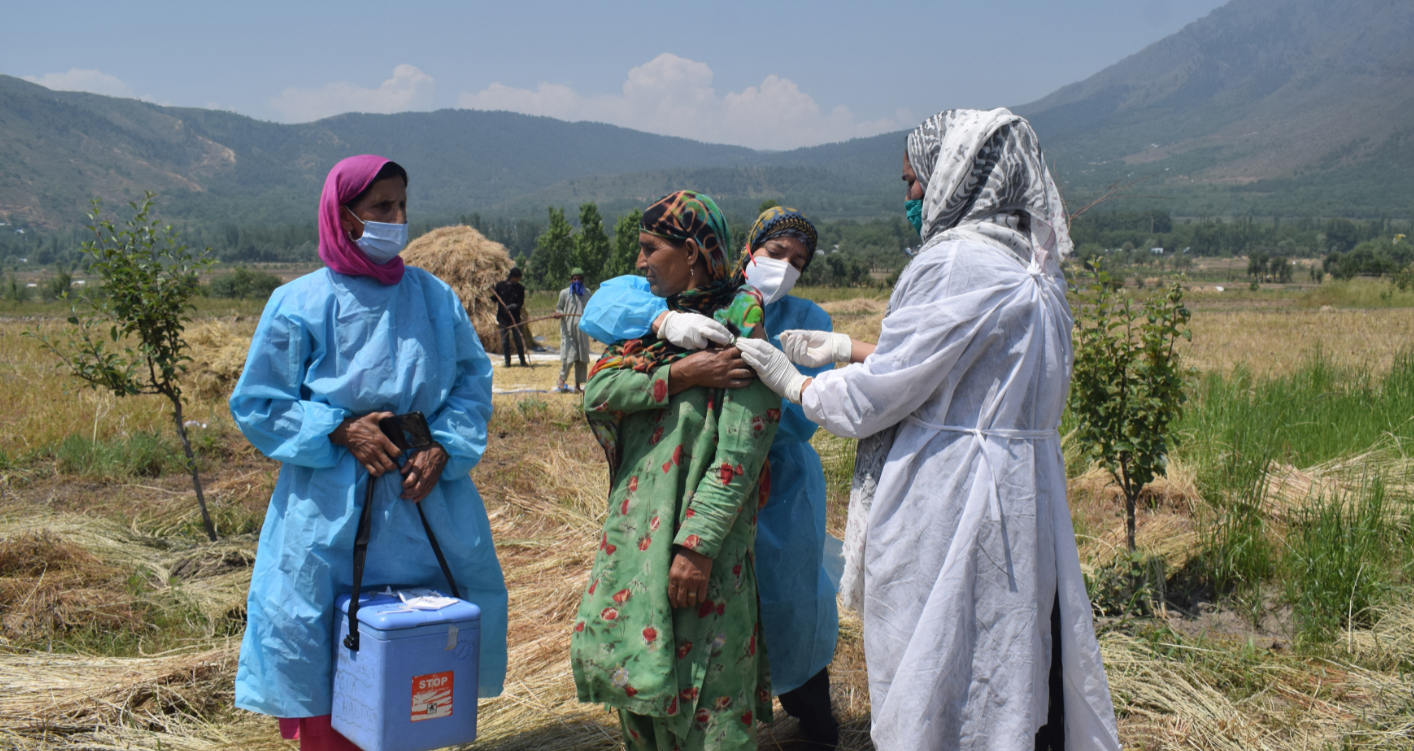