In Defense of the Retired Civil Servant

Call of the Conscience'

Open praise and criticism in the media of certain decisions of the Central Government related to issues of larger public interest by the retired Civil Servants, formerly belonging to the IAS, IFS, IPS and other Central Services has generated considerable controversy.

Many grey eminences that aren’t a part of any group formed by the supporters or the opponents of the government, and self proclaimed know all commentators have raised eyebrows and disapproved of the candid public expression of opinions by those who were once famous for working behind the scenes, offering their wise counsel and policy options to their political masters.

Well, that’s the image built around the Steel Frame of the Civil Service during the British Raj; the Government of India Act of 1858 created the Indian Civil Service which was rechristened the Indian Administrative Service after independence.

While the authority vested in the Civil Servants gave them enormous scope to make decisions which could make a huge improvement in the lives of millions of people, the concentration of power in their hands led to the negative fallout derisively referred to as red tape and bureaucratic delays.

A thick ,cotton , red colour tape was used to tie the files containing documents and handwritten notes; decisions on the files were not taken unless they were taken out from the pile and placed before the officer; this slowed down the process of decision making and made the Civil Servants infamous for ‘ bureaucratic delays’.

For decades, unfairly, whatever went wrong in India was blamed on the bureaucrats .Though many of them are bright, hard working, upright, conscientious and capable of coming up with imaginative ideas to address complex problems of the people, somehow, they are perceived by the public to be rigid, averse to change, fiercely protective of their turf and opposed to any erosion of their power, aloof, indifferent, people unfriendly and prone to bend the rules for personal benefits.

Bound by the Civil Service Conduct Rules, while in service, the Civil Servants keep their mouth shut; they defend the decisions of the government of the day irrespective whether their inner conscience rebels against those decisions.

Yes, if the pangs of conscience become too sharp, the Civil Servant can quit. But how many can afford to? Financial and Family considerations prevail; mostly, they acquiesce to defend the indefensible!

I was serving at the Indian Embassy in Mexico City when Emergency was declared in India. My Ambassador was the son- in- law of Vijayalakshmi Pandit and thus related to the Prime Minister Indira Gandhi. My job as the third Secretary was to issue the copious press releases in defense of the Emergency, received from the External Publicity division on fax every day. We translated these into Spanish and sent it to about 700 opinion makers in the Mexican capital. All the Indian missions and posts world over were harnessed in defense of the Emergency as were the Civil Servants serving in India.

In 2002, when the Gujarat riots took place attracting national and international condemnation, Indian diplomatic missions abroad and the government machinery in India were downplaying the deaths and destruction during the riots.

In the 1984,anti-Sikh riots in Delhi that followed the assassination of Prime Minister Indira Gandhi, over 3000 Sikhs were brutally murdered. It shocked millions of Indians including the serving Civil Servants. An Indian diplomat who resigned in protest was a First Secretary serving at the Indian Embassy in Oslo.

So, isn’t it quite normal and understandable on the part of Civil Servants who have kept mum for 35-40 years to speak out on numerous issues on which they had an opinion but had to refrain from expressing it? They can legitimately ask: if we don’t speak out as senior citizens, when will we?

None should question their fundamental right to exercise their freedom of expression. The constitution also gives them the right to form a group of likeminded people. And it’s their prerogative to praise or criticize the decisions of the government of the day .Why should it bother anyone?

In South India, the Fan Clubs of late leaders like MGR and NTR had millions of members. Today, the fan clubs of Rajinikanth and Kamal Haasan are scattered all over Tamil Nadu. So, what's wrong if some civil servants decide to form a Group to support the government? Similarly, if some civil servants form a group or an association and flag decisions of the government which they think have gone wrong, shouldn’t they be free to do so?

When there is polarization in society, in academia and the media, to claim that there is no polarization in the community of retired civil servants will be dishonest. Like other citizens, they too, feel elated and proud when our leaders and the government achieves something praiseworthy and feel shocked, angry or frustrated when they feel the government has done something wrong.

Citizens should be given the space to vent even if their views are critical. This is necessary for maintaining the oxygen level of our democracy.

The problem starts when one group, too anxious to project its support to the government of the day, tries to browbeat, bully, intimidate those who don’t agree with their point of view. It is wrong.

None is the sole repository of wisdom. They should remember the age old truism:Ekam sat, vipra bahudha vadanti i.e. truth is one, wise perceive it differently.

Governments do make mistakes. The judiciary, the media and intelligentsia take a view on these .Similarly, retired civil servants have every right to express their views through their writings and speeches on issues of national interest. All governments should listen to contrarian views, it introduces a reality check.

Long ago, Hindi poet Kabir had advised the rulers to build cottage for their critics in their courtyard and listen to their criticism for good governance: 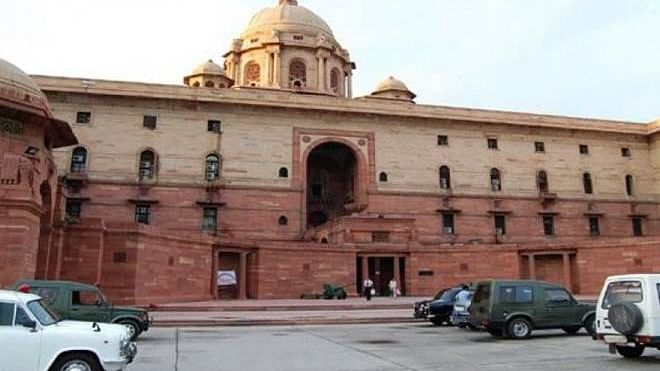