Two Democracies and the Pandemic

‘To err is human to blame it on others is politics’

Eastern-most English county of Suffolk is the first place in the ‘Old Blighty’ to see sunrise, it is famous for it chestnut coloured and rather stocky Suffolk Punch horse, and most importantly, both Harry Potter and Voldemort were born in a medieval village of Lavenham in Suffolk!

The rollcall of its famous inhabitants has included the likes of English literati like George Orwell, Ruth Rendell, PD James, international model Twiggy, singer-songwriter Ed Sheeran and actors Ralph Fiennes and Sir Peter Hall, among many other luminaries.

But this quintessential and sleepy English idyll was in the news recently for its Torie Member of Parliament, Matt Hancock, who resigned as United Kingdom’s Secretary of State for Health and Social Care (the Indian equivalent of a Health Minister).

Given the ensuing backdrop of the Covid-19 pandemic and the genuinely free and vocal British press, Matt Hancock, has held an unenviable and thankless responsibility, where the state’s actions were constantly under the microscope.

British Prime Minister Boris Johnson had publicly admitted that in hindsight there were many things he wished were done differently to tackle the pandemic. And had recently announced a ‘full and independent’ public enquiry into his government’s handling of the crisis.

Overall, Matt Hancock, the pedigreed parliamentarian with Oxbridge education has had a very charmed, diverse, and successful career that almost included a shot at the Conservative party leadership – it also included frequent missteps, gaffes and U-turns given to politicians, but nothing compared to his recent breaching of Covid rules, made slightly more awkward, by getting caught in an infamous office clinch with a paid aide.

Questions of hypocrisy, propriety and credibility were so stark and unforgiving that his own local paper and party colleagues refused to stand by him. Sheer optics and necessities of public trust, accountability, and responsibility in governance, especially in these trying times demanded a moment of honesty, example-setting, and admission of guilt.

Soon, Matt Hancock resigned stating plainly without any accompanying ifs-and-buts, ‘my apology for breaking the guidance’ and that, ‘we owe it to people who have sacrificed so much in this pandemic to be honest when we have let them down as I have done by breaching the guidance’.

In the British system, the Ministerial code maintains that they, ‘are expected to maintain high standards of behaviour and to behave in a way that upholds the highest standards of propriety’. Clearly that sense of professional correctness was broken in spirit and practice, as in that position, the concerned official who was sermonising the rest of the country to abide by social distancing protocols, had failed to maintain them, himself.

In such circumstances, any honourable or self-respecting person ought to have done what Matt Hancock did (or was perhaps pressured into doing so).

Contrast this saga with our own pandemic narrative in India?

Do we hold our officials in high offices to the same level of scrutiny, insistences, and punitive implications? Even though the damning Matt Hancock footage was a whistle-blower doing (which raises questions of legality), there was no auto-instinctive attempt to posit ‘fake video’ or ‘political conspiracy’, as is the wont here.

The fact that the lawmaker himself had compromised what he was preaching to the rest of the country, made Matt Hancock’s position plain indefensible and unpardonable, and that was that. The medical ecosystem of the 0.

The National Health Scheme (NHS), of which Matt Hamcock had the primary responsibility of oversight, policy framing and matters concerning national public health, remained stoically in disagreement with the Health Secretary’s dereliction.

More importantly, in British politics unlike in India there is no partisan huddle to defend the wrong-doer, as sometimes it is the fellow-party colleagues who make the most persuasive and compelling calls to resign, and many did so this time too, along with the opposition ranks.

The environment was blunt enough to coldly recall the unwavering standards adopted by Matt Hancock last year, in pulling-up the key epidemiologist Prof Neil Ferguson, to resign after he admitted to an ‘error of judgement’ in allowing a friend to visit his home during lockdown, thereby compromising the social distancing regulations – today, the same lawmaker is held to his own word and position.

In times such as these, symbolism serves an invaluable message of uncompromisable discipline, adherence and compliance to safety regulations that spares none, not even those in high offices.

In India, often the contrary seems to be the norm, as those in positions of power and responsibility assume that they are beyond the purview of societal regulations – seemingly the post entitles the leniencies. Such optics of liberties by governmental officials weaken the belief in the scientific necessities and rigour, which ought to be paramount.

These sensitive times demand that no non-medical practitioner offers any ‘cure’ that is not backed by science and empirical testing, as it can dangerously lull the citizenry into making dangerous assumptions, that not only endangers the specific consumer, but can put the larger communities at risk.

Pandering to such distractive and non-professional forces comes at a very severe price to the lawmakers in democracies like the United Kingdom, where the media is relentless in holding those in power to account. However in India, to question those in power could tantamount to ‘playing politics’, ‘doing the enemy’s bidding’ or even ‘anti-nationalism’ – or it can trigger competitive whataboutery, but the essential questions remain unanswered and those who should be answering the same, sadly protected.

To imagine a voluntary and truly independent enquiry into the conduct and handling of the pandemic and its obviously debilitating cost onto India, to ensure invaluable lessons for the future, is next to impossible.

The gap between what people preach from the high pulpit to what they do in their personal lives is glaringly wide, and the seriousness with which they must be held to account, is completely missing. Aided immeasurably by aggressively charged, emotionally beholden and passionately partisan loyalists, rationality and accountability takes the backseat.

Ironically, Matt Hancock, had once urged, ‘us on the podium to do our bit’ and criticised many other who didn’t comply with the Covid safety protocols, but the workings of the British democracy with all its failings and criticisms ensured, that anyone falling short of propriety, ethics and standards is afforded no second-chance, especially when the stakes are as high as the pandemic related concerns.

Hubert H Humphery, the former Vice President of the United States of America once said, ‘We believe that to err is human. To blame it on someone else is politics’ – mature democracies discourage the impulses and import of such manipulative and convenient politics, that is self-defeating.

When will we learn to be equally unsparing, nonpartisan, and questioning as the Brits? 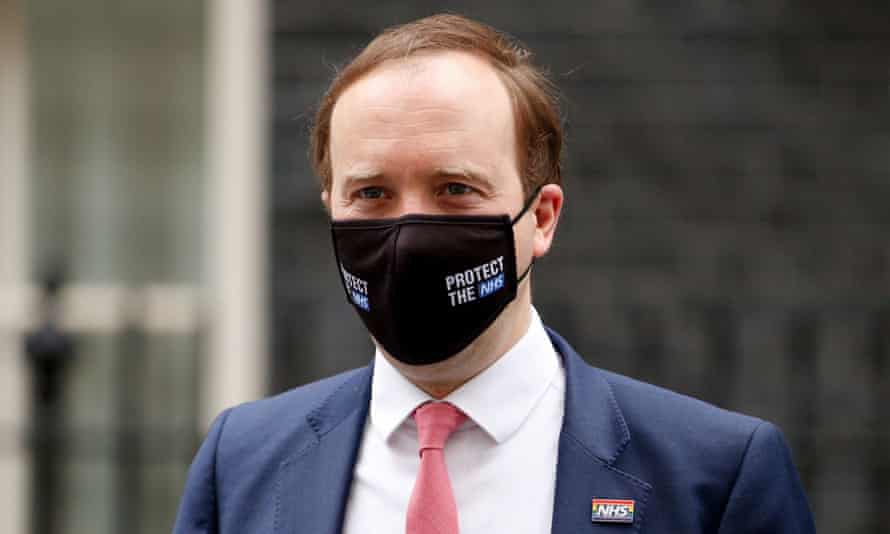