No politician or bureaucrat has ever been questioned

France opened a judicial probe on June 14 led by an independent judge into the intergovernmental deal for 36 Rafale fighters costing €7.8 billion (Rs 59,000 crore) signed with India in 2016. The French media describe the probe as “highly sensitive” since the deal was inked when former President Francois Hollande was in office and incumbent President Emmanuel Macron was the economy and finance minister.

France’s Parquet National Financier (PNF) or national financial prosecutor has said the investigation will look into allegations of corruption and favouritism in the deal. Significantly, in 2019 the PNF headed by Eliane Houlette had rejected a plea by the French anti-corruption NGO ‘Sherpa’ to investigate the same deal. Sandra Cossart, the NGO’s director since November 2017 had played a pivotal role in the French law passed in March that year defining the ‘duty of vigilance’.

Which way the probe will go with France’s next presidential election slated in April is anybody’s guess. Its outcome could also affect future defence deals with India, including for Rafales. But it is certain that, beyond mudslinging among political parties, nothing will happen in India.

Take the AugustaWestland VVIP helicopter scam that emerges periodically close to elections. It is on record that the then National Security Advisor chaired a meeting to ‘doctor’ the requirement that would accommodate AugustaWestland helicopters, and the Director of the Special Protection Group (in charge of VVIP duties) attended the trials in Italy on ‘representational’ helicopters.

But no politician or bureaucrat has ever been questioned.

The ‘Babudom’ of India holds politicians and governments hostage whichever party is in power. Defence deals are unlikely without corruption and politicians who are considered straight (or pose as such) are simply ‘lured’ into the deal. Even in China individual corruption is sacrilege, but not that benefiting the Communist party.

Likewise, nothing can happen in India beyond media rhetoric and political drama, because ‘Hamam Mein Sab Nange Hain’ and none want to exhume each other’s skeletons. The Tatra trucks scam is just one example which no government wants opened. So the bureaucracy laughs all the way home with its pockets full.

In India, the Congress had alleged that the Modi government paid a much higher price for the 36 Rafales than what was negotiated by the UPA. The government rejected the demand to reveal the price paid under the secrecy clause of the deal. The opposition also alleged that the Anil-Ambani owned Reliance Defence was signed on as an offset partner by Dassault Aviation even though it was a 10-day-old company without any experience.

The Supreme Court of India heard a public interest case in November 2019 and ruled that it saw nothing wrong in the Rafale deal.

With the French government maintained that French companies have full freedom to select Indian firms for the contract, former President Hollande said it was the Indian government that proposed Reliance Defence as partner for Dassault Aviation in the deal. “We didn’t have a choice,” Hollande stated in 2018.

The Cabinet Committee on Political Affairs had originally cleared the import of 126 Rafales and the money to go with it. The €7.8 billion deal for 36 Rafales reportedly included the costs of: basic aircraft platform, India specific improvements, performance guarantees, and maintenance and armaments.

The greatest advantage publicised was the offset clause, ensuring that about 30-50% or about Rs 36,000 crore would be reinvested in India.

The general belief is that our Babudom has scored very high in the ‘India Specific’ requirements, with an extremely disproportionate amount of money charged for setting up two maintenance facilities as per experts in the know of things, besides making the maximum from the offset clause.

The CAG report tabled in Parliament on September 23 last year revealed the following:

Forget finding out how much the Babudom bagged in the Rafale deal overall, but this much is certain, that the bulk, if not all, of the Rs 36,000 crores supposed to be invested as offsets in India is lying in France or elsewhere, and attempts to trace it are reportedly being blocked by the French government.

There is speculation about how much this amount may depreciate with the passage of years, but such speculation fails to acknowledge the Machiavellian qualities of MoD bureaucrats. We will never know what part of that booty is in India, France or elsewhere and with whom. Babus of course can take you up the gum tree explaining how every penny is accounted for.

So the Congress can holler it all from the treetops about corruption in the Rafale deal but nothing will come out of it - just as in the AugustaWestland helicopters and scores of other scams. Looking back since Independence there have been scams galore, and not in defence alone, but the new addition is foreign probes - into Rafale in France and Covaxin in Brazil.

Prakash Katoch is a veteran of the Indian Army. Views expressed are personnel 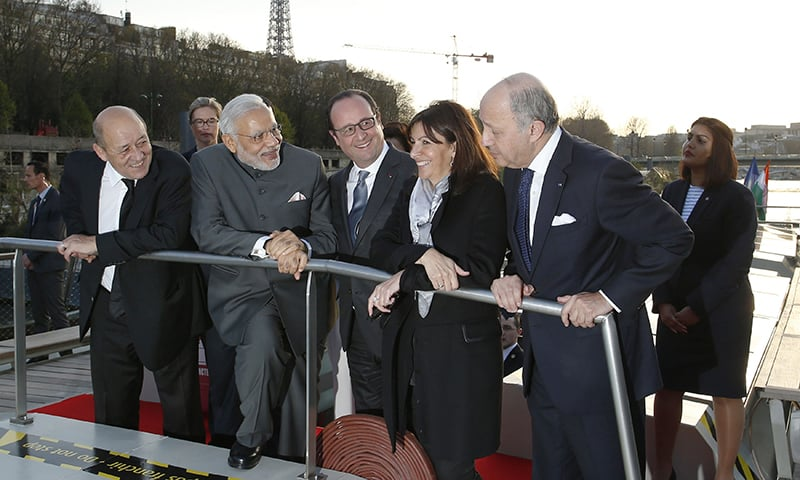