Tourism is Not a Fundamental Right, It is a Consumer Project to be Priced Like One

The pandemic has provided us some important lessons for a sustainable world, the most important being that preservation of the natural environment is not just a matter of landscape aesthetics but an imperative for our own health and survival.

This is also a warning for tourism whose ever-enlarging footprint is becoming unsustainable for mountain states like Himachal. And the first step the state has to take is to regulate the rising numbers of mass tourists.

Himachal receives about 18 million tourists every year, about three times its population. This number is not excessive, but for the fact that almost 60% of it is concentrated in just a handful of destinations: Shimla, Dharamsala and Kullu-Manali.

The rush to these places has to be regulated and one way to do this is to adopt the pandemic instrument of E-passes as a standard method ( and not just a pandemic measure) throughout the year. The Tourism Department should determine the number of vehicles/ tourists the present infrastructure of these places can absorb, and limit the issue of passes to these numbers.

For example, Shimla should not allow more than 2500-3000 vehicles for any day, considering its road capacity, parking, water availability and hotel beds. A similar exercise needs to be done for other major destinations, including the Tirthan and Sangla valleys, Kasauli, Chail, Palampur, Bir-Billing and Barot which are becoming the new choke points.

Internationally, countries have begun putting such caps on the numbers- Amsterdam, Venice, Dubrovnik, the Philippines, Barcelona among others. It is significant that a new word has entered the English language as a fall-out of overtourism: " Venetiatisation". It means the destruction/ attrition of cities, cultures, native populations, natural assets by hordes of tourists.

A second way to reduce over-tourism is to disperse the rush to other destinations. But this too has to be done with care so as to prevent the abuse of land and resources of local communities.

The Home Stay scheme ( 2008) of Himachal was a welcome step in this direction, but it has now run amok as the government has failed to enforce its provisions. Intended to augment local livelihoods it has now been hijacked by outsiders from Delhi and Punjab; instead of the maximum of four rooms envisaged, home stays are now thinly disguised hotels, offering ten to fifteen rooms; the cap on room tariffs ( Rs. 2000) is now a joke, with units charging as much as Rs. 10000 for a night; the scheme allows home stay units only in rural areas, but hundreds are operating in the towns.

Most are unregistered and illegal: the Department has approved about 1700, but at least three times that number are functioning.

This unregulated mushrooming of home stays creates three types of problems. One, it deprives the registered hotels of a level playing field: home stays are exempted from any tax and enjoy domestic tariffs for water and electricity ; unlike hotels, they are not subject to regulations pertaining to land-use, building constructions, pollution, garbage, labour, fitness, sewerage, etc.

They thus have an unfair advantage over the hotels. Second, they have added to the over-crowding in cities. Third, their unregulated growth is over-burdening and despoiling the rural communities and landscapes with water shortages, garbage littering, traffic congestion and unruly behaviour of their guests.

The government needs to put a check on their proliferation urgently and to enforce its Homestay rules, or otherwise the tourism mess will simply transfer itself to rural Himachal with even graver consequences for the environment and native populations.

The economics of tourism have not been studied in depth either. Tourism is perhaps the only industry that monetizes assets that do not belong to it: natural landscapes, culture, historical monuments are all public assets but are utilised by the hospitality industry to make money.

But if tourism becomes extractive- imposes costs not commensurate with the revenues it provides- it is not a fair bargain. I feel this is happening in Himachal. The average tourist spend is only Rs. 6500/, and a Mckinsey study of 2015 found that the average tourist belongs to the lower middle class bracket, with an annual income between Rs. 100,000 and Rs. 500,000.

This needs to be upgraded. This may sound elitist but, as Christopher de Bellaigue stresses in an interesting article in The Guardian ( 18.6.2020) tourism is a luxury and must pay its way, it must cover both the direct and indirect costs it imposes on nature, climate, cities, civic services, natural resources and rural communities.

Internationally, countries are beginning to grasp this fact and are changing their policies accordingly: Spain, New Zealand, Thailand, Srilanka, Indonesia have all stated that their objective is to attract a " better class" of tourists so as to maximise revenues and minimise numbers.

Himachal should start thinking along these lines. Some measures it can implement:

* Make E-passes mandatory for ALL tourists and impose a fee for it, say Rs. 500 for each tourist and Rs. 1000 for each vehicle. This will also discourage the day trippers ( who are the worst of the lot): people who bring their own food and booze, spend the day drinking at Kasauli and Barog and depart in the evening leaving their garbage and al fresco human waste in the forests.

* Tax all Home Stays at par with hotels: the initial incentives and exemptions of 2008 have served their purpose, there are now more Home Stays than can be handled, they are doing good business and they must now pay their way.

* Drastically increase the entry fees for National Parks, Wildlife sanctuaries and other Protected Areas. Hike the charges for trekking and camping in forest areas. These are our most vulnerable areas and the footfalls there must be controlled. For example, I was horrified to read the other day that 50000 people visit Chandratal lake every year! This is an unmitigated disaster. Even worse, last week it was reported that the track ( barely motorable, deliberately) from Batal to the lake has been widened by a bulldozer to enable buses to ferry tourists to Chndratal. This increase in numbers is the last thing we want in a very fragile environment. It is also a violation of the Wildlife Protection Act and the Forest Conservation Act since this falls within a sanctuary area. The DFO who allowed this vandalism should be proceeded against for dereliction of duty. Let us not confuse tourism with equity. Tourism is not a fundamental right, it is a consumer product and must be priced like one. A premium product should command a premium price. What Himachal offers is unique and we must not be apologetic about asking the tourist to pay for this experience.

If people can shell out Rs. 500- 600 for a movie ticket or Rs. 300 for a pizza they should not cavil at having to pay proportionately for a unique experience that will last them a lifetime. If the Himachal product is to survive into the next decade the government must shape and channelise its tourism through a mix of tariffs, regulations, enforcement and infrastructure upgradation. Above all, however, it must develop a vision and a cogent strategy. 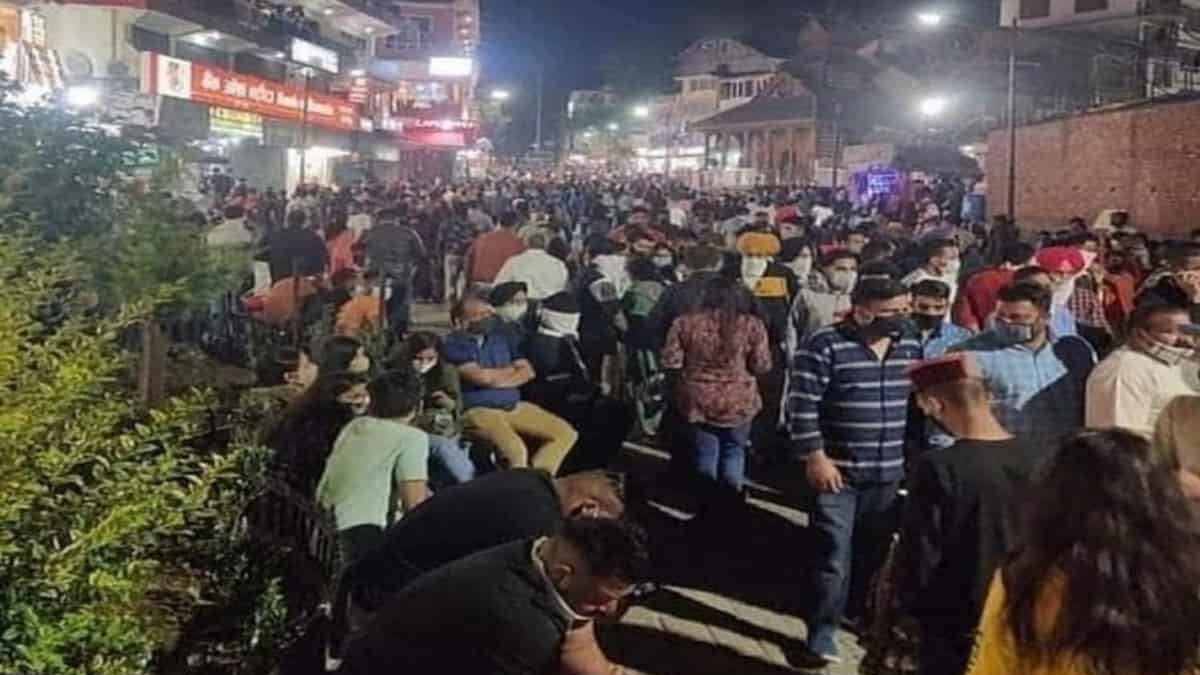