Assam-Mizoram Police Set New Precedent, Open Fire at Each Other

The Union Home Ministry has called the top police and administration officers of Assam and Mizoram for yet another discussion on peace between the two warring states of India’s North East. It is clear though, that unless the border issue that has been festering for at least four decades, and in one sense over a 100 years, is resolved the violence can be expected to continue at different points in time.

More so, as this is not just a border issue but really concerns livelihood with the forest areas becoming a bone of contention between the states, and more so the populace living here.

This particular round of violence should be particularly worrying for the Centre for two reasons. One, it happened despite a meeting convened by the Union Home Minister Amit Shah just two days before with the Chief Ministers of Assam and Mizoram on the border dispute. The Bharatiya Janata Party is in power in both states, with an alliance with the Mizo National Front in Mizoram.

Two, and even more importantly, this is the first clash between the police of both the states that has left five Assam policemen dead and 60 persons injured. In earlier incidents, including October last year, the civilians had been involved in the violence, but this is the first time that the Assam and Mizoram police have fired at eash other with the former clearly bearing the brunt of the encounter.

Despite Shah’s caution both the chief ministers took to the social media to trade charges, with the accusations making it difficult to piece together the events on July 26. It is clear that a police team from Assam visited the border between Lailapur village in Assam’s Cachar district and Vairengte in Mizoram’s Kolasib district. Subsequent events become hazy with both the top functionaries of the states accusing each other of provocation and violence.

Assam Chief Minister Himanta Biswa Sarma, earlier with the Congress party, is in the thick of it even now while offering to visit Aizawl and talk peace. Peace will be enforced perhaps, but will not last long more so as the police of any state do not like to be left with a bloody nose as it were. Sarma has recognised this in his remarks that Assam will not part with an inch of land to Mizoram, and that he will deploy at least three commando battalions in the border districts to keep his state safe.

Interestingly, Meghalaya has also joined the dispute in a milder reaction of course. It has accused the Assam police of trying to remove electricity poles along its border with the state. This has also come just three days after Sarma met the Meghalaya Chief Minister Conrad Sangma on the border dispute between these two states. Many in the region see all this as muscle flexing by Sarma who is now keen to establish himself and Assam as the undisputed leader of the region. However, confrontation and violence is certainly not the way to go about it as the other states are not likely to accept this at all.

The states in the north east are diverse, and very sensitive. The Bharatiya Janata Party has recognised this and treads warily on issues concerning choice of food and personal customs in these states for fear of a backlash. The open clash between the two police is an indication that the border and livelihood issues have been allowed to fester too long, and that the centre needs to step in to ensure a speedy reconciliation and resolution of the problem. More so, as efforts are on to introduce a communal tinge to the confrontation.

This remains easier said than done. 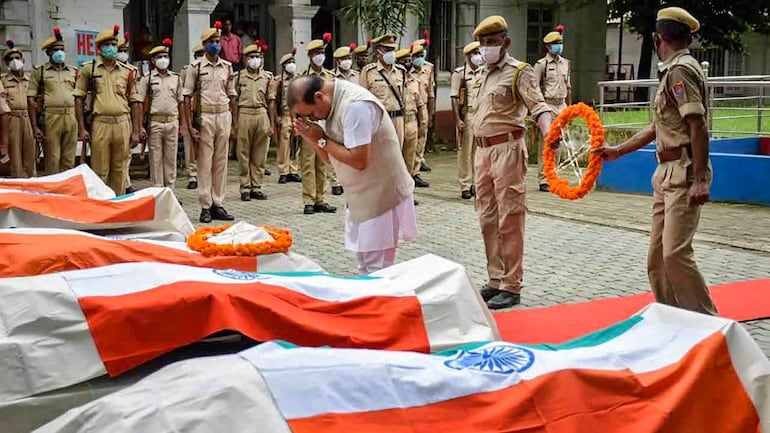