36 hours in India,including the night of July 27-28, has not really brought US Secretary of State Antony Blinken and Minister of External Affairs Jaishankar on the same page. At best an exploratory trip, considering the waters that flowed below the Trump-Modi bridge, the two sides talked on Afghanistan, China, trade, Investment, pandemic, human rights with a promise to talk again.

On the last ‘talks again’ issue, Blinken referred to an official visit by Jaishankar slated for later this year, but in a television interview with a specific question about visits by Indian Prime Minister Narendra Modi and US President Joe Biden to each others countries remained non committal with a ‘sure it will happen’ kind of response.

Of course neither side, given the distrust and acrimony created by New Delhi’s enthusiastic support of former President Donald Trump, could have been expected to get on to a flying start. But the cautious words, the inability to say more on any issue of significance than the already stated positions, did indicate that the visit had at best opened a door, but a great deal needs to be done for the US-India relationship to restore itself.

The first indication, simplistic but usually effective, came from Twitter where the BJP supporters were completely silent about Blinken’s visit. None of the ‘ we love you, you love us’ hysteria seen in the past that had even extended into full support for a candidate (Trump) in the American elections earlier this year. The silence itself was revealing, with Blinken’s visit being treated as little more than a stopover enroute to Kuwait, and back to Washington.

Jaishankar also was not his effusive self, not in personality which he never is, but in his remarks that remained wary and cautious. In fact he even hinted, in an indirect reference to the US decision to withdraw from Afghanistan, that policies are taken and then it is for diplomacy to work around the decision, good or bad. Pakistan did not come up in the briefings or rather public remarks, but must have certainly figured in the talks on Afghanistan with Washington having made clear before Blinken got on to the aircraft, that the Biden Administration was looking for peace in the region so that it could focus on the Afghan transition.

That India still remains reluctant to move on the same path as Pakistan is clear, given the domestic and regional policies of the government, and the fact that 2022 will see elections in some of the major states here including Uttar Pradesh.

Of course all are committed to stopping the Taliban, but the difference is in how the two governments think this can be done. The US has remained of the view that Pakistan’s cooperation is required, whereas India has always looked upon its reach with non-Taliban actors (such as the Northern Alliance at one point in time) as a major factor to restoring peace in Afghanistan. Both Islamabad and New Delhi have crossed swords over this, with the former insisting that the Taliban would be central to the peace process that the US has largely gone along with, and the latter equally adamant that peace can be possible only if the Taliban (and hence Pakistan) is kept under check.

China remained in the talks, although very interestingly Blinken actually described as ‘positive’ the talks between the Taliban and Beijing. He said that all countries were looking to establish peace and stability in Afghanistan, and if China was working along the same lines that was ‘positive’. At the same time he sought India’s cooperation for the Quad, but again in an interview said that this would not be a military front, in that if one was attacked the others were not required to come to the rescue. So there are clearly many gray and criss cross lines across this cooperation too and will in all likelihood need more meetings for the two sides to converge.

But the one issue that Blinken took a unilateral stand on was human rights and communal harmony. In his short visit he found time to meet representatives of all faiths, in an atmosphere where the American media has reported extensively on communal strife and tensions. He of course, sent a signal to China by meeting a Dalai Lama representative but this was probably more in the capacity of his religion than his links, or otherwise, with Tibet. China has still to protest and hence there could be a possibility that it did not see it as an affront.

This meeting discussed all the rights and justice issues that have been of concern within India, CAA included. This is probably one of the main reasons why the Indian embrace lacked warmth, and PM Modi and the BJP decided to keep Blinken’s visit well within the covers of ‘routine’. In external affairs, visits can be made important or routine or even insignificant as the government of the day wants and clearly this first visit by a representative of the new Biden administration was at best ‘routine’ for New Delhi and nothing to blow the trumpets for.

Formally of course, both sides made the expected noises about democracy. Although Jaishankar here was a little more blunt saying in their joint press conference “we approach this pluralism through the lens of our own contexts, convictions, and cultures” and hence underlining the fact that both might not necessarily be on the same ground on this.

All in all an interesting visit. Significant? Of course but maybe not in the manner predicted. 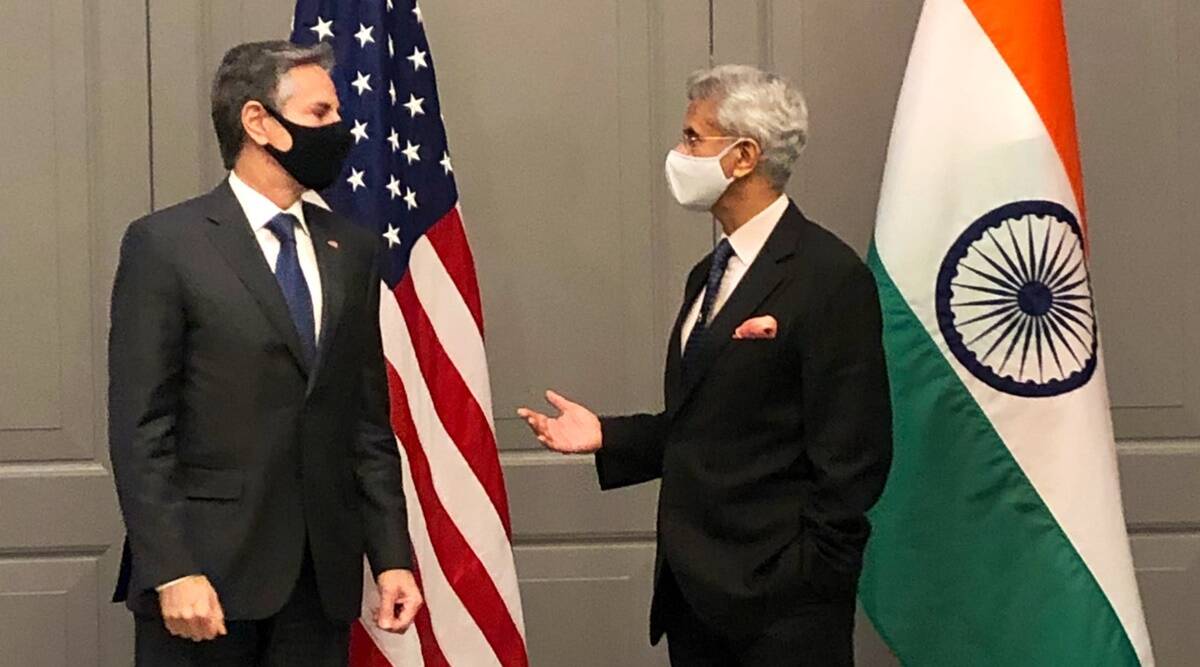