This is Not the Alternative

An organisational problem distracts from the political one

The TINA factor is absorbing all our attention in politics today. The Prime Minister’s detractors are thrashing around seeking an alternative. But then we have observers of the political scene like Ramachandra Guha, who rule out our Grand Old Party, the Congress, just because it is a “family firm”. Congress loyalists who have sprung to the defence, like Salman Khurshid on NDTV, have only resorted to legal gobbledygook.

With much sound and fury and very little significance, here is my voice from the wilderness, to add to the general cacophony and examine what we mean by dynastic politics.

The universal moaning about the Congress (and other parties) being run on the hereditary principle is somewhat mystifying. Surely, this is not the besetting flaw of the Congress! Agreed that it is distasteful and undemocratic for a national party to pass the political mantle from generation to generation - through the eldest male heir, or in his absence, to a suitable female substitute - but isn’t this an organisational issue, not a political one?

Children follow parents into many professions, and this happens among politicians too around the globe. Lawyers and doctors are groomed to take over their parents’ private practices. The children of artists, especially musicians and film stars, become artists in their turn, presumably because art is in their DNA or because they were reared in the right ambience.

And family businesses like the Tatas abound, even those that are enormous in size and straddle several sectors. So why shouldn’t an ambitious person, reared among politicians, follow in a parent’s footsteps?

Political families are found even in the most democratic countries. The Kennedys and Bushes in the US and the family of the former Japanese Prime Minister Shinzo Abe have dominated national politics for generations. The Clintons discovered their common interests and ambitions while working as interns in political campaigns. Live-in partners like Francois Hollande and Segolene Royal in France, or the Milliband siblings in the UK have even competed for the same political honours.

Which is why the Aam Aadmi Party’s blanket ban on members of the same family holding organisational posts is harsh and unfair, even if the intention is to showcase the party’s opposition to dynastic politics.

Management consultants can list the pros and cons when organisations prioritise heredity over merit. Family businesses are close-knit and share goals, strategies and finances. This helps when the sailing is smooth and there is no rival on the horizon. When things get rough, however, an organisation must adapt fast to adversities and hostile clients. Now, the asset becomes a handicap, excluding innovative, dynamic leadership and blocking originality, creativity and adaptability.

This is exactly where the Congress is today. Those who have been in it for decades are all dressed up with nowhere to go. Many have served in important ministries and organisational posts but can never hope to become Prime Minister, as long as a Gandhi is around. From which wellspring will they summon up the determination and idealism needed to rescue the party and propel it to victory?

Meanwhile, newcomers must wait in the wings forever till the senior ranks are cleared of old-timers. And all their blood relations as well. This is where the shoe pinches. How can a High Command rooted in nepotism turn down its supporters’ nepotistic demands?

Following the bad example set by the Gandhis, every true blue Congress person clamours to bequeath his (not often her) post or seat to a family member. To use a medical metaphor, the arteries of the Congress are so badly blocked that fresh blood can never course through them!

In the Congress, inheritance is not just a starting advantage, as it is in all professions including politics in a truer democracy. The leadership of our GOP and seats around the decision making table are earmarked for the Family and the scions of erstwhile leaders. There is nothing here to spur a bright newcomer with the ideas and ideals to generate sound electoral and political strategies.

The tragedy of the Congress organisation is that all workers are not mentored or encouraged to rise to the top with the same enthusiasm shown to entrants from dominant families. A democratic, merit-based organisation should offer every volunteer a career trajectory that might, with determination and luck, take them to the very top.

The party could learn a lesson or two from parties that manage political dynasties better. Both Rahul Gandhi and Basavaraj Bommai (the new Chief Minister of Karnataka) have followed in the footsteps of their political fathers. But Bommai, unlike Rahul Gandhi, was not directly paradropped onto an organisational throne that was always his for the asking.

This is clearly an urgent matter for the Congress, as it affects the dreams, purposes and future plans of its members, volunteers and officebearers. But it is only a side issue for voters, who are the clients and customers of the party and look at the product on offer. They want responsive, progressive, good government, and policies that bring prosperity and security. A party controlled by a dominant family could still get electoral support if it incentivises volunteers to prepare and offer the policies sought by voters.

Other parties like the DMK, which are just as immersed in dynastic politics as the Congress, are doing this today.

The dynasty argument is then merely a red herring that diverts attention from the real causes of the Congress debacle. The Congress is a bad alternative for the country for as long as it refuses to own up its electoral deficiencies. There is no-one within the party today with the guts to do the necessary navel-gazing. To admit that even in the so-called halcyon days of the Manmohan Singh prime ministership, the governments that it ran in the Centre and some States were not models of good governance.

Since the days of Indira Gandhi the Congress has refined the art of winning elections by using or condoning corrupt practices and unaccounted money. When lawmakers are placed in the lower houses by these methods, they destroy the very programs that benefit voters because these schemes threaten their own financial interests.

In Karnataka, the garbage mafia and the education mafia, linked to powerful Congress functionaries, have successfully sabotaged every strategy developed to prevent pollution or improve access to good quality education - even though this was exactly what voters themselves eagerly wanted.

Yet even honest Congress leaders (who withdraw from the rough and tumble of popular elections and seek seats in Upper Houses) pretend that corruption is not the sole cause of poor government. They echo the false doctrine that in India at least, elections cannot be won without black money - though this has been achieved by some political parties, who then successfully rolled out educational and health programs that will permanently make a mark on the country’s future.

The Congress does not also have a clean record as a reliable political partner to win the trust of likeminded opposition parties and forge a united front. All of us have our favourite stories of Congress deception; here are some examples from my list: the dramatic withdrawal from the Deve-Gowda led Central coalition and from the first Kejriwal government in Delhi, or its betrayal of the Mehbooba Mufti government in Jammu and Kashmir.

The only coalition the Congress will tolerate is one in which it calls the shots; when compelled by circumstances to play second fiddle to another party, its sole agenda is to undermine opposition unity and capture power by fair means or foul. With such a disastrous track record, why should other parties open discussions about a united opposition?

These are the reasons which explain why the Congress cannot become the alternative many of us are seeking. They must be addressed, but they are nowhere on the Congress agenda. The party still nurtures the illusion that Indian voters will revert to its fold, even if it makes no fundamental change or improvement, because this is what they have always done - because they have no alternative.

From the country’s point of view, however, this is the worst case scenario. We do not once again need the age-old follies and vices of the Congress party. For the good of all Indians, we need true alternative politics, shorn of corruption and hypocrisy. 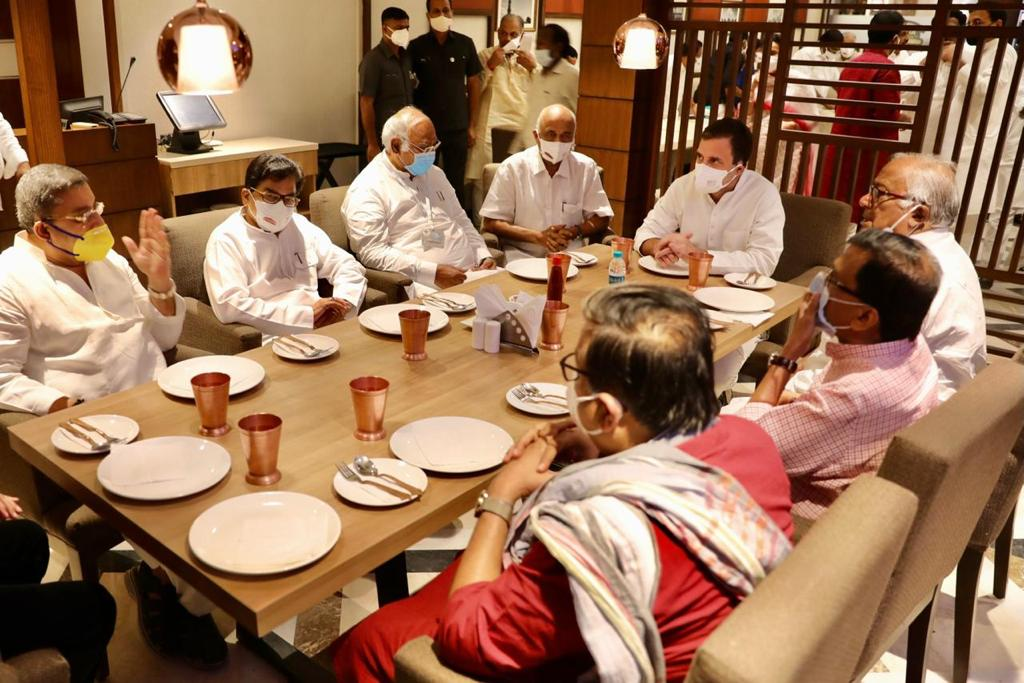