A new dawn breaks in Tehran

Iran has a new president Ebrahim Raisi. This in itself is a defining moment in the Islamic Republic’s political history, since in many ways, the country is at the crossroads.

The Islamic system continues to enjoy a broad social base but erosion is taking place. The economy is in shambles and the lifting of sanctions will give much relief to people’s hardships. Rampant corruption has discredited the regime and caused alienation among the people. But, paradoxically, Iran’s inexorable rise as a regional power is today a compelling reality.

Raisi happens to be a popular figure, given his record as the chief justice to crack down on corruption. The participation in Iran’s national elections is restricted to candidates who are loyal to Velayat-e faqih — or, guardianship of the Islamic jurist— a system of governance that the country adopted after the 1979 Islamic Revolution, which is rooted in Shia Islam and justifies the rule of the clergy over the state. But it allows free elections, since the empowerment of the people is the bedrock of legitimacy for the country’s political system.

The United States has a problem with Raisi insofar as he was one of the deputy prosecutors associated with the trial and execution of the cadres of the militant organisation known as Mujahedin-e Khalq, which openly advocated the overthrow of the Islamic Republic through violent means.

Suffice to say, the human rights issue that is brought to the forefront to tarnish Raisi’s image is not the real issue today, but the ascendance of a new leader who is expected to consolidate Iran’s revolutionary legacy at a crucial juncture when the country’s domestic politics once again intersects with the relations with the US.

Shia politics is notoriously fractious. Imam Khomeini, in his far-sighted wisdom, installed in the political system checks and balances institutionally but factionalism continued, nonetheless. In this respect, Raisi’s election became a watershed event. For the first time since the end of the 1990s, the Presidency, the Majlis and the judiciary are set to move in tandem.

This would mean, on the one hand, much greater focus on the restoration of the social base of the revolution, which demands addressing the economic challenges of unemployment and poverty, social justice, equitable distribution of wealth and so on. At the inauguration ceremony in Tehran on Tuesday, Khamenei called on Raisi to “empower the middle and lower classes of society that are shouldering the burden of economic problems.”

On the other hand, the political system will gravitate back to the nationalist credo, turning its back on the clamour for Iran’s integration into the western economies, which had been the leitmotif of the 2015 nuclear deal negotiated by the Rouhani government.

Suffice to say, the “reformists” navigating the Iranian strategies in the past 8-year period have lost ground. The Biden Administration’s calculation was that the reformist government of President Hassan Rouhani would conclude a nuclear deal that commits the Raisi presidency to a trajectory oriented toward downstream engagement with the West. But that hasn’t happened, largely due to the forceful role played by the Majlis dominated by conservative forces, in a virtual war of attrition that Rouhani ultimately lost.

According to the New York Times, Biden’s negotiators were so bullish that “a leading American negotiator left his clothes in storage at a hotel in Vienna, where the talks took place” during the interregnum after the sixth round in Vienna. So confident was he about a final round of talks before the transfer of power in Iran in August.

But the Iranian negotiators didn’t return to Vienna. The Supreme Leader Ayatollah Ali Khamenei spoke about the reasons why the US cannot be trusted in his “farewell speech” for Rouhani and his cabinet, implicitly censuring them for their naïveté about US’ hostile intentions toward Iran.

Even some of Iran’s partners who were keen to play a “constructive” role at Vienna were caught by surprise. On Monday, the Moscow daily Izvestia quoted Russia’s ambassador to the IAEA as lamenting, “Iran is departing further from its commitments under the initial JCPOA. In fact, there is something irrational in it because if talks lead to an agreement, all these deviations will have to be reversed. The further Iran departs from its initial obligations, the more time the process will take, which will affect the timeframe for the lifting of sanctions.”

When asked how Russia viewed Tehran’s move to increase its enriched uranium stockpile, the ambassador noted: “We certainly aren’t enthusiastic about it.” Quite obviously, Russia is unhappy that the party broke up in Vienna. What we see here is the extent to which Iran will go to preserve its strategic autonomy.

Washington has since reacted petulantly by resiling from an understanding reached on a swap of prisoners on humanitarian grounds. The US rhetoric has also shifted to a hostile mode. The Biden Administration is hedging, as it realises that it will now have to deal with a formidable adversary in Raisi.

Basically, the US is unused to dealing with a Persian Gulf state on equal footing. Raisi has stated that he has an open mind on the negotiations at Vienna and also wants Iran to shake off the sanctions in order to realise the full potentials of development, but has underscored that he is not interested in negotiations for its own sake.

Raisi’s remarks at the inauguration ceremony in Tehran on Tuesday signalled once again that his presidency will prioritise the economy, especially the people’s livelihood. On the foreign policy front, he briefly noted, “In order to help establish sustainable security and regional stability, co-operation between regional states is needed, based on mutual trust and opposition to interference by foreign powers in the region.”

Significantly, Raisi devoted his speech almost entirely to Iran’s internal issues. He is intensely conscious that his mandate quintessentially stems from the people’s desire for “change, justice, fight against corruption, discrimination and injustice and the message of the need to solve economic, social and cultural problems of the society.” Raisi has announced an “immediate, short-term transformation plan” to tackle 10 key issues that have been identified.

Raisi’s mandate is not about Iran-US relations. He will not be in any tearing hurry to negotiate a nuclear deal unless and until the US shows willingness to accommodate Iran’s key demands on the lifting of all sanctions and a verification mechanism as well as the guarantee that it will be a durable framework.

Raisi’s approach is going to put pressure on the Biden Administration since in the meanwhile Iran’s advanced centrifuges are enriching uranium at 63 percent purity already, as per IAEA estimates in early May, and the so-called “breakout time” is steadily narrowing. 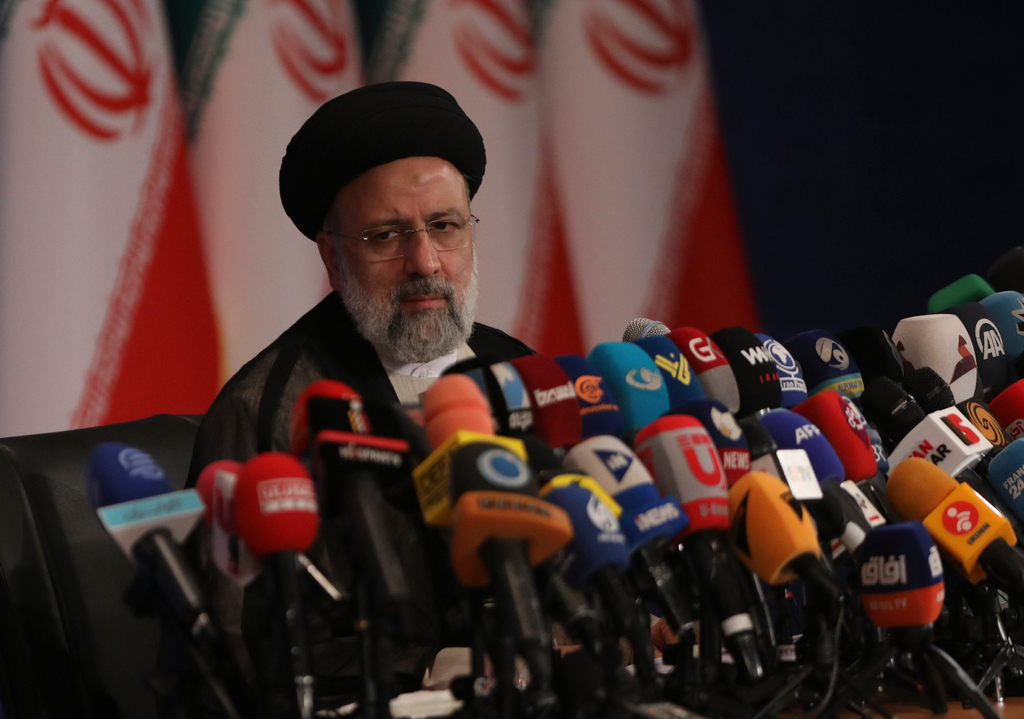