The China Factor in Kabul

China wants no cooperation with US on Afghanistan

The Chinese commentaries vehemently reject the western claims of democratic transformation in Afghanistan. A conversation on Tuesday between the Chinese State Councilor and Foreign Minister Wang Yi and his American counterpart Antony Blinken (at the latter’s initiative) brought this out sharply.

Wang told Blinken that ‘facts have once again proved that mechanically copying an imported foreign model cannot readily be fitted to the use in a country with completely different history, culture and national conditions, and ultimately, is unlikely to establish itself.’

Wang said that without the support of people, ‘a government cannot stand’, and the use of power and military means to solve problems will only cause more problems, and ‘lessons in this respect deserve serious reflection.’ Wang underscored that Afghanistan’s open and inclusive political framework ought to be ‘in accordance with its own national situations.’

The spillover of the Biden administration’s provocative moves against China, especially regarding Taiwan, is surfacing. The Global Times starkly commented in an editorial on Tuesday that no cooperation with Washington is conceivable regarding the Afghan situation under the prevailing circumstances:

“China will be keen to restore order in Afghanistan and promote reconstruction of this war-torn country, but it has no obligation to help the US get out of a strategic dilemma that entirely belongs to Washington. When the US is maliciously carrying out strategic coercion and containment against China, there is no need for China to win US favor by rendering good for evil. That will not work.” read more

Meanwhile, a senior Taliban functionary defiantly said, “There will be no democratic system at all because it does not have any base in our country. We will not discuss what type of political system should we apply in Afghanistan because it is clear. It is Sharia law and that is it.”

Again, in the Chinese reports, the accent has also shifted from the Taliban having to prove its anti-terrorist credentials to one of supporting Afghanistan ‘in its resolute fight against terrorism’ so that it does not become ‘a gathering place for terrorism again.’ It is an important distinction.

Thus, in a call with the Pakistan Foreign Minister Shah Mahmood Qureshi on Wednesday Wang made four suggestions for China-Pakistan collaboration:

2. support Afghanistan in its ‘resolute fight’ against terrorism;

3. communicate with the Taliban to ensure the safety of Chinese and Pakistani personnel and establishments; and,

4. promote international cooperation to involve Afghanistan ‘in an orderly manner, and especially give play to the unique role of neighbouring countries, so as to push the situation in Afghanistan gradually into a virtuous circle, during which various mechanisms should complement each other and expand consensus.’

The ‘virtuous circle’ would presumably mean complex chains of regional initiatives that reinforce themselves; the ‘various mechanisms’ could include regional formats such as the CPEC and SCO.

Most significantly, Wang brought up in the conversation with Qureshi the Dasu terrorist attack in Pakistan last month (in which 9 Chinese engineers were killed.) The Xinhua report featured on the State Council website said, ‘Wang voiced China’s appreciation of the important progress made by Pakistan in the investigation and hoped that Pakistan will make every effort to arrest the perpetrators, and punish them in accordance with the law, so as to give an explanation to the people of the two countries and as well as a powerful deterrent to the forces that attempt to undermine China-Pakistan friendship.’

Wang apparently alluded to the allegation made by Qureshi on August 12 mentioning Afghanistan and India. By now, the Taliban would have seized the records of the Afghan intelligence agencies. To be sure, this becomes an ‘X’ factor in regional politics. read more

The Foreign Ministry spokesman Zhao Lijian stated on Wednesday, “It is a customary international practice that the recognition of a government comes after its formation. China’s position on the Afghan issue is clear and consistent. We hope that Afghanistan can form an open, inclusive and broadly representative government that echoes the widely shared aspirations of its own people and the international community.”

On Tuesday, the Chinese Foreign Ministry spokesperson Hua Chunying forcefully argued that the Taliban today is not the Taliban of yesteryears. Hua said:

“I noticed that some people have been saying they don’t trust the Afghan Taliban. I want to say that nothing stays unchanged. When understanding and handling problems, we should adopt a holistic, interconnected and developmental dialectical approach. We should look at both the past and the present. We need to not only listen to what they say, but also look at what they do. If we do not keep pace with the times, but stick to a fixed mindset and ignore the development of the situation, we will never reach a conclusion that is in line with reality.”

The Chinese commentaries for sure exude high comfort level vis-a-vis the Taliban. Clearly, Beijing seeks even closer cooperation and coordination with Pakistan. China may accord recognition to the new government in Kabul at an early opportunity. 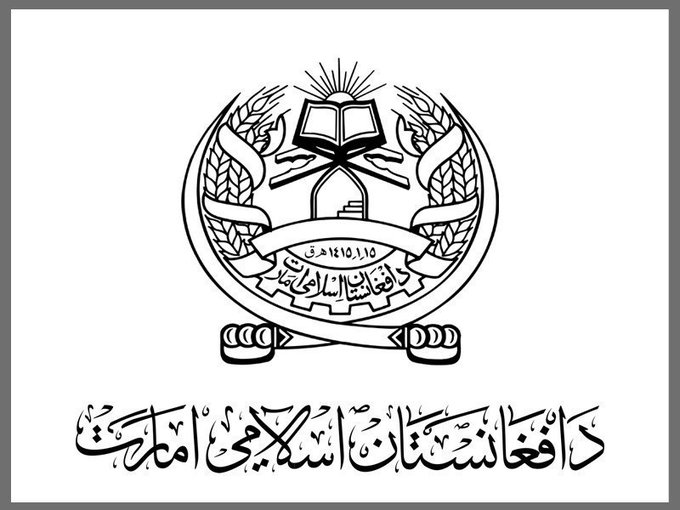 Cover Photograph: The Taliban officially declared the Islamic Emirate of Afghanistan in a tweet with a photo of the country’s logo, August 19, 2021