In God and Dollar We Trust

The world barely escaped a melt down when bank after bank either failed or were on the verge of failing in the USA. The US Administration of President Barack Obama fashioned out a rescue by pumping in almost a trillion dollars to shore up the banks and save the giant US automobile industry, which is still that country’s major industrial driver.

This money was made available by putting the printing presses of the various US Federal Reserve Bank’s on overdrive. Little wonder then that the US dollar is devaluing against most world currencies.

Now President Joe Biden has injected $3.5 trillion to lift the US economy to new heights and near full remunerative employment.

Now let's turn to have the system actually works. Countries like China and India produce goods and services at low cost for consumption in the USA, which in turn pays them in dollars, which they in turn deposit in US banks. Give or take a little.

Since money cannot sit still, this money in US banks is then lent to Americans, who today have the highest per capita indebtedness in the world, to splurge on houses, cars, LED TV’s, computers and play stations which they can often ill-afford. This was well understood, but like the people who kept investing with Bernard Madoff, countries like China, Russia, Japan, Kuwait, India and others keep investing in US securities at interest rates mostly between 1-1.5%.

Thus, in effect the rest of the world was plying the USA with cheap credit, encouraging it to splurge even more. Unfortunately there was and is no global regulator to caution the US on its profligacy or force it to mend its ways.

The Breton Woods Conference of July 1944 took place under the fast receding shadow of the WWII and when the US was literally the last man standing. All other prewar powers including the victors were in shambles. The US was then much more than now the world’s dominant economy and military power.

The economists John Maynard Keynes of Britain and Harry Dexter White of the USA led the teams to draft plans to set up a system of rules and institutions to regulate and manage the international monetary system. The immediate result was the establishment of the IMF and the World Bank.

Lord Keynes had in mind a more elaborate scheme that called for the establishment of an international reserve currency but this had to be shelved in the face of American obduracy. Keynes' proposals would have established a world reserve currency (he proposed it be called "bancor") to be administered by a Central Bank. This Central Bank would have been vested with the possibility of creating money and with the authority to take actions on a much larger scale.

In case of balance of payments imbalances, Keynes recommended that both debtors and creditors should change their policies. As outlined by Keynes, countries with payment surpluses should increase their imports from the deficit countries and thereby create foreign trade equilibrium.

Thus, Keynes was sensitive to the problem that placing too much of the burden on the deficit country would be deflationary.

But the United States, as a likely creditor nation, and eager to take on the role of the world's economic powerhouse, baulked at Keynes' plan and did not pay serious attention to it. The U.S. contingent was too concerned about inflationary pressures in the postwar economy, and White saw an imbalance as a problem only of the deficit country.

Although a compromise was reached on some points, because of the overwhelming economic and military power of the United States the participants at Bretton Woods largely agreed on White's plan.

As a result, the IMF was born with an economic approach and political ideology that stressed controlling inflation and introducing austerity plans over fighting poverty. But the fact that the US has been the world’s biggest deficit country for several decades and seemingly least concerned about it seems to have eluded the IMF.

This and the fact that the US dollar has become the world’s preferred reserve currency (63.9%) is now the root of the world’s economic problem.

This international system was unilaterally abrogated when in 1971 US President Richard Nixon US delinked the dollar from the gold standard . In the absence of a standard and a useful regulatory function for the IMF, coupled with the Reagan/Thatcher era that followed, the great private banks were given a license to run amok.

We are now reaping the bitter harvest. With the US dollar as the world’s preferred reserve currency, the US and it's even more profligate citizens have an apparently endless access to easy credit to satiate their sundry appetites. In this way the ever growing annual US trade deficit becomes the de facto engine of growth for many economies, such as China and the ASEAN countries.

The G-20 earlier this year met under this backdrop. It’s a very different world now. For a start there is no towering visionary economist like John Maynard Keynes on the scene. Keynes said after the conference: “We have had to perform at one and the same time the tasks appropriate to the economist, to the financier, to the politician, to the journalist, to the propagandist, to the lawyer, to the statesman-even, I think, to the prophet and to the soothsayer."

How can there be one like him when the world economic and financial elite lionized the likes of Alan Greenspan for so long? Or when the world’s economic agenda was privatized and handed over to dubious NGO’s like the World Economic Forum? There are no tall leaders like Franklin Roosevelt or Winston Churchill either.

In the past few decades the GWP has been growing at a much faster rate. In 1985 it was growing at 2.76%. In 2005 it grew by 3.56%. Much of this is due to the changing of gear in countries like China and India that began their great leaps forward. China’s growth in particular has been truly astounding. The growth trajectory of these countries has made people to review long held notions about how this century is going to shape up. It seems that in 2050 it will indeed be a very different world economic order. The firm of Goldman Sachs, the major survivor of the Wall Street shakeout has made projections of major GDP’s and this is how the picture is.

This may be or may not be. But the world is a rapidly changing place. The economic balance of power is shifting towards Asia. Like Communism the ideology of the Washington Consensus rammed down the world’ throat has been proved to be a failure. It is time we begin to think differently.

Many think that the world’s four fastest growing economies Brazil, Russia, India, China and South Africa (BRICS) must now become the basic building bricks of the new order. That’s why they are now meeting at the highest levels so often. But it does not seem that they have a plan or agenda.

Interests often conflict. If the USA reins in its deficit, China has much to lose. The 2009 slowdown cost it over 22 million jobs. India’s GDP dropped two points. Russia’s oil revenues dropped off dramatically.

Yet it devolves upon these five growth engines to bring more order into the world system. Casino capitalism can no longer be the guiding ideology. It must be swiftly discarded and a more responsive and intelligent system best suited to all and not just the USA is the need of the day. It is time we revisited Lord Keynes’ proposal for a global reserve currency and consider establishing a system to regulate and manage it.

The USA and even the Euro zone will not want to relinquish the duopoly they have established whereby 91.4% of the world foreign reserves are held in their currencies. The dollar alone accounts for 63.9% of reserves. While the USA’s own foreign reserves stand at a measly $74 billion the rest of the world has $7910 in reserves.

China’s reserves alone stand at $4000 billion while Russia’s is $485 billion. India is way behind here with only $353 billion, but this is still twice those of Germany and France and three times that of Britain.

Clearly the time has come when we must put to work our money for ourselves and not be vulnerable any more to the gambling and speculative predilections of the so-called and over paid professionals in Wall Street. 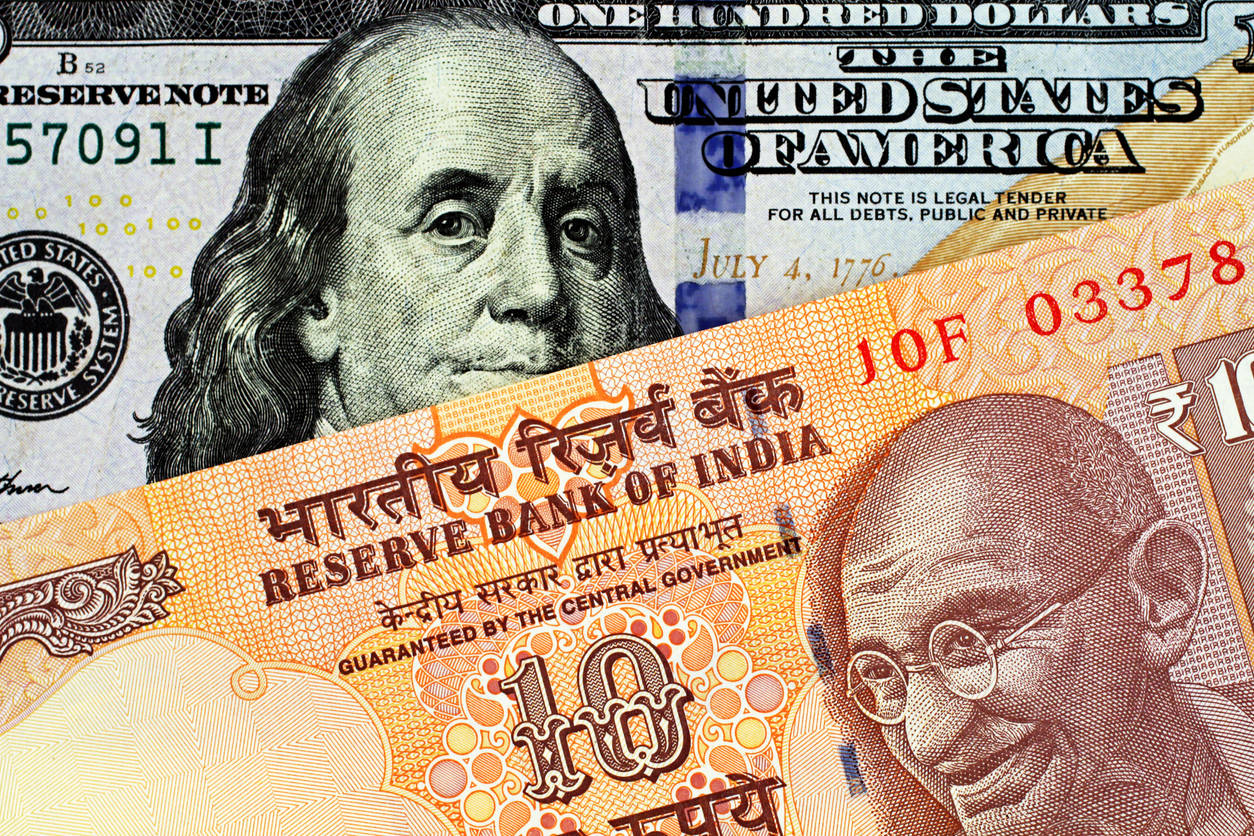