India can reach out to the resistance

Foreign minister Jaishankar informed the recent all-party meeting on the Afghanistan situation that India’s policy is one of ‘wait and watch’. It is an admittance of a policy in the works, depending on how the situation turns out in Afghanistan when the ongoing evacuation by the international community from Kabul airport ceases on August 31 and the Taliban installs itself in power soon thereafter. The complexion of the new regime – essentially whether and to what extent it is inclusive - will presumably determine India’s next steps.

Even if the current stance is dubbed ‘wait and watch’, the government should be pushing for an outcome it prefers in Afghanistan. Diplomatically, it has at the two Security Council meetings joined the international chorus calling for moderation on part of the Taliban and to ensure a broad representativeness in the new government.

On the ground, having pulled out its diplomatic staff, it has limited possibilities of influencing the situation. This action willy-nilly acknowledges the preexisting deficit in India’s Afghan policy that resulted in India being kept out of the plethora of forums that have come up as the peace process wound out over the past two years.

While India’s intelligence moves are not known, these can be expected to include an outreach to the Afghan resistance shaping up at Panjshir holdout. By reassuring the resistance leadership shaping up of India’s continuing support, India can strengthen the hand of the challengers.

At the table currently with the Talban, they can have the confidence to wrest due representation in the awaited dispensation. In case they are unsuccessful, then India can create leverage through continuing support that it can exploit against its traditional rival, Pakistan, depending on how things pan out.

It is likely that the intelligence prong of strategy, even if invisible, is more active than its diplomatic one, since India’s Afghanistan policy over the recent past has been intelligence-led. There have been multiple exchanges between the intelligence establishments of India and the former regime, especially since mid 2017, when US President Donald Trump decided to wind down the American commitment in Afghanistan. Its Afghanistan policy is entwined with its Pakistan and Kashmir policies, making it a subset of its national security policy and therefore, the domain of the national security adviser.

However, despite this privileging of the intelligence prong of strategy - and perhaps because of this - not unlike most other states, India was unable to gauge the rapidity of collapse of the Ghani regime. Limiting its outreach to the Taliban eventuated in India being marginalized.

Consequently, India surveys uncertain national security prospects in case the Taliban remains in power. The threat is not so much from the Taliban, as much as from the unreformed and triumphalist Pakistan, that would be able to return its attention to its traditional preoccupation, Kashmir.

Rattled by President Trump’s 2017 focus on Afghanistan in order to bring the troops back by the end of his presidency, India had appointed a special interlocutor to seek a way forward in Kashmir. It upped the then ongoing Operation All Out so as to take advantage of Pakistan turning its attention to the end game in Afghanistan and dwindling down infiltration to negligible numbers.

Emboldened by the earlier surgical strikes on land, India also launched aerial surgical strikes on Pakistan to drive home the point that it was now a New India and would be militarily proactive in its response to terror strikes of the magnitude as conducted at Pulwama.

This contributed to the electoral fortunes of the ruling party at the Center, enabling its control of parliament to levels that made the constitutional reengineering on Kashmir’s special status possible. As of now, the statistics spell an insurgency at an ebb and infiltration at ‘zero’.

Even so, this appears to be lull before the storm. There is enough tinder in Kashmir only waiting for the proverbial match stick. The recent outreach of the prime minister to the mainstream parties has not resulted in a breakthrough. Absent a promise of return to statehood prior to the elections, this remains unlikely. Such a reversion to statehood, albeit minus the earlier autonomy, would likely only be in case the elections are won by the ruling party, and, therefore, are unlikely to change the political complexion soon.

Consequently, the developments in the neighbourhood have potential for instability for national security, if and when the Pakistani elements – both state and non-state - currently absorbed in returning the Taliban to power in Afghanistan, turn their attention to Kashmir, which can be as early as the traditional last minute infiltration push before snows set in.

In case unrest revives in Kashmir and presence of battle hardened Pakistani mercenaries resets the insurgency to becoming terrorism, India is liable to take harsh actions in Kashmir, besides being militarily firm with Pakistan. The current hiatus of relative stability, such as the Line of Control ceasefire reiteration in February, will likely unravel.

The fallout may not be limited to Kashmir. From the overdrive of the so called mainstream media on contrived linkages between Indian Muslims, Pakistan and Taliban is evident that already-frayed social harmony is set to suffer. Resulting polarization can be taken political advantage of by the right wing. ‘False flag’ terror operations attributable to Muslims, as was the case in several terror incidents in the 2000s, shall heighten the political dividend from insecurity for the right wing.

It is by now well known that electoral advantage is sought by the ruling dispensation from India’s security showing. This remains true for how India will view its Afghanistan policy. Whereas its ‘wait and watch’ policy is good optics, it hides what is to follow. Since Kashmir remains delicate and a potential site for resumption of proxy war, India would perhaps prefer a like handle on the other side of Pakistan, not only to deter it but to get back at Pakistan in case of proxy war revival. Therefore, India may not be averse to instability continuing in Afghanistan.

This explains the lack of energy and dexterity in its diplomacy – exemplified by the term ‘wait and watch’ - in working for the presumed preferable outcome of returning stability and security to Afghanistan over the uncertainty of civil war over the remainder of the decade. 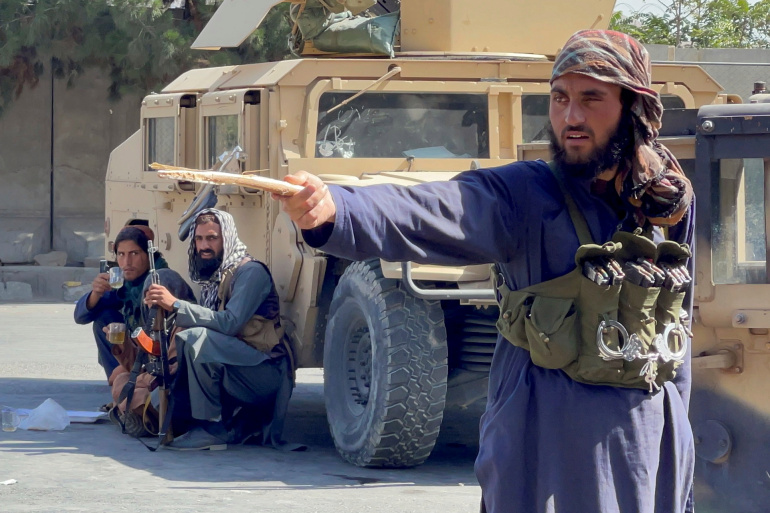