Of Karbala and Ismat Chughtai

I am in the midst of working on a chapter on the Battle of Karbala by Mir Anis for a book I am writing on Urdu poets in 19th century Lucknow, and the Naseeruddin Shah video message is a terrible distraction. I can not stop thinking about it.

On September 2 the veteran actor had released a video message less than a minute long to simply say that it was dangerous for Indian Muslims to celebrate the handover of power in Afghanistan to the Taliban. Of course he could have said that any Indian applauding the Taliban is dangerous.

My reaction was good for him, after I had seen the video once. I went back to my work that includes a reading of Ek Qatra Khoon, a 1976 Urdu novel by Ismat Chughtai which is the story of Karbala.

In between this exhilarating exercise of writing about Anis, I keep looking at the news of the day on the internet, no longer on TV. The hue and cry over each word that Naseeruddin Shah has uttered now prevents me from continuing with my work. I have played the video now gone viral a couple of times, and each time I end up mostly agreeing with what Shah said, despite the generalisations and a sweeping comment like medieval barbaric (vehshi) behaviour/thought. It is true that medieval times may have been the dark ages for Europe but not for South Asia.

Now my thoughts are mixed up between Shah, Chughtai, Indian Muslim, viral videos and images of Mir Anis, Lucknow’s greatest marsiyago or elegy writer and narrator flitting in and out of my mind.

Chughtai was a communist and an active member of the Progressive Writer’s Association. She spent her entire youth being bold and brave, writing about female sexuality and the inner world of women. However in 1972 at the age of 61 years, when she wrote Ek Qatra Khoon, her last novel nearly 400 page long and based on the marsiya of Mir Anis, no publisher wanted to touch the manuscript. Her friends and colleagues too thought that the communist, progressive Chughtai had gone mad in her old age. That the firebrand atheist was crazy to be writing about religion. Eventually the book was published but remains the most under-read of all her works.

Ek Qatra Khoon is not a religious book. It is a tribute to Mir Anis, one of Urdu Literature’s superb poets. And Chughtai was no born again Muslim as she asked that her body be cremated and not buried after her death in 1991. What is perhaps more true is that Chughtai had found time at that stage in her life to return to her cultural roots. She found time to read the several volumes of the marsiya written by Mir Anis and was amazed at the poetry that she had discovered about Karbala.

In the preface to the book that is translated into English by Tahira Naqvi and published in 2019 with the title A Drop of Blood, Chughtai writes that Karbala is the story of seventy two people who took a stand against imperialism in order to defend human rights. She calls the 1,400 year old story today’s story because man is still man’s greatest enemy. For today too the standard bearer of humanity is man. Today too when a Yazid raises its head in some part of the world Husain steps forward and crushes him. Even today light wins against darkness.

The theme of the book is Karbala, where a battle took place in 680 in present day Iraq in which the small army of Imam Husain, the grandson of Prophet Muhammad the Prophet of Islam clashes with the mighty forces of Yazid, the reigning leader of Muslims. Karbala is not just religion. It is history, it is an idea, it is a way of life.

That is why I kind of understand the language used by Shah which is beyond religion. I too speak this language of people deeply attracted to one’s culture but easily dismissive of religious righteousness. This is the language of citizens brought up decades ago in families where the everyday practice of culture was encouraged and people were considered more precious than the rituals of any religion.

These were families where no two people had ever agreed on the same thing, where one person had preferred one kind of lentils at meal times and others who hated daal. Religious differences were not even discussed at the dining table as it was said to ruin the digestive system.

What was drilled into us instead is that religion and the relationship of every individual with their creator is a personal and private matter. What mattered more was the practice of morality and ethics, not how one chose to connect with the creator of the world.

The youngsters in the family saw the impatience of elders over any kind of fanatic behaviour. The logic of the elders was that extremism of any sort does more harm than good to human beings. When some of the younger lot in the family had disagreed and argued with my freedom fighter/journalist/politician father he had smiled indulgently, nay encouragingly.

He had insisted that authority should never be allowed to get away without being questioned, and that it is the prerogative of youngsters to be dismissive of especially religious righteousness, and political authoritarianism.

That is why those wise elders were seen picking out universal values from every culture so that neighbours and friends would understand each other better. There was a time when those in power, and elders at home had tried to create an atmosphere in society where universal ideas and values became part of our collective memory. There was an attempt to encourage all citizens to hold their heads high and to live with a mind without fear.

This was the language taught to us in Nehruvian India when citizens were given the confidence by those in power to speak their mind and while doing so if they sounded cocky, eccentric or a bit out of line it was not considered a crime.

While growing up, no one I know had ever lived with the fear that if they said this or said that it might be at the risk of their life. The lessons taught were to ignore silly arguments and to keep the wisdom found in some conversations. No one had feared being sent to the gallows for speaking their mind.

I am trying very hard today to unlearn what I know for so long. To learn a new language of discussing in a shrill voice private matters like religion on public platforms and to be able to say what I don’t mean. To say jai sri ram when throughout my life spent in Avadh I am used to saying jai sia ram. I have to try very hard these days not to write about what I see happening around me and not to say what I actually mean.

I have to try very hard to keep that head so filled with confidence down, as waves of fear keep swimming in and out of the mind. Irrationally perhaps.

In the autumn of my life when I had barely learnt to be true to myself I am forced to embrace falsehoods for survival.

Mehru Jaffer is a journalist and author. 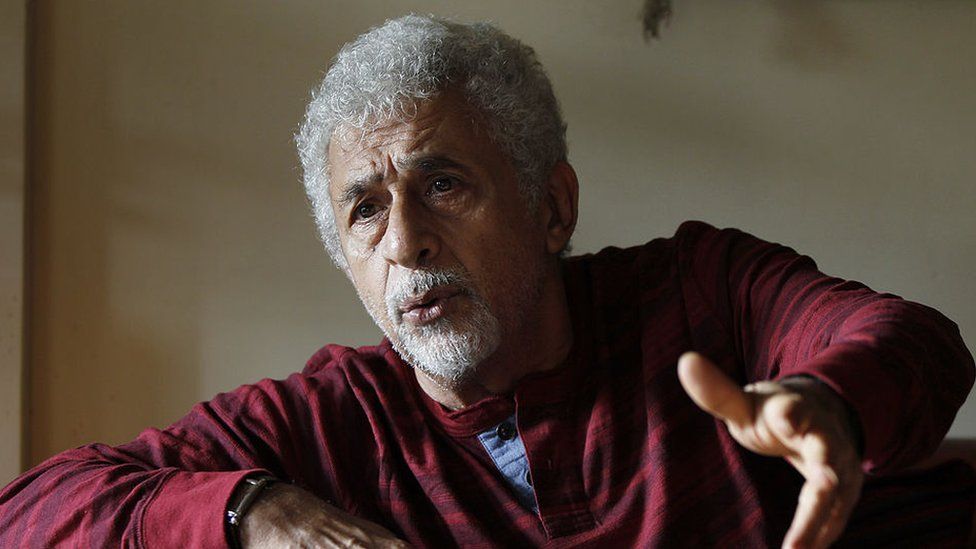