USA may operationalize the 2016 Logistics Exchange Memorandum of Agreement (LEMOA), by insisting on building a military base in India, for use as a staging area for beyond-the-horizon surveillance and “launching attacks on terrorists in and around Afghanistan”.

The US Administration is embarrassed by its capitulation to Taliban (signing a peace treaty with Taliban at Doha, February 2020, to allow withdrawal of US troops from Afghanistan), the sudden collapse of the US trained and equipped Afghan Army, USA’s $2-trillion-plus investment over 20 years in Afghanistan vanishing, and its precipitous withdrawal following Taliban’s rapid capture of Kabul.

The US appears to be reduced to retrieving its domestic and international “face” by striking at terrorists in Afghanistan, and seeks a base from which to do this.

The idea of a staging area in India for over-the-horizon US forces was articulated during a US Congressional hearing by Republican Mark Green asking Secretary of State Antony Blinken: "Considering rumours of ISI’s support for the Taliban, have you guys reached out to India as a possible staging area for the over-the-horizon forces? I'm talking about northwest India as a potential because we all know Qatar and Doha, the other places, are just a little bit too far ... Kuwait, all of that. What about northwest India? And have you reached out -- have you thought about that?”. Blinken responded that he would “rather take that up in a different setting”, and that the US Administration is “deeply engaged” with New Delhi.

The matter-of-fact nature of Green’s question indicates that US Congressmen assume that India, being USA’s subordinate strategic partner and signatory to LEMOA and CISMOA, cannot refuse Washington’s request for a military base.

India has had concerns that LEMOA could commit it to hosting U.S. troops at its bases, or draw it into a military alliance with the United States and undermine its traditional autonomy. That USA sought to allay this concern may be seen from Indian Defence Minister Manohar Parrikar and his counterpart US Defense Secretary Ashton Carter both stressing that the agreement does not allow for US bases to be set up on Indian soil nor for troops to be stationed there.

However, the US has gauged India’s political establishment. This is evidenced by the US strategic mindset expressed by Benjamin Schwartz, former India country director at the Pentagon: "What the signing of this [LEMOA] shows is that the Modi government is willing to take and suffer the short-term political criticism of signing these things for the longer-term benefit of building the defense relationship with the United States" .

USA establishing a military base in India will simultaneously save face, maintain its regional hegemony, and declare its strategic superiority. What better place is there in “northwest India” other than Kashmir or Ladakh for US military operations in Afghanistan?

Going a bit beyond Benjamin Schwartz, it may obliquely even suit the politics of the Indian establishment to divert attention from domestic matters.

Troops and military hardware located in a US military base are an attractive target for politically insane Islamists. Pakistan, Taliban, or a non-state entity like ISIS or Al Qaeda, deliberately or mistakenly attacking a US base on Indian territory, would constitute an attack on the USA, and lead to armed conflict if not war, centred in India.

With LEMOA and CISMOA signed, and BECA all but signed, USA would expect US-India joint military operations launched from Indian soil, against the attacker. The world is witness to US president George Bush initiating military action in Iraq, based upon unsubstantiated accusations of WMD. An attack on a US military base would certainly draw retaliation against the attacker.

If USA’s India base is attacked, the India-US strategic partnership would at the very least lead to up-scaling USA’s military infrastructure at the base, and extend to active involvement of India’s armed forces. This would almost certainly escalate into conflict with Pakistan, which is sure of China’s diplomatic support, and of the latter raising the threat levels for India along the length of the Himalayas, to divert India’s military attention and stretch its resources.

Apart from the problems for India’s military, this will have a devastating, possibly irreversible, effect on India’s economy, already hit hard by the Pandemic coming on top of disastrous previous decisions.

During the USA's 20-years occupation of Afghanistan, its attacks on Taliban and Al Qaeda resulted in huge loss of life and property of ordinary Afghans who were unconnected with terrorists. These losses were explained away as “collateral damage”, often not even acknowledged, leave alone regret.

Strikes against terrorists launched from a US base on Indian soil cannot be any more accurate than US attacks launched from Bagram and other erstwhile US bases inside Afghanistan. Such “collateral damage” on Afghani civilians will vitiate India’s relationship as a major stakeholder of peace and stability, with the Afghani public, and its diplomatic position with Afghanistan.

Further, US intention of striking at terrorists “in and around Afghanistan” from its base in India, is ominous, especially the word “around”. It could mean that US forces would unilaterally acquire targets (persons, terrorist hideouts, etc) at their discretion. India’s accountability for attacks launched by US forces from Indian territory, would be unavoidable.

The lines are being drawn. Senator Green spoke of rumours of ISI supporting the Taliban. However, news of heavy casualties among Pakistani regular troops assisting Taliban in attacking Panjshir, confirms Pakistan’s support, whatever its statements. Iran applauded Taliban’s victory even if only because USA was humbled, is about to get full SCO membership with China, Russia and Central Asian Republics, and joint Iran-Russia-China maritime exercises are planned in the Persian Gulf.

Further, the recent formation of AUKUS has caused China no little disquiet. India already being a member of USA-Australia-Japan-India QUAD, China is wary of India becoming the “sixth eye” of the western powers existing Five Eyes (USA, UK, Canada, Australia and New Zealand). With PM Modi joining a QUAD summit meeting in Washington on 24 September, and meeting with US president Biden separately, Afghanistan will be in sharp focus.

India is a sovereign democratic Republic, with complete power and authority over its territorial and material assets, independence and integrity of political and economic policy, and ownership, control & jurisdiction over all its national assets and properties.

Empowered by Article 73, PM Dr.Manmohan Singh went ahead with signing a strategic partnership agreement with the USA in 2005, without discussion in the Indian Parliament. Thus, subordination to US foreign policy took shape under the stewardship of PM Dr.Manmohan Singh, with drafting the Logistics Support Agreement (LSA), signed in 2016 as LEMOA.

In June 2018, USA told India, by then under the stewardship of PM Narendra Modi, to cut oil imports from Iran “to zero” by 4 November, or face sanctions without waivers. This had obvious adverse economic effects for India. In 2019, in continuing subjugation to the US diktat, India also stopped oil imports from Venezuela for the same reason, and suffered further economic loss.

India’s subordinate status in its strategic partnership with the USA is the sad reality. However, from being USA’s subordinate strategic partner, allowing a US military base will lower India’s status to that of USA’s vassal state. Allowing a US military base on Indian territory could well be the final nail in the coffin of India’s political sovereignty.

To paraphrase Benjamin Franklin on freedom and security, the nation which trades sovereignty for security does not deserve nor will ever receive either.

In the context of the USA's request for a military base in India, it is worth emulating PM Vajpayee. In July 2003, US president George Bush requested India to send 17,000 Indian troops to assist US troops in Iraq. Although some of his cabinet colleagues were in favour of sending Indian troops, political and public opinion was intensely hostile to the proposal. PM Vajpayee refused the US request, insisting that the decision must be based on national consensus, thus showing his commendable respect for the people and the principles of democracy.

A US base established in India may send a message of India’s strategic subordination to the USA, and its political and military helplessness to the world. It will certainly compromise India’s aspiration to a permanent seat in UNSC, and India’s ambition to be recognized as a leading regional power.

In its attempts to contain China’s expansionist strategy, India must not fall into the trap of losing its traditional autonomy or compromising its sovereignty.

With Vajpayee-like maturity, the sovereign democratic Republic of India should quote the Parrikar-Carter meeting of 2016, and diplomatically yet unequivocally, reject USA’s call for a military base on Indian territory. 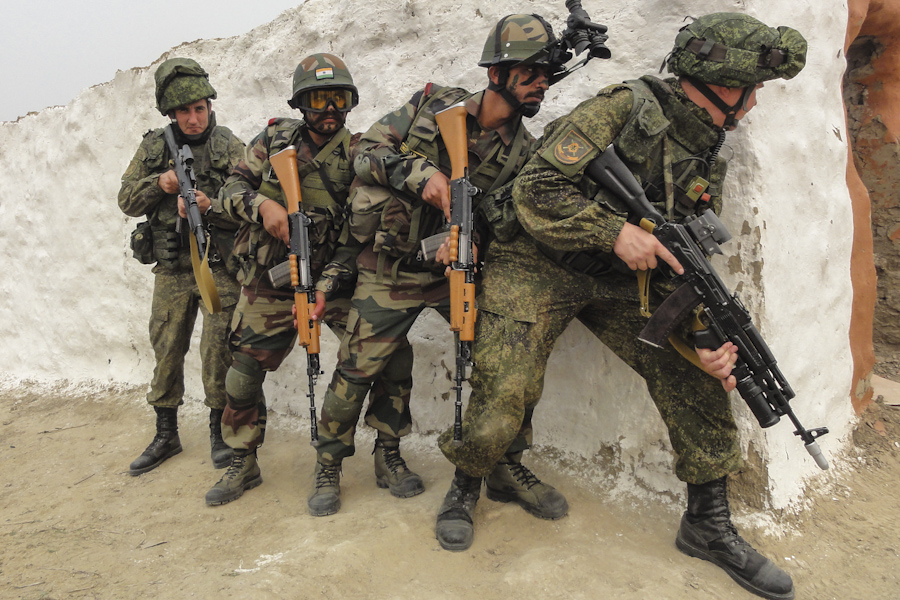