Massive preparations are on in almost all states to ensure the success of the September 27 Bharat Bandh call given by the Samyukta Kisan Morcha and supported by Left and other opposition political parties, all central trade unions, and numerous organizations of employees, teachers, traders, transporters, agricultural workers, women, youth and students.

The Bharat Bandh has been called to coincide with the completion of ten months of the historic farmers’ struggle, and is directed at the anti-people and pro-corporate policies and also the communal and authoritarian conspiracies of the BJP-RSS regime led by Modi and Shah.

Some of the main issues being highlighted in the Bharat Bandh campaign are:

- Repeal of the three Farm Laws and the four Labour Codes

- Withdrawal of the Electricity Amendment Bill

- Halving the astronomical prices of diesel, petrol, gas and other essential commodities

- And defending democracy, secularism and the Constitution against the attacks of the RSS-BJP.

The SKM has announced that the Bandh will be from 6 am to 4 pm, with only essential services excluded. Thousands of district, tehsil, city, town and village level meetings have been held to propagate the Bandh call. Lakhs and lakhs of leaflets have been distributed to the people, to spread the message of the Bandh to millions of people across the country.

The Indian Workers Association of Great Britain has organized a demonstration of solidarity with the farmers of India, outside India House in London at noon on September 25.

The SKM has also extended active support to the All India Strike of Scheme Workers on September 24, which will have the massive participation of Anganwadi, ASHA, MDM, NCLP, SSA and NHM workers.

These workers are demanding regularisation of their services as Workers, with provision of minimum wages, in addition to stopping the privatisation of public sector units and services and withdrawal of the four Labour Codes.

The SKM recognises that these scheme workers delivering basic services of nutrition, healthcare, early childhood care and education in even remote parts of the country, who are mainly women, are being exploited and do not get even sustenance level allowances.

These workers have been at the frontline of fighting the Covid pandemic at the risk to their own lives. SKM has greeted lakhs of these workers, and has expressed full solidarity to their all India strike planned for September 24.

Two events last week have once again revealed the sheer bankruptcy of the Modi regime. One was the report of the 77th Round survey of the National Statistical Office. The second was the MSP declared by the Union government for Rabi crops.

The Modi Government has been dangling the elusive goal of “doubling farmers’ income” for years. The deadline for this promise made in 2016 is just three months away.

While refusing the farmers’ demand for legally guaranteeing remunerative MSPs on all agricultural produce based on the C2 + 50% formula, the Modi Government chose to do direct income transfers of a meagre Rs 500 a month for land-owning agricultural households. Even this was done as a pre-election stunt in 2019.

And now the report card on the Modi government’s jumla is officially out.

NSO’s 77th Round survey shows that over 50% of agricultural households are in debt, with farmers’ debt increasing by 58% over the last five years. Income from farming has decreased in real terms, with more agricultural income coming in the form of wages or non-farm business than from cultivation.

This confirms an overall trend of turning farmers into agricultural labourers in India. It also confirms that the remunerative price route is the most direct route of improving farmer incomes in India.

The NSO survey on the Situation Assessment of Agricultural Households (data from 2019) clearly shows that income from crop production and livestock farming at an average at Rs 5,380 per month is not significantly higher than income for an agricultural household from other sources like wages and non-farm business at Rs 4,838 per month.

Back in 2013, as per the NSSO’s 70th Round survey, average net receipts from cultivation were Rs 3,081 per month whereas wages were Rs 2,071 per month. This clearly shows the decline of farming in the last six years.

Moreover, in 15 states of the country, the net receipts from crop production are lower than the national average of Rs 3,798 per month, which in itself works out to a meagre income of around Rs 125 per agricultural household per day.

It is clear that farmers of this country are being made into agricultural labourers when it comes to their main source of income.

It was in this context of decline that the Union Government last week announced the MSP for Rabi crops with the usual rhetoric of ‘greatest ever increase in MSP’, ‘extraordinary favour to the farmers’, etc.

The fact is that the government has actually reduced the MSP of Rabi crops in real terms. While the retail inflation stands at 6% the MSP of wheat and chana has been increased by 2 and 2.5% only. This means that in real terms it has been reduced by 4 and 3.5% respectively.

On the one hand, the farmers are facing the brunt of massively increased prices of diesel, petrol, fertilizers, other agricultural inputs and their daily necessities, and on the other hand, they are becoming poorer as their income is getting reduced.

The Government is also misusing the term ‘comprehensive costs’ which has always been used to refer to the C2 Cost of Production.

As pointed out by farmer organisations since 2018, the government is blatantly deceiving the farmers and the nation by using a lower cost measure (A2+FL) and claiming that it is providing MSP as 50% above the comprehensive cost.

Finally, without a legal guarantee the MSP declared by the government will remain on paper for most farmers. Lakhs of farmers, particularly in states where the mandi system is weak, have to sell their crops below MSP. The legal guarantee for MSP has been a longstanding demand of the farmers, and is one of the key demands of the SKM.

Against this backdrop is the open loot of corporates. Recently, apple farmers in Himachal Pradesh led big protests against the government’s apathy towards their demands to ensure remunerative prices for apples, and against corporate loot.

A leading corporate that is selling vegetables now has fixed the rate of A-grade premium apples at Rs 72 per kg, against Rs 88 per Kg last year. Consequently most of the farmers are making a loss. The apple farmers are joined by the farmers growing tomatoes, potatoes, garlic, cauliflower and other crops, who are demanding legal guarantee of MSP for all crops.

After crops and insurance, the government has also handed over fertilizers and seeds to the corporates.

The urea that IFFCO sells at Rs 266.50 for a 45 kg bag is now selling at Rs 199 a kg on Amazon. On Flipkart the price of 450 grams of urea is written as Rs 130! This is on a platform launched by the Agriculture Minister himself.

It is this cynical loot and exploitation by corporate communalism which is being valiantly combated by farmers for the last ten months, and will again be fought tooth and nail by the Bharat Bandh on September 27.

Ashok Dhawale is President of the All India Kisan Sabha. 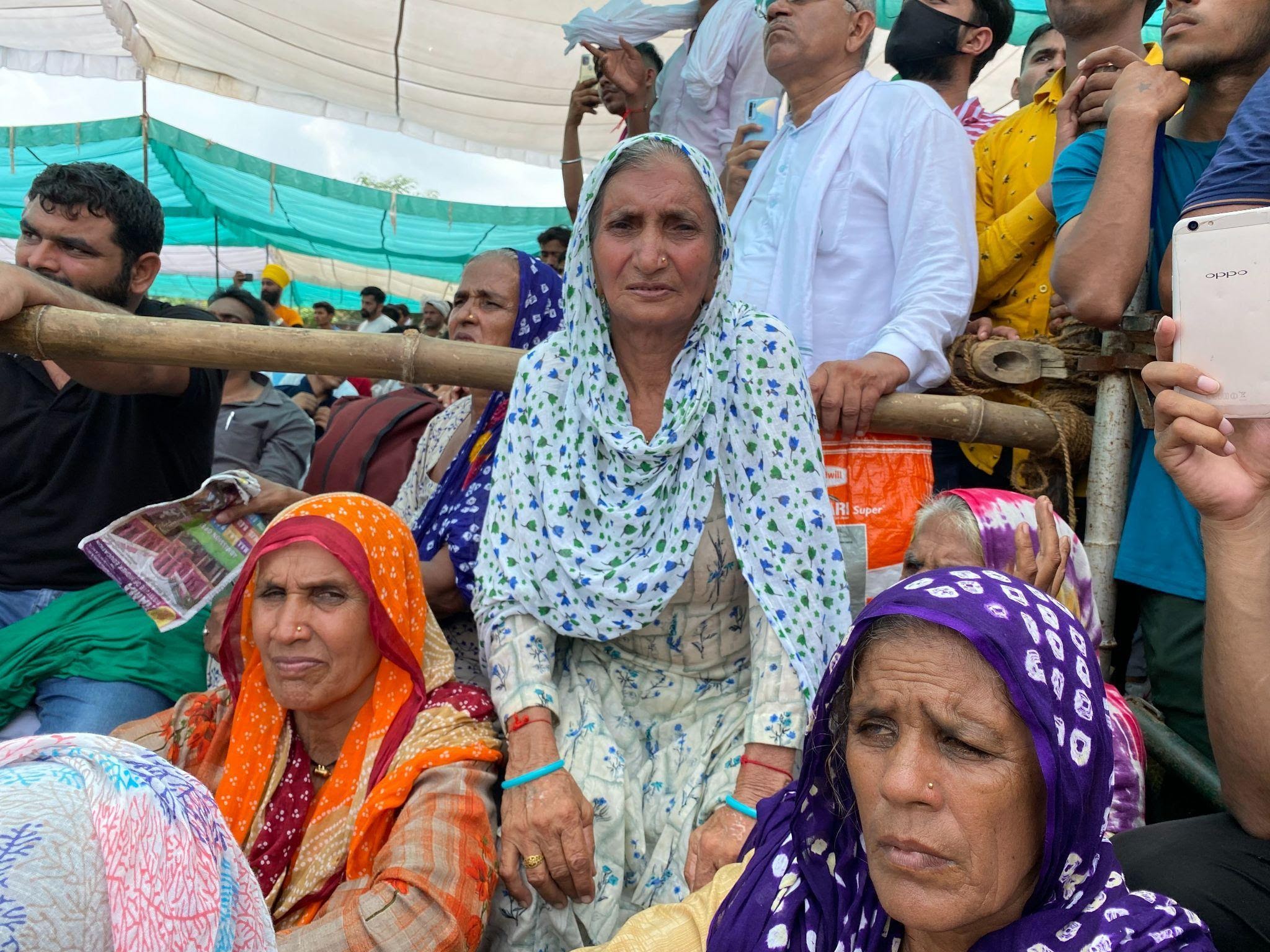