The Congress Has Shattered in Punjab, With Ripples Across

Who is responsible for the mess?

Who in the Congress party is responsible for the mess in Punjab, starting with the decision to bring in Navjot Singh Sidhu as the party chief and quite against the wishes of then Chief Minister Amarinder Singh?

It is difficult to say as there is no party president who can be held accountable, only a First Family comprising Sonia Gandhi, Rahul Gandhi and Priyanka Gandhi. The Congress is never consulted, no meetings are held, no AICC or Working Committee meets and often the first that senior leaders in the party hear of a decision is after it is taken. And while everyone knows who is responsible, there has been no verbal or written decision of any kind. Just an invisible hand making itself felt with chaos.

The same was when Sidhu was brought in. And since then, as predicted in these columns, there has been complete chaos in the party. The CM who was never too happy with the choice to bring in his nemesis into the party in a top post, quit. And went into his residence after informing the media of his ‘humiliation’ and of how he was never really taken into confidence by the Nehru-Gandhi family. And that is what he would do soon - the options being joining another party or floating his own outfit.

Speculation had not died down before the Family, again without public consultation, took another decision. Instead of Sidhu who had been led to believe that this post would be his, it decided to appoint Charanjit Singh Channi as the CM, patting itself on the back for bringing in Punjab’s first Dalit CM. Sidhu was shocked as were his supporters, but he was placated again by invisible channels that his wishes would be followed, his supporters would be brought into the government, and he would have a say on who would be where and do what.

This too, very predictably did not happen. And just as the First Family was basking in ‘what a masterstroke sirjee’ praise, Sidhu struck. The day the government was formed he quit.

And if this was not enough Amarinder Singh followed it with a visit to Home Minister and BJP leader Amit Shah in Delhi, and another meeting with National Security Advisor Ajit Doval. Again loyalists are flying furious at Singh for going to the BJP, but surely those who opened the doors in the first place by dislodging a stable government should be held accountable? Singh will not join the BJP but clearly has worked out a political strategy that will be visible in the months leading up to the Punjab Assembly elections, as despite benign 80 years, he is active and fit and clearly raring to go.

Unlike Sidhu whose rhetoric of course will be a nuisance and remember he has shared bread with the BJP earlier, Singh will use his clout in the state to foment trouble for the Congress party within Punjab and outside. That is a given.

The farmers have watched this saga in disbelief, more so as a quiet decision had been taken within the Samyukta Kisan Morcha that they would back the Congress party in the coming elections. Not the party as much as Amarinder Singh who managed to get the farmers behind him with a pro- stand, and was fairly popular with them. Now that he has been ousted, the farmers are confused again as the Akali Dal is not a favourite and nor is the Aam Aadmi Party at this moment. As one senior farmer leader told The Citizen,”it seems someone has planted a mole inside the Congress party to ensure disarray.”

Punjab Congress leaders are voicing their disquiet with the cabinet itself representing the factions within. In yet more reprehensible behaviour, the Congress workers were encouraged to attack the residence of former minister Kapil Sibal simply because he questioned these decisions and insisted on a meeting of the party to discuss this and other issues. This has gone down very badly with all leaders in the party, at the centre and in the states as Sibal is one of 23 senior Congress leaders who had demanded more democracy and transparency within the Congress party.

That the First Family is completely out of its depth is becoming very clear. As sources pointed out, only arrogance and ignorance could prompt leaders to change the stable leadership of Punjab just before the elections, and that when Amarinder Singh was widely predicted to lead the Congress to victory yet again in the state. There has been no opinion contrary to this popular view, to justify the First Family’s decision to tamper with the state and get the bees out of the hornets nest.

The result is that everyone in the party is feeling the sting, with Sidhu insisting that he will not be mollified, his supporters quitting the Cabinet, a perplexed Channi trying to mend fences, and Amarinder Singh who is still in the Congress by the way meeting the top functionaries in the BJP and the central government.

The Congress party if it meets, in full form or as a group of 23 should first find out who took the decision to dismantle Punjab. And follow it with a demand for action against the person or persons so responsible for these unilateral decisions never announced, just executed, in a manner that decries the functioning of a supposedly democratic party that claims to be wedded to democracy. And in its arrogance actually believing that Singh and others would behave like minions and follow the commands, and in its ignorance of the party and its core actually believing that the ripples of this tampering would stop at the appointment of Channi. 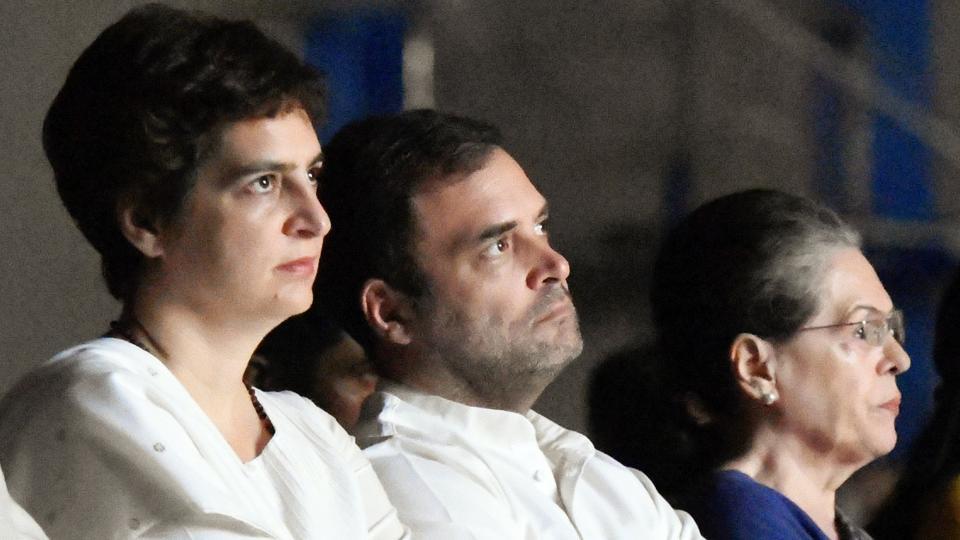