Is Lakhimpur Kheri Going to Be a Gamechanger for the Farmers?

The manner in which the farmers movement is being treated by those in power defies belief. After all, in a democracy when laws are passed, these are for the good of the people at large, and when the communities so affected raise serious objections surely governments are expected to sit down and listen. And find a way out by either withdrawing the laws, or removing offensive clauses, or reframing the legislation so it is seen by the people as friendly and supportive and not anti- and hostile.

So when the farmers came out in large numbers to demand a review and withdrawal of the laws that they felt were striking at their basic interests, they met with executive resistance. Even when some rounds of talks that fizzled out as expected were going, the social media was being used to target the farmers as anti nationals, khalistanis as at that time a large number were from punjab etc. The animosity thus grew, and in the complete absence of healing gestures the talks ended without any headway,

From then on it has been downhill. Threats, arrests, intimidation were all tried by the government to break the farmers movement. This path of coercion itself was faulty and clearly rose from ignorance and a failure to understand and appreciate the nature of the north Indian peasantry. There have been sporadic movements after independence that have given deep insights into the working of the Indian land owning peasantry ---as in Punjab, Haryana and Western UP - foremost being the fact that the Jat farmer cannot be messed around with. The Dalits and the small farmers have felt his power, but so have the Muslims and organised political forces from time to time.

The sons of the peasant have flooded the army and the police, and as the character of the military changed, it is the sons of the soil who have replaced the officers drawn from the more elite and exclusive families in the past. There is a pride, and courage or irreverence or arrogance---call it what you will---that has always been on display in peasant struggles big or small. And a confidence that reporters have admired when covering the protests or elections in these states,

The anger thus, at being branded anti nationals, and being abused on a daily basis mounted. And soon Haryana farmers joined in large numbers. Every time Chief Minister Manohar Lal Khattar spoke, more and more farmers joined the movement --- the rising graph was gradual but continuous---with his latest video now ensuring that even the toe space he was left with has been substantially reduced. Khattar is heard in this video urging the people around him to pick up lathis to teach the farmers a lesson. And not to worry about a month or two in jail as they will emerge as leaders.

The farmers came together to demand his resignation. Before this they have successfully disrupted some of his meetings, and blocked BJP legislators from entering their constituencies.

The call to teach the farmers a lesson has come in the wake of similar threats and expletives that have filled the social media against them. They have withstood the storm of abuse followed by lathi charges, arrests, detentions that the organisations have all withstood. The farmers' unity has not fractured over these long months setting a record being witnessed now by the world. Instead the movement has grown with the initial trickle from western UP having expanded to a flow and now a movement within itself. The maha panchayats in Haryana and Western UP against the farm laws have indeed been historic, catapulting young and old leaders on to the centre stage.

The ruling Ministers failed to comprehend the unity of the farmers in UP, and the reach of the big rallies that are being held there. For if they had the minister of state would not have resorted to taunts, saying they would be thrown out of his constituency. The result was that farmers started gathering there to stop his meeting, protesting peacefully by all accounts. As the north Indian peasant does not take kindly to slights and provocation and has always retaliated in the past.

It was in the midst of this that the incident occurred with two vehicles, driving at high speed, ramming into the farmers from behind as they were dispersing from the protest site.

The incident will have huge ramifications. The videos have become viral and the media that is saying different has been virtually isolated through a social media campaign that questions their independence and honesty. This is not a good development as the media is no longer recognised as an independent entity, and seen as close to the ruling establishment doing its bidding on all issues of concern. So for one, the media has completely lost its stature and reputation and hence is no longer seen as the fourth pillar of democracy by the people at large.

Two, it has brought the opposition together and on to the streets as not seen before. How long this will last has to be seen but the fact remains that all non BJP political parties, including those in power in the states have supported the farmers vociferously,

Three, the assault on the farmers has created ripples down the spine of India that will extend outside the current areas of their influence.

Four, it has put the ruling party on the defensive not just in India but around the world as the images and the headlines have been flashed by all major news agencies. This feeds into an image Prime Minister Narendra Modi has been trying hard to dispel through diplomacy.

And five, it has the potential of turning the entire confrontation into a class war. Of the powerful versus the have nots with more and more sections of society identifying with the old farmer who , according to the video clip, was the first to be hit by the racing vehicle and is literally seen going down under while just walking back peacefully from the site.

Lakhimpur Kheri is emerging as a game changer. 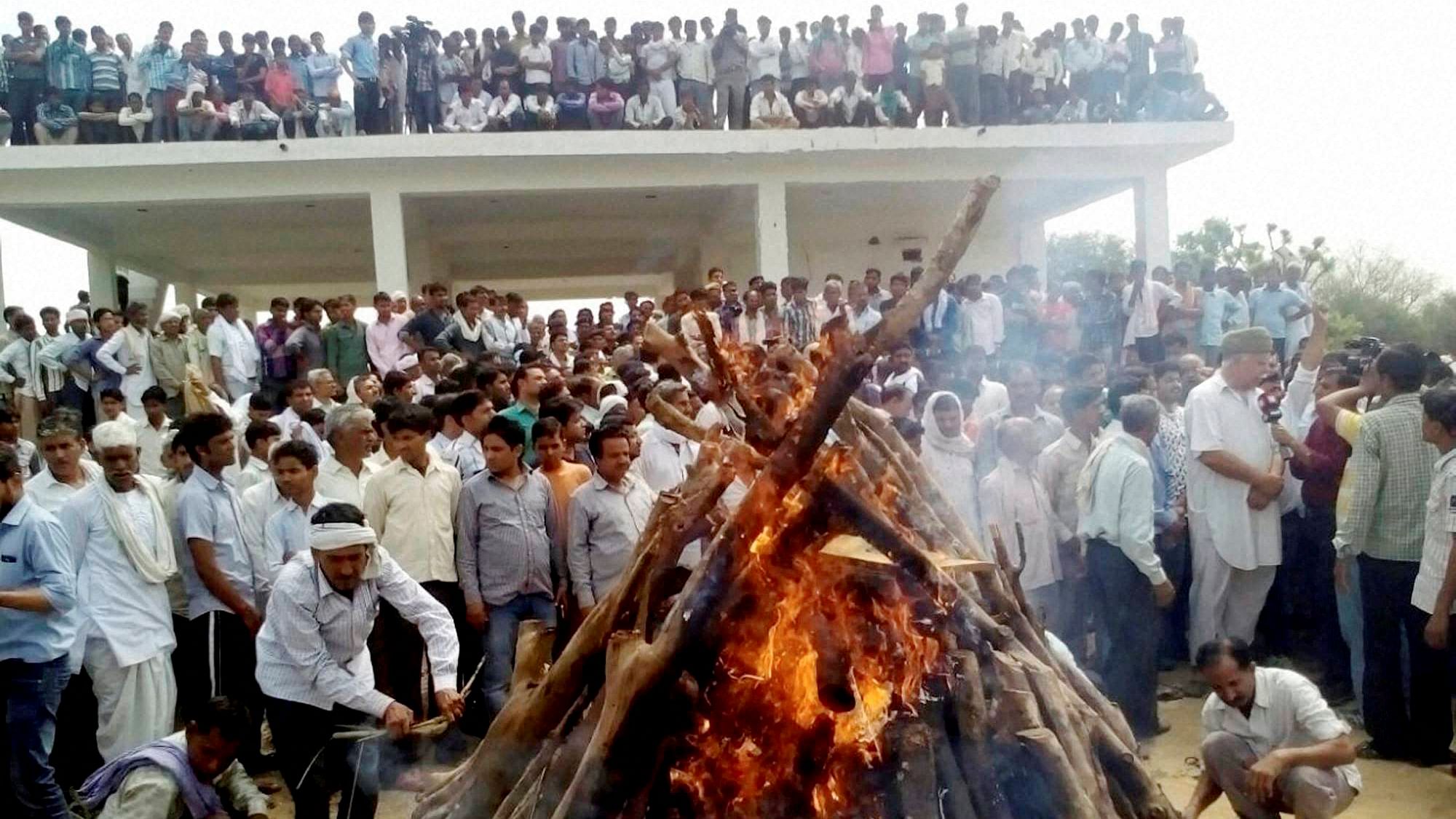