Public protests have been recurring events in the Bhartiya Janata Party (BJP) government’s second term in office. In the series of protests against the present dispensation, the farm protests and the violence in Lakhimpur Kheri marks a turning point in the history of such protests.

At a moment when the economy is struggling to recover from a slowdown and the government is running out of ideas to resolve the economic crisis, the three controversial farm laws that farmers have been opposing for over a year are at the front and centre of this change.

The death of eight people, four of them were farmers and four others died in the ensuing clashes over the farm laws is an important moment in Indian politics with the potential to change government-opposition equations and alter the terms of the national debate.

Several video clips of the speeding vehicles have surfaced which show that this was no accident rather these vehicles were deliberately ploughed into a peaceful procession of agitating farmers. The large volume of recorded footage clearly shows the deliberate manner in which this brutality was executed. It would be hard to dismiss this footage and the visual imagery which sharply conveys the callous nature of political authority. It gives a clear indication of the coercive instincts of the state.

Until now, the government had dismissed such protests as expressions of the disgruntled opposition which is unable to accept the popular mandate for the BJP government and the popularity of its prime minister. Lakhimpur has changed that. The farmers protest has acquired powerful political significance with the opposition parties openly backing the protests and demanding action against the perpetrators of the Lakhimpur violence. That changes the dynamics of the protest which has now assumed the shape of a confrontation between the government and opposition parties also.

Additionally, the farm agitation has already found political roots in Punjab and Haryana and western Uttar Pradesh (UP), its extension deep into the terai region of poll-bound UP and Uttarakhand which is also going to the polls has been expedited by the events. This has jolted the BJP a few months ahead of the assembly elections.

Further, the government’s high handed response to these events underscores yet again the ruling party’s attitude to dissent and to the rights and liberties of anyone questioning their policies and decisions. The UP government has once again displayed its disregard for democratic norms and justice. Every time there is a protest it has tried to prevent politicians from opposition parties from reaching the protest site. For three days opposition leaders were prevented from visiting Lakhimpur to condole with the grieving families. They were either detained or prevented from travelling.

Priyanka Gandhi was detained in Sitapur and several other opposition politicians were likewise stopped from travelling to Lakhimpur. The Chhattisgarh chief minister was not allowed to travel out of Lucknow airport to hold a press conference, even though Section 144 was not imposed at that point in the state capital. Not allowing politicians to travel violates the freedom of movement guaranteed under the Constitution. It is a violation of the constitutional right to protest under Article 19. However, the issue is not stopping politicians, it is intolerance of opposition and protests. This is the crux of the matter.

This is, of course, hardly the first time the UP government has disallowed democratic protest. Lakhimpur is not an isolated incident. The same happened in Hathras in 2020 after the gang rape and death of a nineteen year old Dalit woman. Imposition of Section 144, communication blackout and internet shutdown is almost immediate in case of any protest.

The most brazen example of this intolerance was the state government’s response to the protests against the CAA. In 2019, a massive agitation against the contentious new citizenship law saw the UP police often use overwhelming force to curb the protestors. As in the case of citizenship protests, the religious identity of the farm protesters has been used to criminalize the farmer’s movement which is driven entirely by economic interests, and not identity issues. But this slanting and misrepresentation hasn’t managed to delegitimize or break the farm protests.

The farm protests have cast a long shadow over the coming UP polls. The deliberate projection of the government’s power and authority and disinformation to discredit protests has been seriously challenged. Faced with massive outrage against the heartless killing of farm protestors, the chief minister had to negotiate with the agitating farmers and reach a compromise that entailed registering an FIR against the Union Minister’s son who was eventually arrested.

The government also announced compensation and the promise of a government job to the next-of-kin of the four deceased farmers. The BJP’s changed response is recognition of the game changing nature of what happened at Lakhimpur.

Finally, this incident marks a shift in the political narrative that has thus far been dominated by the Hindutva push and creating a communally charged atmosphere to polarize the electorate that allows the ruling party to remain in power. This approach has begun to generate resistance at different levels including in UP - the bastion of the Hindu Right. It finds a substantive challenge in a discourse represented in farmers’ issues, the collective anger against lawlessness and administrative arrogance.

The contradiction between farmers and the government which has taken a sharp political turn has been bolstered by a massive churning at the ground level which in turn is shored up by the support of a multitude of classes, castes and religions for the farmer’s agitation.

No farmers movements in the past have been as inclusive as the current one as regards its support structure and the wider issues it has taken up for the country as a whole. The farmers have been opposing wholesale privatization of the public sector and also defending secularism, democracy and the Constitution against attempts to undermine them. To be sure, this remarkable movement is salvaging democracy and for that Indian society and polity would remain indebted to the farmers, notwithstanding electoral outcomes. 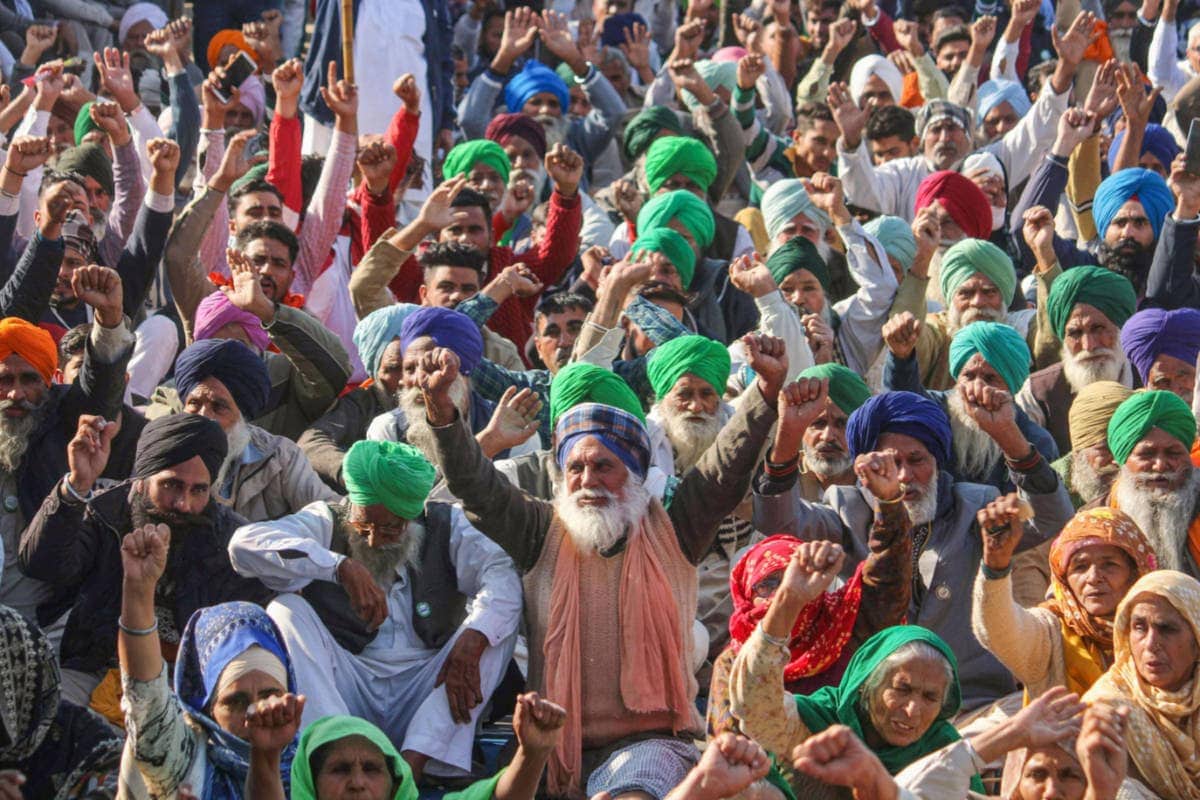