Silence Does Not Invisibilize You

In and outside Bollywood

Anyone with even an iota of intelligence and an understanding of our dysfunctional legal eco-system knows that there is something deeply problematic and rotten with the Aryan Khan case. The NCB's ( Narcotics Control Bureau) conduct is deeply suspect, even without the personal allegations now levelled against its Zonal Director Sameer Wankhade.

The entire case, with its political and criminal "witnesses", blank "panchnamas", allegations of extortions and bribes by the NCB's own witnesses, deliberate leaks of irrelevant two year old Whatsapp chats, desperate attempts to fabricate a " conspiracy" where none exists, conjectures of an international cartel without any evidence, repeated refusal of lower courts to grant bail, has exposed the agency's own rot, along with that of the Union Home Ministry, the judiciary and the press.

Its hounding of a 23 year old boy who had neither consumed, nor was in possession of, any drugs makes no legal sense. The seized drugs amount to about 1.50 grammes per accused, and yet the NCB is more interested in pursuing this case than the 3000 kgs seized at the Mundra port ! It is now clear that Shah Rukh Khan and his family have been targeted, probably framed; what is not yet clear are the reasons for this.

It could be, as Pratap Bhanu Mehta points out in a recent article, that Bollywood's largely secular character is not to the taste of the present regime, which has decided to make it fall in line by targeting its most iconic face.

It could be that the three leading superstars of Indian cinema are all Muslims.

It could be that Shah Rukh Khan is not sufficiently supportive of this government -unlike some others - and had to be delivered a message.

It could be that the real target is the Maharashtra government. and Aryan Khan is only the bait-click.

It could be simple extortion, as the Maharashtra Minister Mr. Nawab Malick has claimed.

It could even be an opening gambit for the U.P. elections, just as the Sushant Singh Rajput death was for the Bihar elections last year.

There are many lessons to be imbibed from this case, but the primary one is for Shah Rukh Khan and others like him who think that there is safety in remaining silent. This is a myth. As a father of longer standing than the superstar, I can feel for him for the vicarious torture he is being subjected to, through his young son. But I am also compelled to point out to him that he has no right to expect any sympathy or public support for what he is going through, because he was found wanting when others were in the position he now finds himself in.

Shah Rukh Khan has chosen to remain silent these past few years, refusing to be counted, hoping that his amoral camouflage of an abject " neutrality" would make him invisible and allow him to continue to mint his millions undisturbed.

He said nothing when his religion was being attacked, on the streets and through legislation; when people like Kafeel Khan were being locked up for providing oxygen to suffocating children; when students from his own alma mater were being lathi-charged for protesting against the CAA and NRC; when his colleagues and peers were being harassed on the same baseless charges his son is now facing; when films of other stars were being banned and prevented from being screened.

Other stars of much lesser stature- Deepika Padukone, Swara Bhaskar, Javed Akhtar, Naseeruddin Shah, even Aamir Khan, among others- spoke out, not once but repeatedly, and most paid the price in one way or the other. But they continue to speak out.

Not, however, Shah Rukh Khan- not one word of sympathy, not one gesture of support for the victims, not one whisper of condemnation of the lumpen elements or an autocratic government on a majoritarian high.

But this has not saved him, or put him on our own Schindler's list. He is as much grist to the mill as was Akhlaq or that little girl in Kathua or Father Stan Swamy. His international contacts could not save him, nor his billions, nor his adoring fans, nor the imposing gates of Mannat. He might as well have spoken up when he could- then at least he would have been deserving of our support for occupying the moral high ground.

The same lesson holds for our corporates and captains of industry. The voices here are even fewer- a Rajiv Bajaj here, a Parle there, an Anand Mahindra tweeting in the background maybe. The others are content to smother the sound of the jackboots so long as they can keep salting away their billions in the British Virgin Islands or St. Kitts or Bermuda.

No corporate is safe if the ruling party can extract political mileage by targeting them, regardless of how much they might contribute to the Electoral Bonds or the PM CARES fund. As proof of this we need only refer to the attacks on Tanishq for its inter faith ad, the CEAT ad by Aamir Khan on fire crackers, the Jashn-e-Rivaz ad by FabIndia, the ransacking of the sets of Prakash Jha's movie " Ashram". Even as I write this piece the long knives are out again against Cadbury's latest Divali ad featuring- who else ? - Shah Rukh Khan.

The attacks follow a familiar script: social media trolling and hatred, visits and threats by assorted vigilante groups, a studied silence by the government. And the concerned companies buckle over like ninepins even before you can say " Jai Shri Ram", pull their ads, worried about their Diwali bottom lines, and go back to various " Conclaves" to sing the familiar hosannas to the presiding deities of our electoral autocracy.

But you can't buy peace from a position of cowardice, that way lies utter capitulation and surrender. Our superstars, industrialists and influencers should realise, after recent events, that silence is no guarantee of immunity from persecution, that a leopard may change its grin but not its spots, that you cannot ride a tiger forever- sooner or later you will end up as dinner. Time is fast running out. Speak or be silent forever. 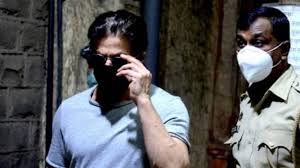