You Owe It To The Story

The harrowing experience of the two young journalists in Tripura carries many lessons and messages in itself. It demonstrates the intolerance of the state towards scribes who are out doing their job, to a point where it chases them after releasing them to basically prove a point. The point being that the state is almighty ---as if any one doubts that--- and that journalists are not free to do their jobs.

But that part of it is obvious. There have been instances over the years when scribes were prevented by the police from entering areas, and some of us have had pretty rough encounters with the authorities to a point of being arrested, and almost done away with. That this intolerance has become systematic is now real, and journalists have become the messengers to be targeted. And hit with not just abuse and violence and threats, but with actual cases under draconian laws like the UAPA and arrests. The fear and intimidation has taken another turn altogether, with even young girls in their early 20’s being hounded, detained, taken from one state to another, until the courts and the lawyers came to their rescue.

What I am writing about here, however, are the two less visible messages but important nevertheless. One, that this time around not just journalist bodies like the Editors Guild set the trend but individual citizens. Even before the first tweet and calls were made by the EGI, ordinary folk were on Twitter castigating the authorities for hounding the young girls with many working the numbers to contact not just the cops in Tripura, but the EGI and other such bodies in Delhi. This is an extremely healthy development, as it is after a long long time that ordinary citizens ---mostly the young on Twitter---came together to criticise the authorities for this blatant harassment and hounding of the young scribes, as lawyers rushed to represent them, and news organisations came out in their support.

This created a sense of unity and an environment that worked far more towards their release, than the phone calls made by media bodies to deaf officers and politicians representing governments. It also contributed, without perhaps even trying, to shaming some organisations that had actually written a report saying that the two girls were claiming to be journalists! And also ensured that the organisation they were working for was galvanised into action as it felt it had the support it needed to stand up for the reporters, and the freedom of the press.

The second message is also serious and one that we need to learn from. In so doing we need as the seniors now in the profession to remind the young reporters of what our editors had instilled into us. The do’s and don'ts of conflict reporting. Unfortunately, we hire people, send them into a conflict zone such as Tripura or any other these days, without the proper grounding. And briefing. It is not simple ---even more complex in these times as I have pointed out earlier in this article--- and hence a reporter's responsibility is to protect him or herself as well as they can. We have to, as on the ground of violence, the identity card becomes meaningless and the status of journalism in relatively civilised zones like Delhi or the cities redundant in one sense.

Journalists covering war and conflict are on their own, having to use their news gathering skills and their experience to judge a situation, to prepare for it, and to ensure that their back is covered.Remember, we are not soldiers but ordinary folk who need to get the story out while preserving themselves. If the situation gets messy as in wars in Beirut that I have covered, or in Iraq, or in Afghanistan --- run! Get to safety, and then prepare to go back if possible.

But often -- at least in India-- we cover civil strife in the form of communal or caste violence. And these situations are even more messy as we have to speak to the people, interview them, and risk being seen as on one or the other side. So the first rule - enter the ground as an impartial person. No gender, no caste, no religion. Just a professional reporter recording what often becomes the first draft of history. No comments, just questions encouraging the people to talk. We are there as recorders, who then transmit these messages in a full story when we return to headquarters. We do not give any side the impression we are with them, as we are not at the time of gathering the news. We go in like a sponge to absorb everything, to get all information, and then write it or report it in perspective.

This is not to say we bury our sensitivity and compassion. Far from it. We just let the peoples voices take over, and allow our story to emanate from the facts.

Selfie journalism is simply deplorable. And young people need to move away from it. Of course seniors too are more visible on Twitter than in the media often, and this creates a certain climate of confrontation and conflict where the scribe comes under fire not for the work he or she is doing but the views spelt out in words that are more opinionated than factual.

And when the story being covered is in a hostile area, or very sensitive, continuous posts and tweets tend to create more issues than they resolve, The old principle of keeping quiet until the story is filed is a good cardinal rule for these times in particular, and journalists should be encouraged to do their job and leave. This is not cowardice, but professionalism. As for the reporter, getting the story out is far more important than attracting attention, and often ire.

I remember covering the terrible violence in Assam in the 1980’s -- as a cub reporter but fortunate to be working with good editors and chiefs who had ground some of this sense into us. The violence ---almost a civil war--- had turned Assam into a shell with Najmul Hasan from Reuters, Satish Jacob from the BBC, Anand Sahay and I as representatives of local newspapers working together. We went into an interior area following the violence and it was at a police station where I , for the first time, heard the sound of fear and terror. Scores of men had been brought in by the cops, made to sit in lines on the floor, and every passing cop would kick them, pull their hair, slap them. The men continued to look down at the ground as the hum of terror turned the air toxic. I forgot all the cautionary discipline, and shouted ‘what the hell are you doing’ and immediately the other three journalists caught hold of me, took me out, and told me to shut up. “What are you doing, do you want us all to be killed?” I shut up, and because of that we were all able to file the story that reached hundreds and millions of people across the world, and not the few on that ground.

It is thus imperative to arm young reporters with the necessary guidelines of covering conflict from the ground. Do not take sides; do not speak out of turn; don't tweet endlessly about your prowess while in hostile and sensitive territory; keep yourselves safe as you owe it to the Story. 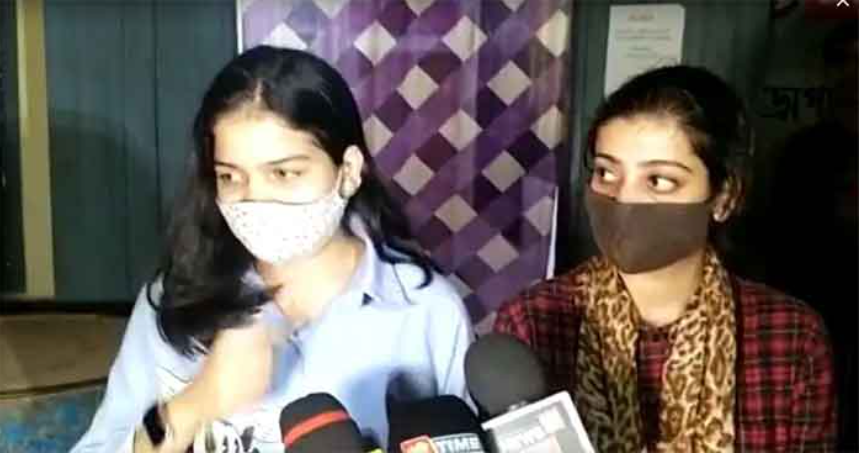