This year, we commemorate 50-years of the complete victory of India’s Armed Forces over Pakistan’s Armed Forces, with the Instrument of Surrender signed at Dhaka on December 16 1971, enabling the birth of Bangladesh. It is an occasion to solemnly remember and salute our soldiers (All Ranks of India’s Army, Navy and Air Force) who were “killed in action”, martyred in the battles fought during this war.

During all active military actions including counter-insurgency, from 1947 to date, thousands of brave soldiers are martyrs who made the supreme sacrifice, or were crippled for life. Some of those soldiers were exceptional, because they performed acts of bravery, courage and daring in combat, beyond the call of duty, and were posthumously awarded precious gallantry medals like Param Vir Chakra, Mahavir Chakra & Vir Chakra, by the President of India. [For acts of gallantry other than in the face of the enemy, the awards are Ashok Chakra, Kirti Chakra and Shaurya Chakra].

In modern times, the word “martyr” is used for a person who sacrifices something of great value, especially life itself, for the sake of a worthy cause. Thus, every soldier who faces danger and dies due to enemy action during active military operations may unhesitatingly be called a martyr.

Use of the word “martyr” for a soldier tragically killed or maimed in an accident outside operational areas, may appear to trivialize the courage and sacrifice of those who have faced danger and lost life or been maimed in active military operations. Indeed, within operational circumstances, the Armed Forces differentiate between “seva” awards for distinguished service [Yuddh Seva medals], and “Vir” or “Shaurya” awards for gallantry.

When I joined the Indian Military Academy, DehraDun, in January 1961, for the first of the four 6-month-terms pre-Commission training, I was assigned to Imphal Company of ‘C’ Battalion. A Gentleman Cadet by the name of G.V.Prasanna Rao, was also billeted in the same wing.

I remember Prasanna Rao as a gentle, ever-smiling person. He was a Kannadiga, his family originally from the erstwhile Mysore State. Also being from the South myself, there was an almost immediate rapport between us.

We were together for the 18-months from January 1961 to June 1962, when Prasanna Rao was commissioned as Second Lieutenant (2Lt), and posted to the Fourth Battalion of the Grenadiers Regiment – “4 Grenadiers”, in military parlance. Sadly, that was the last time I saw him.

In October 1962, Prasanna Rao was commanding a company of 4 Grenadiers troops in NEFA (as it was then called), in the Khinzemane Sector. I was still in IMA, in my Final Term of training, due to be commissioned in December.

Chinese military action had grown increasingly aggressive until, on 20 October 1962, China’s PLA attacked India both in NEFA and in Ladakh. The iconic battle of Rezang La in Ladakh’s Chushul Sector saw soldiers of ‘C’ Company of 13 Kumaon heroically fighting to the last man and the last round, and finally resorting to fighting with bayonets. They were all martyrs for the cause of our nation. The heroic Rezang La battle rightly occupied media space, but the battles fought in NEFA have not attracted as much attention.

In early-to-mid November, as news trickled in regarding the military operations, we Final Termers in IMA were fired with the idea of joining the troops on the fighting front, hoping that we would be immediately posted to units in the field. But that was not to be, because on 20 November, China’s PLA unilaterally declared a ceasefire and withdrew.

It was soon after, that we learned of Prasanna Rao’s heroic stand along with his fine Grenadiers troops. Being in command, young Prasanna Rao chose to defend his post, which came under attack on Saturday 20 October, by far superior numbers of a PLA battalion supported by heavy mortars. Following repeated attacks which were repulsed at heavy losses to themselves, a soldier manning his light machine gun was killed. Thereupon, Prasanna Rao himself manned the LMG, and died fighting at his post like a true soldier, in the highest traditions of the Grenadiers Regiment and the Indian Army – with just 4-months of military service, precisely 5-days after he passed his 22nd birthday.

We were so proud of our gentle, ever-smiling Prasanna Rao, our dear colleague who had been posthumously awarded Mahavir Chakra (MVC) for gallantry in the face of a vastly superior enemy. It was only after Prasanna Rao was awarded MVC, did I get to know the expansion of his initials “G.V.” as Gopalakrishna Venkatesa, from his MVC Gazette Notification.

The heroism of 4 Grenadiers led by their iconic Second Lieutenant G.V.Prasanna Rao, MVC (Posthumous), is not widely known. We need to also remember that every Grenadier soldier of Prasanna Rao’s Infantry Company was a hero in his own right. They all died, all martyrs, fighting for our nation.

The engraved epitaph for the Rezang La battle applies equally for our heroes of NEFA: “How can man die better than facing fearful odds, for the ashes of his fathers and the temples of his Gods?”.

The lad from Mysore, trained as an officer-leader-soldier of the Indian Army, had died a gallant martyr, awarded Mahavir Chakra, making us proud. But sadness remains even 59-years later, when Prasanna Rao would have been 81-years old, had he lived on. And so also it would be, only more so, for his surviving relatives. 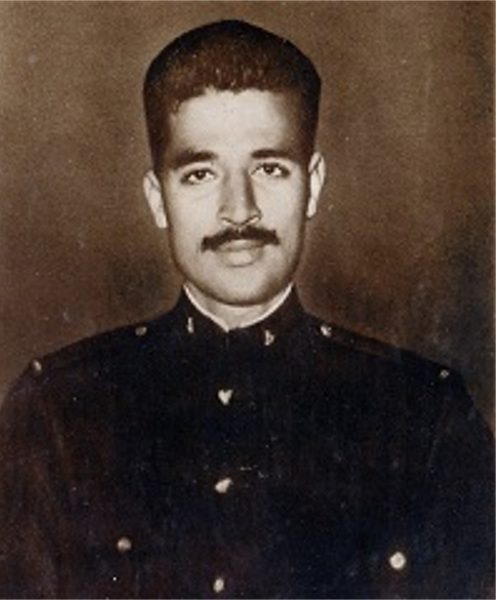 NOTE: Every Indian soldier (meaning All Ranks of India’s Army, Navy and Air Force) takes a solemn oath to defend the Nation and its Constitution even if he has to sacrifice his life while doing so. Many persons appointed to office from the President of India downwards, take oath of office on the Constitution of India, but only soldiers take oath concerning the supreme sacrifice of life. The oath according to Section 9 of The Army Rules 1954 (and equivalent Rules applicable to our Navy and Air Force) reads: I, ...., do swear in name of God that I will bear true faith and allegiance to the Constitution of India as by the law established and that I will, as in duty bound, honestly and faithfully serve in the regular Army of the Union of India and go wherever ordered by land, sea or air, and that I will observe and obey all commands of the President of the Union of India and the commands of any officer set over me even to the peril of my life”.