Addressing the Assam Assembly, Lok Sabha Speaker Om Birla said: "Democracy is based on debates and dialogue. But continuous disruption of debates in the House and lack of decorum is a matter of concern. While it is natural for treasury and opposition benches to disagree, dissidence should not lead to impasse". Having flagged the issue he might as well introspect about the role of the speakers in our system.

Legislatures and Parliaments, while meant to be self-governing, nevertheless need governing. In India, and elsewhere these elected institutions zealously guard their independence against the other branches of government. However since the speaker too is a directly elected member of the house, he or she is a creature of our politics and political system. How the office conducts itself depends on the individual, but sadly in our system the political chief executives tend to overawe this office and more often the speaker ends up more as a mere servitor of the political grandees.

Of course a speaker can be assertive and choose to do the right thing, even if it incurs the disapproval of the political masters. But that has seldom happened in India.

Increasingly presiding officers are the instrumentality by which governments control elected legislatures and even subvert mandates and majorities, by suspending members to reduce the opposition numbers. Many feel that allowing and disallowing discussions is often in the expectation that it will provoke disturbed conditions on the floor that will provide a veneer of legitimacy to suspensions or trigger off walkouts.

The Speaker of Britain’s House of Commons presides over its debates, determining which members may speak, for maintaining order during the debate, and may punish members who break the rules of the House. We recently saw how the Speaker of the House of Commons, Sir Lindsay Hoyle, brought a disruptive Prime Minister Boris Johnson to order by telling him: "You might be the Prime Minister of Great Britain, but I am the master of this house and I order you to sit down!"

Unlike the presiding officers of legislatures in many other countries, the British speaker remains strictly nonpartisan, and renounces all affiliation with his or her former political party when taking office as well as when leaving office. Customarily, the House of Commons re-elects speakers who desire to continue in office for more than one term.

On the other hand, the Speaker of the US House of Representatives is an active and partisan leadership position, and the incumbent actively works to set the majority party’s legislative agenda. Thus, in India what was meant to be a replication of the British system actually ended up like the American system? But there is one big difference. In the US the whip does not control the legislatures. We are now witnessing Senator Joe Manchin of West Virginia from President Biden’s own party stalling his administration’s legislative centerpiece.

Democracy is not just about an elected Parliament and periodic elections. Democracy is pointless without debate and discussion. Democracy is a system of government by compromises and accommodation. That is why it’s called a reconciliatory system, where the myriad aspirations of individuals, groups, regions and nations are sought to be reconciled towards the common good. It is hence a government by discussion and debate, for the method of making choices is by common consent and acceptance. A prime prerequisite for democratic functioning is institutional order and coherence.

Nothing much need be said as to how dysfunctional our parliament and legislatures have now become. The blight has been a long time in the making and they have now become forums more for political vaudeville than thoughtful consideration of the nation’s many problems. The first Lok Sabha worked for almost 4,000 hours while the 16th Lok Sabha functioned for just 1,615 hours.

Dr Jessica Seddon, a Senior Fellow at IIT Madras’ Center for Technology and Policy, recently wrote a perceptive paper titled “The Limits of Control in Parliament” in which she examined the institutional arrangements that preclude intelligent and patient discussion of vital matters in either House of Parliament. Seddon writes:

“Parliamentary process is currently stacked against constructive debate. It awards the government substantial control over what comes up for discussion, limits the avenues for alternatives to be articulated and seriously considered, and more or less precludes coalitions that cut across government and opposition lines. In doing so, it also effectively absolves the opposition from any responsibility to highlight specific problems, propose new solutions and build issue-based coalitions around common interests. If delay, disruption and shouts of ‘no’ are the only feasible forms of public dissent, it’s hard to ask people to hold their representatives accountable for more.”

The evolution of our politics into a non-ideological political competition has seen the demise of discussion and debate within Parliament. The expansion of 24x7 television news channels and their vacuous talk shows aimed at garnering TRPs rather than spreading light has only accelerated this process. Parliament still meets and passes bills and enacts laws, but most of this is done without the debate and discussion that they require and which we expect. Even the Union Budget is barely discussed. Many a time Parliament even functions without a quorum.

This convention of having a Speaker from within must be re-examined. We might be better served by having legislatures presided over by an eminent and commonly trusted individual, perhaps like a retired Chief Justice, who might bring a more enlightened view of right and wrong to the office?

Then there is the Anti-Defection Act that seriously limits free discussion by muzzling inner-party discussion and expression of dissent. This law disrespects the essential reality that Members of Parliament or the state legislatures are representatives of the people. That they are members of a political party is only incidental.

The elected members are intended to represent and protect the interests of the people who elect them, and not that of a handful of leaders. It makes them subservient to the whip on the pain of expulsion. This tyranny of the whip has turned MPs virtually into marionettes that are forced to act according to the wishes of the party leadership. Most party leaderships are now vested within families and clans, and leadership is usually hereditary or extra-institutional.

So where do we go from here? And where will we discuss and debate just that? 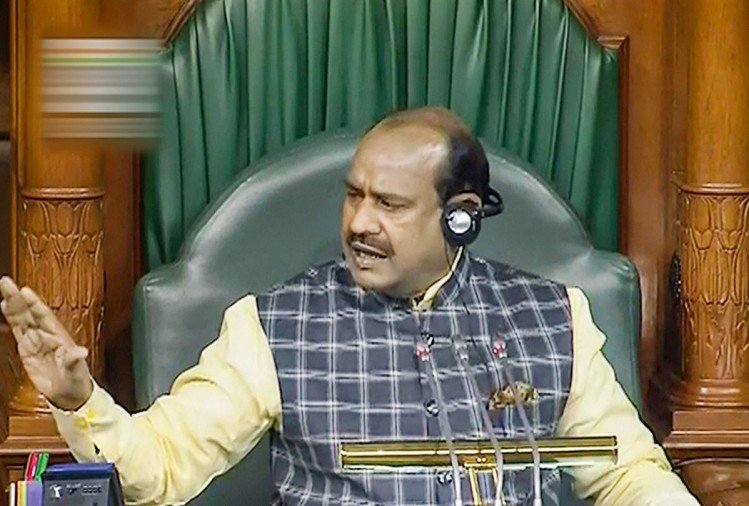