A group of former civil servants of the All India and Central Services who have worked with the Central and State Governments in the course of their careers have issued the following statement:

. We are issuing this open statement to voice our grave apprehensions regarding the provision in the recently enacted Election Laws (Amendment) Act, 2021 to link the Electoral Photo Identity Card (EPIC-Voter ID) issued by the Election Commission of India (ECI) with the Aadhaar card issued by the Unique Identification Authority of India (UIDAI), an agency of the Government of India.

The ECI is mandated by Article 324 of the Constitution of India with the superintendence, direction and control of elections to parliament, the state legislatures and the offices of the President and Vice President of India. Accurate electoral rolls and the Voter IDs issued by the ECI ensure free and fair elections that reflect the will of the people of India.

The requirement of Aadhaar verification, even if voluntary, from a prospective or registered voter implies the superimposition of a government-issued identity card for identity and address verification that could seriously undermine the independence and integrity of the ECI and cast doubts on the fairness of the entire electoral process.

There are six reasons (listed below) why the move to require Aadhaar verification for Voter IDs is defective, bad in law, in bad faith and liable to potential misuse by the state:

1. The Voter ID is issued on the basis of citizenship while the Aadhaar card is issued on the basis of identity, without proof of citizenship being required. Section 9 of the Aadhaar Act, 2016 is clear that Aadhaar may not be used as proof of address, age, gender, citizenship or relationship. Even if it is argued that Voter IDs may be wrongly issued to non-citizens, the verification by Aadhaar in no way solves this vexing problem; in fact, it is quite likely that even non-citizens may be registered as voters if Aadhaar is used as the only proof.

2. Unlike Aadhaar enrolments, which need only production of existing documents, Voter IDs are based on physical verification and “house visits” by a Block Level Officer. The Voter ID is certified by the Electoral Registration Officer while there is no certification of the Aadhaar by the UIDAI. It cannot be ruled out that, with the linkage of Aadhaar numbers to Voter IDs, and in the absence of physical verification by the election authorities, efforts may be made to manipulate electoral rolls by getting persons registered as voters in constituencies where they do not reside.

3. The recent legislation which inserted sub-sections (4), (5) and (6) in Section 23 of the Representation of the People Act, 1950 (RPA-1950) and clauses (hhha) and (hhhb) in Section 28(2) of the RPA-1950 makes it evident that the Government of India is dissembling when it states that linking the Aadhaar number to the Voter ID is voluntary. These new insertions, in effect, make it mandatory for a voter to furnish her/his Aadhaar details or risk disenfranchisement. The new sub-section 6 of Section 23 is especially lowrevealing in its intentions. It states “No application for inclusion of name in the electoral roll shall be denied and no entries in the electoral roll shall be deleted for inability of an individual to furnish or intimate Aadhaar number due to such sufficient cause as may be prescribed;” (emphasis added). The possible mischief that this wording can give rise to is made amply clear by the subsequent clauses in the Amendment Act which permit the government to prescribe, under its rule-making powers, the process for intimation of Aadhaar numbers by voters. Rules made by the government require no parliamentary approval. A rule can, therefore, easily be introduced making the furnishing of Aadhaar numbers a prerequisite for voter enrolment. The scope for large-scale deletion of names from the electoral rolls can then become a distinct possibility, given that many existing voters may not (or may choose not to) furnish their Aadhaar details to the Electoral Registration Officer. There is also the likelihood that the UIDAI’s powers to omit or deactivate Aadhaar numbers under Section 23 (g) of the Aadhaar Act could lead to widespread deletions from the electoral rolls.

4. The experience to date in attempting to clean up data base registries of other government programmes like MGNREGA and PDS, using the Aadhaar database, has been discouraging: names of thousands of beneficiaries have been arbitrarily deleted from systems without any notice, resulting in mass disentitlement.

5. Linking Aadhaar numbers to Voter IDs will open the floodgates for illegal profiling and targeting of voters, especially in the run-up to elections, when the Model Code of Conduct is not in place. It is instructive to learn from the recent experience of Andhra Pradesh and Telangana, where software residing in the State Resident Data Hub (SRDH) of the state governments and maintained by a private company was used by the governments to provide information on duplicate voters to the Chief Electoral Officers of the states, a clear violation of electoral laws.

6. There is a distinct possibility that Voter IDs linked to Aadhaar cards and thence to mobile phones could be linked to social media. This social media can be linked to algorithms that are in turn linked to user interests/views. Without a robust Data Protection law and accompanying regulatory mechanisms in place, voter profiling, selective exclusion and targeted campaigns are all possible. The 2016 presidential campaign in the USA brought to light the Cambridge Analytica scandal. Justice B.N. Srikrishna, former Judge of the Supreme Court, who chaired the expert committee that drafted the Data Protection Bill categorically condemned the linkage of Voter IDs with Aadhaar as “the most dangerous situation”. His graphic warning was that “instead of having a Cambridge Analytica you’ll have a Delhi Analytica, a Mumbai Analytica, a Calcutta Analytica...!”

It has already been shown at point no. 3 in the preceding paragraph that the wording of the amendments introduced in the RPA-1950 gives ample scope to mandatorily enforce the linkage of Aadhaar with Voter IDs. Even if one were to presume the good intentions of the government in not bringing in delegated legislation to enforce the linkage, we are familiar with the manner in which the public was literally coerced to link their bank accounts with their Aadhaar numbers, despite the apparent “voluntary” nature of executive directions and the specific orders of the Supreme Court. In fact, many government departments and private bodies today routinely ask for Aadhaar numbers for provision of services, in clear violation of Supreme Court orders, which specified the use of Aadhaar-based identification for government welfare schemes funded from the Consolidated Fund of India. Those who wish to avail of these services are compelled to disclose their Aadhaar numbers. Matters have come to a pass where Aadhaar numbers are required even for cremation or burial purposes.

It is unfortunate enough that the Government of India has, without any effective parliamentary oversight or discussion, brought in this crucial legislation that could have a major impact on electoral outcomes. It is even more unfortunate that the ECI has seen fit to promote a move which has the capacity to restrict its independence and integrity in the conduct of elections. What is now called for is strong judicial intervention to nip this highly dangerous move in the bud. 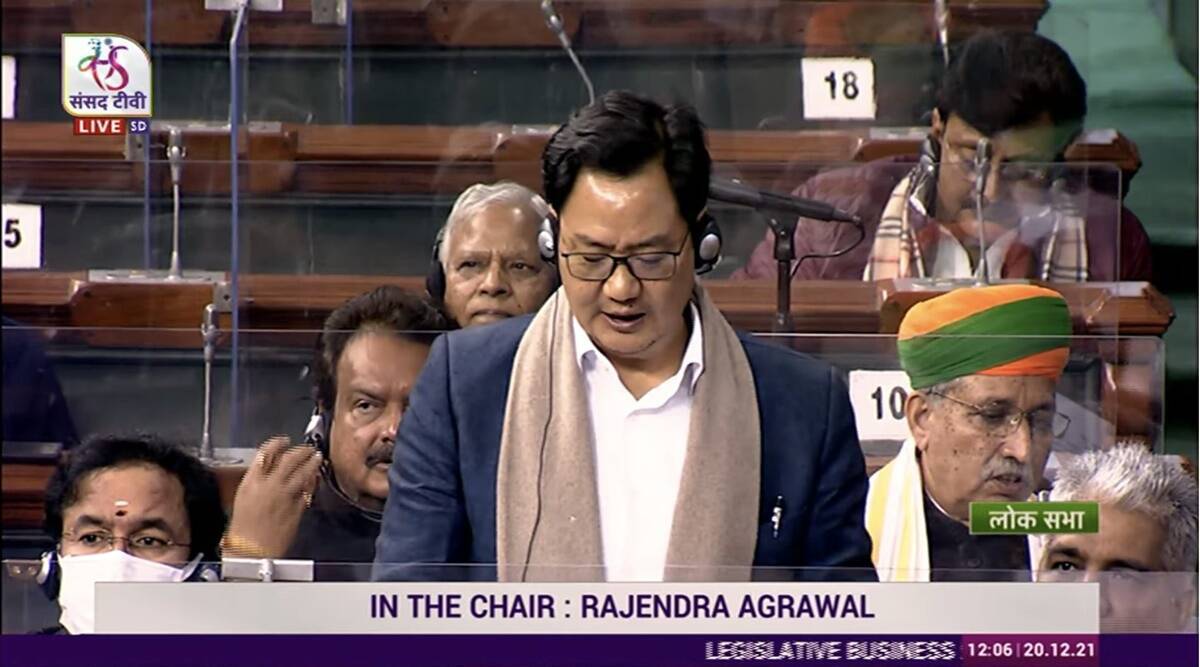