In an ever changing scenario, Punjab seems to be set for a quadrangular contest in the forthcoming Assembly polls.

The recent victory of Aam Aadmi Party (AAP) in the Chandigarh municipal corporation elections has added more masala to the Punjabi political broth. Add to this the ongoing import of politicians from rival parties and the scenario gets more interesting by the day. Not to be left behind is the decision of some farmer unions coming together to form a Sanyukta Samaj Morcha and throw their hat in the political arena.

The ruling Congress party is once again displaying its flair for hara-kiri. The party seemed to have overcome the exit of former chief minister Amarinder Singh by replacing him with a Dalit face in Charanjit Singh. But now the Congress president in the state Navjot Singh Sidhu has been allowed to queer the pitch by taking constant potshots at the Chief Minister.

To make matters worse Channi continues to face an uphill task in placating the electorate, particularly Dalits, who are angry about the non fulfillment of promises made ahead of the last polls and even those made by Channi after assuming power. These promises mainly relate to land rights, residential rights and employment. There have been occasions like the chief minister’s rally at Sunam where people, mainly women, have walked out in protest.

Meanwhile AAP has once again emerged as the biggest challenge to the Congress. Although its leadership is playing up the Chandigarh victory with national convener and Delhi Chief Minister Arvind Kejriwal calling it a ‘trailer’ of things to come in Punjab, it actually just adds up to the perception game given the huge difference between the scenarios in Chandigarh and Punjab.

Yet, the party continues to get traction in Punjab, particularly the Malwa belt that accounts for almost half of the 117 assembly seats. The challenge for the party remains that of having a credible chief ministerial face with many calling for the announcement of Sangrur Lok Sabha member Bhagwant Mann. The party will have to improve upon its tally particularly in Majha and also in Doaba regions.

Punjabis who have been looking for a third alternative and springing up a surprise by rallying behind AAP cannot be ruled out given the manner in which AAP had won four out of 13 seats in 2014 parliamentary polls at the height of the ‘Modi wave’ and that too with very little campaigning.

The traditional regional powerhouse of Shiromani Akali Dal (Badal) that prided itself for panthic politics and federal rights is desperately trying to regain lost ground after it was relegated to the third place in the last assembly polls. Already facing the voters’ ire for the incidents of sacrilege and drug menace during its ten year tenure till 2017, the party is now being questioned for its support to the Bharatiya Janata Party (BJP) when the controversial ‘black’ farm laws were passed in the parliament last year and also defending them.

It is the BJP that continues to make the most interesting political moves that have flummoxed observers. The party has announced an alliance with the Punjab Lok Congress floated by Amarinder Singh and the Shiromani Akali Dal (Sanyukt) of Sukhdev Singh Dhindsa to contest on all the 117 seats.

Having faced a boycott of sorts during the recent farmers’ agitation that saw the repeal of the three controversial farm laws, the party is now importing prominent Sikh faces in a bid to send out a message that it is no longer ‘untouchable’ in Punjab.

But what continues to flummox observers is the Congress leaders and others often seen as those close to Amarinder Singh, leaving the party to join the BJP rather than the Punjab Lok Congress. These include former cabinet minister Rana Gurmit Singh Sodhi and sitting MLAs Fateh Jung Bajwa of Qadian and Balwinder Singh Laddi of Sri Hargobindpur.

This alliance is playing up the BJP narrative on national security and its brand of nationalism and patriotism. The shrill is expected to go higher with Prime Minister Narendra Modi expected to launch the campaign with a rally in the border town of Ferozepur on January 5.

The BJP is also in the process of hitting the Akalis hard. Having earlier imported leaders like Manjinder Singh Sirsa in Delhi and later Jagdeep Nakai and Gurtej Singh Ghuriana, the party has chosen Ferozepur that is represented by SAD president Sukhbir Singh Badal in the Lok Sabha to launch its campaign.

Speculation is rife about the Morcha possibly entering into an arrangement with AAP but there is no formal word on it yet. What is interesting is who will the Morcha hurt the most if it decides to go it alone in the poll battle?

With the state going into the multi polar poll battle amid the highly recent incidents of desecration, subsequent lynching at Amritsar and Kapurthala followed by a bomb blast in Ludhiana, many fear the possibility of a hung assembly. Who would benefit the most from a hung house is anybody’s guess. 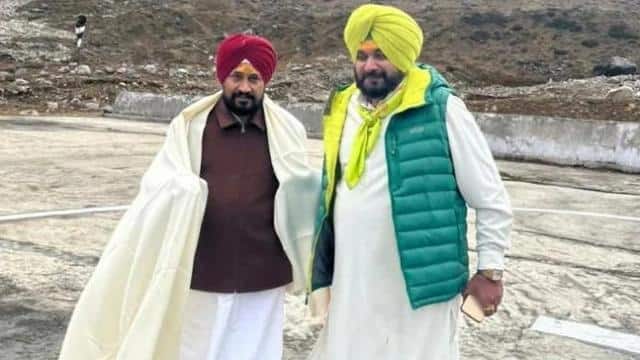