There is a cruel irony unfolding along the 2,670 kilometre long and invisible Durand Line, on the intensely restive and violent border between Afghanistan and Pakistan. The paradoxical consequence of Afghanistan having ‘broken the shackles of slavery,’ as per Pakistan Prime Minister Imran Khan – himself of Niazi-Burki Pasthun parentage – is that the floodgates of religious extremism, inevitable terror and unrestrained refugee crisis have opened for Pakistan.

Taliban Khan as Imran Khan is increasingly being labelled, had hardly had his last laugh when the alarm bells went off, and the unilateral Pakistani project to create a virtual ‘wall’ or border fence along the Durand Line went into understandable overdrive.

The cash-strapped, pandemic fatigued, societal tinderbox of Pakistan has woken up to the self-goal of its ostensible ‘victory’ in Kabul. Within a short period of time, when countries like India – along with other nations – were making bridges, roads and dams in Afghanistan, a surreal time has come when the historic spoiler, Pakistan, is making proverbial ‘walls’.

Beyond functionality, history advises that psychologically, emotionally, and morally, ‘walls’ are not conceived for uniting people, but to ‘divide’ and deter a specifically hostile element – in this case, Afghans. And here Pakistan’s ‘iron brothers’ or ‘all weather friends’ in Beijing could have explained the rationale of keeping ‘enemies’ out via their own Great Wall, wherein the ferocious nomadic forces from the Eurasian Steppes were recognised as enemies to be thwarted.

It is this aggressive intent and spirit of ‘othering’ that beset also the Berlin Wall during the cold war, those blunt barriers along the demilitarized zone on the Korean Peninsula, the Israeli ‘iron walls’ in West Bank and Gaza, Donald Trump’s dream Mexican Wall, or closer home, even the one along the Indo-Pak Line of Control in Kashmir.

‘Walls’ create societal-ethical dilemmas, distrust and hate, and there are no fluffy illusions to the contrary on either side of the under-construction fence along the Durand Line, as history instructs that these ‘walls’ become the focal point for conflict. The irrepressible Afghans, who have had a consistently testy relationship with Pakistan since its inception, have no doubts about the essential import of the fence or ‘wall’ being built. This fence cuts through the soul of the larger Pashtun identity, and even as Pakistan’s lackies, the Taliban cannot afford to lump it.

Despite Pakistan’s invaluable role in shaping (or more realistically, de-shaping) the recent Afghan narrative, people often forget, just how bitter and wounded the Afghan-Pakistan relationship has always been. Modern impressions are etched with surreal optics: of the then Pakistani DG ISI, Lt Gen Faiz Hameed, landing dramatically in the rubble of Kabul even before the dust, chaos and gun firing had settled, delicately holding a cup of tea in fine bone china at the Serena Hotel, stitching together a sham cabinet of his preferred faction i.e., the dreaded Haqqanis, as a shocked world looked on in horror and disbelief, at the gall and impunity of the Pakistan ‘establishment’.

But the sentiment on the Afghan street did not necessarily proximate the gloating posturing of the guffawing Pakistanis and their beholden Taliban. Memory runs unforgivingly in the deep and personalised psyche of the Afghan, who were the only nation in the world to vote against Pakistan’s admission into the United Nations in 1947.

No sooner had the ‘land of the pure’ i.e., Pakistan come into being, that the untenable argument of the ‘two-nation’ theory was exposed by the likes of Haji Mirzali Khan or the Faqir of Ipi, along with the Khudai Khidmatgars, who launched a guerrilla war for an independent State of Pashtunistan, at the behest of Afghanistan.

King Zahir Shah of Afghanistan remained insistent on the idea of Pashtunistan, and this frosty relationship turned particularly bitter in the 1970s under Afghan President Mohammed Daoud Khan and Pakistan under Zulfiqar Bhutto, openly supporting cross-border insurgencies in both the countries with reciprocal terror camps, targeted murders, bombings and even the blowing up of a PIA plane thrown into the ring.

Later the larger global geopolitics of the cold war offered Pakistan a seemingly more benevolent role in ‘supporting’ the conservative land of the Afghans, who were resolutely resisting the Soviet-backed governments of Babrak Karmal and Najibullah. Given the driver’s seat of singularly funnelling weapons and wares to the landlocked Afghan mujaheddin, Pakistan started patronising and empowering their own ‘friendly’ militias who did Islamabad’s bidding, while diminishing the Afghan nationalists who had long standing territorial disagreements with Pakistan.

Soon, violence and mayhem escalated to unprecedented levels, and along with hatred for the Soviets, the local Afghans started holding the bloody Pakistani hand in equal despair and despise, for its nefarious role in furthering its own interest – of Strategic Depth – and for the deaths of thousands of Afghans.

The terrifying takeover by the Pakistan backed Taliban and its first reign of terror (from 1996–2001) did no better for Pakistani perceptions – the Talibani brutality was seen to be supported and legitimised by Pakistan, and Afghan society institutionalised its hatred towards the Pakistan ‘establishment’, on the other side of the Durand Line.

Post dismantling of the Taliban rein in 2001, the US-backed Hamid Karzai–Ashraf Ghani era (2001–2021), with all its inefficiencies and corruption, did usher in a period of societal ‘opening up’, reforms and relative peace – shattered only by groups backed by Pakistan. While the presence of foreign troops on Afghan soil may have militated against the sensibilities of Afghans, the pernicious role of Pakistanis was equally imagined.

The cavalier role of the Pakistani state in the return of the Taliban last year removed any last vestiges of doubt about its complicity, if anyone doubted it still – but given the Taliban’s own obligation of sustenance to the Pakistan ‘establishment’, its sole interlocutor to the world, the public’s anger raged only subliminally.

Now however, with the fencing of the Durand Line, the Rubicon was crossed, and unless the cornered Taliban reacted they would look like puppets and minions.

Recently videos have surfaced of Taliban men in Nangarhar Province having an angry face-off with Pakistani troops and uprooting the fencing with dire warnings to the soldiers. The hapless DG ISPR, Maj Gen Babar Iftikhar, spokesperson of the Pakistan Army, was left fuming: “The blood of our martyrs was spilled in erecting this fence,” and that, “it will be completed and will remain”.

The daggers are now formally drawn – as they always were, culturally and historically – as the inviolable and revered Pasthun belief of Hewad or country is at stake, with the onus on the Pashtuns on both sides of the Line to oppose this perceived intrusion and assertion onto their lives.

The deposed Afghan President Ashraf Ghani had once said, “Nobody can change the course of history by erecting a barbed wire fence. Our blood and love are inseparable” – today if the Taliban give in to Pakistan’s demand for the fence, they will have committed an unpardonable sin. This would deligitimise the leadership (as carefully constructed by Pakistan) and force an implosive change, that is otherwise impossible, militarily.

Itself on the brink of being a failed state, Pakistan can ill afford to keep its borders open, given the internationally ‘pariahed’ status of Afghanistan. This will invariably unleash unsustainable consequences for Pakistan.

Irony dies a thousand deaths, as Pakistan desperately implores the same forces for ‘support’ in Afghanistan, from which it had supposedly ‘broken the shackles of slavery’.

The Pakistan ‘establishment’ now faces the onerous consequences of its Strategic Depth, as the Afghans silently watch the difference between allies that either build bridges, or those, who ultimately make ‘walls’. 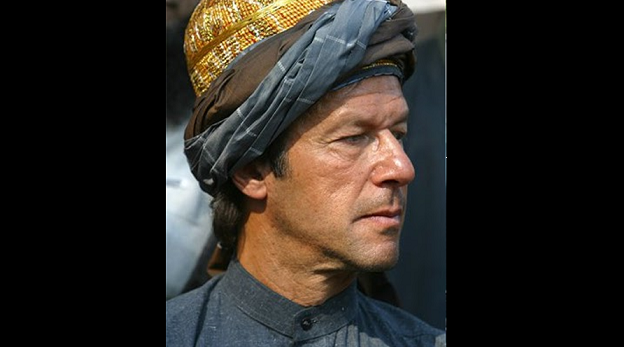