Of Pygmies and Carpetbaggers - A Nation Gets the Bureaucrats It Deserves

Blaming the IAS is a copout

Mr. D Subbarao, a retired IAS officer and ex Governor of the Reserve Bank of India has, in a recent article in The Times Of India and in an interview with Karan Thapar, castigated the IAS in no uncertain terms and accused it of betraying and failing the country. His tirade ( what prompted it ?) goes beyond the usual quick fixes many retired officers are fond of advocating.

It's a bit of a fashion these days for superannuated IAS officers to run down the service and to distance themselves from it. But Mr. Subbarao is a sober and moderated person, and so his harsh views need to be examined with some seriousness.

To encapsulate his words, he says that the IAS has become corrupt and incompetent, that 25% of its members are corrupt, 50% are incompetent, leaving only 25% to shoulder the brown man's burden: what delivery there is, is owing to this last fraction.

This, he says quite rightly, was not so in the 60s and 70s and he ascribes the rot to flaws in recruitment, training, lack of specialisation and proper career planning. The cure, he continues, lies in overhauling these processes and lateral induction on a much larger scale than the token numbers attempted so far.

I am in agreement with him on some aspects, but disagree on most. Mr. Subbarao is right about the corruption and incompetence ( though one may quibble on the percentages which may differ from state to state) but his diagnosis is superficial and not very different from the groove already carved out by others like Deepak Gupta and Anil Swaroop. They make the mistake of peering at the IAS under a microscope but not seeing the larger picture, the context in which it functions. They all concentrate on the obvious-training, career planning, performance evaluation, promotion, etc.

Admittedly, there is scope for improvement in these areas, though I emphatically disagree about lateral entry. A huge and diverse country like India can only be managed by a " generalist" civil service with a 360* vision, not tunnel visioned specialists. I have explained this element in great detail in an earlier piece and will not dwell on it here. For none of these factors/ problems address the primary issue, which is one of national character and values, and the effect they have on the civil services.

If the IAS has failed it is because the country has failed ( or is failing at an accelerated rate). In terms of character, values and ethics India is no longer the nation it was in the 50s, 60s and early 70's. This is true not only of its polity but also of its society in general. The post Independence leaders and influencers like Nehru, Patel, Rajendra Prasad, Ambedkar, Madan Mohan Malviya, T T Krishnamachari, Acharya Kriplani, Jyoti Basu, Atal Behari Vajpayee, Jaiprakash Narayan ( to mention just a handful), industrialists like JRD Tata, Jamnalal Bajaj, Dinshaw Petit and GD Birla, editors like Desmond Doig, Arun Shourie, Sunanda K Dattaray, Kushwant Singh, Frank Moraes and Russi Karanjia have been mostly replaced by pygmies and carpetbaggers.

These people may win elections, make 29 billion dollars in one year or run up huge TRP ratings, but they are incapable of promoting public values or morals, or establishing ethical corporate standards, or writing an editorial ( let alone investigating a story). In fact they do the reverse, and have contributed hugely to the deterioration of the national ethos and character. In short, for the last five decades or so the country has had no principled leadership worth the name- there have only been Pied Pipers who have strutted on the roads for some time, played their tune, and led us to moral bankruptcy and worse as a nation.

And things are getting worse every passing day under the present government. Over the decades just about every institution has been hollowed out and is on the point of collapse- autonomous bodies, Parliament and state Assemblies, Regulatory agencies, all governmental services, even the judiciary and the defense forces. In none of them is there any inspiring leadership worth its name, almost all are compromised by power, pelf and their biases. The message this sends to the bureaucracy and public at large is that unscrupulousness, sycophancy, corruption pays.

The average Indian has become completely transactional and self centered, without morals or scruples. Everything is seen in terms of personal benefit and convenience, for which we allow the corrupt state a long rope. Morals and ethics be damned so long as we can make a few more bucks, buy another car or house, evade some more taxes, cheat a few more idiots. This was particularly evident during the Covid lockdowns when the poor and the vulnerable were left to fend for themselves while we watched Netflix in our barricaded housing societies. And now of course we have the ultimate Viagra- minority bashing. We can overlook just about every wrong or mistake of the government- inflation, joblessness, cronyism, covid deaths, police brutality, purloining of our basic rights- provided we can teach Muslims and Christians and their supporters a lesson.

The perfect proof and demonstration of this was Lakhimpur Kheri. The state allowed 5 people to be ruthlessly killed in broad daylight, did everything to cover up the crime. It refused to dismiss a Minister who is the father of the main accused and himself mentioned in an FIR. The judiciary appointed an SIT in a half hearted manner and then released the prime accused on bail! And what did the good people of Lakhimpur do just months later in the polls? They elected the same party that did all this back to power, giving it all 8 seats from that area ! Lakhimpur exposes, in microcosm, all that is wrong with India today.

The IAS is rooted in the Lakhimpur Kheris of this nation, and its members come from there. Why should we expect it to be any different, or better, than any of the other governmental institutions or the rest of a sick society ? Why should we expect its members to be guided by a moral compass that is any different from the one that guides the rest of society to its perdition?

A six month semi vacation in Mussoorie is not going to change substantially the values and code of ethics they have picked up in their families and social circles, or to make them unlearn the fundamental lessons they have picked up- that nothing else matters other than money and power, that one should do unto others before they do unto you. They cannot but be influenced by the unprincipled and amoral environment in which they function.

The deterioration in the IAS is the inevitable result and reflection of the degradation of our society, polity and principles, the lack of any pathfinders. No amount of tinkering with recruitment, promotion, training or evaluation processes is going to change this basic reality, Mr. Subbarao, and the IAS will not change for the better unless its external environment changes for the better first.

Ironically, this external environment is only getting worse under the present BJP regime. The IAS's constitutional status as a federal, not central, service is being eroded everyday, its inconvenient members being hounded by central agencies, attempts being made to reorient its loyalty from the states to Delhi, all independence of thought or action being crushed, even the AIS Rules being amended to establish complete control by the Center over its officers. It won't be long before that 25% ( officers with integrity) plummets to 5%.

The service is doomed if things continue in this manner. At the end of the day a country gets the government- and the civil services- it deserves for ( as the old adage goes) what you reap is what you have sown. In India's present context, to expect a civil service which is upright, independent, just, empathetic and honest while the rest of the country is going to the dogs is a pipedream.

At one point in the interview Mr. Subbarao compares the image of the IAS ( quite unfavourably) with that of the British civil services, pointing out that people there trust the British Cabinet Secretary's enquiry into the 10 Downing Street covid parties, whereas no one today reposes any credibility in any enquiry by an IAS officer. Absolutely right, but I wish he had also mentioned the factors which ensure the upright reputation of the civil services in the UK and that the Cabinet Secretary's report will be impartial and independent- the high standards of public life, a free and fearless press, a watchful and unforgiving citizenry, a Parliament that does much more than just sing paeans to its leader, an independent judiciary that does not seek sinecures, a govt. sensitive to public opinion, rock solid protection for civil servants which no errant and vengeful Prime Minister can dismantle.

None of this is available in India today to motivate a civil servant to behave like his British counterpart. A spine is only as strong as the bones, tissue, muscles and ligaments which surround it, like a protective sheath and keep it in place. The IAS has been losing this sheath for some time now, a few more years and the "spine" will only be fit for mounting in a Natural History museum in the nation's capital. If we have a nation still left that is, or one that is worth preserving.

Blaming the IAS is a cop out, an alibi which may make some of us feel good. What we all need to do instead is some serious soul searching, for the rot lies within. 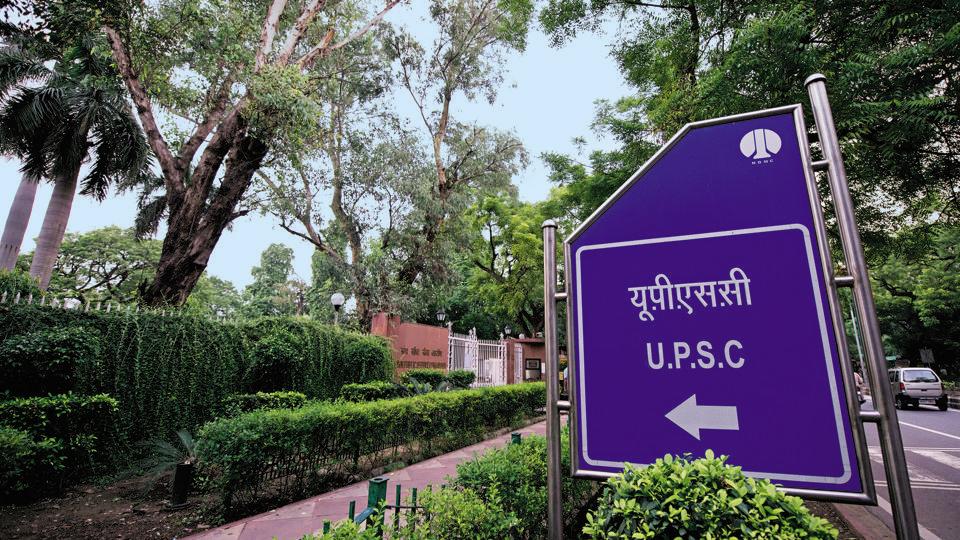