Putin Has No Deadline, Will Continue Until Ukraine Operations Reach 'Full Completion'

In his first extended remarks in nearly a month about the conflict in Ukraine, Russian President Vladimir Putin said on Tuesday that peace talks had reached a “dead end” and pledged that Russia’s “military operation will continue until its full completion.”

Putin defined a more limited aim for the war, focusing on control of the Donbass — and not all of Ukraine. Putin reiterated that Russia’s actions so far in several regions of Ukraine were intended only to tie down enemy forces and carry out missile strikes with the purpose of destroying the Ukrainian military’s infrastructure, so as to “create conditions for more active operations on the territory of Donbass.”

In his words, “Our goal is to provide aid to the people of Donbass, who feel an unbreakable bond with Russia and have been the subjects of genocide for eight years.”

He made it clear that “our task is to achieve the set goals while minimising these losses. We will act rhythmically, calmly, and according to the plan that was initially proposed by the General Staff.” He added, “The operation is going according to plan.”

Clearly, Mariupol port city in the south of Donbass could have been conquered with brute force. But that would have caused horrific casualties. Instead, the enemy forces — Ukrainian military, neo-Nazi Azov battalion and foreign mercenaries — have been steadily cornered and entrapped in two main locations, namely, Azovstal steel mills and the city’s main port.

The Russian forces have gained control of the port, while in Azovstal, about 3000-strong enemy forces have been surrounded, who include possibly dozens or hundreds of military officers from the NATO countries — and, surprisingly, Sweden. The experts estimate that the fall of the city into Russian hands is imminent. The Russian Ministry of Defence announced on Wednesday that over 1,000 Ukrainian troops, including 162 officers, surrendered earlier in the day in Mariupol.

In retrospect, the main purpose behind the frantic diplomatic efforts by some of the NATO countries (France and Germany, in particular) to sponsor “humanitarian corridors” out of Mariupol had a nefarious agenda to exfiltrate the Western officers trapped in the city. The heart of the matter is, NATO forces are de facto deployed in Ukraine, as foreign volunteers or as military instructors, and, equipped with heavy military equipment, they are fighting the Russian Army.

A French journalist who managed to sneak in with French “volunteers” has since come out with a video showing that American military personnel coordinate the foreign military in Ukraine and are directly handling the training and enrolment of the foreign “volunteers” in the Ukrainian forces.

In such conditions, quite obviously, peace talks between Moscow and Kiev cannot progress. The big question is: Does the Biden administration want the conflict to end and a peace agreement to be negotiated? The answer seems ‘no’. In fact, the US is fuelling this conflict.

The US Senate has approved a draft law on lend-lease, which will greatly simplify supplies to Ukraine. The Wall Street Journal reported that the US will provide Ukraine with heavy equipment, including Soviet air defence systems. The Biden administration is said to be preparing to announce more than $700 million in additional military assistance to Ukraine, which is likely to include heavy ground artillery systems, helicopters and armoured vehicles. The US had provided more than $2.4 billion in military assistance to Ukraine during Biden’s presidency, including $1.7 billion since Russia began its special operation in Ukraine in late February.

Interestingly, Putin confirmed yesterday the reports that British intelligence had stage-managed the so-called Bucha killings to pillory Russian military and create an international ruckus. Pentagon had ostentatiously distanced itself from the controversy riveted on what turned out to be fake news. Putin said:

“There is a lot of commotion, but they (EU and US) just needed to adopt a new package of sanctions, as we know very well. Today, we discussed their special operation, the psychological operation carried out by the British.

“If you want to know the addresses, the secret meeting places, the licence plate numbers, the brands of vehicles they used in Bucha, and how they did it, the FSB of Russia can provide this information. If not, we can help. We exposed that ugly, disgusting position of the West together with our Russian friends, in full and from the beginning to the end.”

The Russian and Ukrainian forces have been regrouping and strengthening their positions in Eastern Ukraine through the past fortnight in preparation for a decisive battle for the Donbass. The Russian forces are preparing to encircle a huge concentration of Ukrainian troops, estimated to be in the region of 100,000 servicemen drawn from the best units of the armed forces. Kiev is also transferring all available forces to the eastern front in order to stop the Russian offensive.

Putin’s remarks yesterday suggest that Russia is not looking for a quick victory at any cost. Putin said on Tuesday that Moscow “had no other choice” and that the operation aimed to protect people in parts of eastern Ukraine and to “ensure Russia’s own security”. He vowed it would “continue until its full completion and the fulfilment of the tasks that have been set.”

To be sure, fighting in eastern Ukraine will intensify over the next two to three weeks but the final outcome will take time. The Ukrainian forces and the foreign fighters who have flocked to the eastern region are well-equipped and will not only put up stiff resistance but may even carry the fight into Russian territory.

This grim scenario is fraught with the real danger that NATO may increasingly be finding itself at war with Russia in Ukraine. According to Western media reports, elite British and US special forces units are deployed in Ukraine, including servicemen of the British Special Air Service (SAS) and soldiers of the First Operational Unit of Special Forces “Delta” of the US Army.

There have been reports that the operations in Mariupol were under the command of an American general who attempted to escape by helicopter sent to rescue him a week ago, but was intercepted by the Donetsk militia involved in the operation alongside the Russian forces, and was taken into their custody.

It is entirely conceivable that the Austrian Chancellor Karl Nehammer’s Moscow mission on Monday and his “very direct, open and tough” talks with Putin at a one-to-one meeting at the latter’s Novo-Ogaryovo residence near Moscow was in coordination with Washington. There has been no readout of the 75-minute meeting from the Kremlin. 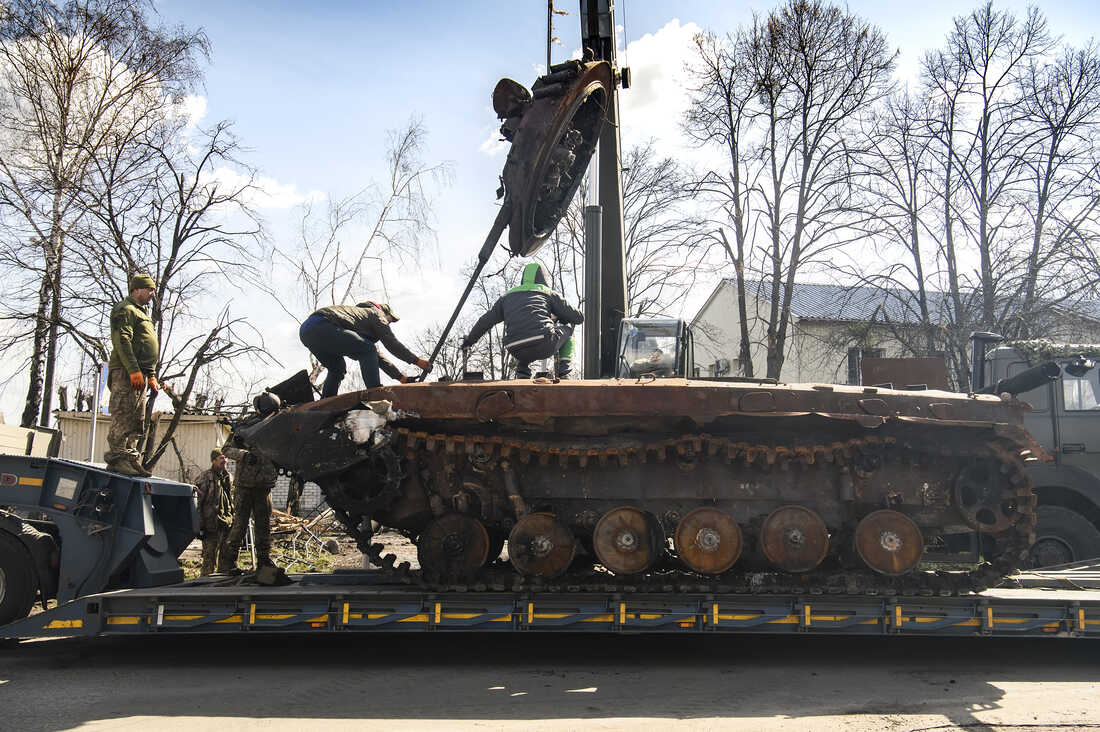