Is it Fair to Put the UK Chancellor in the Dock?

Probably a storm in a teacup

The first thing a chartered accountant learns is the difference between tax avoidance and tax evasion. Only when you file a false return or concoct documents for the assessor, is it tax evasion. But, ordinary citizens are more finicky. They often smell a rat when a wealthy person does legitimate legalised tax planning, particularly if it happens to be their elected representative. This is the sad truth behind what has happened to the Chancellor of the Exchequer in UK, Rishi Sunak and his wife, Akshata Murthy over the last few days.

Akshata did not evade British taxes when she declared the dividend income earned from a few shares in her father, Narayana Murthy’s hugely profitable company, Infosys, to the Indian tax authorities and met her tax obligations in this country, instead of declaring it as part of her global income in the United Kingdom, where she lives and works with her husband. Tax evasion is a clear and unambiguous legal fact and neither the Chancellor nor his spouse can be accused of the crime. But, there is a moral verdict when tax planning is seen as tax avoidance and this depends upon the viewpoint and ideology of the observer.

The incident is probably just a storm in a British teacup, but its waters are now lapping at our shores. Vir Sanghvi summed it up very neatly in a piece written for ThePrint, after making the disclosure that Mr Narayana Murthy is also a founder-investor of ThePrint. For us Indians, Mr Murthy and his team are the professionals who made the country a global force in software development; they are today icons for every domestic startup.

In UK, Akshata’s and Rishi Sunak’s families embody what are called the Thatcherite virtues of intelligence, industry and self-reliance. Both sets of parents are upwardly mobile middle-class couples, who toiled hard to build successful careers and businesses and invest in their children’s futures. People with character and values, who respect legality and morality and have passed on these ideas to their children. What is now being questioned is not whether Akshata’s tax status is legal, but whether it is morally wrong in any way.

The British expression “nondom”, which is how Akshata declares herself in her tax return, is not an exotic term unique to the UK, whatever be its historical origin. It is a common practice in international tax parlance. The cardinal principles of public finance are that no income should escape taxation but it is unfair to tax an income twice. When a taxpayer earns income in two tax jurisdictions (two countries), it is declared in the country where it is earned and tax is paid there.

This is how most international tax treaties are drafted. Akshata’s action is thus perfectly normal and eminently fair by all the tenets of public finance. After the barrage of criticism faced by the Chancellor, she has decided to declare dividends earned in India as a part of her global income in the UK as demanded by her detractors. Does this mean that she will now pay tax on this income in India as well as in the UK?

If so, it is clearly unfair to tax her twice on the same earnings. Or would the tax once paid on income earned in India be lost to our exchequer and now go as additional UK revenue? This would mean that funds which once came to India, a country with a much lower per capita income and needs the money more, would now accrue to a country with a higher income. That would hardly be “moral”. Robbing a poor Peter to pay a richer Paul - can liberals square this with their consciences?

In the past, accusations of dodgy tax avoidance have been made against UK political leaders cutting across party lines. When David Cameron was Prime Minister, the Panama papers forced him to admit that he had benefited from an offshore tax avoidance trust set up by his father. And, across the political aisle, there is Peter Mandelson, a Blairite in the Labour Cabinet, who had concealed income earned from books and speaking appearances in a company, which subsequently lent it back to him as spending money. The Chancellor’s wife has not descended to such unworthy behaviour.

Some are also raising the “conflict of interest” argument. Would the Chancellor be influenced in his policy decisions by the fact that his wife benefits from a “tax loophole”? Except that, of course, this particular financial principle is not unique to the UK; it is solidly based on basic concepts of international taxation adopted by many developed nations.

The other “conflict of interest” issue discussed in British media has been roundly criticized by Sanghvi. The Chancellor’s critics suggest that Infosys, the company in which Akshata holds shares, should not have dealings with the USSR, when Britain has imposed sanctions against it. This is a ridiculous argument. Why should a commercial entreprise, incorporated in India, adjust its policies to align with the decisions of the country in which the spouse of a minor shareholder is the Finance Minister? Surely, this is not how capitalism works!

Vir Sanghvi suspects that the attack on the Chancellor is just racist “lynching of a high-flying brown person”. I see no evidence of this. As Sanghvi himself notes, UK is now a country with a former Chancellor (and present Health Minister), the present Chancellor, Home Minister and Mayor of London from the Indian subcontinent. That’s quite a line-up. Its neighbour, the Irish Republic, has comfortably had a Prime Minister with Indian antecedents (Varadkar), which most of us discovered only when he visited his ancestral village in Maharashtra.

Sanghvi refers in passing to the Meghan Markle episode but refrains from comparing the media and public reaction at that moment to the present attack on the Chancellor. Closer scrutiny would show the difference between the two events.

Critics of Meghan Markle were by and large conservative royalists, who were upset by the damage done to the Queen’s image and reputation. Her supporters were liberals who approved of Harry’s independence and outspokenness. Sunak, on the other hand, is being defended by Conservative businesspersons and professionals, who understand the nuances of tax policy. His critics are more likely to be liberals who mistrust all well-off people, even those who are selfmade and law-abiding. The attacks on the Chancellor are ideological and political, not particularly racist.

Misguided preoccupation with the tax debate has turned attention away from a second issue: the Chancellor’s US green card, which he had retained for several months after he took over office. Sanghvi does not comment on this matter. A green card does not confer US citizenship, nor does it inevitably lead to it. The green card is a long term renewable entry visa, with the holder not limited to a specific period of stay whenever she enters the country.

But, when a person holding high electoral office in another country retains a US green card, there could be a whiff of impropriety, a suggestion that he would prefer to live and work elsewhere rather than devote his time and energies to represent the voters who elected him. This is all that can be laid at Sunak’s door by the most finicky moralist. Hardly enough to justify the sound and fury that have come out of Britain and echoed around the world. 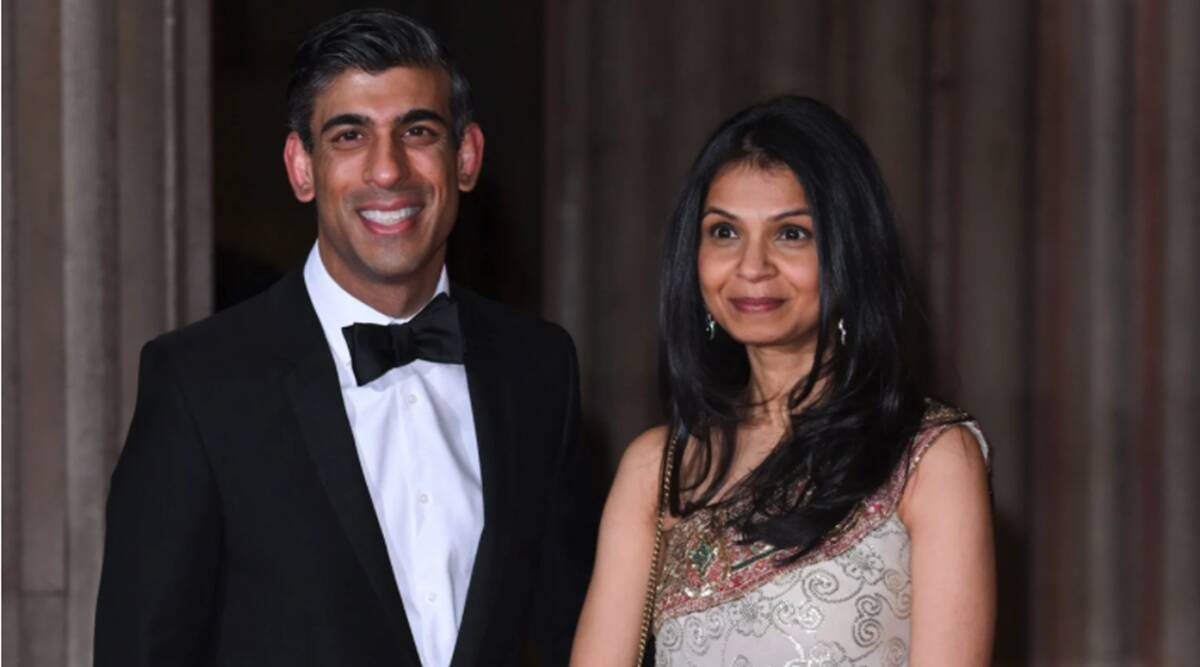