Accountability and responsibility must go beyond political conspiracy

Like any other political party of the day, there are certain aspects to admire and certain things to criticize about the latest ‘disrupter’ of Indian politics, the Aam Aadmi Party. While the cliché of ‘Party with a Difference’ may already be trademarked by another, but the curse of ‘sameness’ in terms of ultimate digressions afflicting all political parties, holds true.

Benefitting from novelty ‘newness’ and therefore with relatively ‘unknown’ credentials, the AAP has made a spectacular debut with the exhausted citizenry who were disillusioned by the rhetoric of the existing biggies in Delhi, and now, in Punjab.

Disillusioned with religious overtones (Panthic or Hindutva) or even of the clearly suicidal Grand Old Party of Indian politics, AAP romped home with an unknown assemblage that overran the ‘Who’s Who’ of Punjab. No amount of unsubtle innuendoes, ‘lack of experience’, or even personalised attacks on the AAP leadership, was able to stick. The end-result for the 117 member Punjab Assembly was a virtual Delhi-redux: AAP-92, INC-18, SAD-3, BJP-2, BSP-1 and Independent-1.

However, substantiated concerns of extreme profligacy and populism have haunted the APP governance model in Delhi and more recently, Punjab. The recent killing of a popular Punjabi singer, after the reduction of his security cover days earlier, typifies decision-making owing to populist optics. Recklessly announcing the names of people from whom the security cover was withdrawn, and not necessarily, via an objective assessment of threat perceptions.

But to be fair, AAP only followed the template of populism/freebies/subsidies/theatrics that was institutionalised by the prevailing national parties, much before the AAP’s formation. It only got refined, sharpened, amplified and presented even more grandiloquently, by AAP.

However, on various other domains like education sector, health etc., AAP has made quantifiable difference, for the better. Herein, perhaps more than another national/regional party in the fray, it is AAP that has fronted and championed ‘developmental-reforms’ as a formative theme, in its challenging role as amongst the national opposition parties. AAP has not pandered to societal ‘divides’ of religion, caste, ethnicities or language, as overtly as the other national/regional parties.

Another specific governance ‘style’ of AAP that has forced a positively introspective stance onto other political parties has been that of ‘immediate action’ in the face of obvious misdemeanor by one of its own. This by no means is consistently enforced, but has certainly been undertaken a couple of times to suggest differentiated standards of governance ‘style’. Political skeptics may dismiss such ‘immediate actions’ of AAP as usual theatrics to be deliberately milked towards further burnishing of its political credentials.

But be that as it may, it certainly forces pressure of accountability and responsibility with similar ‘immediate action’, across the lazy and amoral spectrum of Indian Politics. Even with the clearly political tact of assuming moral high ground by enforcing resignation/dismissal, to push rivals on the backfoot, it can only have an upside on the political landscape, in the long run.

The willful and moral trend of political resignations that was possibly initiated by Finance Minister TT Krishnamachari in 1957, more famously by the then Railway Minister, Lal Bahadur Shastri, is part of the long-forgotten and dignified politics of the past, that no longer holds good.

Today, at the drop of a hat, politicians facing credible accusations deploy the rote justification of ‘political vendetta/conspiracy’. Only the plausible danger of getting immediately fired for incontrovertible evidence (even before formal conviction by courts) can conjure an atmosphere of responsibility and accountability, by the usually reckless, cavalier and unrepentant politicos.

Fredric Bastiat’s astute warning is extremely relevant to the Indian reality, “when plunder becomes a way of life for a group of men in a society, over the course of time they create for themselves a legal system that authorizes it, and a moral code that glorifies it”. In the face of such eventualities, it is only the zero-tolerance culture of ‘immediate action’ in the face of indisputable evidence, that the majesty of the Indian Constitution, can breathe easy.

In its early years of its formation in 2015, AAP government in Delhi had sacked its ‘giant killer’, Minister of Food and Civil Supply, Environment and Forest Asim Ahmed Khan (who had earlier triumphed handsomely over a five-time elected rival). The complainant against the Minister had apparently attached a damaging hour-long audio recording between the Minister and a middleman for a builder. The quick action was lauded by the masses who were frustrated with the usual spiels, spin-doctoring and contexts that usually accompany such accusations.

More recently, the newly minted AAP government of Punjab undertook a similar ‘immediate action’ when it sacked its Minister of Health and Family Welfare and Medical Education, barely two months into the Cabinet. Again, like in the earlier case of the Minister in Delhi, this particular Minister had won by an incredible margin of nearly 75,000 votes against the popular Singer, Sidhu Moosewala.

A prompt investigation by the Punjab Police on the instructions of the Chief Minister had led to the unearthing of the dirt, and the said Minister was soon arrested by the Vigilance Bureau. The unilateral action by the dispensation of the state itself ensured that no taint stuck to the state government, and instead a powerful message of anti-corruption was sent across. The hardly hush-hush murmurs of corruption that had dogged all political dispensations of Punjab till date, were for once countered by ‘immediate action’.

All partisan politics and preferences aside, this cannot but augur well for political culture and governance in general, and for a cash-strapped state like Punjab, in particular. The sickening curse of ‘Shukrana’ (standard term for commission in the corridors of power) that sadly afflicts the movement of all files in various Secretariats across the country, was given the due treatment and messaging that it rightfully deserves. While the verdict on the practical efficacy of the much-bandied anti-corruption ‘helplines’ by the same AAP government is still out there, one cannot begrudge or question the government for its ‘immediate action’ against its own.

This sets the much-needed expectation of accountability and responsibility on governments, beyond lip-services, aggressive whataboutery or the immensely overused, ‘political conspiracy’. 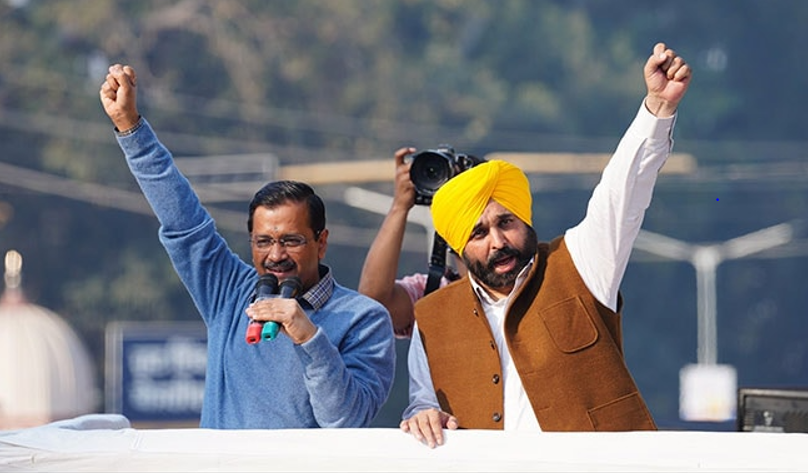