Tourism? Well First Put Your Money Where Your Mouth Is

Immediately after taking over, the new ruling dispensation went whole hog for a massive hype on Tourism notwithstanding the fact that the most immediate priority was rehabilitation of flood displaced, restoration of damage to infrastructure and prevention of future floods. People started visiting Bollywood to woo the film producers and stars. It has been observed that some politicians in Kashmir have a strange obsession about Tourism to the level of paranoia. In fact, it is often mistakenly claimed to be the backbone of Kashmir’s economy. 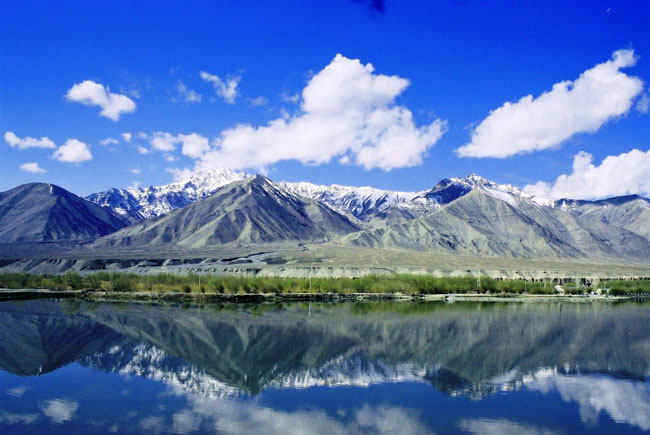 As per news reports, Government of India, Ministry of Tourism, survey report indicates that Kashmir has the capacity to receive 3 crore tourists every year. It is very scary in the sense that 3 crore people trampling over the fragile environment of Kashmir would turn it into a garbage hell in no time. Amarnath Yatra is a living example of the threat posed by mass tourism to environment. Tourism is not counted by numbers or arrivals but by bed nights which reasonably paying tourists spend at a place. Tourism is universally acclaimed to be the biggest export industry. It is the largest foreign exchange earner for countries possessing varied tourist attractions. Tourists bring in large amounts of foreign exchange and take away only some souvenirs and lots of goodwill. Being service oriented, it is also an extensive job provider. However, Tourism has its negative side also! 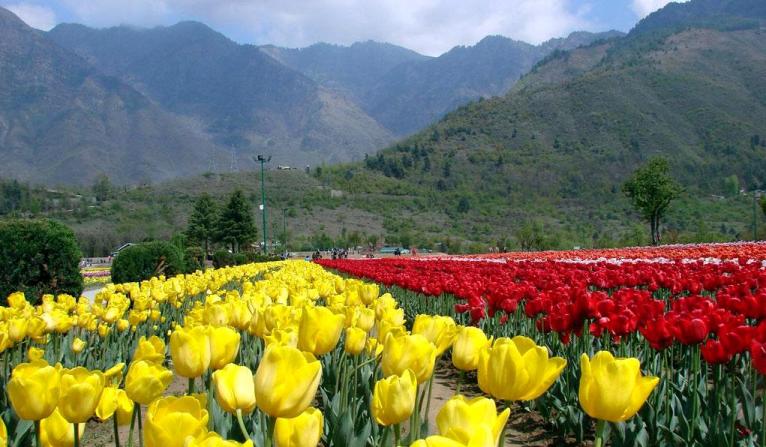 Tourism as an appreciable economic activity started in Kashmir only after the entry permit system to the State was abolished. Till that time people entering or leaving the state had to obtain a permit. There was no mass movement of tourists and yatris as is happening now. Prior to 1947 Kashmir had remained a special preserve of the British Army Officers and their families. Gulmarg was their most sought after fashionable resort. House Boat on the River Jhelum was their introduction. The British wanted to build some guest houses for themselves but due to the State Subject Law they could not own any land. So they came in with the innovation of a house on water which did not require any land except a mooring ghat. Even for this a mooring ghat law was enacted. There were no boats on the lake. Only temporary permits were allowed for going through the lake. Moreover, all house-boats had dry toilets and there were no flush toilets emptying all the refuse in the lake or the river.

Thus the main clientele for Kashmiris prior to 1947 were the British and some other foreign travellers. However, Kashmir has been known as the most attractive leisure spot from the ancient times. Mughals enjoyed its beauty and it was in their time that the famous couplet, “If there is a Heaven on Earth, it is this, it is this, and it is this” got associated with Kashmir. Even in present times, as a tourist destination Kashmir has no parallel in the entire world. Kashmir has been bestowed by Nature with the most extensive potential for development of every kind of Tourism. Its unique environment makes it a “Heaven” for the leisure and pleasure loving tourist. The mountains, the forests, the meadows and the fast flowing mountain streams make it the ultimate destination for adventure tourism. A paradise in the bosom of the mighty Himalaya! Apart from dozens of summer resorts, Kashmir has the potential of setting up of a dozen world class ski resorts. 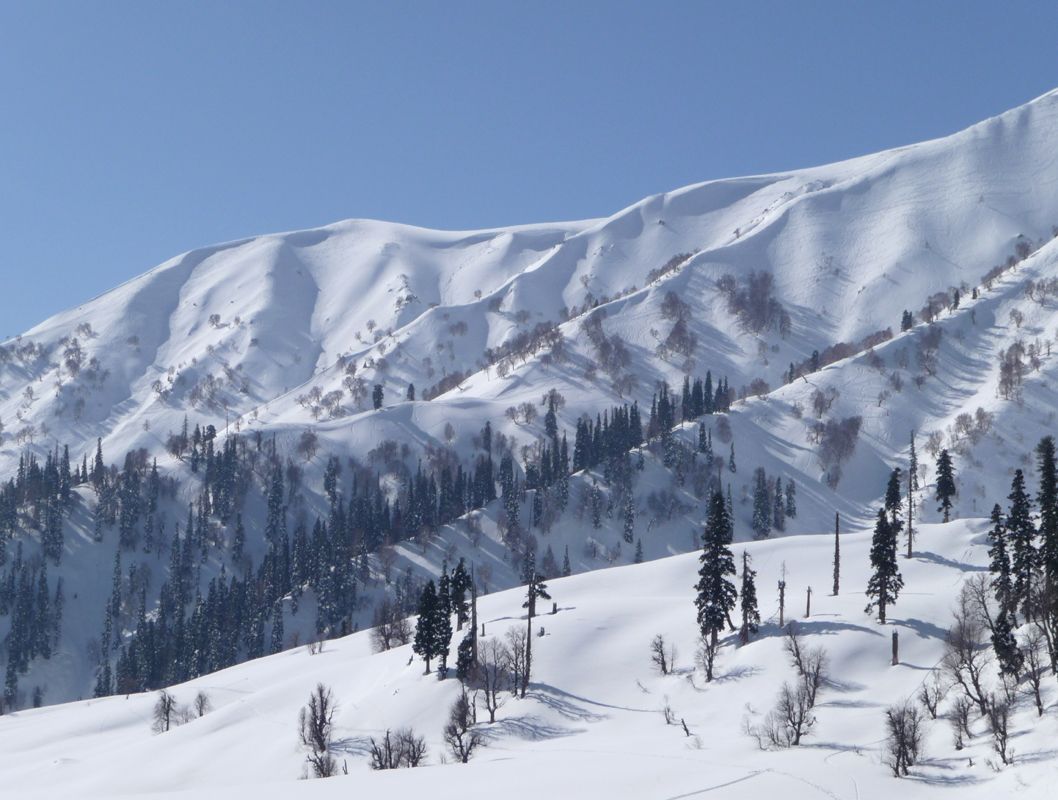 Historically, Kashmir has an agricultural based economy. More than 70% people are involved in agriculture and horticulture. Handicrafts come next and the main income even from this sector is from the exports and not from retail sales to the tourists visiting the valley. According to Export Promotion Council of India, the handicraft export, especially of the carpets grew manifold during the upheaval of nineties. Carpet looms spread into the rural areas and some of the local export houses started operating from Delhi. Same was the situation with horticulture especially the export of apples from the state. Hundreds of crores worth apples and some other fruit are exported from Kashmir to rest of India. Even some factories are exporting apple juice concentrate to Germany and some other countries.

There are no two opinions that with the possession of extensive potential, Tourism has tremendous possibilities of development in Kashmir. However, apart from the basic requirements of potential, physical accessibility, and infrastructure prescribed under the concepts of area development and physical planning for tourism, there is the most fundamental requirement of the political stability of the area. No one wants to go to an area which is proclaimed all over the world as the most dangerous place, Asia’s nuclear hot spot and so on. Every second day there is news all over the world about blasts, encounters, and other incidents regarding Kashmir. The most important primary consideration for a popular tourist spot is “Peace”! In view of this uncertain situation, the tourist arrivals show a swing effect. These keep on rising and falling from time to time. Sometimes there is a boon and supposedly a million tourists arrive while as other times there is a complete drought with hardly any arrivals. In view of this it is not advisable to make Tourism as the so called “backbone” of the economy. Such an economy can collapse with every upheaval. Tourism for the present can at best be an additional economic activity and not the main base. Once Kashmir enjoys the real and settled peace, Tourism can become one of the key activities for its economy. 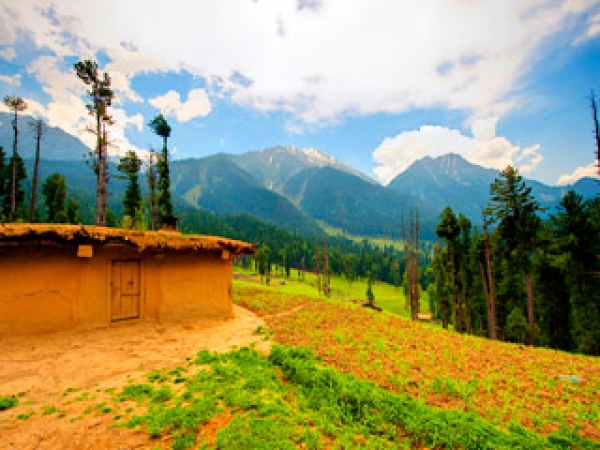 Historically the easiest, short and dependable surface connectivity to Kashmir has been along the Jhelum Valley Road. It should be reopened for international tourism. Regarding the infrastructure, there are hardly any staying places of the global standards. The power, the roads, the water supply, civic facilities like garbage disposal, drainage and so on leaves much to be desired. The capital city of Srinagar is not able to cope up with the local population, not to talk of international tourists. Accommodation such as five star hotels and surface transport comprising luxury cars, air-conditioned sight-seeing coaches too need to be supplemented in a big way. In this regard the fundamental requirement is to give a free hand to the private sector for developing the commercial side of tourism while the government should only undertake overall long and short term planning, incentive to private sector and regulation of the trade. 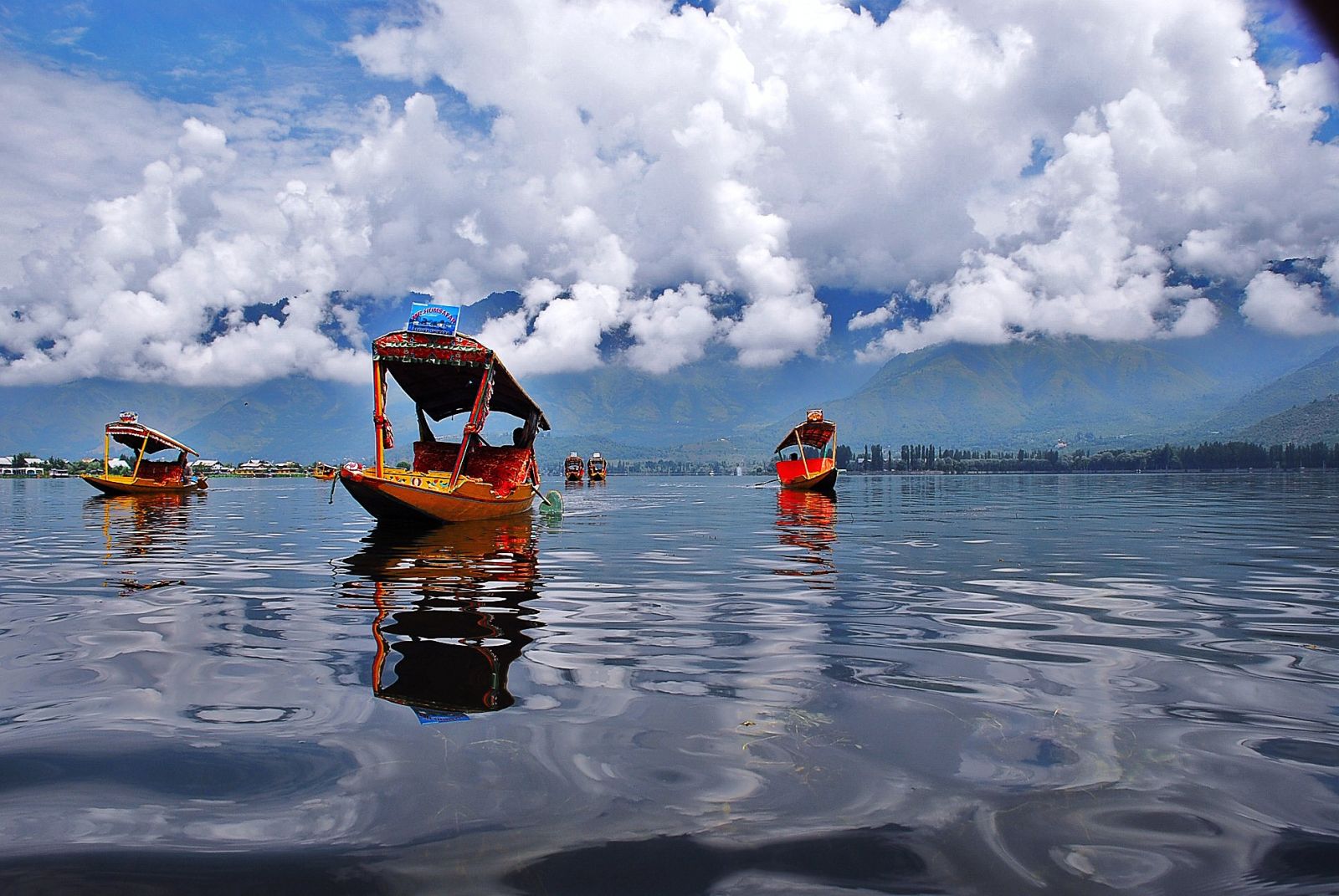 Next is a very important requirement, the attitude of the local people. Kashmiris are generally by tradition very hospitable and friendly. They welcome all guests who come in peace with love. However, what is important is the behaviour and attitude of the people directly in contact with the tourists. Even though as a whole all are appreciative of the treatment given by the people dealing directly with the tourists, yet there have been many instances of rude behaviour, pestering and cheating. One needs to remember that the good will of a thousand tourists gone back with happy memories is destroyed by a single unsatisfied tourist! There have been umpteen instances of tourists being mobbed, pestered, harassed and even cheated in some of the posh resorts like Gulmarg. In a number of cases, some tourists have gone back even without visiting these resorts. At one time travel agents and taxi operators had threatened to boycott Gulmarg because of the attitude of local ponywallas. The most unfortunate part is that Jammu and Kashmir is the only state which has a very stringent legislation called the J & K Registration of Tourist Trade Act under which touting and pestering of tourists is a cognisable and non bailable offence. However, the enforcement of the law is virtually non-existent! Something needs to be done in this regard by the travel trade, the government and the people in general. 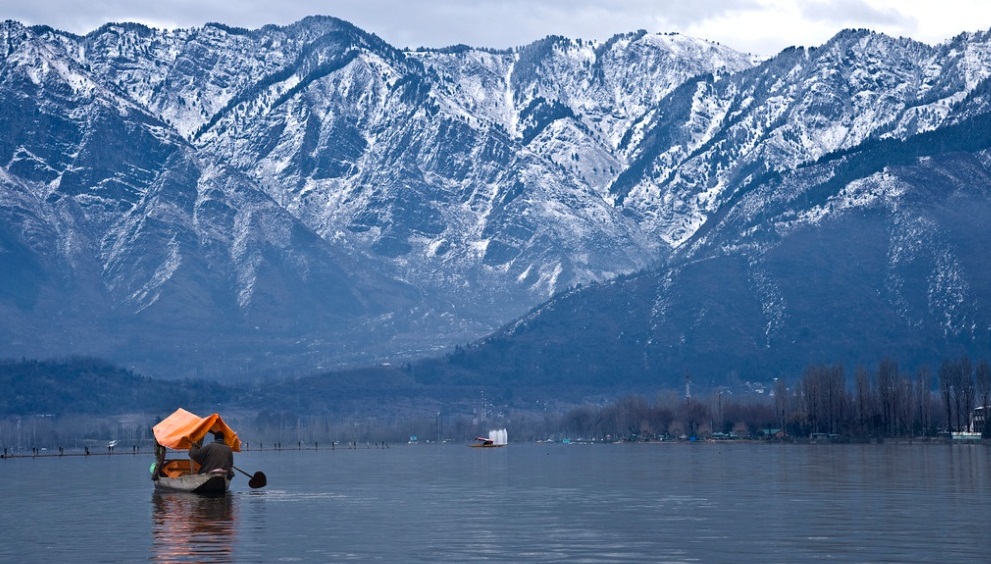 Finally it must be pointed out that Tourism is also related to local environment. In fact, in our case the natural environment is the primary factor for making Kashmir as the most sought after tourist destination. The natural landscape and the salubrious climate are our most important potential. These for us are the proverbial golden goose of tourism. However, it can continue to lay golden eggs only as long as we develop it in a sustainable way. Any attempt at overrunning the environment with thousands of tourists is bound to kill the golden goose!

Many a famous tourist destinations in the world have been destroyed by over development of the tourism product. Each area has a carrying capacity going beyond which it can suffer irreversible damage. The Government of India, Ministry of Tourism while declaring the possibility of Kashmir having over three crore tourists should also commission a team to determine the carrying capacity of our tourist areas so as to ensure sustainable tourism. Otherwise we may cause more damage than good. Here, it needs to be pointed out that our planners as well as politicians seem to be obsessed with tourism. One can ask why environment and infrastructure has to be considered only for tourists. It gives an impression that the local population does not count in regard to these important elements!

Thus taking a long term perspective view of Tourism, it emerges that it is an important economic activity. However, in the present context it is not advisable to make it the backbone of our economic activities. We should allow it to remain as an additional economic activity. We should also aim for sustainable development in this sector to preserve our fragile ecology and environment. It must also be ensured that Tourism is not politicised by making it a barometer of political normalcy. It would be advisable for the government and the travel trade to operate within these parameters till total peace returns to the state.