Lament for Humanity: A 50 Year Reflection

Deeply affected by the death of my two uncles in World War II, on 1 July 1966, the 24th anniversary of the 'USS Sturgeon' sinking of the Japanese prisoner-of-war ship 'Montevideo Maru' which killed the man after whom I am named, I decided that I would devote my life to working out why human beings are violent and then developing a strategy to end it.

The good news about this commitment was that it was made when I was nearly 14 so, it seemed, anything was possible. Now I am not so sure.

Here is my report on 50 years of concerted effort to understand and end human violence.

In 1966 one of my immediate preoccupations was war. The US genocidal war on Vietnam was raging and, as a sycophantic ally of the United States, Australia had been drawn into it some years previously. Trying to understand what this war was really about was challenging, particularly given the limited (mainstream) sources of information available to me at the time.

But I was deeply troubled by another problem too. I had seen a photo of a starving African child in the newspaper when I was ten and I found this most disturbing. Why did adults let children starve? I wondered. And trying to make sense of this by reading newspaper reports or asking those around me was utterly unenlightening.

By the early 1970s the environmental crisis was starting to impact on my awareness too, including through environmental campaigns I heard about and the 'limits to growth' literature published by the Club of Rome, which I read at University. 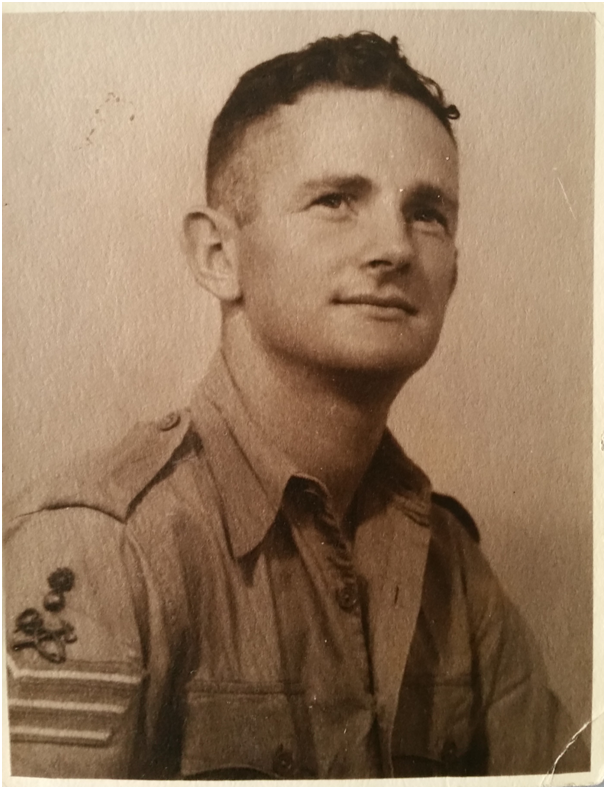 So where are we today?

Well, the most casual perusal of the state of our world reveals the ongoing (and recently heightened) threat of nuclear war and obliteration (on top of the ongoing and rapidly spreading radioactive contamination generated by Fukushima and the use of Depleted Uranium weapons), ongoing phenomenal levels of military spending and the endless push from corporate and other elite interests for more wars. Hence, we are witness to and, through our taxes, active supporters of an endless sequence of wars, military invasions, occupations and coups, virtually all of them instigated by the US elite and its allies, as well as a sequence of 'local' wars, also instigated by western elites and supplied with weapons by western corporations.

The global economy teeters on the brink of collapse and, of course, from the viewpoint of those 100,000 people in Africa, Asia and Central/South America who starve to death each day or those one billion people who live in a state of semi-starvation and abject poverty in many parts of the world, it has already 'collapsed'. This all happens at the instigation of insane elites who continue to accumulate and hoard their wealth, much of it in illegal offshore tax havens. Given the enormous psychological damage that individual members of the elite have suffered, millions or even billions can never be enough.

And the environmental crisis has only become vastly worse with the synergistic impact of our combined assaults on the environment causing human extinction-threatening strain on the biosphere. These devastating assaults include those inflicted by military violence (often leaving vast areas uninhabitable), the emission of vast quantities of carbon dioxide, methane and nitrous oxide into the atmosphere, rainforest destruction, industrial farming, mining, commercial fishing and spreading radioactive contamination.

We are also systematically destroying the limited supply of fresh water on the planet and inducing the collapse of hydrological systems. Human activity drives 200 species of life (birds, animals, fish, insects, reptiles, amphibians, plants) to extinction each day and 80% of the world’s forests and over 90% of the large fish in the ocean are already gone.

Despite this readily available information, governments continue to prioritize spending $US2,000,000,000 each day on military violence, the sole purpose of which is to terrorize and kill fellow human beings, now or in the future.

In addition, you might have noticed the ongoing attacks on everything from our civil liberties and right to privacy to our right to eat healthy food that has not been poisoned and/or genetically mutilated.

So why does all of this happen? Well, 50 years of research and decades of nonviolent activism have had some rewards and particularly the research that Anita McKone and I conducted during our 14 years in seclusion (1996-2010) which fully explained why human beings are violent. In essence, it is an outcome of the visible, 'invisible' and 'utterly invisible' violence inflicted by adults on children. See 'Why Violence?' http://tinyurl.com/whyviolence and 'Fearless Psychology and Fearful Psychology: Principles and Practice'. http://anitamckone.wordpress.com/articles-2/fearless-and-fearful-psychology/

Moreover, this research also gave us enormous insight into the insanity of the global elite and those who serve them in order to maintain this worldwide system of violence and exploitation that is killing us all while destroying the biosphere. Whether it be the politicians who implement elite policies, the academics who 'justify' or remain silent about this violence and exploitation, the businesspeople who manage it, the judges, magistrates, lawyers and prosecutors who defend and ultimately enforce it, the teachers and media personnel who teach and promote (or distract us from) it, or the soldiers, private military contractors, police and prison officers who inflict its most direct violence, the global elite is served by a ready stream of witting or unwitting people, many of whom are paid by your taxes to do its bidding. See 'The Global Elite is Insane'. http://www.scoop.co.nz/stories/PO1402/S00056/the-global-elite-is-insane.htm

And just to ensure that you are endlessly frightened into accepting this worldwide system of violence and exploitation, and to support its further encroachment into your life, the global elite conducts an ongoing terrorist campaign against you. See 'Terrorism: Ultimate Weapon of the Global Elite' http://warisacrime.org/content/terrorism-ultimate-weapon-global-elite and 'Why Elites Love Drones' http://rinf.com/alt-news/editorials/elites-love-drones/

But there is another huge problem too: Lack of solidarity.

Elites know that they can divide us and that enables them to conquer us. Despite our efforts to build solidarity over recent decades, elites keep finding new ways to emphasize our 'differences'. We need to start thinking of ourselves as 'We are all each other'. Does it matter if the 'big' difference between us is our gender, our race, our class, our religion, our nationality or something else (or even all of these)?

While elites can easily manipulate us, especially via education systems and the corporate media, into projecting our fear and self-hatred onto others who are 'different' and then inflicting violence on, or even killing, each other because, in effect, 'I am an adult and you are a child', 'I am a man and you are a woman', 'I am non-indigenous and you are indigenous', 'I am a Christian/Jew/Hindu/Buddhist and you are a Muslim', 'I am working class and you are middle class', 'I am white and you are not', 'I am straight and you are LGBTQIA', 'I am one nationality and you are another', 'I am a feminist and you are a socialist', or even 'I am human and you are a bird/animal/fish/insect/reptile/amphibian/plant' then we haven't even begun to realize that the real issue is that we are all living beings and this insane elite is willing to do anything they can to exploit and, if necessary, kill us all.

Isn't it time we started to see what makes us the same – victims of violence and exploitation – rather than focusing on what, after all, are the rather less significant differences in our bodily characteristics, in our beliefs or even the causes of our exploitation (which is not meant to diminish the significance of the outcomes of direct and structural violence which undoubtedly have variable impact)? Fear divides us.

One interesting personal outcome of this lifetime of effort, apart from the many arrests, terms of imprisonment (including once in a psychiatric ward where I was forcibly injected with 'antipsychotic' drugs), bankruptcy and seizure of my passport that have been direct results of my nonviolent activism, is that Anita and I have been homeless since 1999: conscience has its costs. Moreover, a worldwide search has failed to identify more than a handful of individuals (but pre-eminently my parents, James and Beryl, both veterans of World War II and now 93) or an organization of any kind that is willing to fund our research or our work to end human violence. Of course, there is a psychological explanation for this as well. See 'Why Don't We Try to Understand and End Human Violence?' http://www.countercurrents.org/burrowes261113.htm

So what of human prospects? Not good. With an insane elite controlling the US (and other) military/nuclear arsenals and the highly exploitative global economy (with the secret corporate governance deals, such as the Trans-Pacific Partnership and the Transatlantic Trade and Investment Partnership, designed to further consolidate corporate control of our world), as well as the dominant discourse via the education systems and corporate media, very few people have the emotional and intellectual capacities to critique this world order and then strategically and nonviolently resist the rush to extinction in which we now find ourselves. In short, most human beings are utterly (unconsciously) terrified and remain politically inert despite time and opportunities slipping rapidly away.

So what do I suggest? Well, with the scientific evidence now indicating that near term human extinction is the most likely outcome – see 'Why is Near Term Human Extinction Inevitable?' It is increasingly clear that if we are to end human violence in all of its many and complex manifestations, and prevent human extinction, then we need an integrated and comprehensive strategy for doing so that also provides many meaningful avenues for involvement by individuals and organizations who wish to respond powerfully: token gestures have no value. Over many years I have endeavoured to create this overarching strategy and I invite you to participate in it by doing one or more of the following.

If you are an adult, you might consider dramatically modifying your treatment of children in accordance with 'My Promise to Children'. http://www.nationofchange.org/my-promise-children-1383835266 You might also find this article useful in better understanding how to do so: 'Nisteling: The Art of Deep Listening'. http://www.scoop.co.nz/stories/HL1408/S00192/nisteling-the-art-of-deep-listening.htm

If these suggestions seem beyond you, then perhaps your own emotional healing should be your priority. Despite its title, this article explains what you need to do: 'An Open Letter to Soldiers with "Mental Health" Issues'https://www.transcend.org/tms/2014/01/an-open-letter-to-soldiers-with-mental-health-issues/ And remember this: if you don't believe that you are 'important' enough to spend time learning to know yourself more deeply, I disagree. You are important.

Separately from the above, you might like to join those participating in 'The Flame Tree Project to Save Life on Earth'. http://tinyurl.com/flametree You might also consider signing the online pledge of 'The People's Charter to Create a Nonviolent World'. http://thepeoplesnonviolencecharter.wordpress.com

And if you would like to learn how to make your nonviolent action campaign for a peace, environmental or social justice outcome more strategically effective, you can do so here: 'Nonviolent Campaign Strategy'. http://nonviolentstrategy.wordpress.com To nonviolently defend against coups and invasions, remove a dictatorship or conduct a liberation struggle, check out 'Nonviolent Defense/Liberation Strategy'. https://nonviolentliberationstrategy.wordpress.com

I am not going to get another 50 years to try to create the world of peace, justice and sustainability for which many of us strive but I am going to use every single moment of the time I have left.

Why? Because I love the Earth and everything on it. And you?

Of Vultures and Kachra…. 22 hours ago

Countdown to a Showdown 1 day ago