Interview based report with former Commander of the Sri Lankan Navy

COLOMBO: Over the past year, as India kept making a bid to acquire the Mattala airport in South Sri Lanka, universally derided as the “World’s Emptiest Airport” with little or no traffic, many have wondered why New Delhi wants to buy into a failed enterprise with little or no perceivable prospect of turning the corner.

Some said it as a vain move to “match” and “checkmate” China’s growing influence in Sri Lanka. About India’s interest in acquiring the airport for “strategic reasons” many wondered if India can ever go to war with China over some military activity by the latter in Hambantota when, nearer home in Doklam on the Bhutan-China border, it scrupulously avoid going to war and settled the matter diplomatically and quietly, only letting the media spew fire and brimstone.

China showed a strong interest in, and bargained hard, over Hambantota port when, in 2015-2016, the Sirisena-Wickremesinghe government was re-negotiating the Sino-Lankan deal entered into by the previous government led by Mahinda Rajapaksa.

But Beijing was lackadaisical and lukewarm as regards the Mattala airport, observed Admiral Dr.Jayanath Colombage, former Commander of the Sri Lankan navy and now an expert on strategic affairs based in Colombo. 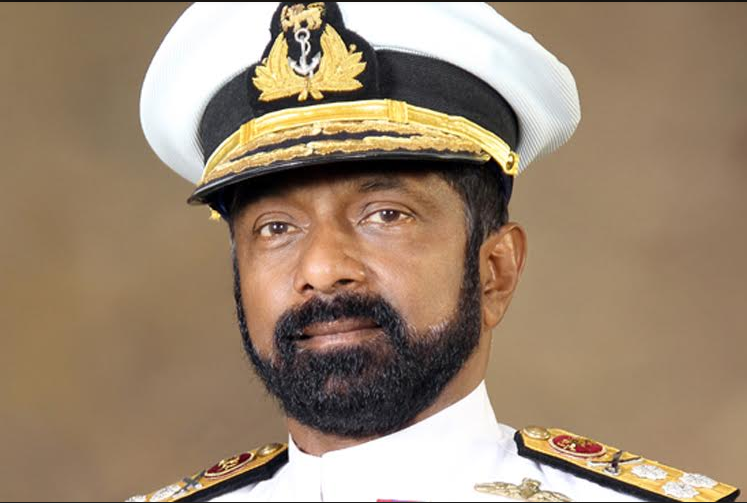 “ Initially, the Chinese did make an offer to acquire Mattala. Having a Chinese administered airport near the Hambantota port is useful and it is only 40 km from Hambantota harbor. The airport will be useful, specially if the Economic Zone spread over an area of 15,000 acres around Hambantota does come up. But still, the Chinese did not consider Mattala airport to be of much value,” Adm. Colombage noted.

Prime Minister Wickremesinghe told parliament that the Chinese had made an offer, but it was “not attractive.”

In July 2016, the Sri Lankan government suggested to the Chinese that China could consider swapping debt for equity and run the Hambantota port and the Mattala airport as joint ventures with Sri Lankan government entities. But the then Chinese Ambassador in Colombo, Yi Xian Liang, shot down the idea. He told Wickremesinghe that China’s laws do not permit the conversion of debt into equity.

However, by July 2017, the Chinese had agreed to covert the US$ 1.12 billion debt vis-à-vis Hambantota port into equity with the Chinese company China Merchant Port Holdings Company (CMPort) taking a 70% stake. But in the case of Mattala airport, there was no forward movement on the debt-equity path.

Explaining the difference, Colombage said: “The difference lies in the relative value of the Mattala airport for China’s principal global project, the Belt and Road Initiative (BRI). The BRI is principally a string of ports around the globe. Other transport projects which China has undertaken are only adjuncts to the ports under BRI.”

Perhaps China was not interested in acquiring equity in a liability like the Mattala airport at a time when it was yet to make Hambantota economically viable and be an important part of the BRI, Colombage said.

On its part, the Sri Lankan government has been firm about taking the joint venture route in respect of strategically important projects.

Explaining the logic of this, Colombage said: “ In a joint venture, the foreign party will have an interest in ensuring the success of the enterprise. And both profits and losses will be shared. This is not the case when financing is only through a loan. ”

In contrast to China, India has consistently pitched for a joint venture model for its economic projects in Sri Lanka, including the Mattala airport. It recently agreed to a joint venture even in the case of the Trincomalee oil tanks which were given entirely to India in 2003.

But why would India want to take the Mattala airport , the running cost of it sans business is a huge burden? Its expenditure vastly outstrips income. A massive Chinese loan of US$ 210 million is to be repaid.

The Government has to repay the Chinese in installments of Rs. 1.7 billion (US$ 10.7 million), the Deputy Minister of Civilian Aviation Asoka Abeysinghe told parliament in July. Three such installments had been paid through earnings from the Bandaranaike International Airport in Colombo.

The total investment of the troubled airport is $ 252 million inclusive of a $ 39.6 million price escalation claimed by the contractor and another $ 4 million invested by Aviation Authority of Sri Lanka (AASL)..The average operational cost, including loan interest, without exchange loss per year is US$ 20 million, the minister said..

Despite this, the Airports Authority of India (AAI) expressed interest in starting a joint venture and the Sri Lankan cabinet considered it in July 2017. The AAI said that it will take a 70% stake and the management of the airport.

India initially valued the airport at US$ 252 million but finally agreed to put it at US$ 325 million as per the recommendation of the Lankan Chief Valuer.

On its part, Sri Lanka was looking at settle its debt to China with the money India would pay for its stake. But Sri Lanka set preconditions.

“India would only do commercial operations and will not have any military activities or military aircraft landings there. All air navigation systems will be manned by Sri Lankan authorities. Perimeter and internal security will be maintained by the Sri Lanka Air Force. All emergency services including firefighting will be manned by Sri Lankans,” Civil Aviation cabinet Minister Nimal Sripala de Silva told parliament.

India had agreed to these conditions. But there are two more hurdles to cross, the Minister said. Firstly, Lanka’s civil aviation law has to be changed to allow foreign entities to own Sri Lankan airports. The other hurdle is the business model to make the airport profitable. The Indians are yet to give a satisfactory and detailed business model, the minister added.

Adm.Colombage said that Mattala airport cannot be considered wasteful and efforts should be made to make it profitable.

“As on date, Sri Lanka has only one functioning international airport and that is in Colombo. The country needs a second international airport. Planes going to South Indian airports may also need an alternative airport to land in an emergency. Since Mattala is already there, it should be used,” he argued.

Colombo is crowded with 9.8 million passengers using it every year. According to Joint Opposition MP Namal Rajapaksa, the bulk of them are transit passengers who could use Mattala if the airlines could be persuaded to redraw their routes. But this is no easy task.

“ Tourist spots around Mattala like the Yala National Park, Arugam Bay resorts and the temple of Kataragama for Lord Skanda or Murugan could be exploited to attract tourists from the West and pilgrims from South India,” Columbage said.

Good hotels could be built and these could be successful ventures as the Hong Kong-based Shagi-La in Hambantota has shown.

“If the Economic Zone comes up over 15,000 acres in Hambantota, the airport should become busy. But the government should see to it that the Economic Zone does not become an exclusive Chinese zone. That will allay apprehensions in India and the West.” Colombage said.

Fortunately, China has been saying that it is ready to receive non-Chinese foreign investments in its BRI projects.

“ The Chinese may have down played their interest in Mattala in order to allay India’s fears. China is interested in strengthening economic relations with India and take bilateral the trade from US$ 84 billion to US$ 100 billion by 2015,” the maritime security expert noted.

Colombago said that the government and the media have erred by portraying the Mattala airport as being “fit only for grain storage”, and the Hambatota port as the “world’s biggest swimming pool.” Which investor would be attracted by such portrayals, he wondwered.

“An India-China war of skirmish over Hambantota is not on the cards at all. But having a strategic asset near another country’s strategic asset has a psychological and practical value. India and China may post intelligence personnel in their sites to keep a tab on the other. And although the agreements say that these assets cannot be used for military purposes, the fact that China holds a majority stake in Hambantota port and India is expected to hold majority stake in Mattala airport, gives the two countries a major say in the running of the facilities.”

Lastly, it is to Sri Lanka’s advantage to accommodate rivals India and China so that it can gain from both while protecting itself from both.