Srilanka: From Bullets to Ballots in Pictures

Many in the Vanni struggle due to a combination of poverty, war-related injuries and untreated traum

VAVUNIYA, Sri Lanka (IPS): In four months’ time, Sri Lanka will mark the sixth anniversary of the end of its bloody civil conflict. Ever since government armed forces declared victory over the Liberation Tigers of Tamil Eelam (LTTE) on May 19, 2009, the country has savored peace after a generation of war.

Suffocating security measures have given way to a sense of normalcy in most parts of the country, while steady growth has replaced patchy economic progress – averaging above six percent since 2009.

But these changes have largely eluded the area where the war was at its worst: the Vanni, a vast swath of land in the Northern Province that the LTTE ruled as a de facto state, together with the Jaffna Peninsular, for over a quarter of a century.

Home to over a million people, one-fourth of whom are war returnees, the Vanni has been in the doldrums since ballots replaced bullets.

“Peace should mean prosperity, but that is what we don’t have. What we have is a struggle to survive from one day to another,” Kajitha Shanmugadasan, an 18-year-old girl from the northern town of Pooneryn, told IPS.

She said youth her age were frustrated that multi-billion dollar infrastructure projects have failed to deliver decent jobs. “Look around, we have new highways, new railway lines, but no jobs, for five years people have been suffering, and it should not be [so] when there is peace,” she asserted.

Youth from the Northern Province have historically performed well at national exams, even during conflict times. That trend has held true: at the 2013 university entrance exam, 63.8 percent of those who sat their papers gained the scores required to enter the country’s top universities, a national high.

But with unemployment also at record levels here, and hardly any jobs for university graduates, those like Shanmugadasan are either staying out of universities or leaving the province in search of better prospects.

A new government, the result of presidential elections just a week into the New Year, and the Papal visit to the heart of the former battle zone on Jan. 14, have given rise to new hopes in the Vanni that life will improve for the ordinary people, who suffered during the war and have had little respite since the guns fell silent.

The 72-percent voter turnout in the Northern Province at the Jan. 8 presidential poll – an all-time high for the region – is a reminder to the regime how desperate the people here are for change. 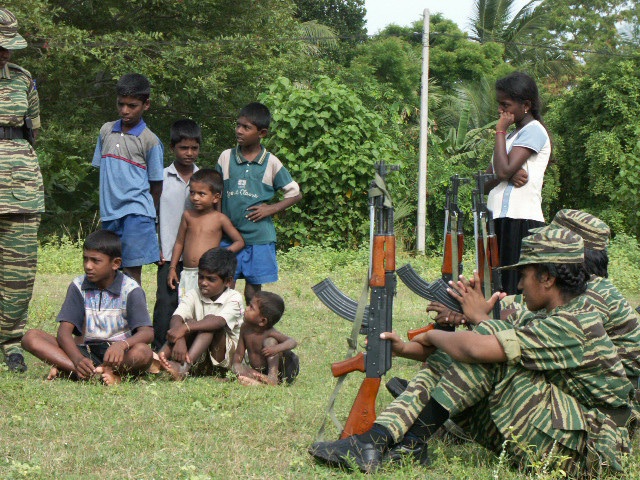 During Sri Lanka’s civil conflict, life in the war zone was dominated by the fighting. Thousands of youth either joined the Tigers or were conscripted into their units. Credit: Amantha Perera/IPS 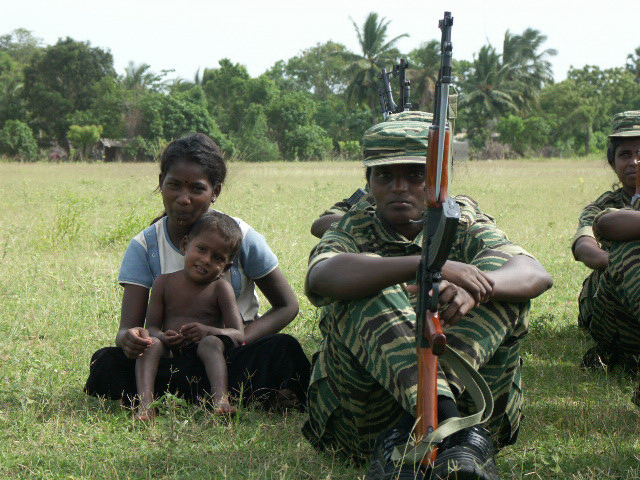 A small child and a woman sit next to LTTE cadres training in a public playground in Kilinochchi, a district in the Northern Province, in this picture taken in June 2004. The Tigers held sway over all aspects of life in areas they controlled until their defeat in 2009. Credit: Amantha Perera/IPS 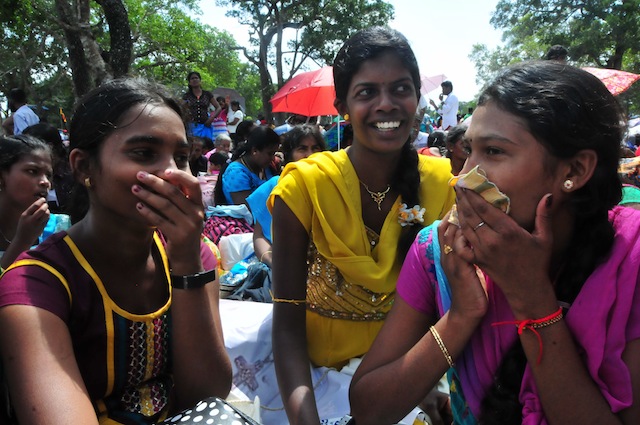 Now, young people have more freedom than they did under the Tigers, but many are frustrated by the lack of proper employment opportunities six years after being promised a peace dividend by the government in Colombo. Credit: Amantha Perera/IPS 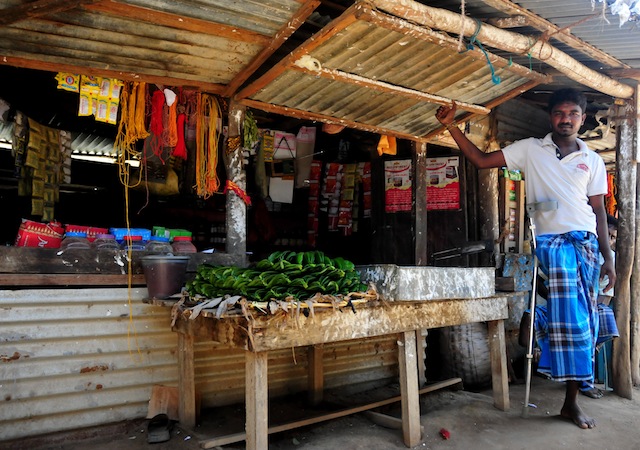 A youth who lost his leg during the conflict stands by his vegetable stall in the town of Mullaitivu in northern Sri Lanka. He has a small family to look after and says he finds it extremely hard to provide for them. Credit: Amantha Perera/IPS 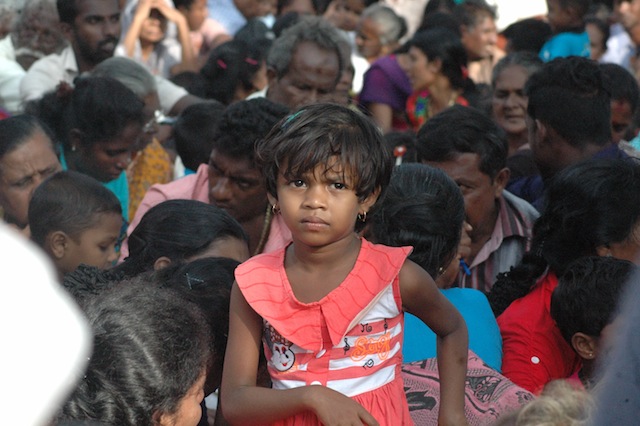 A quarter of a million people who were displaced during the last phase of the war, along with tens of thousands of others who fled at other stages of the conflict, have moved back to the Vanni. Many families with small children continue to live in slum-like conditions, as a funding shortfall has left many without proper houses. Credit: Amantha Perera/IPS 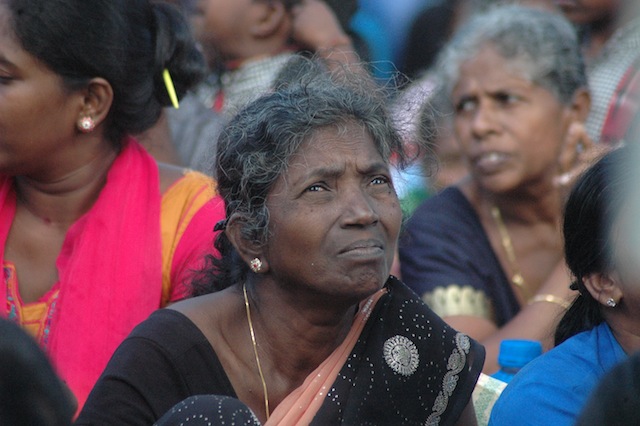 Women have been forced to take up the role of breadwinner, with aid agencies suggesting that single females – either widows or women whose partners went missing during the war – now head over 40,000 households in the province. Credit: Amantha Perera/IPS 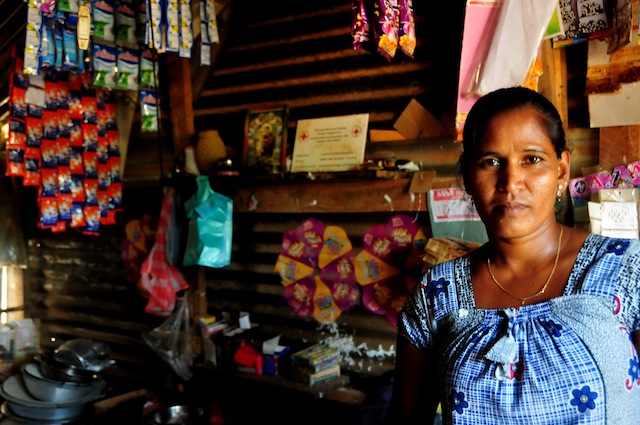 A woman stands in front of this small business she operates in Mullaitivu. The single mother was able to open the shop with the help of a grant she received from the International Committee of the Red Cross (ICRC). Credit: Amantha Perera/IPS 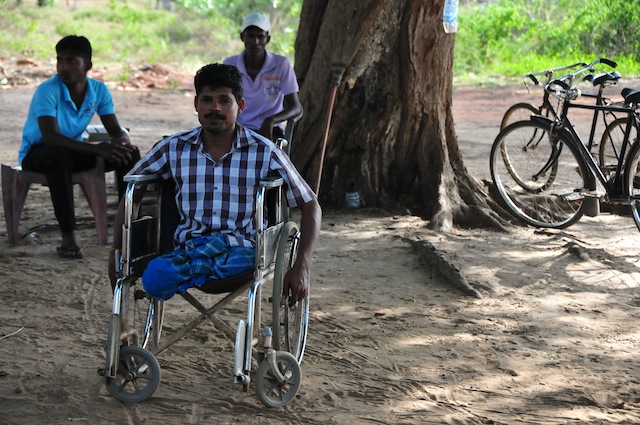 The war left tens of thousands disabled, but six years on there are hardly any programmes or facilities that cater to this community. Credit: Amantha Perera/IPS 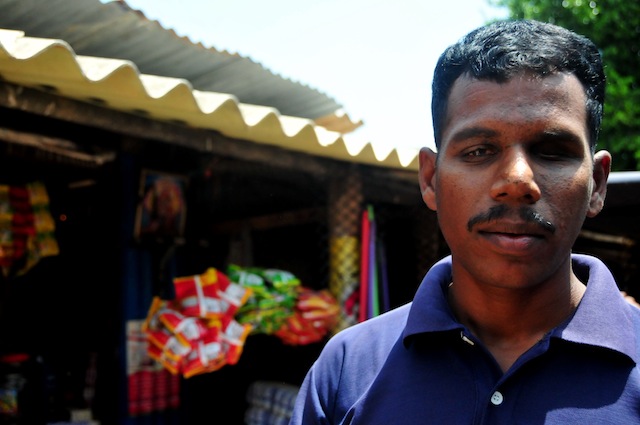 This man, a former member of the LTTE who was blinded in one eye during the war, bicycles over 20 km each day in search of work. A father of one, he has found it hard to adjust to post-war life. Credit: Amantha Perer/IPS 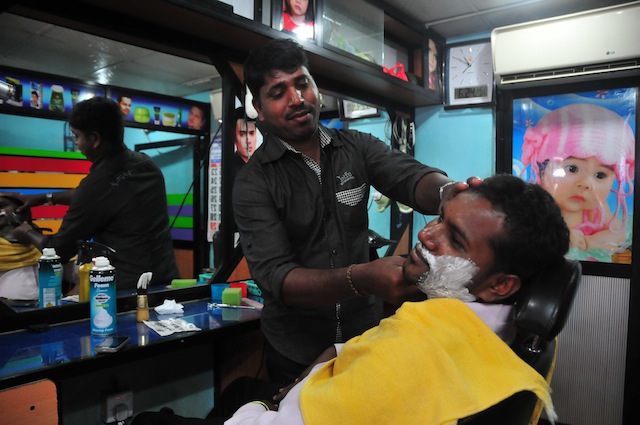 Other former Tigers, like this rehabilitated cadre-turned-barber, were fortunate to benefit from government-sponsored aid programmes. Here, the one-time militant attends to a client at his barber’s shop in the village of Mallavi in Sri Lanka’s north. Credit: Amantha Perera/IPS 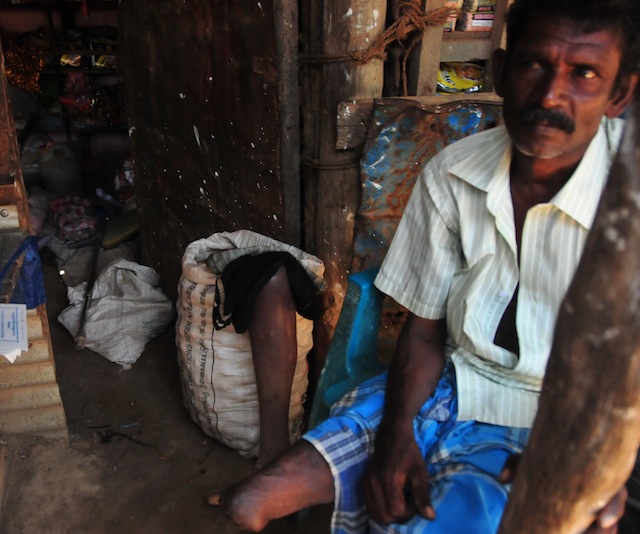 Many in the Vanni struggle due to a combination of poverty, war-related injuries and untreated trauma. Credit: Amantha Perera/IPS 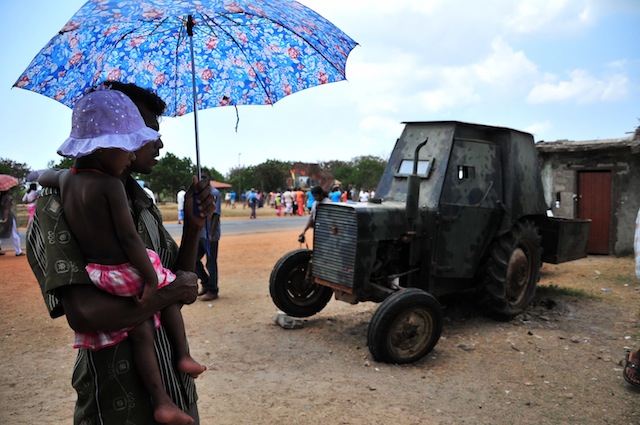 The immediate aftermath of the war saw thousands of tourists flocking to the region, gawking at the remnants of a bloody past. Their numbers have since dwindled and a war tourist trail now remains mostly deserted. Credit: Amantha Perera/IPS 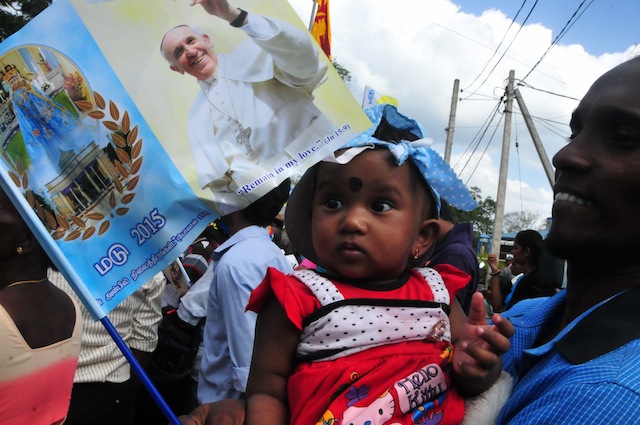 The election of a new president and the visit of Pope Francis to the former war zone – two monumental events coming within five days of each other in early January – have raised hopes in the north that real, lasting change is close at hand. Credit: Amantha Perera/IPS