Social Media Humour Takes the Bite out of India-Pak Cricket

NEW DELHI: On Sunday, an estimated 1 billion people tuned in to watch India take on Pakistan, with those on this side of the border erupting in joy as India sailed to a 76-run victory. The cornerstone of the win was Virat Kohli’s century -- the only century to be scored by an Indian batsmen against Pakistan in the five WC-matches the two countries have played against each other between 1992 and 2011.

As with any victory, the real winner -- unsurprisingly -- was the internet, with cricket fans flooding social media with hilarious posts, tweets, comments and memes. #IndiaVsPak, #WeWontGiveItBack, #Raina74,#Kohli107 were trending worldwide (our apologies to #SouthAfricaVsZimbawe -- you did not stand a chance).

The main reason why the internet won was because of the sporting- ness of it all. Check out these memes circulated by Pakistani fans that capture the spirit of healthy competition (and accepting a result, with good humour). 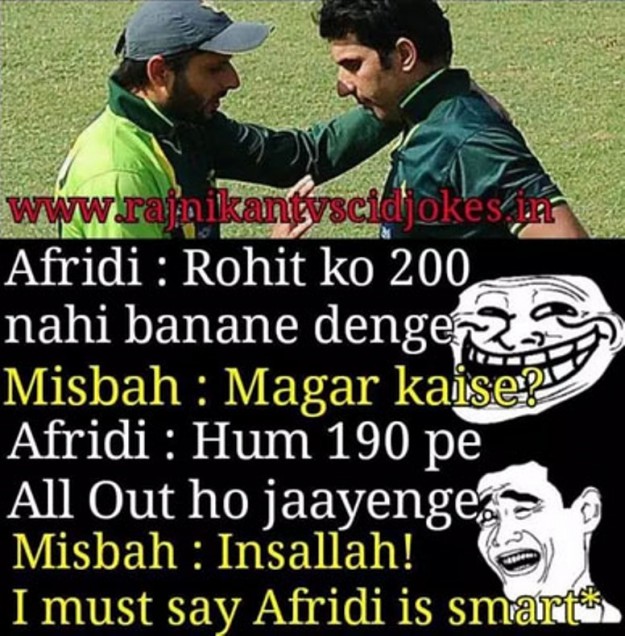 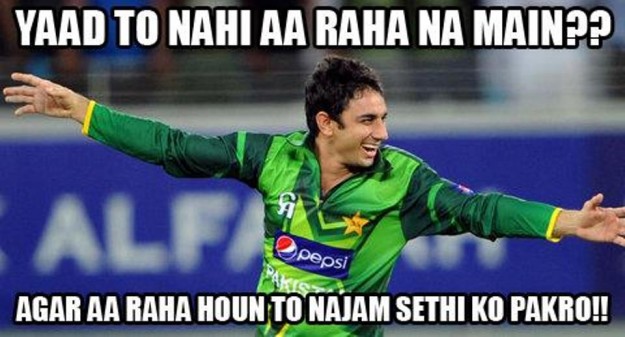 3. This realistic response to defeat 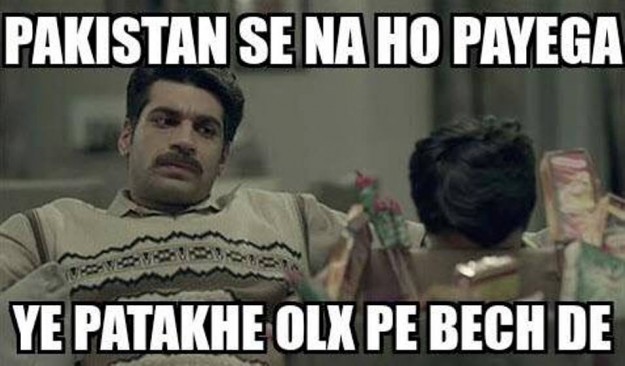 4. This take on Umar Akmal dropping a catch 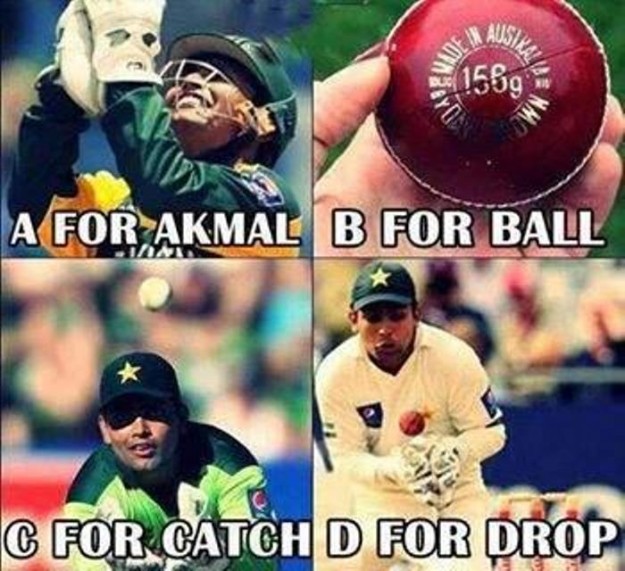 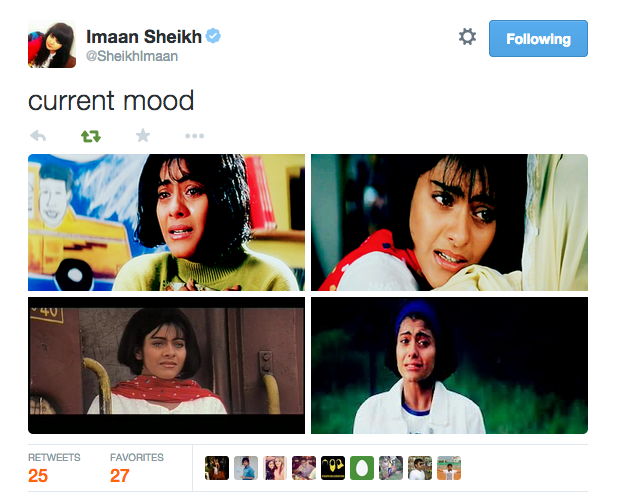 6. And finally, this image that proves that no matter whether you win or lose, you have your mean girls (umm boys) right by your side. 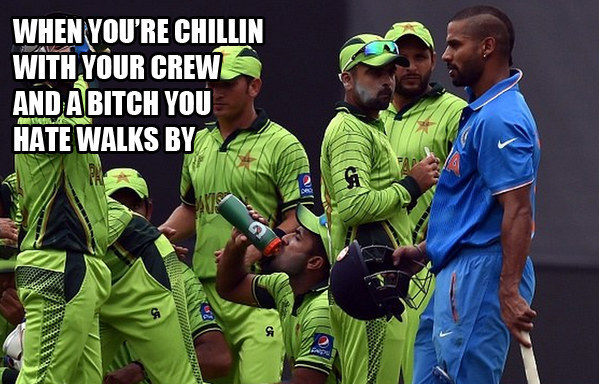 Of course, the real fun was had by the Indian fans. 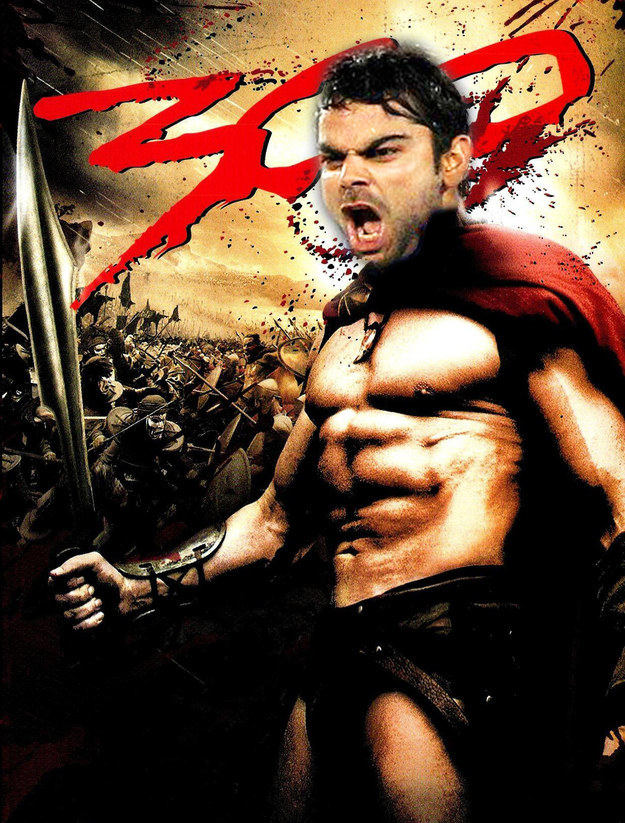 2. This celebration of Kohli Time 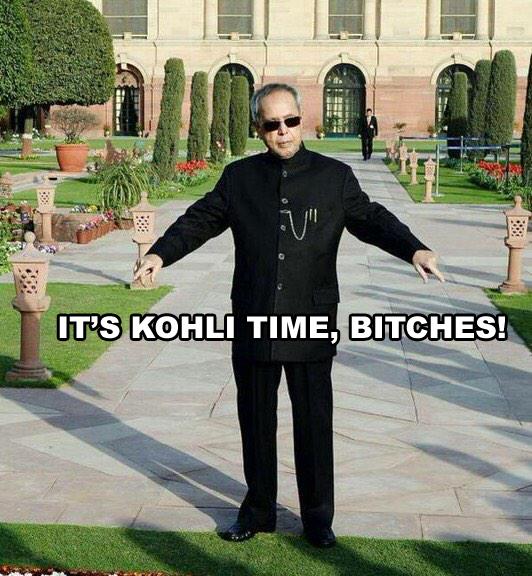 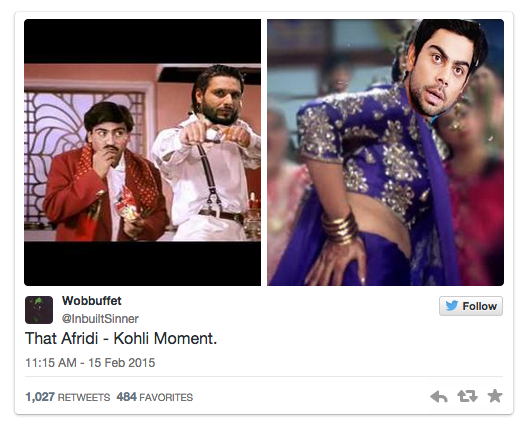 4. This take on cricket diplomacy 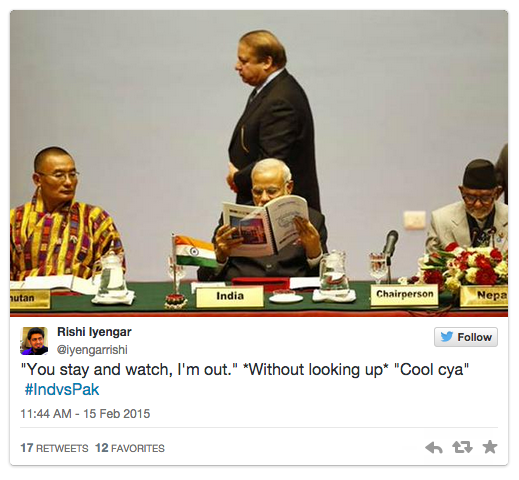 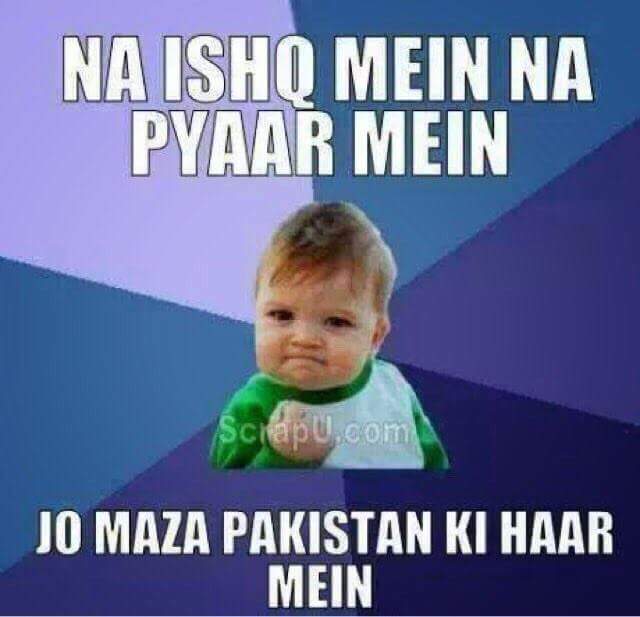