NEW DELHI: Two rights groups have alleged that Tamils, an ethnic minority in Sri Lanka who had waged a civil war in the country, continue to face torture. The allegations have come a year after President Maithripala Sirisena came to power promising reform.

The two groups are the South Africa based group The International Truth and Justice Project (ITJP) and the UK-based group Freedom From Torture. They interviewed victims who were arbitrarily detained, tortured or gang raped by security forces. The Sri Lankan government is yet to respond to the allegations made by the two groups.

ITJP said its conclusions were based on interviews with 15 men and 5 women, most of whom were former Tamil Tiger fighters or child recruits. All 20 people interviewed said that they had suffered extreme violence, in some cases gang rape, at the hands of the Sri Lankan security forces in the last one year.

The report, titled ‘Silenced: Survivors Of Torture And Sexual Violence In 2015’ tells the story of the victims. “I was bleeding. I did not tell my wife that I was raped only that I was detained and beaten. These are not things you can say to your wife. You do not talk about these things in my culture and she would be worried and upset. I have been suffering from mental health problems as a result of the torture I experienced in detention in Sri Lanka and from the sorrow of being separated from my wife and children and my homeland and way of life. I have a constant sense of despair and loss. I have a poor appetite, lack of sleep, headaches and pain over all my body. I am currently taking paracetamol pain killers. I have not seen a doctor yet,” says a man identified as Witness No. 158. 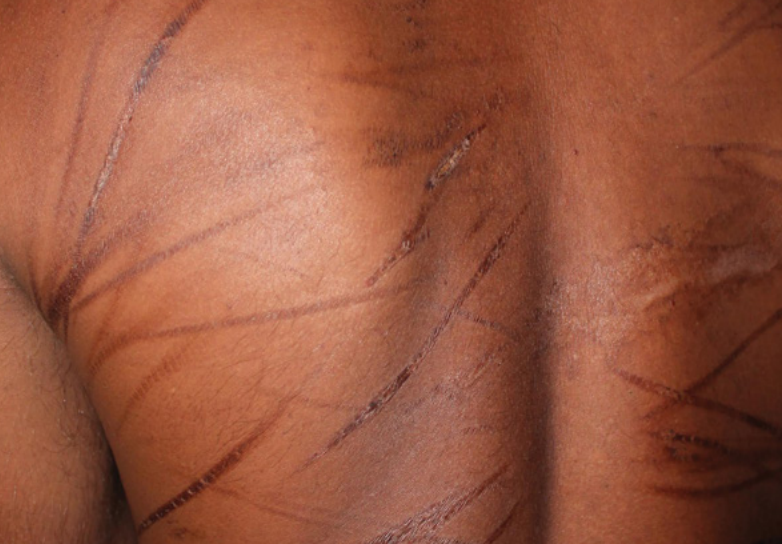 (Torture marks on a man’s back. Credit ITJPSL).

The report states: The Sirisena government in Sri Lanka was elected one year ago, on 8 January 2015, on a promise of change. In September 2015 at the Human Rights Council in Geneva the Government of Sri Lanka sketched out a plan to deliver post-war accountability: namely a national consultation with victims, a Truth Commission, a Special Court, an Office of Missing Persons and a reparations body. On paper the plan looks impressive but the reality on the ground in the former conflict areas tells a very different story. Human rights violations by the security forces continue with impunity and a predatory climate against Tamils prevails. Tamils with tenuous links to the LTTE or low-level cadres continue to be targeted, along with their families. Victims and witnesses rightfully fear that coming forward will endanger their lives and those of their families. In this environment of continued abductions and reprisals, it is hard to imagine how witnesses will testify to a Truth Commission, let alone implicate members of the security forces in a Sri Lankan court.

Sri Lanka’s Foreign Minister, Mangala Samaraweera, promised the Human Rights Council in September 2015 that clear instructions would be given to all security forces regarding a zero tolerance for sexual violence. These instructions have not been publicly issued. Instead, one year after the change of government in Sri Lanka the security forces continue to detain, torture and sexually violate Tamils in a network of sites across the island. ITJP’s experienced war crime investigators have taken sworn statements from post-election survivors of torture and sexual violence that continues to occur in a network of known army camps and police stations as well as in secret sites not only in the north but also across the island. Some torture sites appear to be inside or adjacent to army camps. In other cases the perpetrators go to considerable lengths to hide the locations from the victims and their families, all the while not being concerned that their own identities are revealed to the victims or their families.

The report quotes the stories of such victims. “Assuming that I would not have any further trouble at the hands of the Sri Lankan authorities under the new government, I decided to move back to my home village and live with my family. I went home in mid 2015. My decision to return home was a happy one to make. I was joyful to live with my family again. As it turned out, it was the worst decision of my life - one that will impact me forever,” says Witness No. 159.

Freedom From Torture said that it continues to receive "a high volume of referrals" for people allegedly tortured in Sri Lanka, with a large number of such complaints coming from the time period corresponding to President Sirisena’s rule.

“A culture of torture prevails at all levels in Sri Lanka. During the 30 years of conflict, successive governments used torture as a weapon of fear and destruction. Since the war ended, torture has been practised openly so that people are aware of it and scared to act outside the set agenda,” the Freedom From Torture report notes, adding, “This culture is deep-rooted and used as a means to push minority groups into submission.” 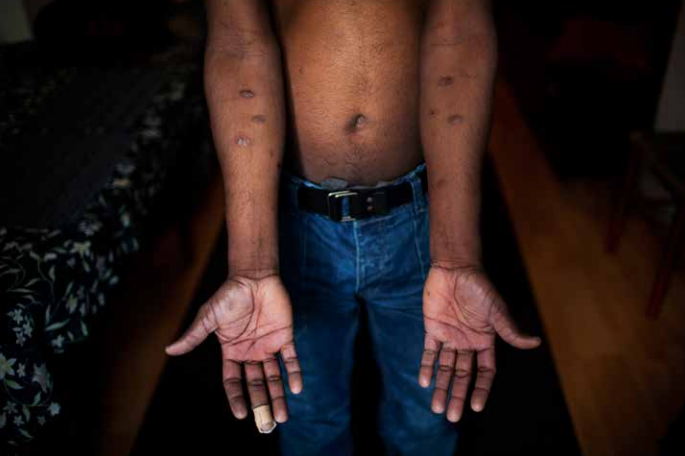 (A Tamil, who is a survivor of torture at the hands of Sri Lankan security forces, displays scarring from cigarette burns on his chest and arms (Photo: Will Baxter)).

The Freedom From Torture report is based on 148 Sri Lankan torture cases forensically documented by expert doctors in line with the UN Manual on the Effective Investigation and Documentation of Torture and Other Cruel, Inhuman or Degrading Treatment or Punishment (known as the ‘Istanbul Protocol’).

The key findings of the report are as follows:

1. The Sri Lankan military, police and intelligence services have continued to practise torture – including rape and other forms of sexual torture and extensive burning – in the years of ‘peace’ since the end of the armed conflict;

2. There is a network of torture facilities across Sri Lanka including unofficial detention centres;

3. Those at particular ongoing risk of torture include Tamils with a real or perceived association with the Liberation Tigers of Tamil Eelam (LTTE) at any level and whether current or historic;

4. The Sri Lankan authorities take a strong interest in the activities of the Tamil diaspora in the UK and many returning to Sri Lanka with a real or perceived past connection to the LTTE, at whatever level and whether directly and/or through a family member or acquaintance, have been tortured and interrogated about their activities and contacts in the UK;

5. Perpetrators appear to commit torture without fear of consequences as suggested by the lack of due process reported and heavy scarring left on the bodies of victims; and

6 Torture has had a devastating impact on the survivors whose cases feature in this study: evidence of significant psychological impact was found in all 148 cases, including a high proportion of survivors suffering ongoing symptoms of PTSD (post-traumatic stress disorder) and depression.

The reports can be read here: