NEW DELHI: Pakistan has offered to host the first round of direct talks between the Afghan government and the Taliban, expected to take place in the first week of March. The offer was made at the fourth meeting of the Quadrilateral Coordination Group (QCG) of Afghanistan, Pakistan, the United States and China on the Afghan Peace and Reconciliation Process held in Kabul.

The QCG itself is the result of Pakistan and Afghanistan mending ties, taken during Pakistani Chief of Army Staff Gen Raheel Sharif’s visit to Kabul in December last year.

The news comes as the Taliban steps up violence, seeing some of its biggest gains in the last few months including the fall of the city of Kunduz, Sangin district, Lashkar Gah, Gurian district and Warduj district. Last week, the UN said that civilian casualties in Afghanistan touched a record high in 2015, showing a consistent upward trend since the was started in 2001. Further, according to a recent UNAMA report, women and children show the sharpest rise in casualties. 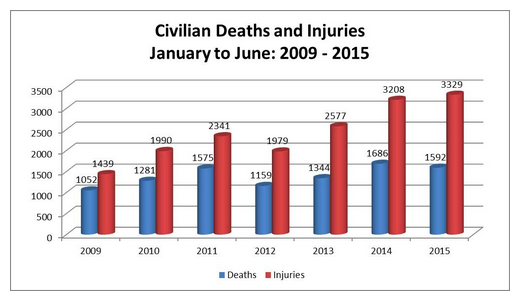 In fact, a sharp rise in violence and casualties was seen right after the confirmation of the death of Taliban leader Mullah Omar last year. Omar’s death dealt a blow to to the peace process, removed a unifying figure and led to factionalism within the group. Militants who were opposed to a peace dialogue with the Afghan government reneged on their pledge to new leader Mullah Akhtar Mohammad Mansour, who is seen as close to Pakistan. The BBC, in fact, quoted a Taliban spokesperson saying that newly appointed leader Mullah Akhtar Mohammad Mansour had not been appointed "by all Taliban", going against Sharia law. A breakaway faction appointed another leader -- Mullah Mohammed Rasool -- and vowed to push on with their fight against the Afghan state.

Although the dialogue process seems to be back on, problems remain. For one, Mansour’s position on the talks remains unclear. In July, when Pakistan pressured the Taliban leadership to sit down for talks, Mansour disappeared, with his phones turned off. Even more importantly, although Mansour is the Taliban’s appointed leader, the extent of his command and mandate is a big question mark. Is Mansour going to be able to impose his will on the entire Taliban, especially as large numbers of militants have denounced his leadership? Unlikely.

Given the above, the optimism regarding the talks needs to be served along with a side dish of caution.