What Has Happened to Me

The testimony of an Uighur woman from China

This manga or comic created by artist Tomomi Shimizu from Tokyo represents the testimony of Mihrigur Tursun, 29, an Uyghur Muslim woman who was detained in a concentration camp in China. Multiple reports indicate that the Chinese government under Xi Jinping has incarcerated over a million Uighurs in such camps. You can watch Tursun’s testimony at the US Congress here. 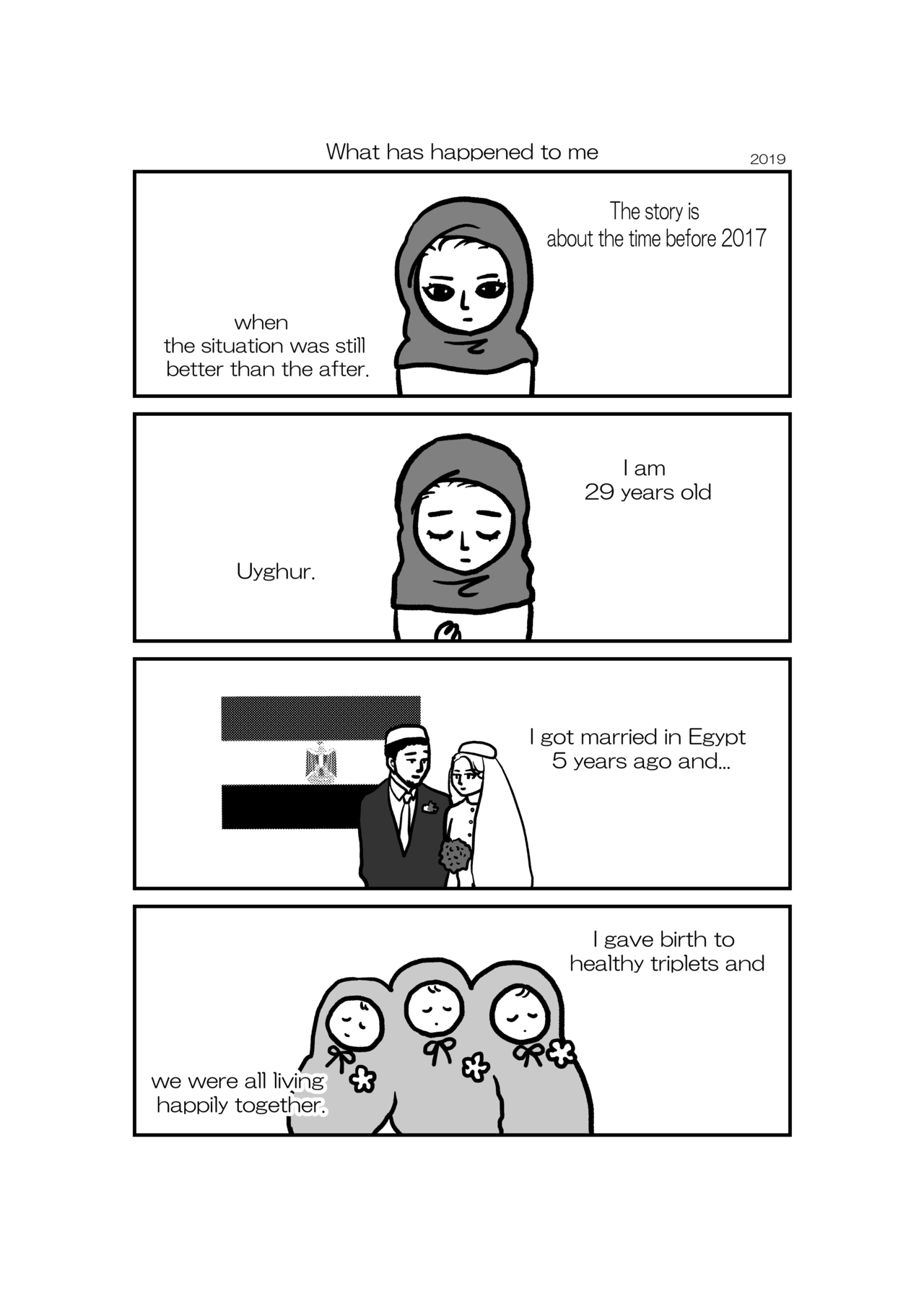 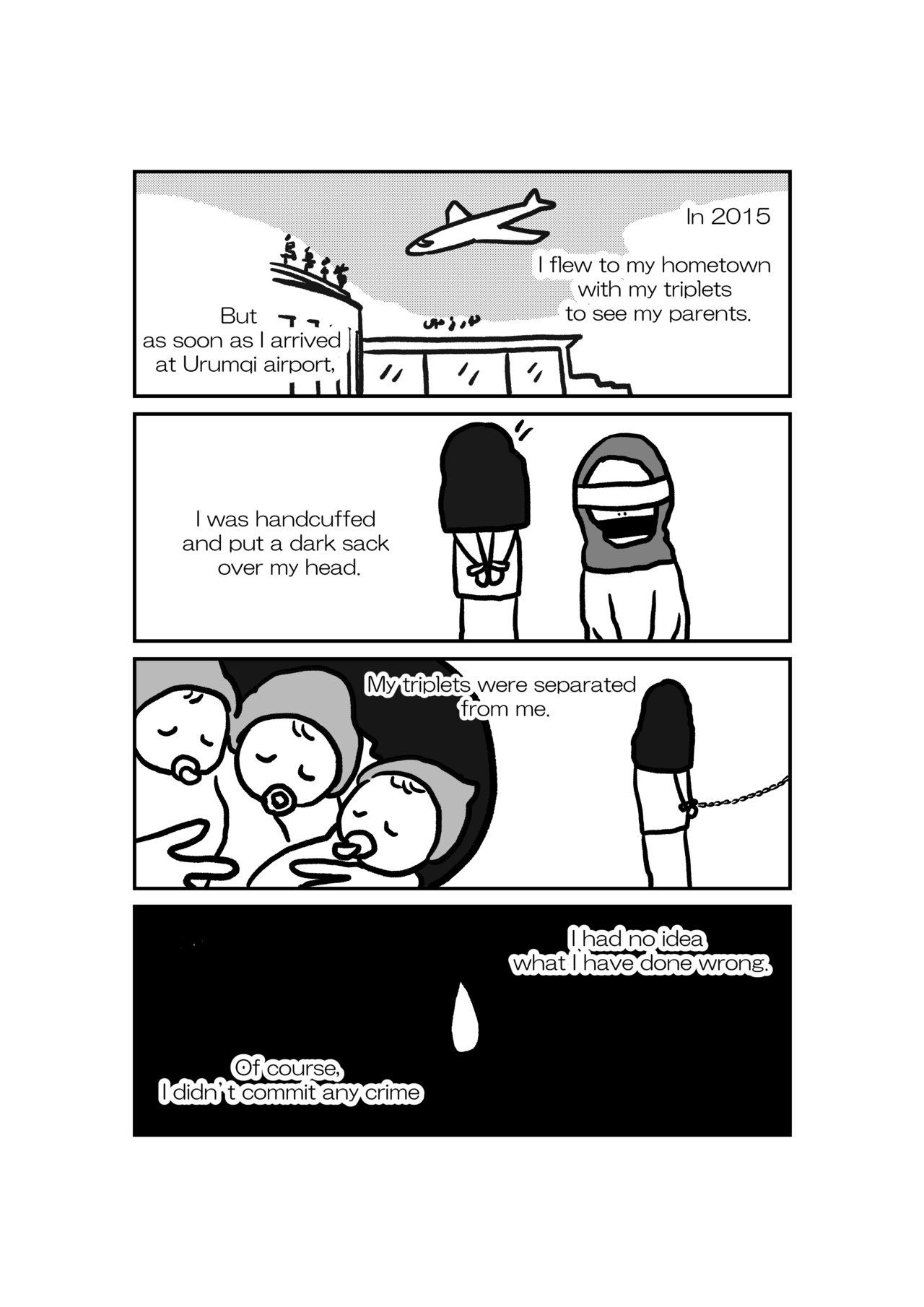 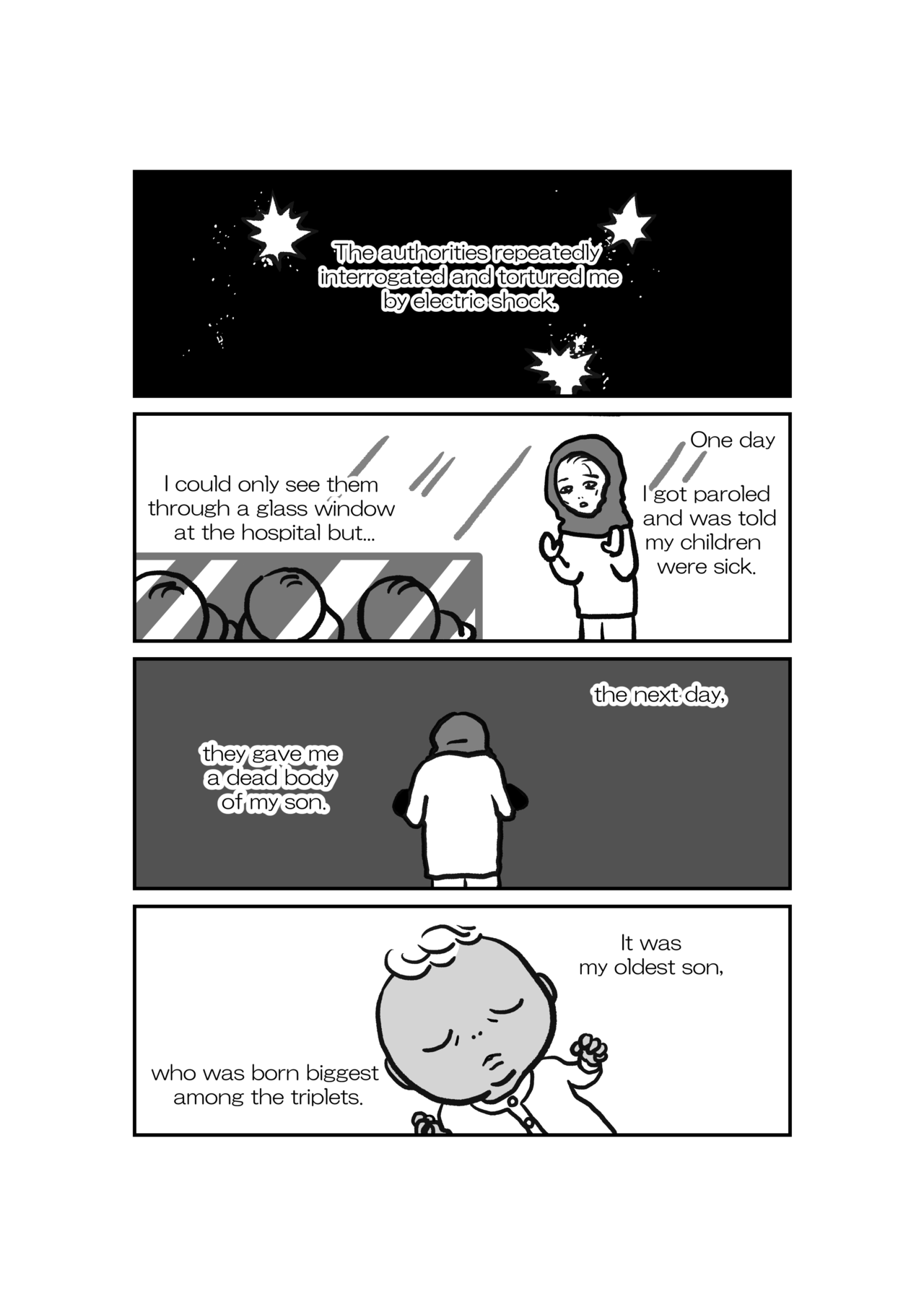 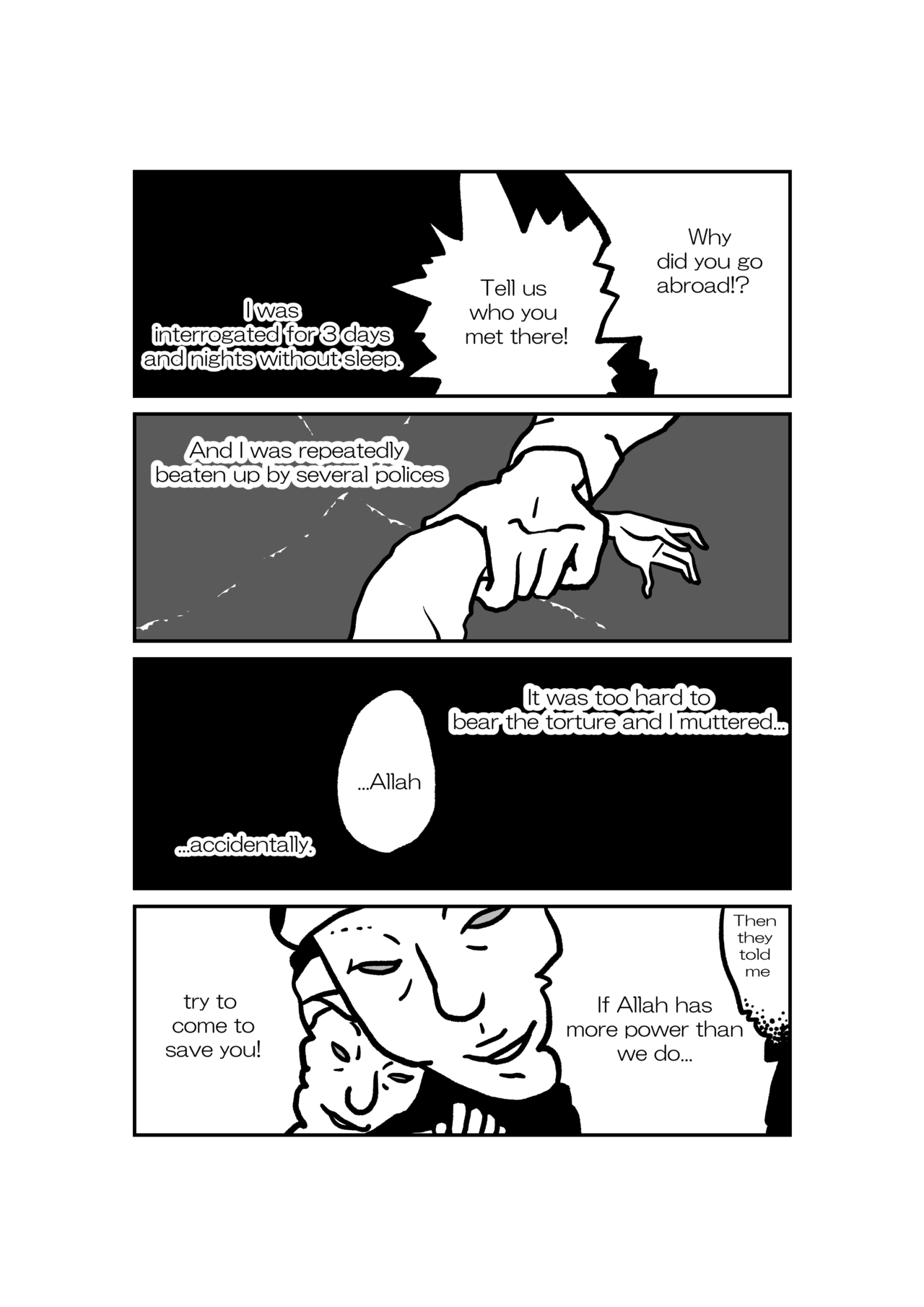 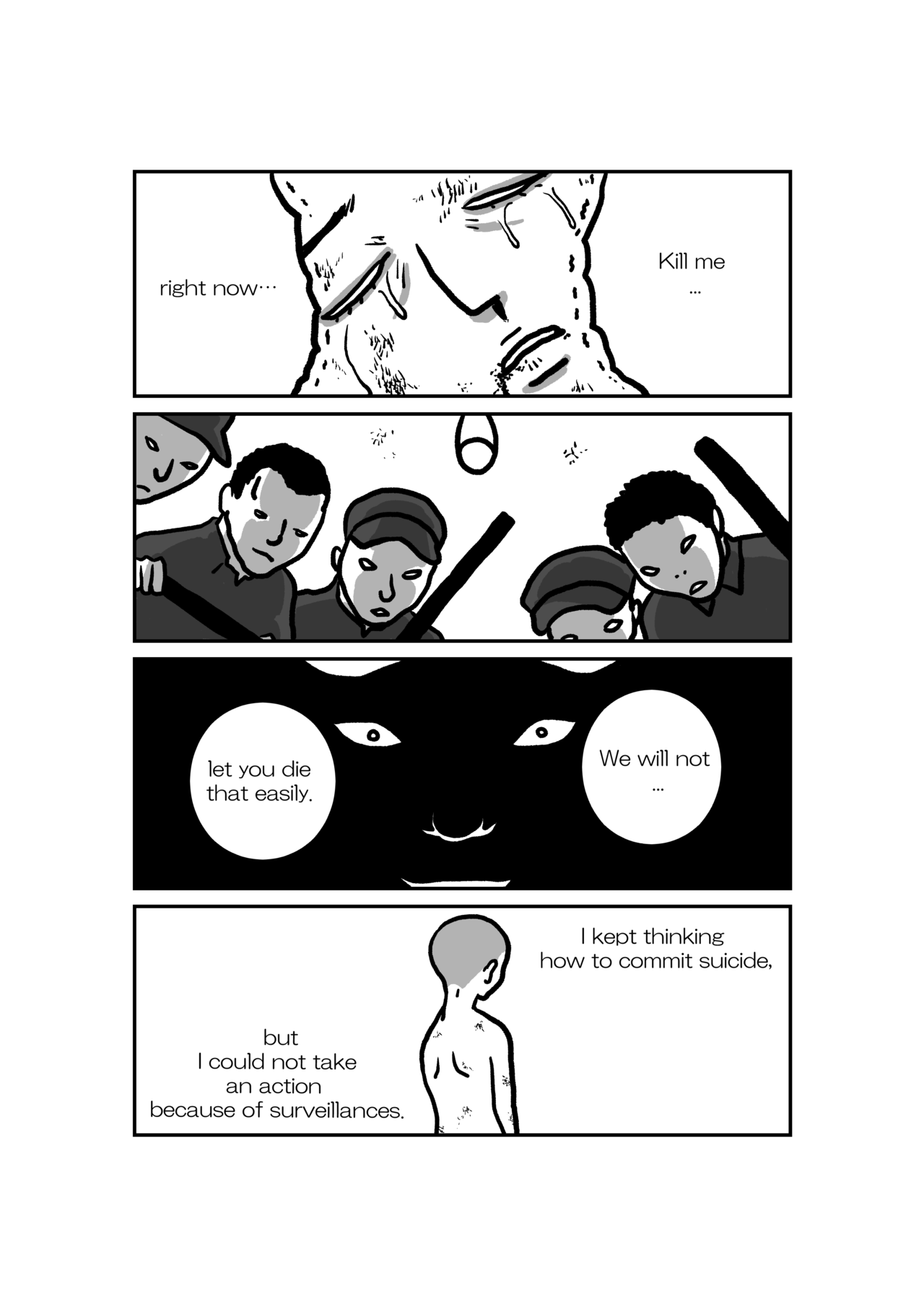 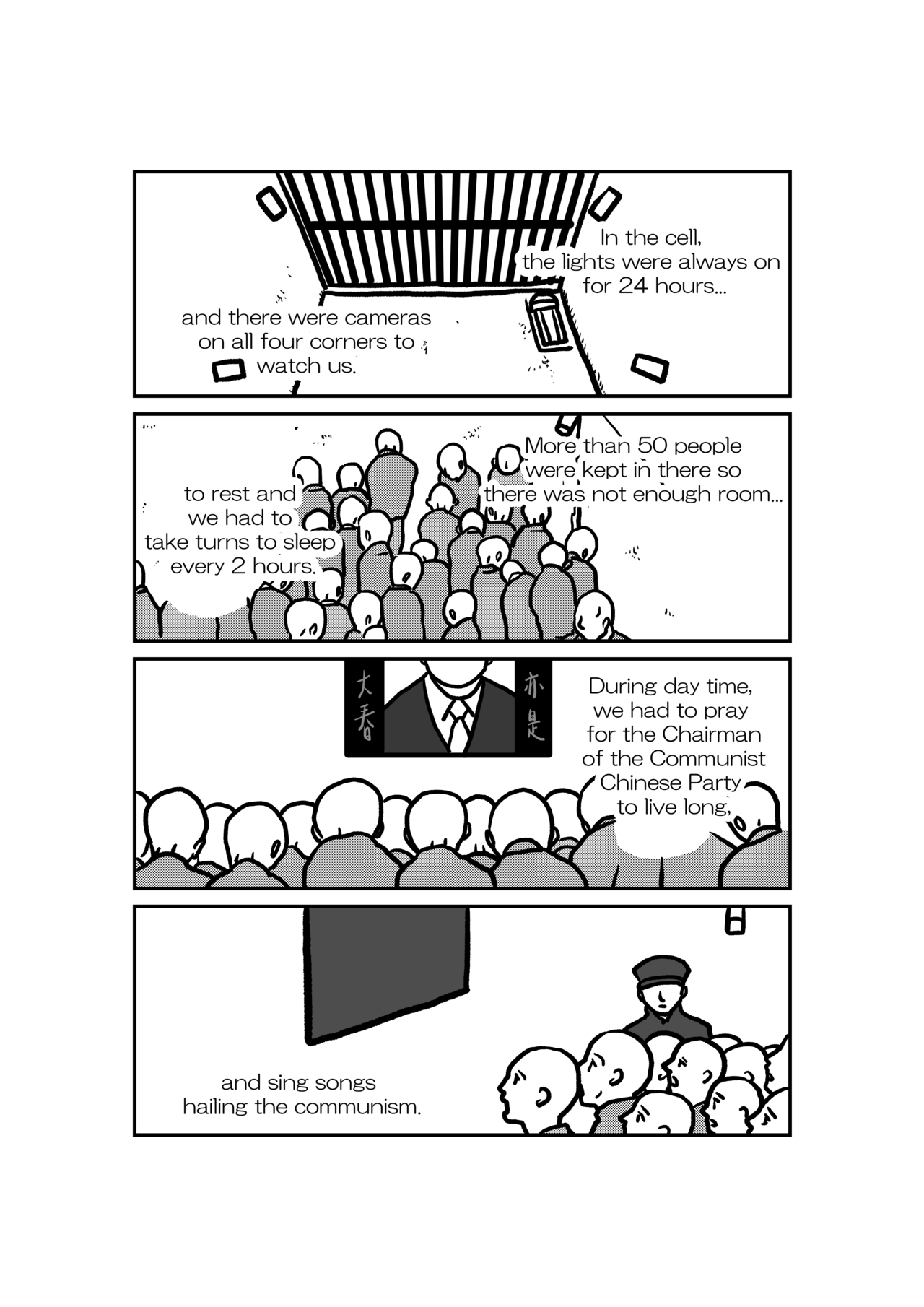 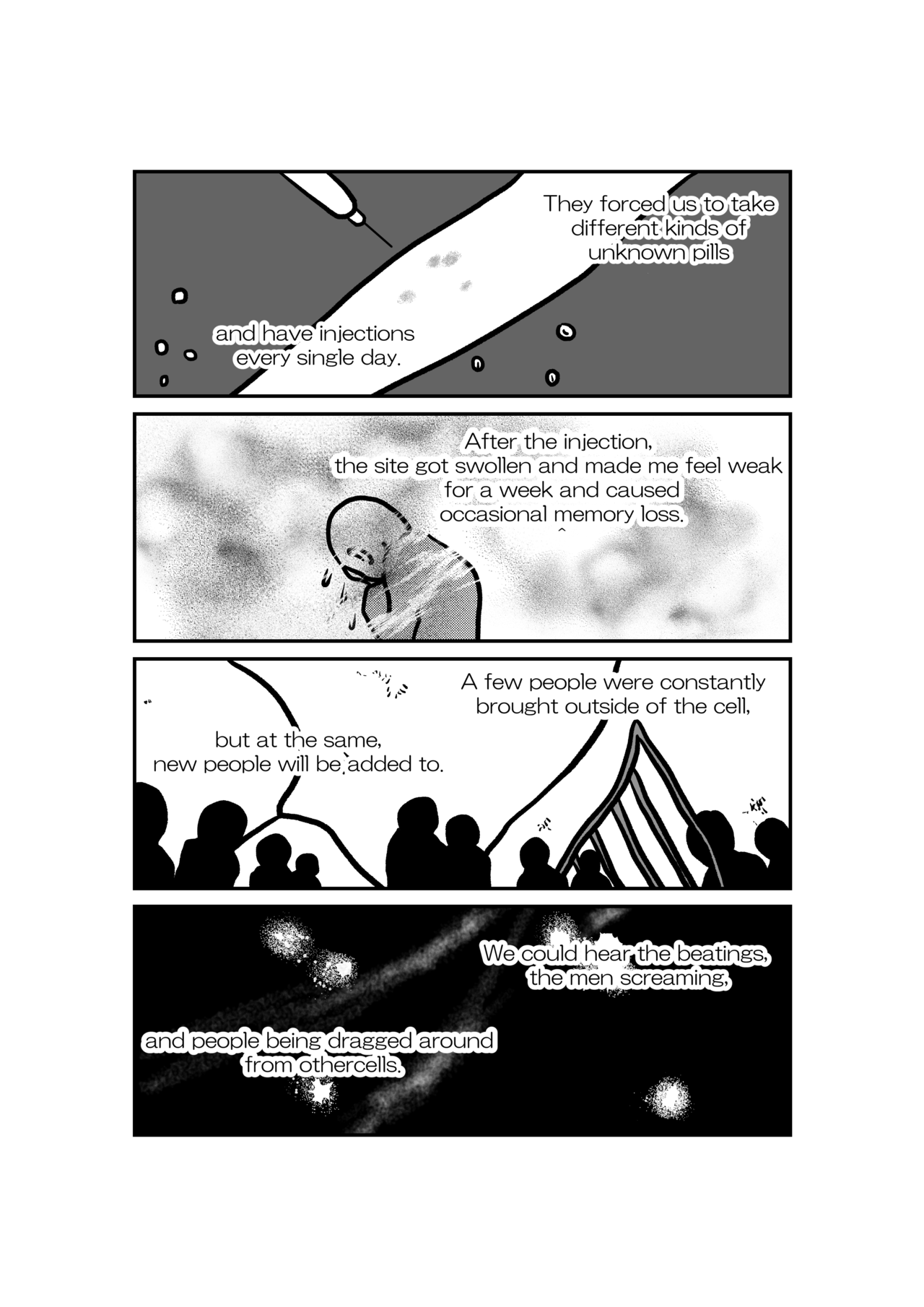 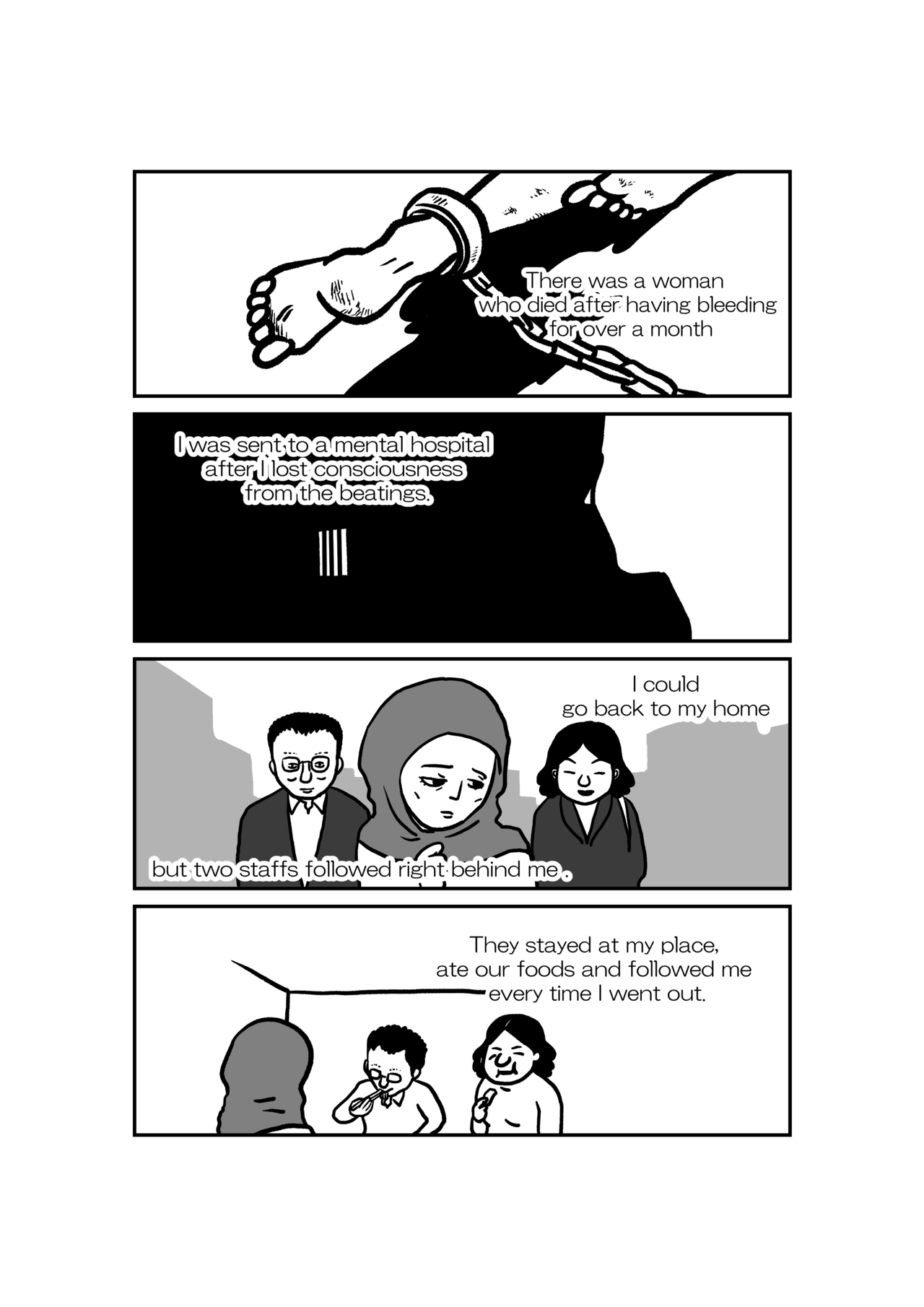 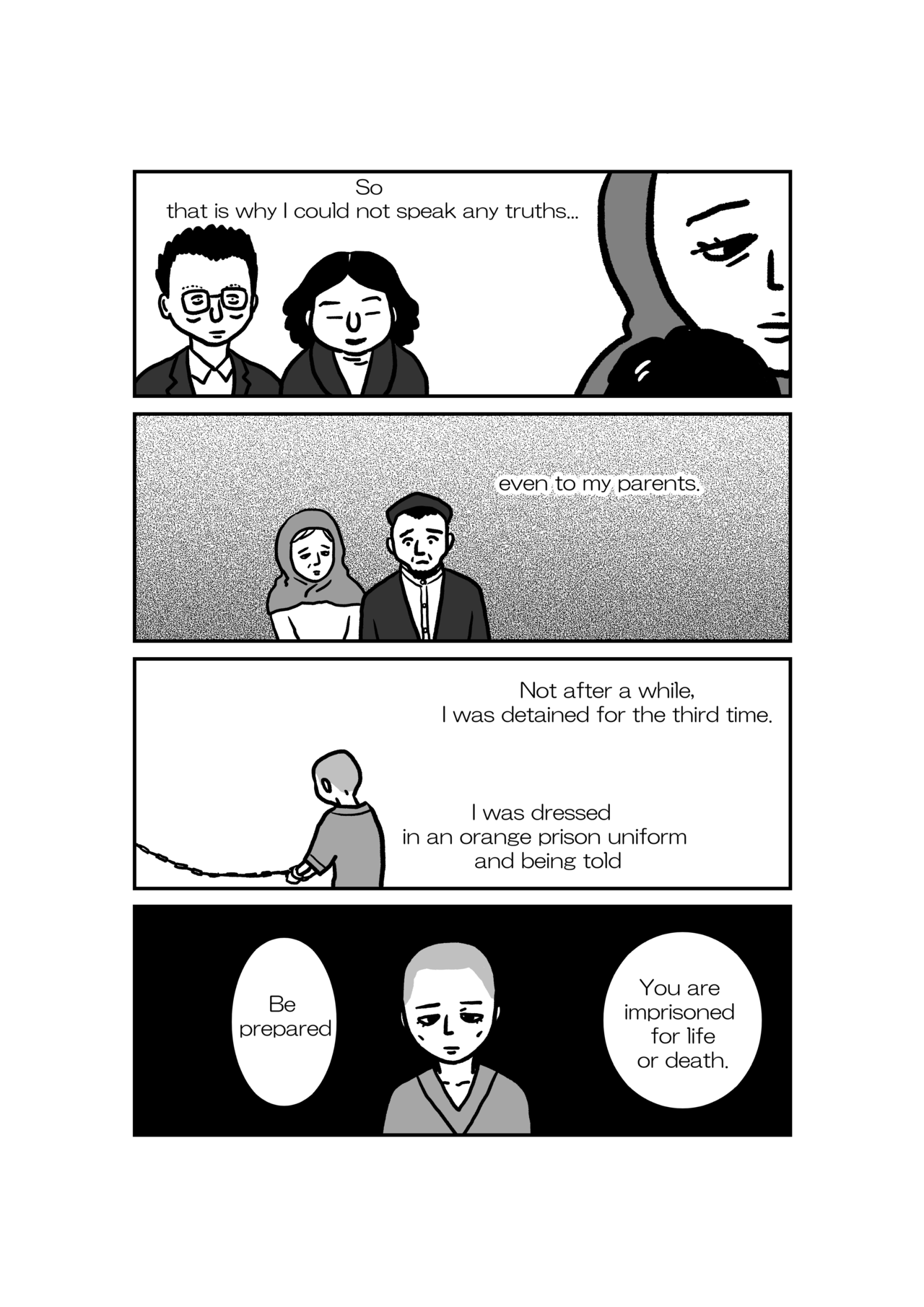 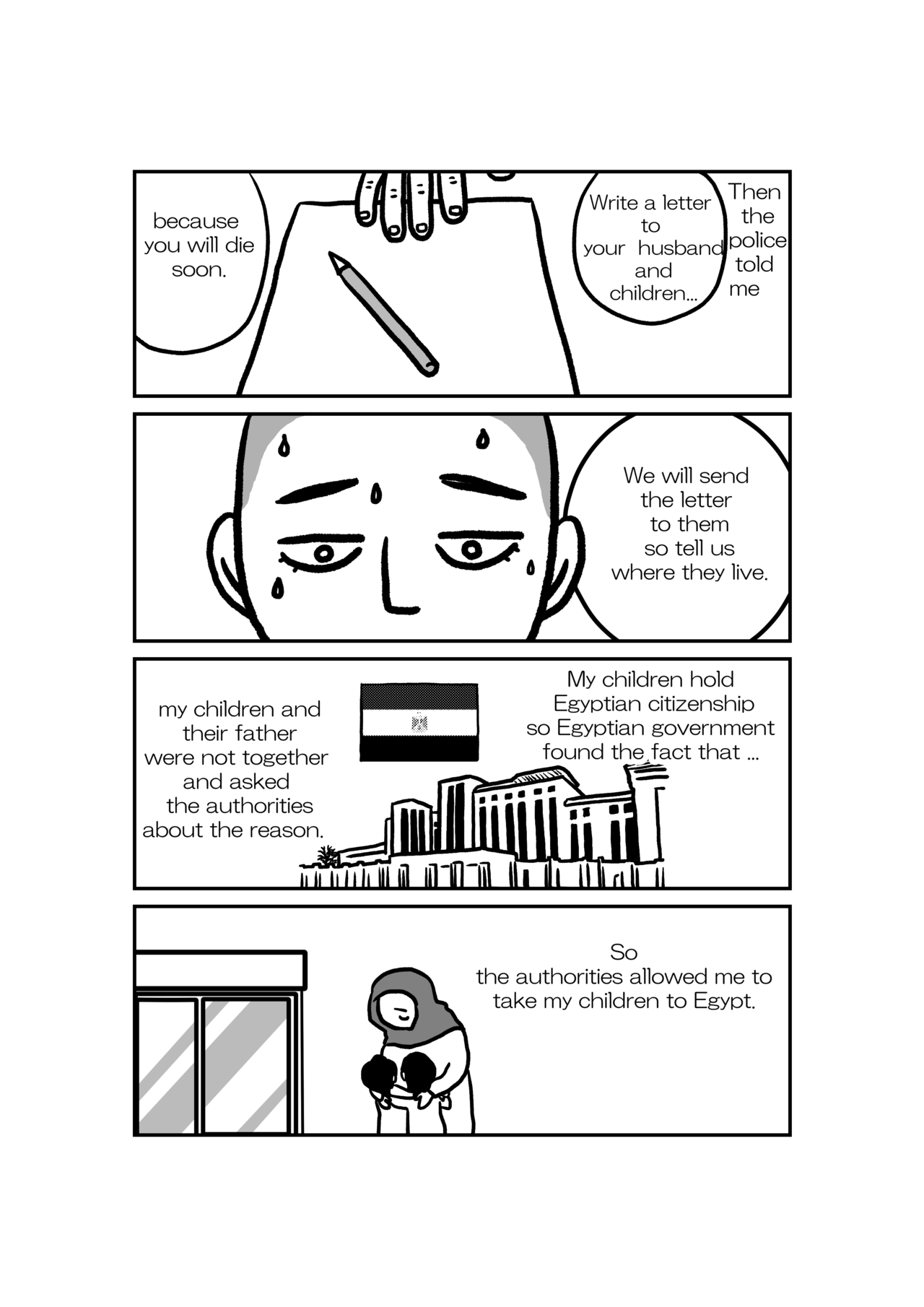 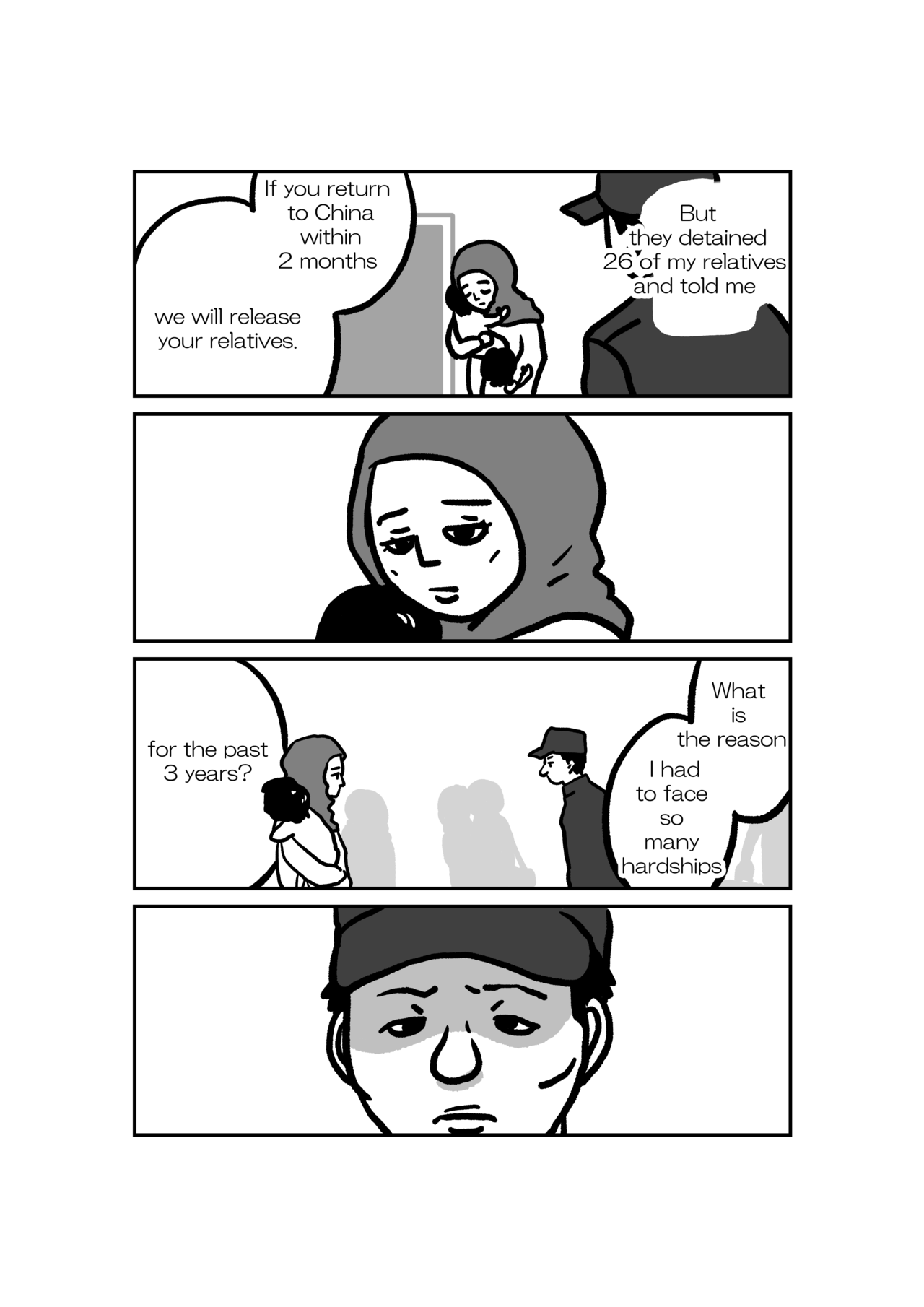 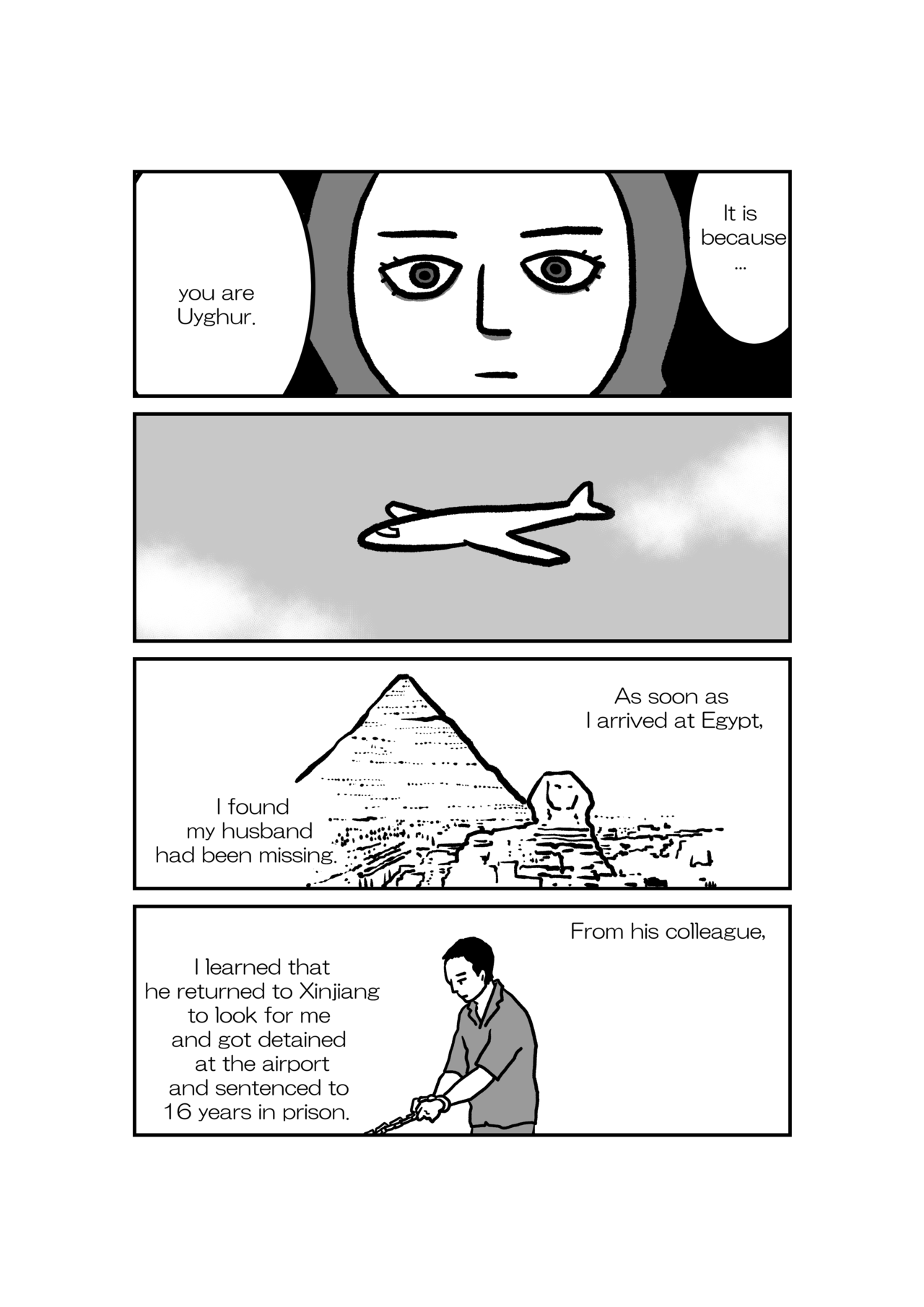 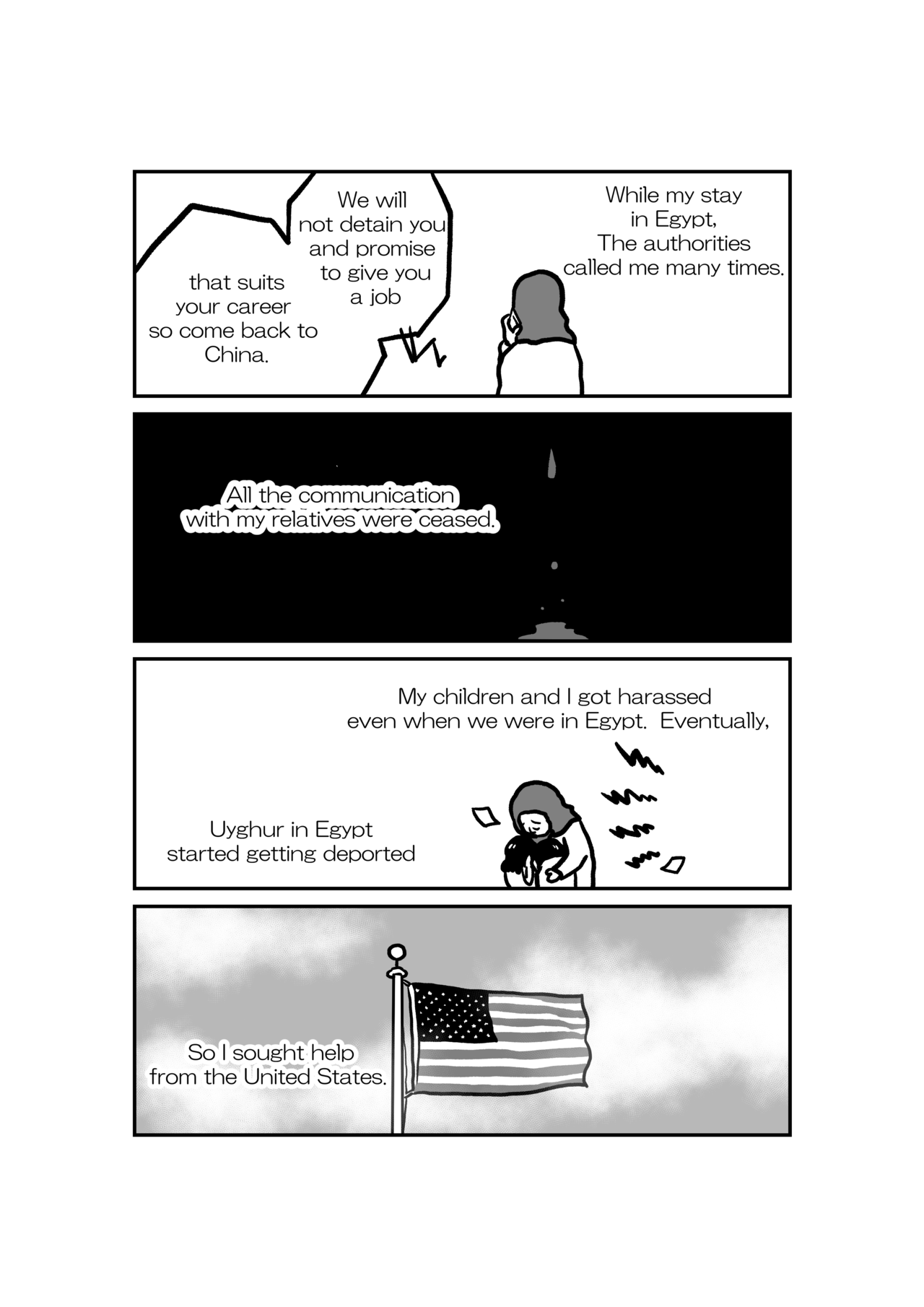 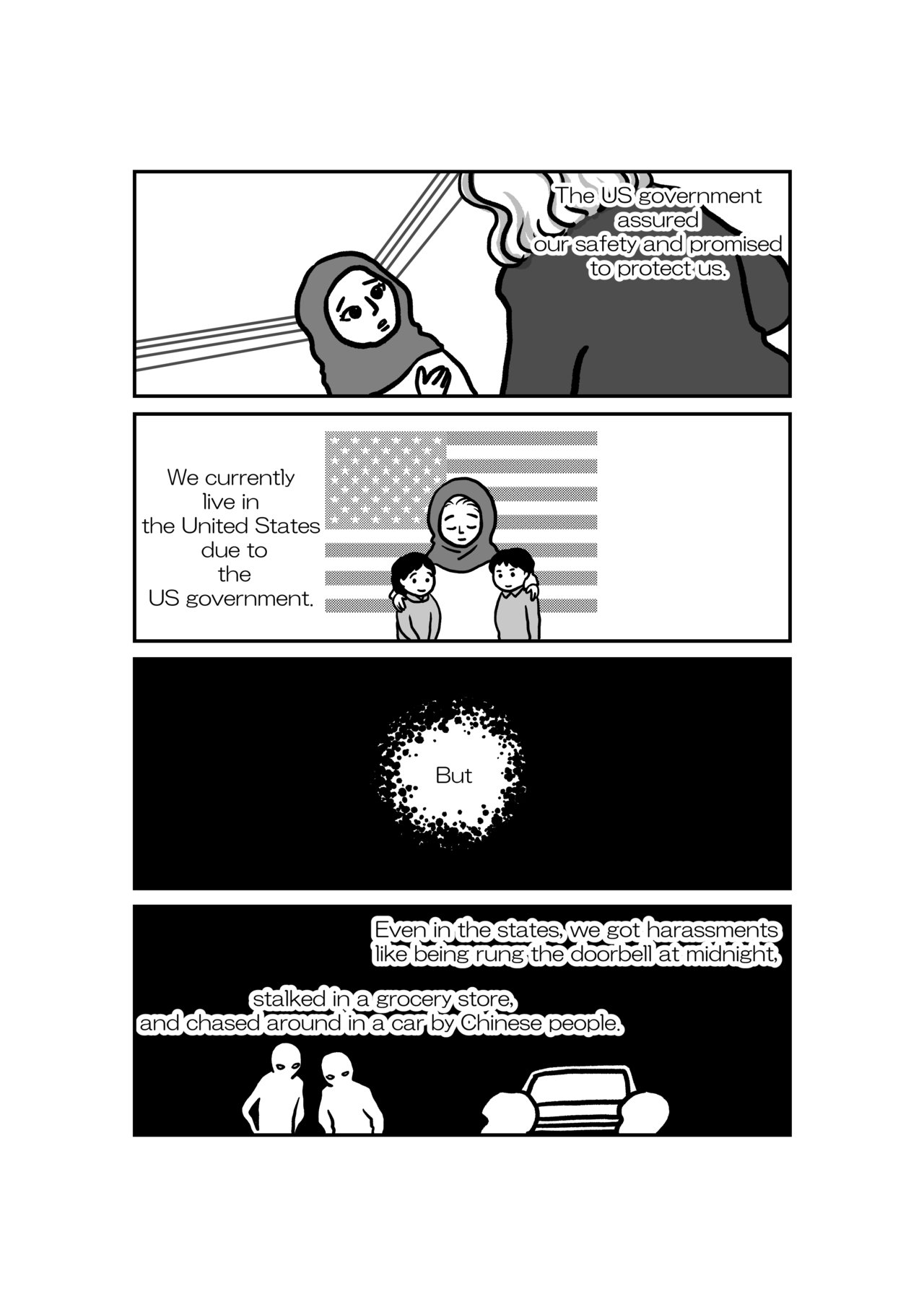 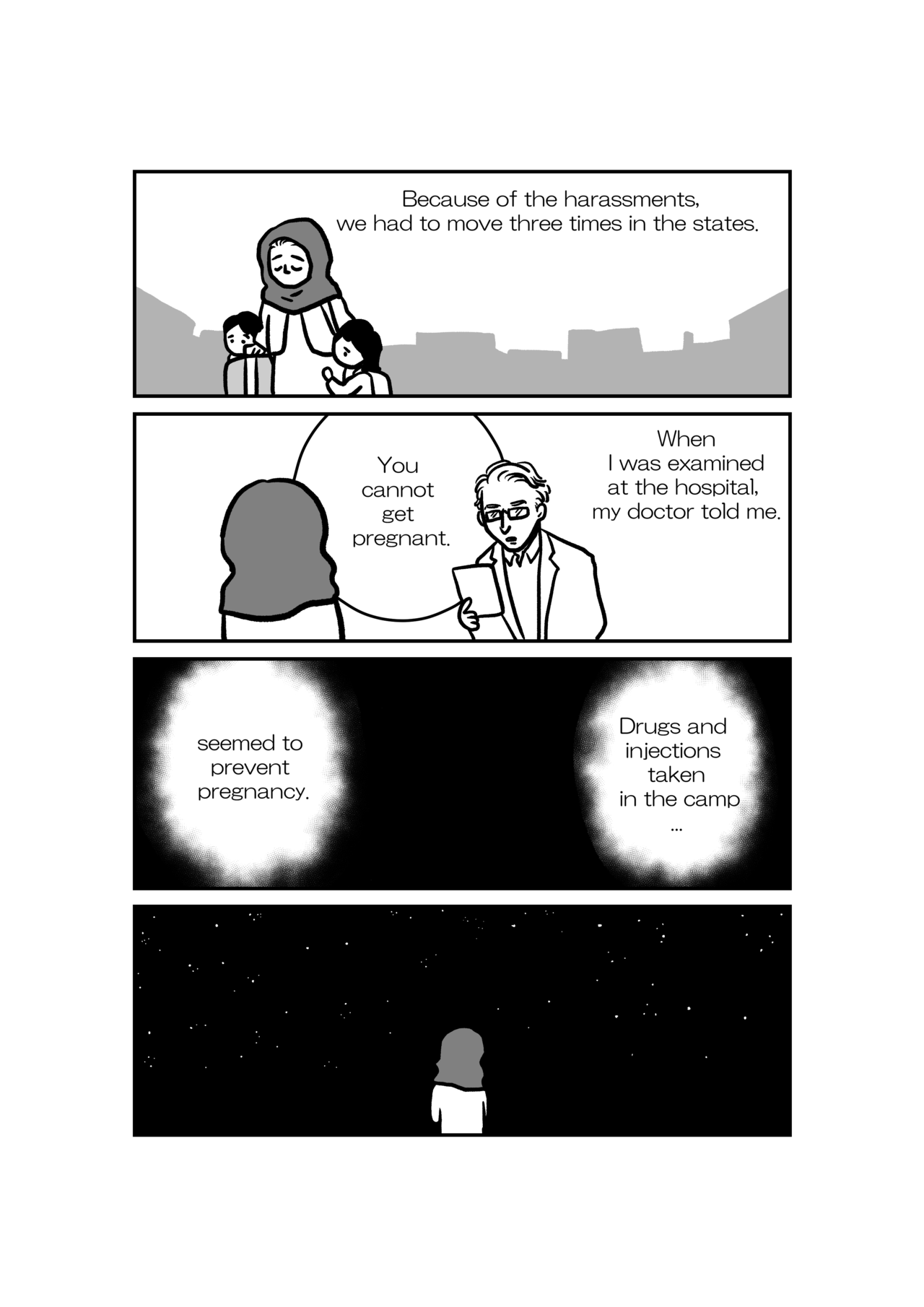 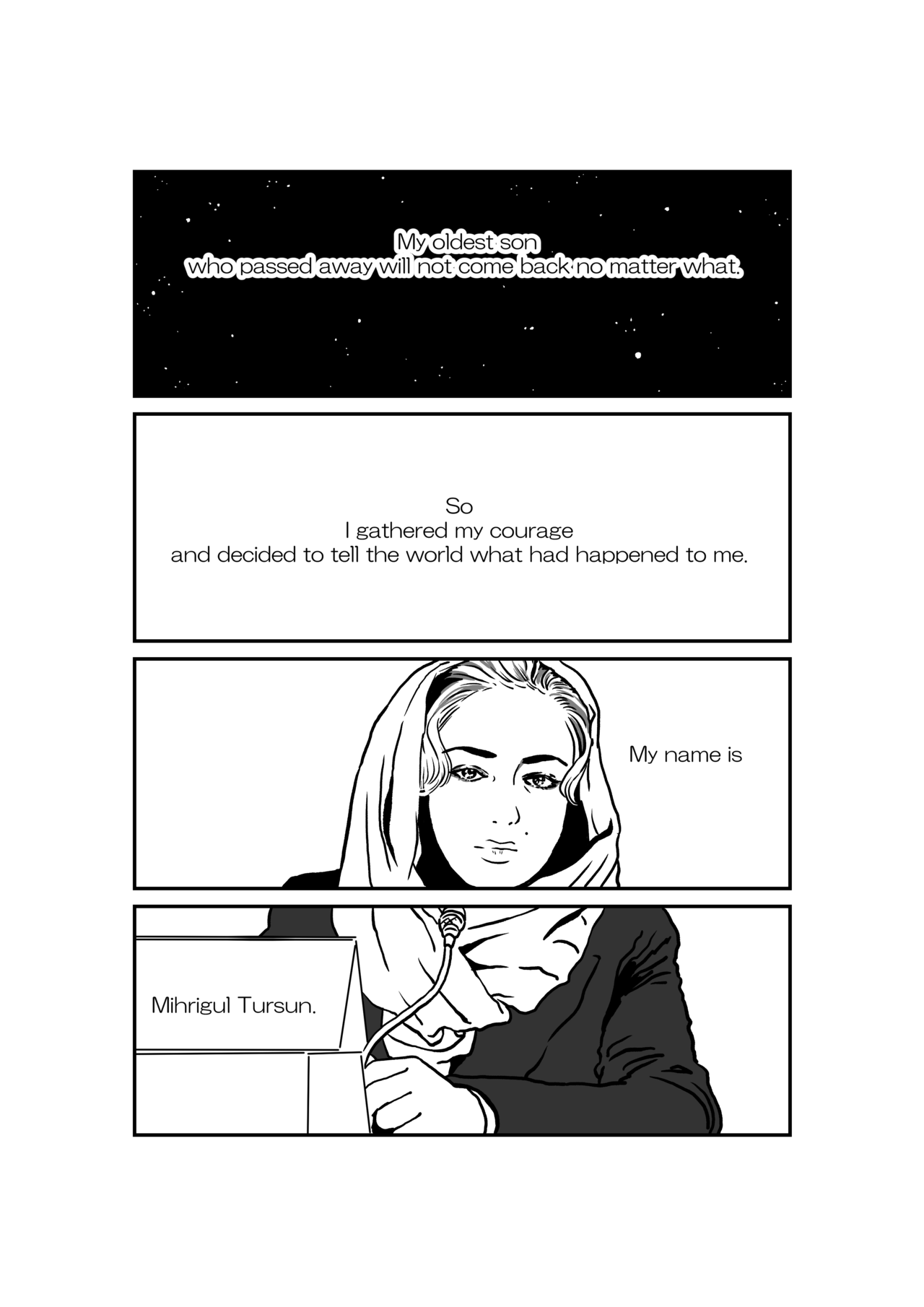 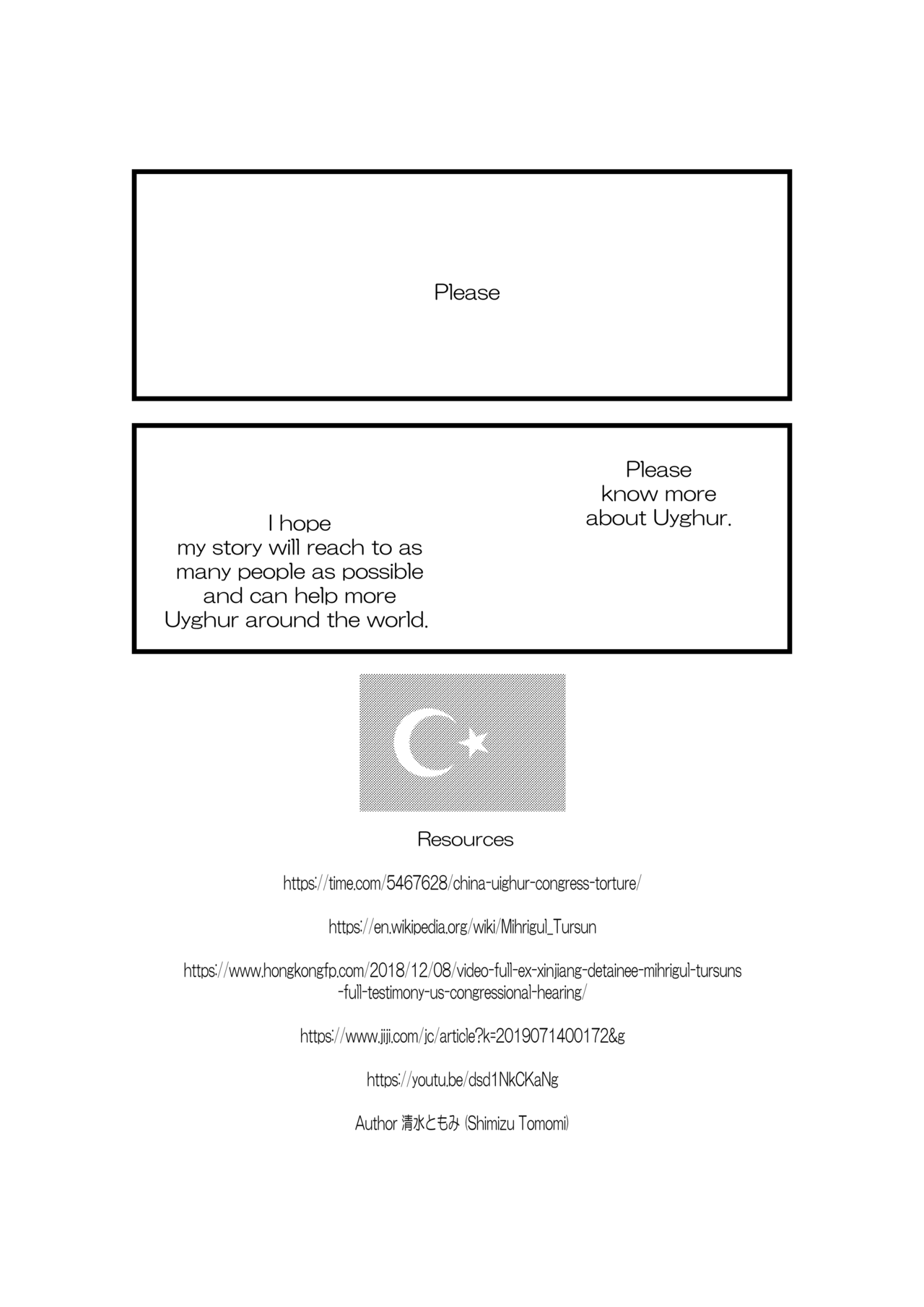