Viruses may help or harm despots

It’s too early to say what the shape of the planetary social-political order will be after the avenging angel COVID19 bids goodbye to humanity, but epidemic outbreaks have always changed the course of history at various junctures.

Over the centuries, whenever epidemics descended as a curse the human world was never the same again be it in China, India or the European subcontinent.

What arrests our attention is the fact that the scenes of panic they offered differ little from the present attack.

Take Nei Ching, the world’s oldest known book on clinical matters relating to viruses. The book documents happenings in China when malaria hit in 2700 BCE, discussing malaria-like symptoms and treatment of these fevers.

Surprising though it may seem, in rural India and many other parts of the world ordinary people still use lime as a rudimentary disinfectant to cleanse the place where the dead are cremated. Many crematoriums in India are cleansed using lime even today.

When the ‘Plague of Cyprian’ hit Egypt and the Roman Empire in the third century CE the people also used lime as a disinfectant. Archaeological excavations in Egypt show that a thick cover of lime was used around the burial sites of casualties of the plague.

This plague changed the course history in Africa, Asia and Europe, with the Romans dying not at the hands of human beings opposing them but of the plague, bundled up within the core of the Roman empire, marking its end.

On comparing the scenario that existed just four months ago with that today, you find that with a single stroke, almost all anti-government demonstrations, political rivalries, economic rivalries and diplomatic exchanges of heat have come to a grinding halt.

The reason? An invisible virus that has cast a visible change on our worldview, that too very suddenly. This is a reiteration of the inexorable tides of history. It is happening and will happen again.

Engraving of Marseille, France during the plague of 1720

Take the Peloponnesian War in Greece in 30 BC. It resulted in the victory of Sparta over Athens. The culprit was typhoid.

In the case of the Black Death, as the bubonic plague epidemic in Europe around 1350 is known, we find a weakening of the feudal system in England. The epidemic also saw a truce between perennially warring England and France.

Dance of death: a cartoon in the Nuremberg Chronicle by Hartmann Schedel (1440–1614)

In the past, epidemics also deterred expansionist societies-polities from expanding. Take the Vikings as an example. The Black Death resulted in the deaths of nearly half of all Europeans, and the mighty Vikings found it utterly impossible to move to North America. They halted their expansion programme.

Had the plague not broken, the Vikings may have colonised North America defeating the Amerindian societies. American history would have been completely different from what it is today had the Vikings set foot there.

Similarly, the most devastating effect of smallpox was the collapse of the great Aztec Empire in 1520, which let the invading Spanish army take total control of almost the whole of what we call South America today.

Just imagine, smallpox some 500 years ago changed the language, religion, culture and the very course of political history of the Incas and Mayans in Latin America.

It also resulted in the plunder of gold from Latin America to Spain, which later prompted British Privateers like Walter Raleigh to attack the Spanish galleons and loot the cargo of yellow metal. And Elizabeth I blessed those pirates. Why not? Did not they bring gold?

In the Britain of 444 AD, the Cyprian Plague had made the nation so helpless that it paved the way for the arrival of Saxons who subsequently took control of the country.

It so happened that when the Cyprian Plague hit Britain, it was fighting against the Picts and the Scots. Utterly helpless, Britain sought military help from the Saxons, who did help it crush the Picts and Scots, but never left!

In many cases viruses helped the despots, and in other cases, harmed them.

They helped the people in the case of the Haitian Revolution.

In December 1801, Napoleon Bonaparte of France sent his troops to crush a revolution of slaves in particular and the other “black” people of Haiti. But the despotic mission failed as the French soldiers, some hundreds of them, died of Yellow Fever.

The Haitians weren’t much affected by the virus as they had grown immune to it over the centuries. Here, a virus helped them. The Haitians gained independence. The Flavivirus which causes yellow fever shattered the dream of Bonaparte! 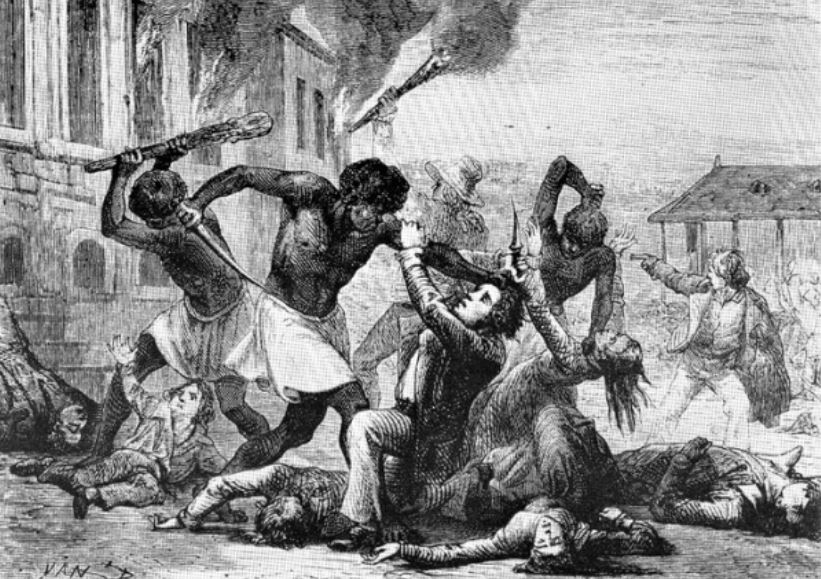 On looking at scenes of how the hapless migrants from eastern India are returning home from Delhi, Gujarat, Maharashtra and other states, we find the same happened in 1918 in almost the whole of the Bengal province. People left their homes to flee elsewhere and leave the epidemic behind.

In the absence of any means of transportation, those migrants are trekking on railway tracks and roads to reach their homes mainly in Uttar Pradesh, Rajasthan and Bihar. Practically nothing has changed over the past 100 years!

When the plague hit again in Surat in 1994, we found thousands including the migrants from eastern India fleeing the Diamond City for safety.

Epidemics like the plague influence the people to revolt against the rulers, as became evident in India during the bubonic plague outbreak that especially hit Pune and Mumbai in 1896. 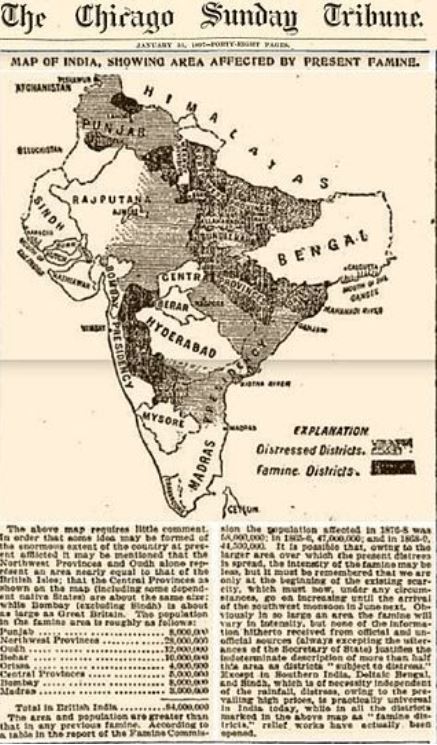 The situation in Pune became so bad that an Indian Civil Service officer named W.C.Rand formed a Special Plague Committee with himself as its chairman.

Rand ordered people to be taken to hospitals or quarantine centres using physical force, including the women who mostly were pardanasheen or ‘veiled’.

For orthodox Hindus and Muslims, it was an outrage.

The result too was an outrage—the murder of Rand! Two brothers, Balkrishna and Vasudeo Chapekar, killed Rand in 1897. This gave birth to yet another armed rebellion against the British in India. It marked a new trend in Indian politics against the British: armed resistance. 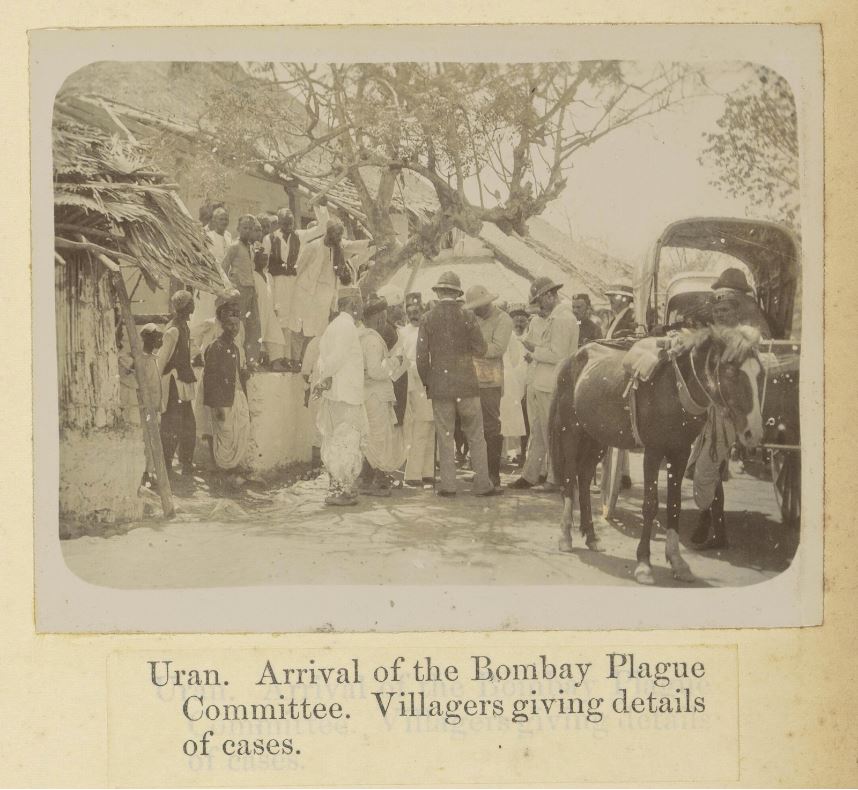 Really, not much seems to have changed so far as epidemics and law and government are concerned. Just see, even the orders invoked to contain COVID19 derive from the 1897 Epidemic Diseases Act.

A hundred and twenty-three years and much water has flown through the nation’s streams, but the law governing epidemics has not changed!

Nitish Kumar -Down in Bihar’s Dumps 18 hours ago

Children Made Invisible -Last We Saw Them They Were Walking Home, Where Are They Now? 18 hours ago

Tunisia - Hiccups in the Polity

US and China Are Now in Open Confrontation Over Sri Lanka