At the end of four years of an aggressive and hate filled gibberish Donald Trump term, president elect Joe Biden seems to be all set to provide a healing touch to his people and the world.

To provide him support in this endeavour he has enlisted the services of several talented, experienced and-like minded Indian origin Americans in the transition team that will support him in this huge challenge.

A common feature of these Indian origin Americans is that almost all of them have a background of social work that keeps them grounded.

Dr. Vivek Murthy heads the COVID task force, and last worked as the 19th Surgeon General of the United States. A public health advocate who likes to link healthcare with affordability for the poor he had launched his first NGO at age 17. Public health influence on Murthy can be traced back to his childhood, not long after he and his family arrived in America.

Vivek Murthy and his older sister, Rashmi, were born in the United Kingdom to parents from Karnataka, India. The family moved to Newfoundland when Vivek was 1 year old and subsequently moved to Miami and Florida.His father was a physician and ran a family practice, which his mother managed.

Talking about his childhood Murthy has said, "One of the things that appealed to me about doctoring when I was in grade school was the idea that you could approach people with a desire to heal, but in a manner that was informed by both science and humanity...I saw how much time he and my mother invested in nurturing relationships with the patients they cared for…. because they wanted to understand what was going on in their life.”

Having had a flourishing career, and a winner of several awards he recently launched a book called 'Together' at a time when the United States was reeling from the impact of the COVID-19 saying the book offered some really poignant lessons about relationships and people centred society.

Some of the other prominent Indians in the Biden changeover team are:

Dr. Arun Majumdar, a former director of the US Department of Energy’s Advanced Research Projects Agency-Energy (ARPA-E),has been roped in as the volunteer lead of his Review Team for the Department of Energy. A scientist, engineer and professor, Majumdar is a distinguished alumnus of the University of California, Berkeley; and IIT Bombay, India. In 2012, Google hired him to review and execute the Company’s energy strategy and initiatives. An eminent member of the National Academy of Engineering, he is known for his futuristic work in the fields of thermal management and waste heat recovery.

She is a molecular biology graduate of Princeton University got her Master of Science degree from Johns Hopkins Bloomberg School of Public Health and a Doctor of Medicine degree from the University Of Washington School Of Medicine. Celine Gounder is also co-founder of the International Health Group that calls for doctors to serve the underprivileged worldwide. She has worked with the New York City Department of Health and Mental Hygiene. Being a medical journalist, she has extensively written on various medical topics and public health issues in The New Yorker, The Atlantic, and other media. In 2017, People’s Magazine had mentioned her among 25 Women Changing the World.

Among the Indian American women in the Biden transition team is Kiran Ahuja who is volunteering to support transition over the US Office of Personnel Management. An India-born American lawyer and activist, Kiran Ahuja was the Chief of Staff to the Director of the Office of Personnel Management from 2015 to 2017. Once a lawyer with the Department of Justice, she founded the National Asian Pacific American Women’s Forum, a nonprofit for South Asian Women’s civil rights. She also led the White House Initiative on Asian Americans and Pacific Islanders (AAPI) for six years. Her unconditional work on health care for AAPI is a significant step towards eradicating the stigma against mental illness in communities of color.

One of the key Indian-origin women in Biden’s agency review teams is Dr. Bhavya Lal who is helping with transition over NASA in the upcoming US government. A leading researcher at the IDA Science and Technology Policy Institute for the White House Office of Science and Technology, she has leveraged her expertise in engineering and innovation related to space science, satellites, space nuclear energy, and space exploration. She has written several articles for The Economist, National Geographic, Space News, and other prestigious publications. Her contributions to the domain of space got her selected as a Corresponding Member of the International Academy of Astronautics. A distinguished alumnus of MIT in nuclear engineering, Dr. Bhavya Lal has also served on the National Academy of Science committees.

Probably the most important Indian to get a crucial role in the Biden regime is Mala Adiga as policy director for the First Lady-elect Jill Biden who Biden described as an educator. Adiga traces her roots in the Udupi district of Karnataka and is a relative of Arvind Adiga, who won the 2008 Man Booker Prize for his novel “The White Tiger”. An education policy expert Mala has served the Biden Foundation as director for higher education and military families.

Starting career as a clerk for a Chicago law firm, she shot to fame during the Barack Obama presidential campaign in 2008. In the Obama administration, Mala Adiga worked as the deputy assistant secretary of State for Academy Programs and the director for human rights on the National Security staff. Born in the US after her parents, Dr. Ramesh Adiga and Dr. Jaya Adiga, moved to the US from India in 1960 she currently resides in Illinois.

Biden’s agency review team for the US Department of State includes Puneet Talwar, an American diplomat of Indian origin. He had proved his credentials In the Obama administration serving as the assistant secretary of State for Political Military Affairs. Recognized as one of the 50 most powerful Democrats in foreign relations, Indian American Puneet Talwar served on the Policy Planning Staff of the US Department of State alongside assisting Joe Biden on the United States’ foreign relations with South Asia, North Africa and the Middle East. He has also worked as a special assistant on the National Security Council from 2009 to 2014. He is a distinguished alumnus of Columbia University in international affairs.

Then there is Pavneet Singh who is volunteering to help with transition over the National Security Council (NSC) and the Office of Science and Technology. The man who is sort of carrying the legacy of Barack Obama, Singh has worked on the US-China and US-India economic relationships while serving the National Security Council’s lead director for the Asia Pacific Economic Cooperation (APEC). More important from India's point of view he had directed the economic policy for Barack Obama’s visit to India in 2015 and helmed the execution of the US-India CEO forum for some of the leading American and Indian CEOs. He studied masters in international relations at Georgetown University and had also worked with the World Bank.

Dr. Rahul Gupta heads the transition over the Office of National Drug Control Policy. He is the senior vice president and chief medical officer of March of Dimes.While serving as the state health officer for West Virginia he helped the state mitigate the opioid crisis through a series of health initiatives. 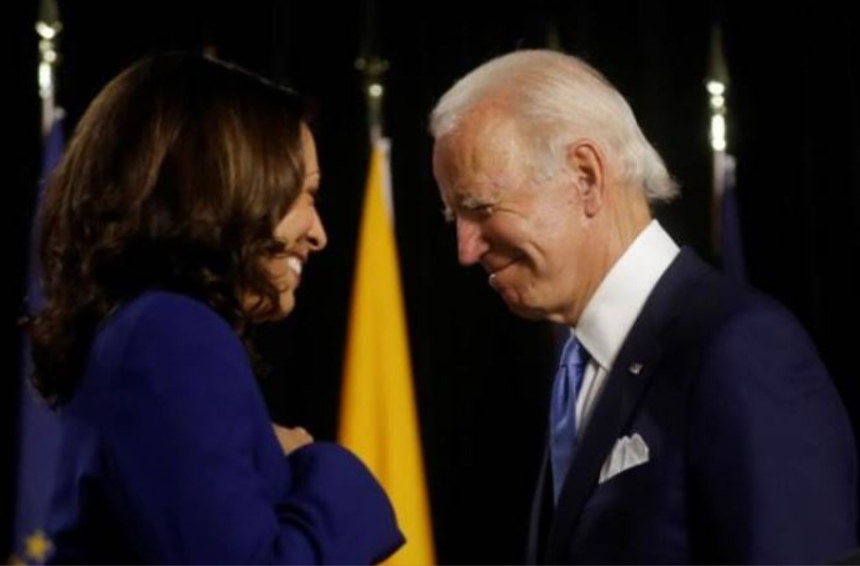