During his interaction at the Express Adda on 13th January, Fareed Zakaria, author and presenter of CNN’s GPS’s show mentioned that democracy is all about making choices.

Well, if in the world’s oldest democracy, in response to a call by the democratically elected President thousands of his ardent supporters stormed the House of the People, vandalized and created violence and mayhem was it a reflection of a vibrant democracy or a democracy set on the slippery path of anarchy?

In this case, who made the wrong choice? The Voters who elected that President? Supporters who blindly followed the call of the President without checking with their conscience whether what they were doing was right or wrong?

Why do democratically elected leaders stoop to such undemocratic actions? Must people listen to such leaders? What should prevail: their sacred pledge to defend the nation and the constitution or their leader?

Does Abrahan Lincoln’s famous quote: democracy is a rule of the people, for the people and by the people still matter? On January 6 did the people fail the nation? Or did the President fail the people?

It takes decades, sometimes centuries, to establish democratic institutions and conventions. Isn’t democracy the most ideal and representative form of government for a multiracial, multi-religious, multilingual, plural country which endeavors to create a fair, just and equitable system of governance in which a large number of people don’t feel neglected and wronged.

The onus for inculcating a deep faith in democratic values and practices lies squarely on the shoulders of leaders who are elected to run a country. Shouldn’t they demonstrate, by their words and actions, their acceptance of the supremacy of the constitution and commitment to honour people’s verdict whether it goes in favour or against them? Selective invocation of the Constitution and refusal to play by the rules of the game, weakens democracy.

In most societies, some sections legitimately feel they have been wronged, neglected, discriminated against and treated unfairly on account of deep rooted prejudices, biases and beliefs of the society and divisive ideologies and policies of the government. They nurse a deep sense of angst, anger and bitterness. This is as true about the Blacks in the US as the Dalits in India.

Leaders genuinely wedded to democracy try to address their grievances and needs through dialogue, discussion and specific policies that could change their lot for the better and strengthen their trust and confidence in the democratic redressal system. Alas, most of the high sounding rhetoric and big promises of better tomorrows made by the leaders don’t get translated into concrete actions. There is a huge gulf between what is publicly promised to people and what’s actually delivered on the ground.

Unscrupulous leaders with little faith in democratic institutions and values, see an opportunity in exacerbating and sharpening ideological divide, racial and ethnic prejudices, societal hierarchies and class consciousness for fulfilling their political ambitions. With their provocative rhetoric, they instigate their supporters to adopt undemocratic, intimidating and violent means to protest against decisions which are perceived to harm their interests.

Such leaders, instead of promoting peace and harmony and urging their supporters to maintain law and order provoke them with unfounded allegations, falsehood and fake news and generate an atmosphere of anxiety, anger, scare, suspicion and hatred which pushes them to try to decide issues on the street thus reducing democracy to mobocracy. This is what Donald Trump did!

In 2016 disproving many pollsters and political pundits Trump got elected as the 45th President thanks to the support from rural and non-college voters, white evangelists, far right and White Supremacists. They were fed on the staple diet that the democrats had ruined the country, diminished America’s international influence, let China and others take advantage of the US. They were further frightened with claims that a victory for Biden-Harris meant a government of leftist and socialist leanings whose supporters would attack and ransack the rich and wealthy. He also declared ad nauseum that the tech giants: Apple, Google. Amazon, Facebook, Twitter, YouTube and major media outlets like the New York Times, Washington Post, CNN, Twitter were against him .In brief, Biden and Harris posed a great threat to the US so they must be stopped.

Though Trump enjoyed one of the lowest popularity ratings nationally during his presidency, the Republican Party stood by him in spite of his egomaniac aggressiveness, unorthodox behavior and intolerance of contrarian views. He made them believe that he couldn’t lose the election, and if he did, it would be nothing short of theft.

Since Biden was projected as the winner, Trump went on insisting that the election was stolen and filed as many as 60 petitions for overturning the result; they were all rejected by the Courts for want of evidence of widespread fraud!

Trump doesn’t have the sportsmanship and humility of tennis greats : Roger Federer, Rafa Nadal, and Novak Djokovic who,in their defeat, always praise their rivals for having played better and deserving to win. What happened on January 6 would not have happened if, instead of telling his supporters not to concede and walk down to the Capitol to stop the certification of Biden’s victory, he had issued the statement which he did after getting impeached a second time. Probably,he would not have been impeached and 5 innocent lives would have not been lost during the storming of the Capitol.

Admiring and adoring your leaders is fine. Drawing inspiration from them is OK. But to consider them infallible and take their words as Gospel truth is dangerous. To follow them blindly is disastrous for the future of democracy.

Trump will go down in America’s history as, arguably, the worst President ever. He will be dumped in the dustbin of history. But what about 73 million Americans who voted for him? Doesn’t the fact that even after the storming of the Capitol, 197 Republican Congressmen voted for overturning of Biden’s election reflect that, in his four years presidency, Trump has not only polarized and divided American people but eroded their faith in democracy and encouraged millions of them to use any means to have their way?

Deployment of over 20,000 National Guards in Washington (more than the total number of National Guards sent in Iraq, Afghanistan & Syria) to protect American leaders on January 20 not against the Al Qaeda or the IS but against Trump supporters and apprehension of violence by them in all 50 states is the most disturbing legacy of Trump.

Healing this deep division across the nation and weaning away Trump’s supporters from the path of violence will be the biggest challenge for Biden, even bigger than defeating covid-19.

Aren’t there Trumps in many democracies? Beware of them or it will be too late! 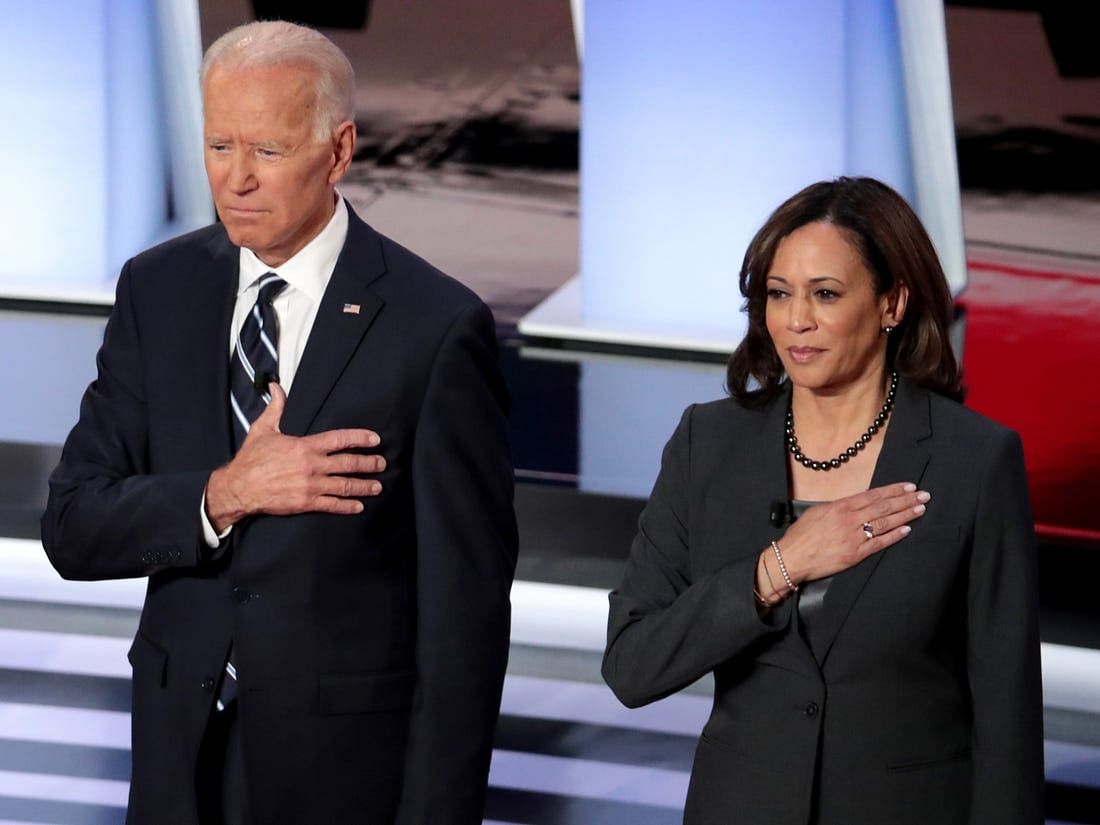