COLOMBO: In a press release entitled “On the truth of the Mini-Grid Projects in Northern Sri Lanka” the Chinese company SINOSOAR-ETECHWIN JV on Tuesday said that a “third party” had spread concocted information damaging the reputation of the company and Sri Lanka as well.

The “third party” referred to was clearly India as the latter had strongly protested against the choice of the Chinese company to build renewable energy plants in three islands in North Sri Lanka not far from South India. India had alleged that the plants could be used for spying on India.

Ironically and incongruently, while citing security concerns to block the Chinese power project in North Sri Lanka, India itself is opening its doors to Chinese investments running into millions of dollars following a recent border disengagement pact with China.

SINOSOAR-ETECHWIN-JV said that it was the pre-winning bidder for the mini-grid project in three islands in North Sri Lanka. “Recently the consortium learned from the media that a third party protested against the decision of the Sri Lankan Cabinet on grounds of so-called self-security, and concocted a series of false information inconsistent with the facts, which seriously affected the consortium’s reputation and legitimate rights,” the company said in its release.

Reportedly issued through the Chinese embassy, the release said that the move of the “third party” could damage the credibility and image of the Government of Sri Lanka (GOSL) for attracting foreign investment and contractors.

The company maintained, “On January 18th, 2021, the project award was approved by the Cabinet of the incumbent GOSL (Government of Sri Lanka) but the final award letter was delayed due to interference from outside.”

The consortium then went on to say:

1.The politicization of the project goes against the interests of the people and does not meet the manifesto of the current government.

2. The project is funded by the Asian Development Bank, in full accordance with international bidding procedures. Every step is open and transparent.

3. According to the bidding regulations, the consortium is only responsible for the construction and handover of the project. All moves are under the complete supervision and management of the employer-Ceylon Electricity Board. There is no so-called “security” concern issue raised by third parties.

4. The consortium strictly abides by the laws and regulations of Sri Lanka and the relevant requirements of the Asian Development Bank as well as the Ceylon Electricity Board. At the same time, we firmly oppose any outrageous interference by any third party without legal and factual basis.

“The consortium sincerely hopes that the GOSL will strictly follow the international bidding procedures to implement the project, and protect the legitimate rights and interests of the contractor, as well as its own credibility and international reputation.”

As stated earlier, India had “strongly” protested against the granting of the project to the Chinese company on the grounds that one of the islands was as close as 48 km from Rameswaram in India and that the Chinese plant could be used to spy on India.

Following this, the Minister of Power Dallas Allahaperuma told the media that India had offered a loan of US$ 12 million to Sri Lanka to do the project itself with Indian technical help.

However, Minister Allahaperuma was contradicted by another Energy Minister Udaya Gammanpila who told the media that the original decision to award the project to the Chinese company remains.

Meanwhile, the Tamil parties of the North have opposed the grant of the project to China and supported Indian involvement instead. The former Chief Minister of the Northern Province who is currently a Member of Parliament, C.V.Wigneswaran, said that Tamils need India’s help to secure their rights and therefore Tamils should support India on the power plant issue.

According to most Tamils, China will never support the Tamils in their fight for their rights because it has been China’s consistent policy to support governments rather than the minorities.

The Sri Lankan government is on the horns of a dilemma because it cannot alienate either India or China. If India is a powerful geo-political factor, China is the main source of funding for expensive infrastructure projects. China is also necessary to keep a check on India’s growing demands.

Ironically, while opposing Chinese projects in Sri Lanka, India itself is set to clear 45 investment proposals from China, Indian government and industry sources told Reuters. This followed the easing of military tensions on the border between the two countries.

About 150 investment proposals from China worth more than US$ 2 billion were stuck in the pipeline since 2020 following the eruption of the conflict.

But now, two government sources who have seen the list told Reuters that most of the 45 proposals set for early approvals are in the manufacturing sector, which is considered non-sensitive in terms of national security.

“The sources did not elaborate but two other government officials and two industry sources who are privy to the process said proposals from Great Wall and SAIC Motor Corporation are likely to be on the list. Great Wall and General Motors (GM) made a joint proposal in 2020 year seeking consent for the Chinese automaker to purchase the US. company's car plant in India, in a deal expected to be valued at around US$ 250-US$ 300 million.”

“Great Wall, which plans to invest US$ 1 billion in India over the next few years, said earlier that establishing operations in the country is a key part of its global strategy. It had planned to start selling cars in India from this year, and was also mulling bringing in electric vehicles.”

Great Wall said it continues to seek relevant approvals and investment clearances. A GM spokesman added: "We continue to seek all relevant approvals to support the transaction." SAIC, which started selling cars in India in 2019 under its British brand MG Motor, has invested around US$ 400 million of the nearly US$ 650 million it has committed to India and would need approval to bring more investment.”

“Sectors such as automobiles, electronics, chemicals and textiles are seen as non-sensitive whereas those involving data and finance are deemed sensitive, consultants and lawyers have said. Proposals from non-sensitive sectors will be approved faster, while those seen as "sensitive" will be reviewed later. 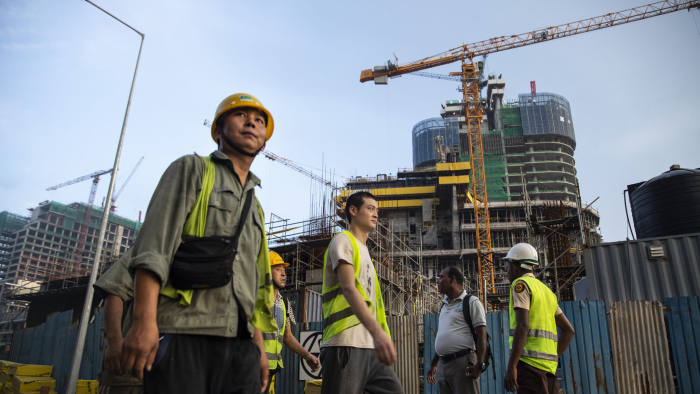