The extraordinary joint statement last Friday at the level of the Director-Generals of Military Operations [DGMO] of India and Pakistan came like a bolt from the blue. It triggered speculations. Of course, it is preposterous to contemplate that the Indian Army went out on a limb without political directive, or that some “grand bargain” involving India, China and Pakistan is unfolding.

From such a premise, what needs to be understood is as regards the Indian calculus. The government is taking time to voice an official opinion on Friday’s development even after Pakistani Prime Minister’s tweets earlier on Saturday. But actions speak better than words and three things must be noted.

On Saturday, India chose to observe the second “anniversary” of Balakot strikes with great swagger. The Indian air chief Air Chief Marshal RKS Bhadauria personally displayed, while flying a Mirage 2000 aircraft that was used for bombing Jaish-e-Mohammed targets in Balakot on February 26, 2019, the IAF’s operational capability for a repeat performance, if need arises.

On Saturday, again, specifically referring to the joint statement on Friday, the army’s northern commander Lt. Gen. YK Joshi asserted that it “will have no bearing on the counter-terrorism operations” or the army’s overall alertness, grit, determination, self-confidence, bravery and steadfastness.

Most important, last Thursday, on the eve of the two DGMOs’ joint statement, the RSS chief Mohan Bhagwat made it clear that the centrality of the agenda of “Akhand Bharat” in Indian policies remains immutable. As he put it, “Gandhar has become Afghanistan. Pakistan was also part of us. Does peace prevail there now? When we talk about Akhand Bharat, we want to reunite those countries and not suppress them.” This may sound a strange thing to say in the thermonuclear age but without doubt, the ruling elites are bound by it.

It is only against the backdrop of such a complex Byzantine labyrinth where domestic politics and Pakistan policies continue to intersect and overlap that the Indian motivations, paradoxically, gain some clarity. For sure, the motivations are largely tactical in nature.

The snow is about to melt in the mountains, the passes will reopen and a new “fighting season” may begin in Kashmir Valley. Curbing cross-border infiltration and support to militancy from across Pakistan is a priority, although as Lt. Gen. Joshi claimed, the overall security situation in Kashmir saw a great improvement in 2020 and there has been a reduction in terror-related incidents.

Notwithstanding the bravado by arm-chair strategists about the army having the capability to fight “two-front war”, et al, life is real and it pays to calm the Pakistani border.

The regional security situation is distinctly favourable to Pakistan and an Afghan settlement, which is a matter of time, can be a game-changer for that country’s future trajectory. Besides, this is an inflection point, as the new US administration weighs its policy options in the region.

Significantly, the US state department spokesman Ted Price commented within hours, on Friday itself, “We encourage continued efforts to improve communication between the two sides and to reduce tensions and violence along the Line of Control.”

Interestingly, Price went on to mention Kashmir twice in his remarks without any prompting, and underscored, “Pakistan is an important partner with whom we [US] share many interests. Obviously, Pakistan has an important role to play when it comes to Afghanistan and what takes place across its other border. So clearly we will be paying close attention, and we urge the Pakistanis to play a constructive role in all of these areas of mutual interest, including in Afghanistan, including with Kashmir, including with our other shared interests.”

Now, this is a formulation India can live with but it also opens a pathway in the weeks and months ahead as the Afghan endgame advances and US’ direct interests in regional security in South Asia come into play. By the way, Price was replying to a journalist who pointed out,

“To what extent, if any, did the United States play a role in helping broker this new ceasefire agreement? And I’m curious, I mean, when President Biden was vice president, he had a very warm relationship with Pakistan, especially to the extent that he saw Pakistan as a vital partner in the war in Afghanistan, and I’m just kind of wondering how his policy – how this is going to portend to his policy towards Pakistan now that he’s President and how that will interplay with his relationship with India.”

India’s past experience has been that the best means to push back at western pressure on Kashmir is by highlighting that we have a direct, bilateral line of communication with Pakistan and there is no need of gratuitous interference by third parties.

At a time when the Biden Administration has put human rights “at the centre of US foreign policy”, Delhi must keep its toolkit ready. To be sure, the recent initiative to arrange two visits by Delhi-based foreign envoys to J&K did serve a purpose. They highlighted, at the very least, that India has nothing to hide. The point is, there is mounting criticism of the government in the western world on various accounts. (here, here and here)

Meanwhile, there are variables in the developing situation — the ground situation in Kashmir; crystallisation of the nascent Pakistani regional policy directions that seem to put primacy on geoeconomics; nature of the Afghan settlement; regional security balance; Indo-Pacific concept in relation to South Asia and Indian Ocean and so on.

The good part is that in the prevailing regional and international climate, there is no conceivable reason for any big power to put road blocks on the path of an India-Pakistan normalisation process. Therefore, the sky is the limit, so to say, to build on the DGMOs’ statement — provided, of course, there is political will. The best spin one can give to the continued reticence of the government is that it is weighing options. 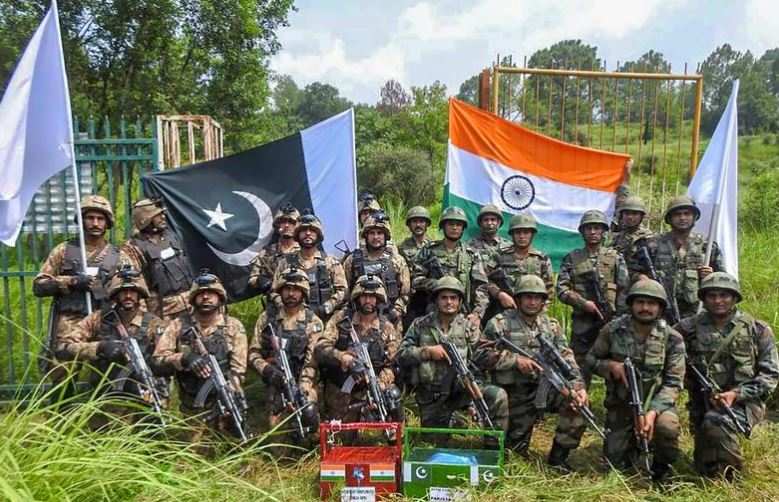