Lebanon - Despair As The Crisis Deepens

Lebanon, for the past couple of years, has witnessed escalating public protests born of economic despair and the absence of an effectively functioning government with the courage to undertake much needed reforms that would restore international financing to the country. Recently the European Union, United Nations, and World Bank confirmed a deal between Lebanon’s central cank and its deputy prime minister to distribute aid in US dollars as the Lebanese pound had crashed. Pharmacies went on strike and petrol stations rationed scarce fuel.

Falling living standards, the loss of value of the Lebanese pound and the continuing squabbling among politicians wanting to safeguard their own interests had angered the people of a country that even today does not have a full-fledged government.

Commentators have said that Lebanon is facing its worst crisis since the civil war of 1975 to 1990. Reports indicated an increase in unemployment; people not being able to access their bank deposits and the growing risk of widespread hunger.

Mass street protests against corruption and the ineptness of the political class had erupted in 2019 forcing the then Prime Minister Saad Hariri to step down. This time in the second week of March 2020 thousands of demonstrators had taken to the streets in central Beirut demanding a new independent government to save the country. In the latest protests demonstrators had burnt tyres on the streets.

In Tripoli in the north, one of Lebanon’s poorest cities, demonstrators built a brick wall one metre high to prevent cars from passing through.

Interior minister Mohammed Fahmy had said security had all but broken down. Energy Minister Raymond Ghajar had warned that Lebanon could be in total darkness by the end of month as resources for power generation ran out. President Michel Aoun had said that the roadblocks be removed but army chief General Joseph Aoun, meeting his commanders had accused the politicians for the current situation while stressing that people had a right to protest peacefully. He had also warned the troops not to get sucked in into the political turmoil. The army had long been a source of national pride and unity but its collapse at the start of Lebanon’s 1975-1990 civil war, when it split along sectarian lines, had led to militia rule dominating the polity.

Meanwhile Maronite Patriarch Bechara Boutros al-Rai had, in a sermon, justified the revolt by the people in a situation where the price of one dollar had surpassed 10,000 Lebanese pounds and the minimum wage was only $70.

Following Hariri’s exit in 2019 , Hassan Diab became the new Prime Minister, The country’s problems were exacerbated by a port explosion on 4th August 2020 that devastated whole tracts of Beirut, killing 200 people and prompted Prime Minister Diab’s government to resign. Diab stayed on as caretaker PM as the political establishment was unable to form a government. Recently he had threatened to resign as caretaker also and had pleaded for a new government to be set up. The country remained rudderless as it sank deeper into financial collapse.

Saad Hariri had said he was willing to take over the reins and was nominated as PM designate in October 2020 for the fourth time but till date was unable to form a government since he wanted the freedom to select his own Ministers -something that other parties were not willing to accept.

Hariri also did not have a workable relationship with President Aoun who had told him this week either to form a government or step down. The tension between the two increased after a leaked video showed President Aoun calling Hariri a liar. Lebanon’s top Christian cleric had urged President Michel Aoun to set up a reconciliation meeting with Prime Minister-designate Saad al-Hariri to form a cabinet and end the country’s political deadlock and Hariri had also said that his list of 18 “non-partisan, expert” ministers was being examined by the President and that the meeting had had a positive atmosphere.

But Gebran Bassil, leader of the Free Patriotic Movement, the biggest Christian bloc, and son-in-law of President Michel Aoun, had said in a televised speech his movement would not join the cabinet as long as Hariri insisted on choosing all ministers. The other Christian Party, Lebanese Forces had also balked at backing Hariri.

Lebanon’s governing system required officials to be chosen from across the religious spectrum, typically giving sectarian parties an effective veto over forming a cabinet. Hariri’s Future Party said it did not want to be dragged into political bickering and that his cabinet was ready to take on its duties. Incidentally Bassil had been placed under sanctions in November by the United States over corruption allegations, which he denied, and for his ties to Hezbollah which remained Lebanon’s most powerful party.

The judicial investigation into the port blast was still under way in Lebanon with Judge Fadi Sawan having charged caretaker Prime Minister Hassan Diab, whose cabinet quit after the blast, and three former ministers with negligence. The Judge was due to interrogate one of the three former ministers, Youssef Finianos, a Hezbollah ally sanctioned by the United States for his links to the group that Washington considered a terrorist organisation.

Diab’s office had issued a statement that the caretaker prime minister would not comply with Sawan’s investigation, as the judge had violated the constitution by overstepping the role of the Parliament of Lebanon, which had a specialised court for the trial of top officials.

On the economic front inflation was said to be running at 90 percent. Donor nations and the International Monetary Fund had said Lebanon had to carry out an audit of its central bank to unlock billions of dollars in aid. Lebanon’s Parliament had unanimously backed a concurrent audit of all state bodies including financial institutions, ministries, and independent funds, and said banking secrecy should not be a hindrance.

The move came after Lebanon’s central bank cited banking secrecy laws as the reason it declined to provide international auditor Alvarez & Marsal (A&M) with information to carry out an audit it began in September. A&M had quit.

Parliament had been split between parties who said the audit should commence with the central bank and broaden from there – namely, Hezbollah, the Free Patriotic Movement and the Lebanese Forces – and parties that said an audit must cover all state bodies – the Future Movement, Amal Movement and the Progressive Socialist Party. Hariri had said that he would only return as prime minister if there was agreement by Lebanon’s parties on securing an International Monetary Fund deal. Three of Lebanon’s negotiators with the IMF had quit citing the politicians unwillingness to undertake reforms.

On the international front Maronite Patriarch Bechara Boutros al-Rai had called on the UN to hold an international conference to help Lebanon. But the lead was being taken by the French with President Macron visiting Lebanon after the port blast. In discussions with the Lebanese he had called for a new government that would tackle the issue of reforms. His plan called for a bold range of reforms, including a full audit of Lebanon’s central bank, the formation of a new cabinet of independent technocrats, changes to the public sector and judiciary within the space of four weeks, and elections to be held in one year under a new election law. He suggested the involvement of independent figures and civil society groups capable of drafting a new election law and making effective changes to the public and financial sectors.

Reports suggested that Macron could press for international sanctions, as many Lebanese politicians had assets abroad. French diplomats spoke about France and its international partners seeking to increase pressure on Lebanon’s politicians in the coming months, but that it was unlikely sanctions against individuals would be imposed in the near future.

The reality is that for Lebanon’s future the Macron plan does provide a good framework and would open the doors to IMF funding. But Lebanese leaders have demonstrated that they do not want an overhaul of the system but only a tinkering at the edges to hold on to their power. Lebanon’s sectarian oligarchs have enjoyed power for decades and are unlikely to allow power to those who wish to end the current but corrupt system.

It is in this context that French and international pressure might become very necessary to force the sectarian elements to adopt a new approach if the country is to be saved. Given the nature of sectarian groups and their leaders this would be highly unlikely and Lebanon could be heading for sanctions on its leadership.

Interestingly a petition had been in circulation in Lebanon seeking a return to French control of Lebanon. That would have fed the French ego if Lebanon had been a viable prize today. 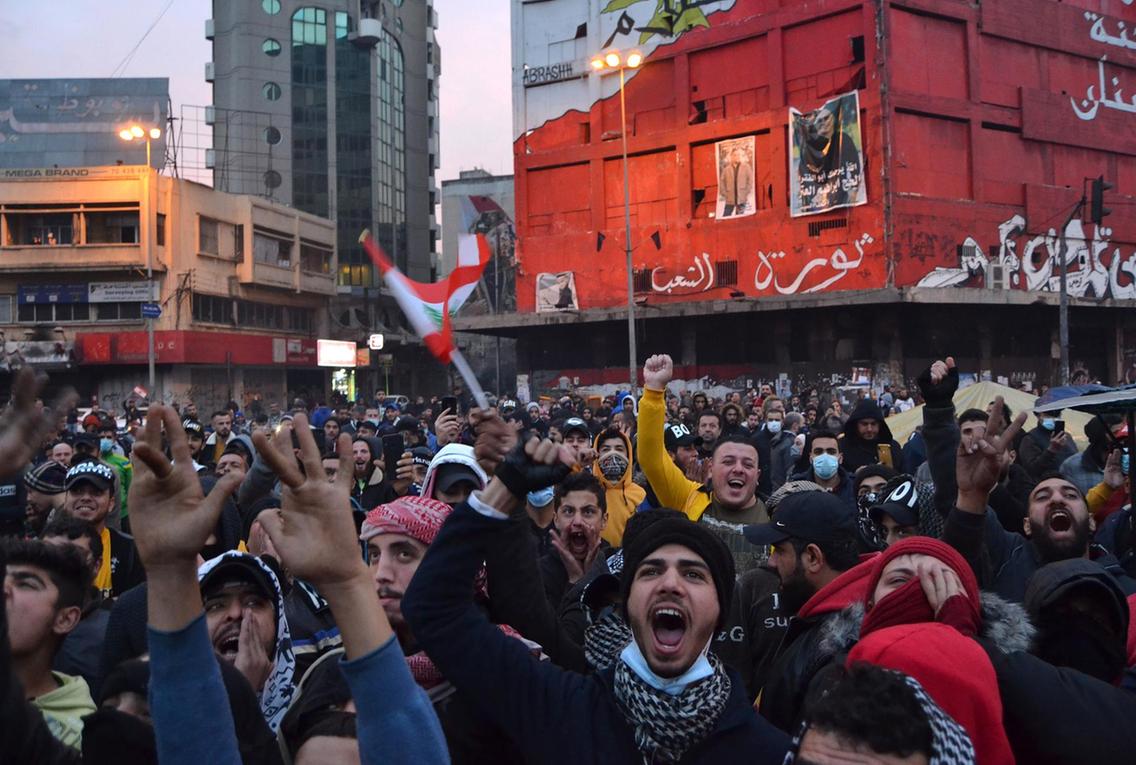