COLOMBO: India on Tuesday abstained from voting on the UN Human Rights Council (UNHRC) resolution on Sri Lanka for a variety of reasons. The immediate reason perhaps lay in the April 6 elections to the Tamil Nadu State Assembly in which the Bharatiya Janata Party (BJP) is contesting 20 seats in alliance with the ruling All India Anna Dravida Munnetra Kazhagam (AIADMK).

The alleged human rights violations in Sri Lanka against the Tamil minority is a key issue electoral issue in Tamil Nadu, a fact which the BJP cannot ignore. And the subject matter of the UNHRC resolution is the alleged violation of the human rights of the Tamils of Sri Lanka.

If India had voted against the resolution moved by the West-led Core Group on Sri Lanka, the BJP and its ally, the AIADMK, would have had to pay a heavy electoral price.

However, New Delhi chose to be neutral rather than vote for or against the resolution. This was because it could not alienate Sri Lanka either. Sri Lanka has great geo-political importance for India in the context of China’s ever widening footprint in the island nation in the economic sphere. Dominance in the economic sphere could easily acquire an additional political and geo-strategic content.

The resolution requested the Office of the High Commissioner for Human Rights (OHCHR) to enhance its monitoring and reporting on the situation of human rights in Sri Lanka, including progress in reconciliation and accountability, and to present an oral update to the Human Rights Council at its forty-eighth session, as well as a written update at its forty-ninth session, and a comprehensive report that includes further options for advancing accountability, at its fifty-first session, both to be discussed in the context of an interactive dialogue.

The resolution also encourages the OHCHR and relevant special procedure mandate holders to provide, in consultation with and with the concurrence of the Government of Sri Lanka, advice and technical assistance on implementing the above-mentioned steps.

The Indian representative said: “India's approach to the question of human rights in Sri Lanka is guided by two fundamental considerations. One is our support to the Tamils of Sri Lanka for equality, justice, dignity and peace. The other is in ensuring the unity, stability and territorial integrity of Sri Lanka. We have always believed that these two goals are mutually supportive and Sri Lanka’s progress is best assured by simultaneously addressing both objectives.”

“India supports the call by the international community for the Government of Sri Lanka to fulfill its commitments on the devolution of political authority, including through the early holding of elections for Provincial Councils and to ensure that all Provincial Councils are able to operate effectively, in accordance with the 13th amendment to the Sri Lankan Constitution.”

“At the same time, we believe that the work of OHCHR should be in conformity with the mandate given by the relevant resolutions of the UN General Assembly.”

“We would urge that the Government of Sri Lanka carry forward the process of reconciliation, address the aspirations of the Tamil community and continue to engage constructively with the international community to ensure that the fundamental freedoms and human rights of all its citizens are fully protected.”

The Sri Lankan Representative C.A.Chandraprema said that the resolution was “unwarranted, unjustified and in violation of the relevant articles of the UN Charter in particular article 2 sub section 07, and relevant sections of the United Nations General Assembly resolutions 60/251 that provides for the mandate of the Human Rights Council.”

He said all members of the council would agree that UNHRC cannot assume tasks not assigned to it by the UN General Assembly in resolution 60/251 or in subsequent resolutions.

The Sri Lankan envoy said the resolution violated the principles of sovereign equality of all states and non-interference in internal affairs. The resolution was presented without the consent of Sri Lanka as the country concerned and is therefore unhelpful and divisive.

“No country has a greater interest in bringing about reconciliation among its peoples than the country concerned, a point that has repeatedly been emphasized during the proceedings of this council,” Chandraprema said.

“Notwithstanding the stated objectives of the proponents of the resolution, Sri Lanka is of the view that this resolution will polarize Sri Lankan society and adversely affect economic development, peace and harmony,” he added.

Although Indian Prime Minister Narendra Modi is believed to have explained India’s predicament to the Sri Lankan President Gotabaya Rajapakasa over phone and had assured him that India would do no harm to Sri Lanka, the majority community in Sri Lanka, the Sinhalese, would not take kindly to the Indian abstention.

India-Sri Lanka -Lankan relations, none too good at the moment, will be further strained, observers believe. Relations had touched a new low after Sri Lanka disregarded a 2019 agreement to give India the project to construct the East Container Terminal in Colombo port. Losing faith in Colombo’s word, the government of India did not take Sri Lanka’s alternative offer of the West Contain Terminal, leaving the matter to a private Indian company, the Adanis, to negtiate.

India is also apprehensive about the fate of the 13th.Amendment (13A) of the Sri Lankan constitution which gives the provinces (particularly the Tamil-speaking Northern and Eastern provinces) a measure of autonomy. The 13A flowed from the India-Sri Lanka Accord of 1987 which was meant to solve the Tamil question in Sri Lanka through devolution of power to provinces.

For the past few months Sri Lankan ministers, including the former Provincial Councils minister Adm.Sarath Weerasekara had been talking of repealing the 13A on the grounds that the provincial councils were wasteful and divisive. Following India’s expression of concern, Lankan President Gotabaya Rajapaksa relieved Weerasekara of the portfolio and later announced that Provincial Councils elections will be held in June after clearing the legal hurdles. But India continues to be apprehensive and its representative at the UNHRC Indra Mani Pandey made the fate of the 13A the burden of his speech.

However, even though New Delhi is miffed with Colombo on several grounds, it cannot but build good relations with it in view of China’s growing economic footprint in Sri Lanka, which could acquire a political and geopolitical dimension. Geo-economics is the basis of geopolitics in this age of globalization.

Citing a security threat, New Delhi successfully thwarted Colombo’s bid to give some power projects in the Northern Province to a Chinese company. India made Sri Lanka a part of its Indian Ocean Maritime Security architecture with the responsibility to coordinate the mechanism’s activities by establishing a Secretariat in Colombo. Recently, in a thinly veiled attempt to show its military potential, India participated in the 70th.Anniversary celebrations of the Sri Lankan Air Force by sending its Tejas fighter aircraft and aerobatic teams to give demonstrations.

India bent over backwards to be the first to supply COVID-19 vaccines with the External Affairs Minister Dr.S.Jaishankar himself flying to Colombo to make the offer to President Gotabaya Rajapaksa. Although the second consignment of the COVISHIELD vaccines will be delayed because of supply constraints, to date, India is the only vaccine supplier in Sri Lanka. India is continuing its house building projects in Sri Lanka and has a US$ 15 million project to help Buddhist institutions.

However, it remains to be seen how India will reconcile its long term interest to maintain good relations with Sri Lanka with the short term and immediate interest in keeping the Tamils of Tamil Nadu happy in the un-up to the April 6 State Assembly elections. Observers see India’s neutrality in the UNHRC as a way out of the sticky situation. 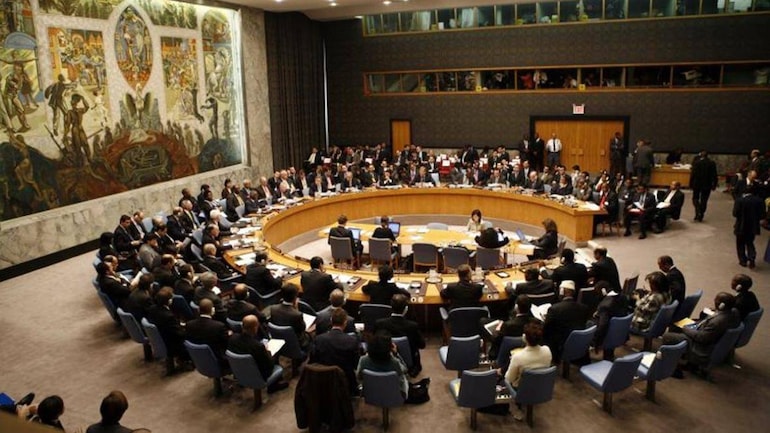