When Khalil Shehab first began working for Yamit, an Israeli water filtration company in the Nitzanei Shalom industrial park in 1995, he did not anticipate that he would become a pioneer in the fight for equal labor rights.

The industrial zone, just inside the occupied West Bank and next to Tulkarm city, was set up as part of the Oslo agreement between Israel and the Palestine Liberation Organization. Its name translates as “buds of peace.”

But while goods there are produced to Israeli standards, working conditions are not up to scratch. This is where Shehab got involved.

In 1998 and again in 2006, he led workers to strike in pursuit of basic demands like paid sick leave and pay commensurate with the Israeli minimum wage – which since 2018 has stood at around $1,600 a month.

“They threatened to fire me if I continued to speak up,” Shehab, 51, told the Electronic Intifada. “But the other workers rallied around me and told me we would all fight together.”

In the end, the workers succeeded in securing a minimum wage, though not other benefits. So, in February 2020, Yamit’s 75 Palestinian workers – all from Tulkarm or its environs – unionized under the Israeli labor organization Workers Advice Center - Maan.

And at the beginning of this year, Shehab and his fellow workers were striking again.

Their strike came after a year-long effort to secure a collective employment agreement to end the company’s practice of only offering individual contracts, thereby enabling it to give different benefits to Palestinian and Israeli workers.

The latter are, for instance, entitled to paid holiday leave and pension arrangements.

The company refused. Yamit’s CEO Ofer Talmi even argued, in a peculiar and racist rant, that Palestinian workers should not enjoy the same rights as Israelis since, “the Land of Israel belongs to the Jewish people, and I am not prepared for a Palestinian employee to be linked to the State of Israel in any way.”

Again the workers stood together, however. On New Year’s Eve, the workforce all downed tools.

It took 19 days until Yamit blinked. Then, on 20 January, an agreement – with finer details to be worked out over three months of further negotiations – was announced that seemed to meet almost all the workers’ demands: increased salaries, paid annual leave as well as an end of service benefit commensurate with the number of years an employee has worked for the company.

The Yamit water filtration plant is one of seven companies operating in the industrial area that continue to profit off of systemic labor rights abuses.

The firms rely on a 1960 Jordanian labor law that Jordan itself repealed in 1996.

This is despite a 2007 Israeli high court ruling that all Palestinians working in Israel and settlements in the West Bank be contracted under Israeli law.

Judges also ruled that Israeli companies cannot discriminate on the basis of the employees’ nationality or use it as justification to hire them under different working conditions than Israeli employees.

However, the Nitzanei Shalom industrial park is not considered a settlement by the Israeli courts. There, the industrial zone is considered to have been set up as part of an agreement with the PLO and in “no-man’s land.”

As a result, the courts allowed companies to continue hiring Palestinians under the defunct Jordanian labor law. And there has been little to no enforcement of equal labor rights for Palestinians.

This classification of Nitzanei Shalom is in direct violation of the Fourth Geneva Convention, which is quite clear that all civilian projects in militarily occupied territory are settlements and therefore in violation of international law.

According to Mohammed Blaidi, head of the Palestine New Federation of Trade Unions, blatant discrimination against Palestinian employees is a product of abusive labor practices that have been allowed in the settlements for decades.

Earlier this year, Blaidi’s union took over representation of the Yamit workers after Maan ended its association with the striking workers.

Theirs is an uphill task. Since the Paris Protocol – the economic arrangements under the Oslo accords – was implemented in 1995, Israel has been able to suffocate the Palestinian economy.

The protocol places Israel, the occupied West Bank and Gaza under a joint taxation system, with one – Israeli – currency, and imposes restrictions on manufacturing, exporting and importing goods to and from Palestinian areas.

In effect, it prevents the development of an independent Palestinian economy, leaving it captive to Israel’s.

This situation has oppressed local industry and curtailed employment prospects. In the fourth quarter of 2020, West Bank unemployment hit 15 percent. 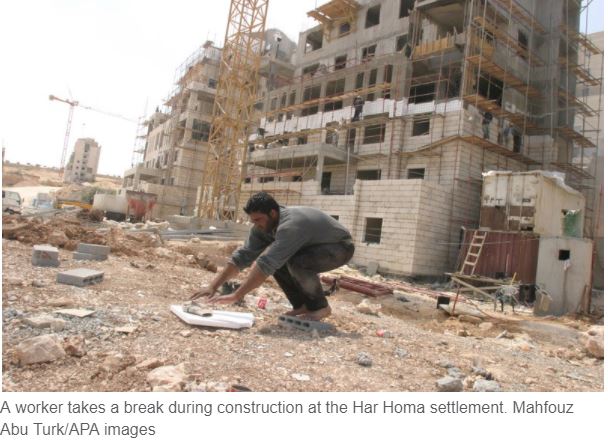 Palestinians have been forced to seek out job opportunities where they can, ending up servicing rapidly expanding settlements in the construction and agriculture sectors.

Recent years saw the numbers of tenders issued for new housing units in West Bank settlements accelerate, including those in East Jerusalem.

The year 2020 saw the addition of more than 12,000 new homes, the most since the Israeli Peace Now organization began keeping records.

The expansion of settlements was effectively greenlighted by the US when Donald Trump was president. The Trump administration went so far as to announce in 2019 that the US does not consider Israel’s settlements to be in violation of international law.

Between 67,000 and 87,000 Palestinians hold permits to work in Israel or Israeli settlements and commute to work everyday across military checkpoints for the prospect of higher wages in the agriculture and construction industries.

Another 33,000 - 43,000 Palestinians work in settlements or Israel – including industrial zones – without permits, under even more precarious conditions and are often employed through informal labor contracts.

Even for the most skilled of the Palestinian workers at Yamit, some of whom have been working there for nearly two decades, the salary is still only equivalent to the minimum Israeli wage. There is no possibility of promotion.

Nor does the company offer pensions.

While the average minimum wage in the settlements is around four times higher than that made working for a Palestinian company, Israeli employers exploit this fact by continuing to commit gross human rights violations and depriving workers of basic benefits, say union activists.

Workers are not compensated for any work-related injuries and are often reportedly left at checkpoints or abandoned outside hospitals.

Workers also report long term health ailments as a result of years of work in hazardous conditions on construction sites and in factories.

Shehab claimed that workers suffer from choking fumes and dust as a result of a lack of ventilation in the Yamit factory.

“If there were regular safety checks, the factory would be shut down,” Shehab said.

Baseel, 26, is a construction worker from the village of Beit Sahour, east of Bethlehem. He was working on a construction site in the settlement of Maale Adumim, outside Jerusalem, when he fell off a ladder and broke two fingers.

“I was dumped at a checkpoint and told to walk home,” Baseel told The Electronic Intifada.

He has been providing his family since his father has been unable to find work for nine years.

The injury left Baseel unable to work for almost two weeks for which he received no compensation. In addition to lost wages, he had to foot medical expenses, all lost income critical to supporting his family.

“If I had an opportunity to work with a Palestinian company, I would leave this job immediately,” Baseel said.

He said he only gets paid for eight hours out of his 11-hour work day, and pulls in around $1,500 per month in total.

Baseel asked that his last name be omitted for fear of reprisal from his Israeli employer.

Palestinians working in the settlements are discouraged from demanding fair treatment through a system of fear and intimidation.

Labor disputes are dealt with in Israeli courts and, according to Assaf Adiv, the director of Maan, most Israeli unions are not interested in Palestinian laborers because they discriminate against them or are simply dissuaded by a lack of understanding of the complexities of an oppressive labor system in the West Bank.

“Some of them don’t speak the language, they don’t know how to do it, they don’t understand how it works in the settlements, they don’t have any interest in it. And some of them are against them politically.”

Yamit is to meet representatives of workers this week. The company’s lawyers have already postponed discussions that had been scheduled previously.

Israel’s illegal land grabs, in the guise of settlement expansion, perpetuate a vicious cycle in which workers have few employment opportunities other than to work in the very settlements that have robbed them of their livelihoods in the first place.

Shehab said that he and his coworkers all struggle with the internal conflict that their work indirectly legitimizes and directly consolidates the settlements.

“We all have families and expenses,” Shehab said. “We don’t have any other choice”

Shehab is not optimistic that Yamit will honor the agreement and plans to resume the strike if the company shows signs of reneging. 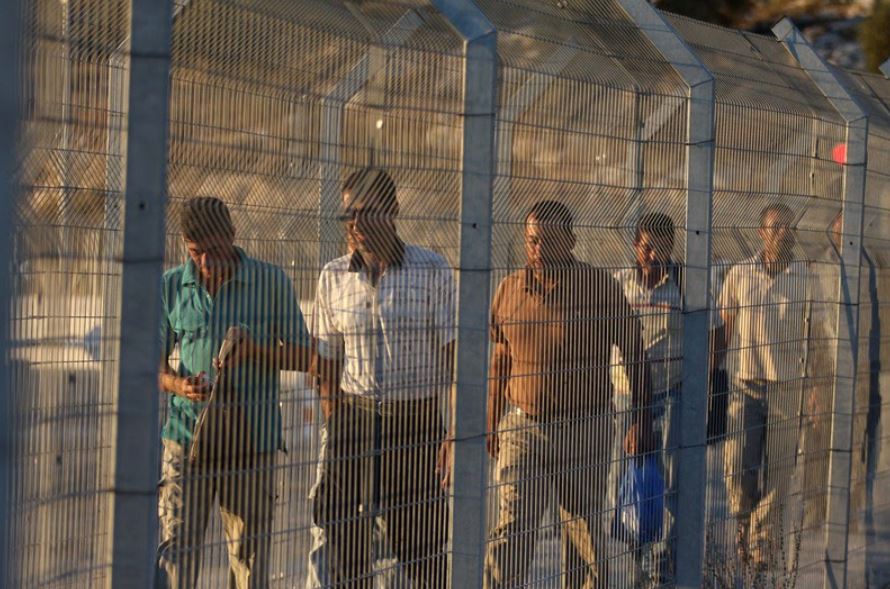 Kelly Kunzl is a freelance journalist.