COLOMBO: The politically influential head of the Abayarama temple in Colombo, Ven.Muruththetuwe Ananda Thero, has thrown his weight behind petitions in the Sri Lankan Supreme Court against the China-funded US$ 1.4 billion Colombo Port City (CPC) project.

The CPC is now at the crucial stage of getting a separate legal structure meant to get foreign investors.

Ven. Ananda Thero told a press conference on April 15 that his organization “Rata Rakina Jana Handa” had supported President Gotabaya Rajapaksa and his Sri Lanka Podujana Peramuna (SLPP) in the 2019 and 2020 elections in the hope of preventing the sale of Sri Lankan State assets to foreign countries, but the regime is now trying to make the Colombo Port City a “Chinese colony”.

Former Justice Minister and SLPP MP, Wijedasa Rajapakshe, who was with the monk, made the same charges.

Critics point out that out of the 269 hectares recovered from the sea, for the CPC, 116 hectares have been given to the Chinese builder, China Harbor Engineering Company (CHEC), on a 99 year lease.

An irritated President Gotabaya called the monk. He also called Wijedasa Rajapaksehe and had allegedly used harsh and threatening language. Perturbed by this, Prime Minister Mahinda Rajapaksa sent Education Minister G.L.Peiris to explain to the monk the nature of the CPC and himself rushed to Colombo to have a pow wow with him. The Supreme Court, which has 15 petitions against the CPC, is to have the first hearing on Monday, April 19.

The controversy over the CPC arose when its basic structure, contained in the Colombo Port City Economic Commission (CPCEC) Bill, was presented to parliament on April 8. Petitions filed against the Bill said that it grossly violates the Lankan constitution and that, if it is to become law, it will have to get a two-thirds majority in parliament plus approval in a referendum.

The provisions of the Bill amounted to changing the constitution fundamentally, and therefore, it would need two-thirds majority plus approval in a referendum.

The CPCEC Bill seeks to establish a high-powered five to seven member Commission (CPCEC) entrusted with the administration, regulation and control of all matters connected with businesses and other operations in and from the CPC.

The removal of the discretionary powers of the various Sri Lankan regulatory authorities is arbitrary and a violation of the Right to Equal Protection of the Law guaranteed by Article 12 (1), says legal expert Dr.Jayampathy Wickramaratne.

Under Clause 35 employees in the CPC shall be remunerated in a designated foreign currency, other than Sri Lankan rupees, and that such income shall be exempt from income tax. Under Clause 40, Sri Lankans may pay for goods, services, and facilities in Sri Lankan rupees but would be required to pay a levy for goods taken out of the CPC, as if they were returning from another country!

Dr. Wickramaratne points out that Clause 62 requires that all disputes involving the CPCEC are resolved through arbitration, thus ousting the jurisdiction of Sri Lankan courts.

Clause 63 says that in any legal proceedings instituted on civil and commercial matters, where the cause of action has arisen within the CPC or in relation to any business carried on in or from the CPC, Sri Lankan courts would give such cases “priority” and also “hear them speedily on a day-to-day basis to ensure their expeditious disposal.” This is held to be discriminatory.

Clause 73 provides that several Sri Lankan laws listed in Schedule III would have no application within the CPC. These include the Urban Development Authority Act, Municipal Councils Ordinance, and the Town and Country Planning Ordinance.

Sri Lankan labor laws will not apply in the CPC. Under Clauses 52 and 53, exemptions may be granted by the Commission from several laws of Sri Lanka, including the Inland Revenue Act, Betting and Gaming Levy Act, Foreign Exchange Act, and the Customs Ordinance.

“The Commission being empowered to grant exemptions from Sri Lankan laws, undermines the legislative power of the People and of Parliament and violates Articles 3 and Article 4 (c) of the Constitution,” Wickramaratne points out.

However, the State Minister of Money & Capital Markets, Ajith Nivard Cabraal, said that the CPC would be under Sri Lankan jurisdiction. All major decisions with regard to it will be taken by the President of Sri Lanka. Parliament will oversee the CPCEC’s activities.

Legal and other administrative activities will be governed and regulated by the Lankan government. Financial activities will take place only with the concurrence of the Central Bank of Sri Lanka. Law and order will be under the Lankan police, he clarified.

All taxes imposed by the CPCEC will be credited to the Consolidated Fund of Sri Lanka and will, in turn, go to the Inland Revenue Department. Only Foreign Direct Investors will invest in the CPC. But foreign legal and accounting firms cannot be set up shop in the CPC.

And all company registering, licensing, approvals and regulation of activities will be done by the CPCEC in consultation with the government its regulatory bodies.

Cabraal further said that the Lankan President will present all investment approvals in the CPC to the cabinet. The President will regulate tax concessions, licenses, and investment approvals. These would be done with the concurrence of Lankan regulators such as the Central Bank or the Auditor General. Cabraal also said that such decisions would be put on the gazette and the documents presented to parliament within three months, or they would become defunct.

He pointed out that the CPCEC will be audited by an international auditing firm selected with support from the Auditor General. Furthermore, the Attorney General has said that the CPCEC Bill does not violate the constitution.

Cabraal denied that only Chinese will invest in the CPC and decried the propaganda that it will be a “Chinese colony”. During his recent visit to Oman and Qatar he saw interest in investing in the CPC, he said. Overall, US$ 15 billion is expected to come as FDI and 85,000 locals could get jobs.

Justifying the CPC project, Cabraal said Sri Lanka needs the CPC desperately. The Debt-to-GDP ratio has climbed to a dizzying 98%. There are high debt repayments pending over the next few years. Economic growth has been persistently low.

Foreign investment is poor. The government therefore needs the CPC project to bring money into the country, help jump-start economic and income growth, and put the country on to modern economic reforms. Reforms are needed because Sri Lanka has dropped in the World Bank’s Ease of Doing Business rankings to the 99th position, behind India, Bhutan and Nepal in the South Asian region. 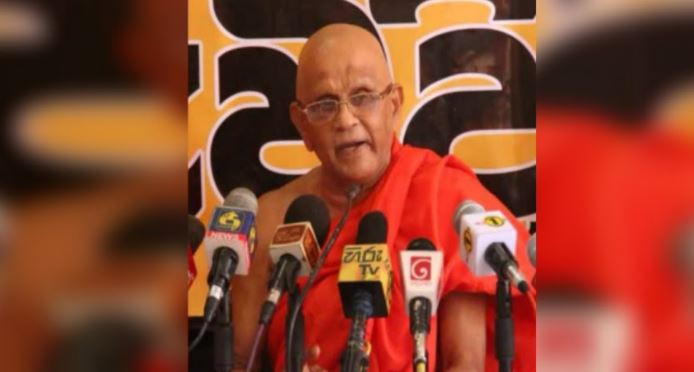