Young Women and Men from Myanmar Cities Head to the Jungle

Htar Htet Htet, who represented the nation at the first Miss Grand International beauty pageant in Thailand in 2013, now is sporting an assault rifle in her hand.

To top it, she just quoted the Latin American revolutionary Che Guevara’s famous words on her Twitter handle: “The revolution is not an apple that falls when it is ripe. You have to make it fall.”

After this quote, she gave her punch line: “We Must Win”.

The photograph and quote have been reported widely around the globe. There is hardly a newspaper that did not publish her photograph holding a rifle in her hand and wearing battle fatigues.

What made Htet Htet take up a gun and quote Che Guevara?

This is perhaps the first time in history that a national beauty queen leaves her home to move into thick jungles to wage a war, against a military junta that has killed at least 900 civilians in Myanmar.

A large number of its victims have been women.

In fact, it is women who are considered the spine of the revolution and mass civil disobedience movement underway in the country.

The movement has now entered a crucial phase, continuing for quite a long time with the junta relentlessly killing people and the people doggedly defying the soldiers to persistently demand the reinstatement of the democratically elected government.

Historically, women have led the way in anti-military revolutions in Myanmar. Who does not know Aung San Suu Kyi? It was her elected government that the army toppled in a coup on February 1.

Suu Kyi was once seen as a symbol of women in power. In Myanmar she was the icon of women fighting for years together to install an elected government in the teeth of all opposition by the military.

Htet Htet’s joining the revolution comes at a very crucial juncture as armed rebel groups of many ethnicities have intensified attacks on the Tatmadaw, the Myanmar army.

Htet Htet fled from Yangon just weeks ago with a friend. She now is deep inside a jungle to undertake military training with two rebel groups: the Karen National Defense Organization (KNDO) and the United Defence Force (UDF).

It proves that both KNDO and UDF strongly support this civil disobedience movement which now is being dubbed internationally as a phase of civil war.

Like Htet Htet, another Miss Grand Myanmar contestant Han Lay has spoken out against toppling the Suu Kyi government by a military coup.

In fact, a large number of young women and men now are leaving the urban areas to go to jungles to take up arms and get themselves trained by rebel groups to wage guerilla warfare against the Tatmadaw.

With this, a new trend of leaving peaceful demonstrations to transit into armed rebellion is gaining ground in Myanmar. Recently, several weapons and explosive material including gunpowder were found in several parts of Myanmar. It is also believed that a group of young men and women have joined the rebel group in Kayah state along the eastern border. 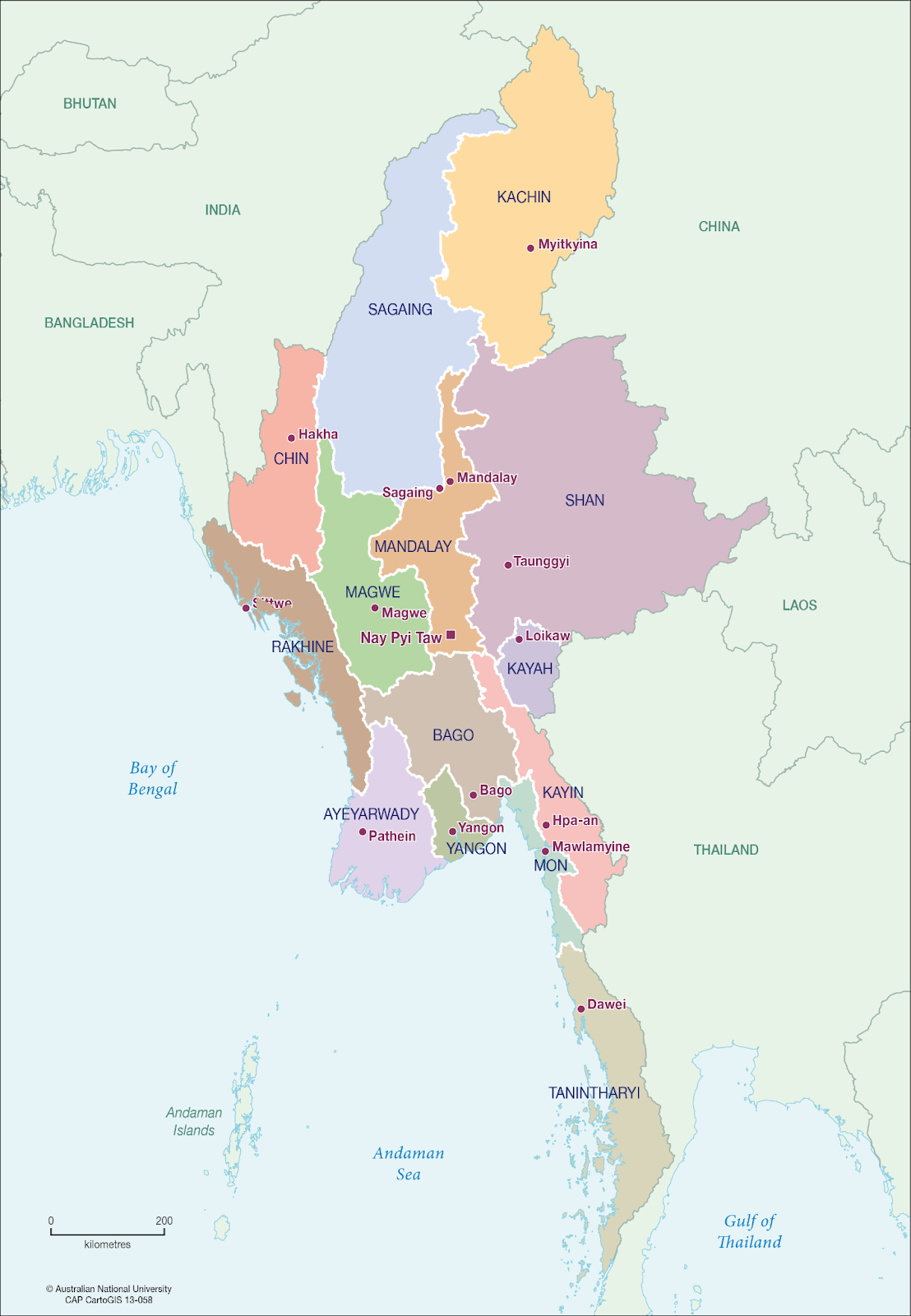 The growing trend of transition from demonstrations, sit-ins, rallies and candle light marches in memory of those protesters killed by the Tatmadaw to direct armed fight is clearly visible.

Myanmar, a country of about 55 million people, has a large number of ethnic rebel groups. These heavily armed groups regularly clash with the police and armed forces.

As a result, the current tendency of women and men joining them deep inside the jungles to take up arms training and wage guerilla warfare may further put Myanmar in a total chaos as the Tatmadaw is likely to combat such rebels with total brutality.

20% of the electoral candidates of Suu Kyi’s National League for Democracy were women. Thus, the fall of her government had a tremendous psychological impact upon women as they felt it as their very own downfall from power.

In fact, the NLD managed a landslide victory defeating the military-linked and male-dominated conservative Union Solidarity and Development Party.

As a result, the Tatmadaw declared that there had been rampant malpractice in the polls and brought down the Suu Kyi government in a military coup, which are not new to Myanmar.

Another resistance leader, the poet Khet Thi, 45, was killed by torture when he was taken to jail. His wife said that when his body was handed over to her, she found vital organs of her husband’s body missing.

The revolutionary poet Khet Thi’s torture and murder shows how the Tatmadaw has revived the oft used term Resistance Movement that we heard so much during World War II.

Khet Thi and wife Chaw Su were in the revolutionary movement against Tatmadaw. Both were frequently taken to army headquarters for ‘interrogation’. Both were busily engaged in the Resistance Movement in the town of Shwebo, in the Sagaing region, now a centre of resistance to the coup.

In one such an event of interrogation at Shwebo, they were interrogated together. After this, she was asked to go and her husband was detained for more interrogation. He did not return home. 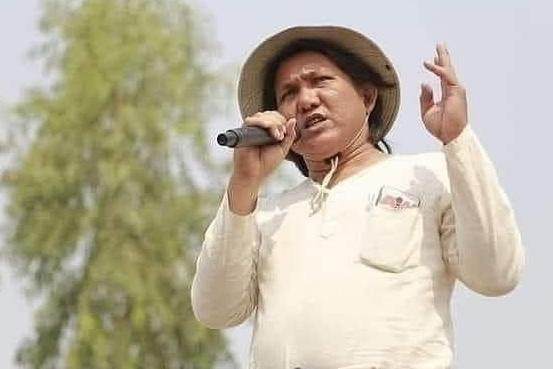 That was the death of the third revolutionary poet during protests since the February 1 coup. K Za Win, Thi’s close friend and also a poet opposing the military junta, was shot dead in March. He was just 39.

People from all walks of life have come forward to help those fighting for the restoration of Suu Kyi’s government. While women lawyers and bankers formed an informal group to offer legal and financial aid, nurses, doctors, thousands of garment workers, predominantly young women, are regularly supporting the civil disobedience movements.

They are regularly forming large human chains with arms interlocked. But the Tatmadaw fires bullet despite such human chains being peaceful.

The Tatmadaw totally disrupts internet every night from 1am to 9am and has banned all social media. This is in addition to overnight curfews.

In the night, the army moves in the streets with orders to shoot on sight. But the intrepid people move clandestinely on foot, taking advantage of night’s darkness, from one house to another during the night to collect information.

Most of the Resistance Movements across the world in all ages have succeeded.

The military junta should realise this, and restore democracy in Myanmar. If not, more and more Htar Htet Htets and Ket This will take up guns and words to target the army.

In such a case, no army howsoever powerful can win. 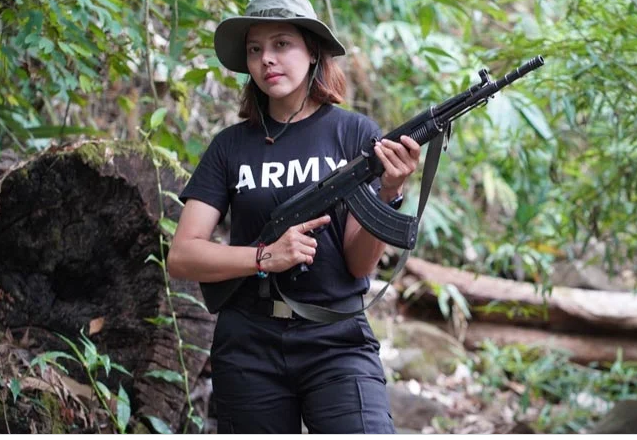