The manner in which events in Afghanistan are unfolding demonstrates clearly that the Taliban have not lost the will or capability to fight; that their objective of ousting the Kabul government and all foreigners remains intact; and that they are probably looking to the day when they would again rule an Islamic Emirate from Kabul.

A panel of UN Experts had told the Security Council that the Taliban numbered now between 50000 to 100000.

Former US President Donald Trump was the only one to openly admit the possibility of such an outcome after the foreigners withdrew. The Biden administration has been making noises about retaliating from the air if the Taliban try to capture Kabul.

The Russians had used air power extensively in Afghanistan but had to retreat. It would be delusionary for the Americans to imagine that when the combined US and NATO forces were leaving the Taliban in control of over 52 percent of the country that the Taliban would be cheated out of a final victory by drones and airstrikes from outside Afghanistan’s borders.

For the Taliban an enemy who leaves the field is defeated and that is how they would approach the US and NATO whatever these powers might declare. Pakistan had told the CIA Director that it would not agree to allow its territory to be used.

US Special Envoy Zalmay Khalilzad, back in the region, had cautioned about the possibility of a continuing war if indeed the Americans do what they are saying and there is no political settlement. Despite successive rounds of talks in Doha between the Taliban and Government chosen representatives and the formulation of plans to take the peace talks forward the Taliban continued to balk at talking to the Afghan government and Khalilzad had admitted that that the peace process had been slow and that both sides of the negotiations had not focused on the main issues.

Negotiations between the Taliban and Afghan representatives began last September in Doha, Qatar and continued earlier this year. But the Taliban announced on April 13 -- a day before President Joe Biden’s announcement that all U.S. troops would leave by Sept. 11 -- that it would not take part in any conference intended to decide the future of Afghanistan until all foreign troops were gone.

One sign of what the Taliban have in mind is the massive escalation in violence. With September 2021 set as the deadline for the complete America withdrawal, both the Taliban and Islamic State- Khorasan Province under its new leader Shahab al-Muhajir, appointed in June 2020, would continue to undertake attacks, predominantly in Kabul, provincial capitals and urban areas in the east of Afghanistan.

The panel of UN Experts had told the Security Council that the Taliban were responsible for the great majority of assassinations that had become a feature of the violence in Afghanistan. The Analytical Support and Sanctions Monitoring Team of the United Nation reported that a significant part of the Al-Qaeda leadership continued to reside in the Afghanistan and Pakistan border region, including the group's leader Aiman al-Zawahiri.

While the Afghan government maintained that the roots of the network were still alive in Afghanistan and the group still posed a threat to the country and the world and was collaborating with the Taliban the Taliban had denied any relationship with Al Qaeda.

Among the major attacks that had occurred recently there had been a predominance of the Hazaras being targeted with Islamic State claiming responsibility. Estimates suggest that in the first six months Kabul District accounted for at least 206 fatalities, including 182 civilians, and also security force personnel.

In terms of categories those attacked included government officials and functionaries, media personnel- men and women-, lecturers and academics, police and security forces and Afghan army personnel, schools-where in one instance 100 people were killed in Kabul. Mosques and Imams and clerical personalities had also not been spared with Mufti Numan of the Sharif Haji Bakhshi Mosque in Kabul Province killed.

Infrastructure like the Pashdan dam in Herat had also been targeted. Deminers from the HALO Trust were killed in the northern province of Baghlan. The UN reported that between 13 November and 11 February 2021, 88 attacks were carried out using magnetic improvised explosive devices, a new entrant into the field. 43 of the attacks were in Kabul, including against prominent public figures. The UN reported that a group had been created by the Taliban under the name Obaida to carry out targeted attacks.

In the run up to the America withdrawal, President Biden had proposed replacing the current Afghan government with an interim administration until a new constitution was agreed upon and elections held. The Taliban had dismissed the proposal saying transitional governments had proven ineffective and that the group did not believe an interim government could deal with the country’s challenges.

The group had sought the release of 7,000 more prisoners by the Afghan government as well as the removal of their leaders’ names from the blacklist, as catalysts to renew the peace efforts. This was not accepted by Khalilzad who also said that the Taliban had not responded to a US plan for Afghanistan.

But after a visit to Quetta the Taliban had hinted that the group could submit its own plan. Some negotiators of the Islamic Republic of Afghanistan and the Taliban held a meeting in Doha in the third week of May while the stalled peace efforts showed no progress after the announcement of the date of the US withdrawal from Afghanistan.

The Pentagon had said that the withdrawal was more than 50 percent complete. In keeping with their agreement, the Taliban had desisted from attacking foreigners but continued their determined assault against the Afghan government’s forces. Taliban checkpoints had proliferated across key parts of Afghanistan as U.S. forces had withdrawn leaving Afghan towns and cities increasingly isolated and impeding the Afghan government’s ability to function.

The outposts along major highways hampered military resupply efforts, disrupted the provision of government services, and undercut confidence in the country’s elected officials. The inability of government employees to use major roadways in Afghanistan was preventing more Afghans from receiving government services and affecting the functioning of schools.

Speaking to NATO in Brussels, President Biden had said that there was agreement that the NATO alliance would continue its support to the Afghans after the withdrawal of international troops. NATO Secretary General Jens Stoltenberg said the Resolute Support mission was ending but NATO would continue supporting Afghanistan in four ways: funding Afghan forces, out-of-country training for Afghan forces, a continued civilian presence, and maintaining "critical infrastructure" such as the Kabul airport.

Turkish President Erdogan had sought to secure brownie points stating that Turkey would be the "only reliable" country left to stabilize Afghanistan after the US pulled out its troops, indicating Washington could rely on its NATO ally though relations between the two countries had been testy recently.

Erdogan had said that Turkish troops would remain at the Kabul airport only if political, financial and logistic support was provided by the allies. But the Taliban had made it clear that Turkey should withdraw its troops from Afghanistan under the 2020 deal for the pullout of U.S. forces.

Efforts to pin down the Taliban into agreeing to officially talk to the Afghan government had got nowhere. A summit organized by Turkey in April was boycotted by the Taliban who claimed that the Biden’s administration’s move to shift the deadline for withdrawing troops went against the American agreement with the Taliban.

Delegations from the Taliban and from the Afghan government as well as Khalilzad, had attended a conference organized in Moscow. After the conference Russia’s Sputnik reported that Russian Foreign Minister Sergey Lavrov had said that the “monopolization” of power by the Taliban in Afghanistan was not acceptable.

A “Makkah conference” had also been organized in Riyadh in Saudi Arabia by the Muslim World League, with participation from Pakistan and Afghanistan, which released a Fatwa declaring that the ongoing war in Afghanistan was illegitimate. Afghan civil society activists announced their support for the statement.

There had been signals that the US would cut aid to Afghanistan to leverage Ghani’s government and the Taliban to talk directly. John Sopko, the Special Inspector General for Afghanistan reconstruction had warned against any such move as further cuts in by the United States and other donors could cause the government to collapse and create chaos in the country.

The United States, which had been reducing aid for Afghanistan, pledged as much as $600 million for a year, but made half contingent on progress in the peace talks between the Taliban and a delegation that included government officials. Sopko had told the media that eighty percent of Afghanistan’s budget was funded by the U.S. and other international donors and if the donors kept reducing funding that would be the end of the Afghan government.

With increasing uncertainty about what the future post -September 11 would bring, thousands of Afghans who had been working for the foreign forces were queuing up for asylum. As part of their attempts to demonstrate good faith the Taliban had told Afghan interpreters and staff members that the Afghans could continue their normal life, and that they would not face any threat. In areas where the Taliban presence was escalating as the foreign troops withdrew local people had also begun to arm themselves.

As the days pass, there appears little likelihood that suddenly pre- September 11 the Taliban will agree to talk to the Karzai government or agree to any interim government. In all likelihood the initial phase post September 11 will see the Talilban consolidating in those areas which are still under government control; encouraging cross overs from the armed forces; and once well entrenched, marching on Kabul.

Those who believe that after all the fighting over the decade the Taliban would be satisfied with a lesser prize could be termed innocent or naïve. As Taliban leader Stanakzai had said there would be no Afghan army once the Taliban take over—It will be all Taliban.

There is always the likelihood that once the foreigners are gone infighting within the Taliban might occur with the more hardline younger fighting commanders wanting a full restoration of the Taliban code of governance.

A lot will depend on the game Pakistan plays Imran Khan’s protestations about wanting a political agreement and peace notwithstanding, and on whether the resources to run Afghanistan would still be available from international sources. Without funds the economy will crash; the people will suffer; and the Taliban if faced with local dissent would become more intolerant and ruthless. 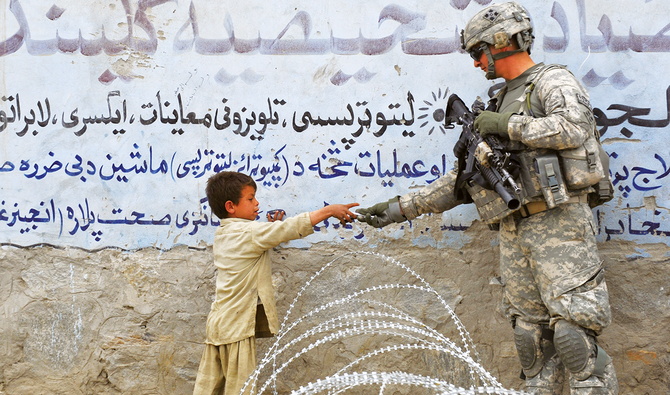 The Indian Foreign Service Diminished By Its Own 18 hours ago

Economics with a Human Face: Young Writer Makes a Mark with His First Book 18 hours ago